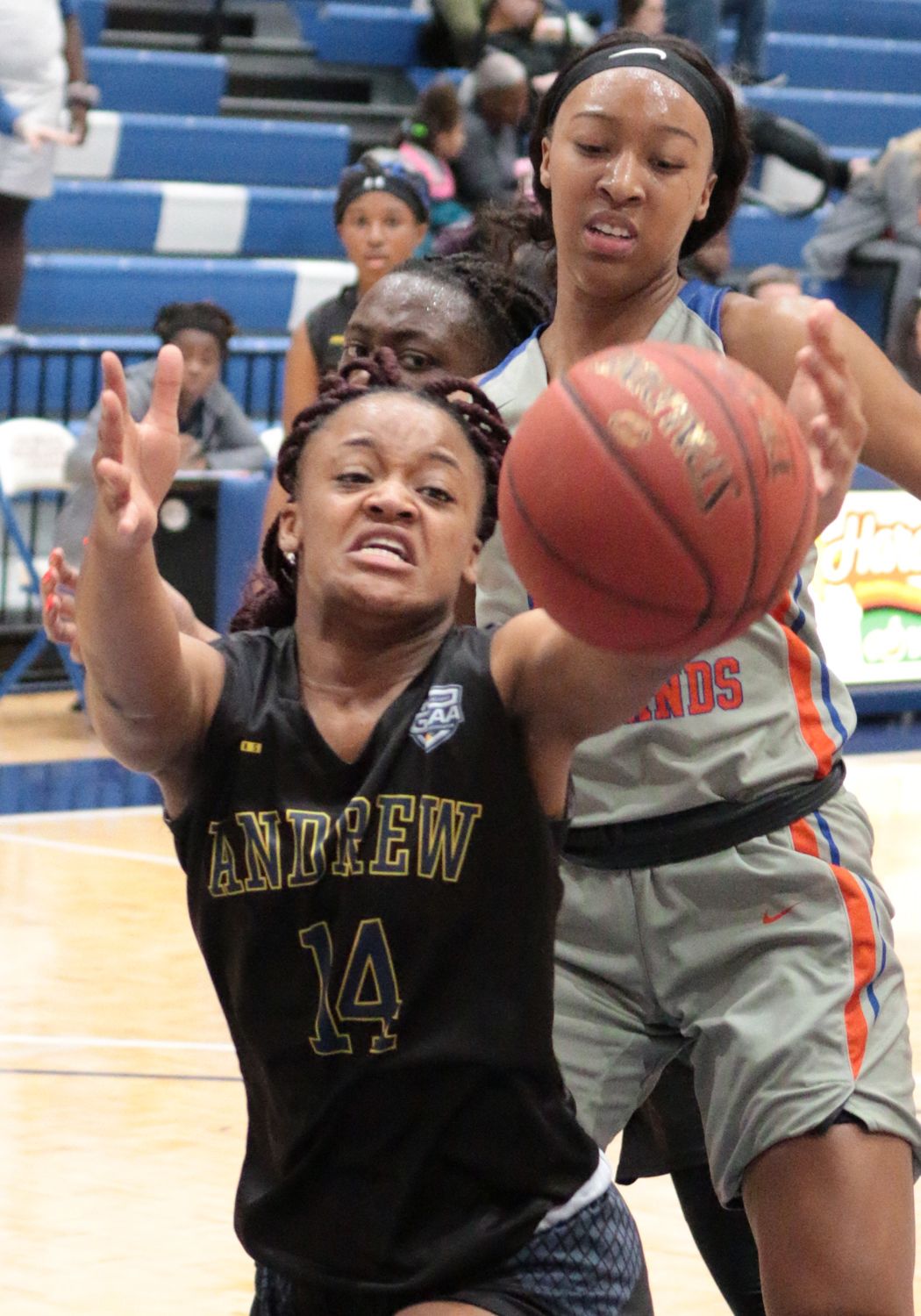 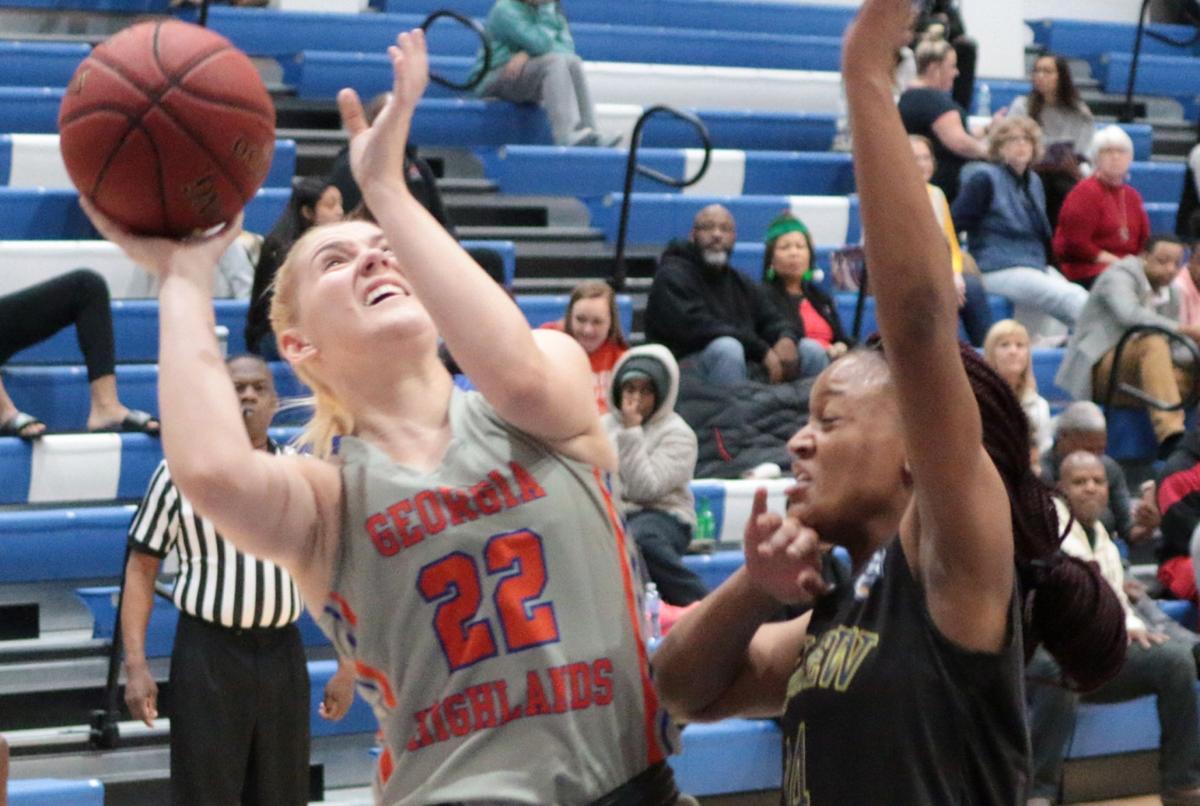 Georgia Highlands’ Lucy Threlfall (22) tries to take a shot while being defended by Andrew College’s Aakeriyah Davis during Wednesday’s game.

Georgia Highlands’ Lucy Threlfall (22) tries to take a shot while being defended by Andrew College’s Aakeriyah Davis during Wednesday’s game.

Leading the majority of the game, the Georgia Highlands women’s basketball team poured it on in the second half against visiting Andrew College for its third straight win.

A tough press defense combined with a big run in the fourth quarter led the Lady Chargers to a 91-47 victory Wednesday in a Georgia Collegiate Athletic Association contest.

“Tonight was good for us,” GHC head coach Brandan Harrell said. “We needed tonight. We’ve won the last two conference games, but in both games we built a lead and then we let teams get back in it at the end.”

The fourth quarter is when the Lady Chargers really started to pull away. Ja’Lyn Reese opened the quarter with a basket to push GHC’s lead to 20 points with a 63-43 score.

That bucket kick-started a 15-0 run, 11 points of which were scored by Reese, and the Lady Chargers rolled to the win as they held Andrew to just four points in the final quarter.

Reese finished the night with 25 points for the Lady Chargers (7-5, 5-1 GCAA), with three 3-pointers, five steals and five rebounds, Jahnaria Brown had 13 points and 13 rebounds, and Alexandria Shishkina and Nijeria Jordan each had 11 points. O’Mariyah Tucker added 19 points off the bench.

After trailing by five points at the end of the first quarter, Andrew cut GHC’s lead to two points on a basket from Taliah Wesley for 17-15 score. That was as close as the Lady Chargers would let them get as they closed out the quarter with a 24-8 run for a halftime score of 41-23.

GHC will host Chattahoochee Valley Community College on Saturday and will take a break from conference action until it hosts Southern Crescent Technical College on Jan. 4, 2020.

Georgia Highlands pushed its winning streak to four games Wednesday at home as the Chargers rolled to a 130-75 win against New Rock Prep.

The Chargers let loose from long distance against New Rock Prep draining 13 of 26 3-pointers, while out-rebounding their opponent 47-25.

New Rock Prep was led by D’Allen Pritchett with 11 points.

The Chargers (7-4) will next face ABI Sports Academy on Saturday at home. GHC will begin conference play Jan. 2, 2020, at home against Andrew College.