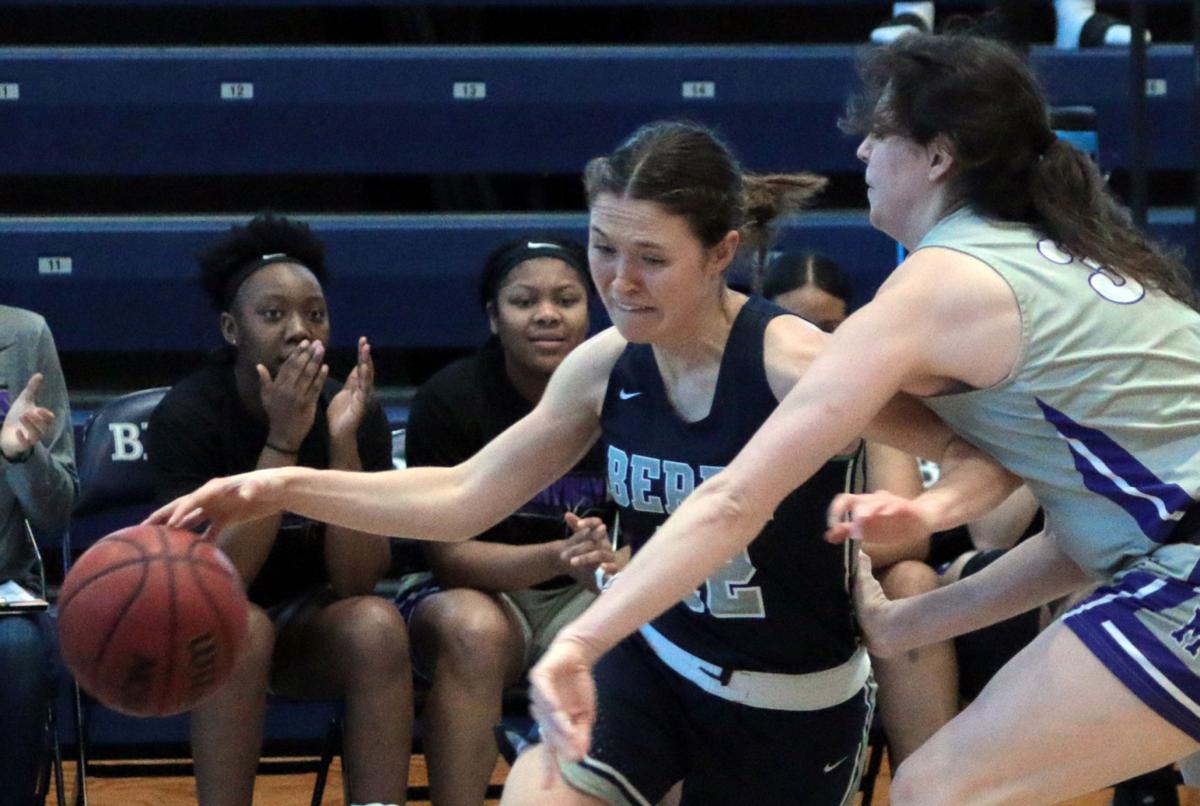 Berry’s Eveline Parsons (left) drives to the outside of Millsaps’ Anna Wilson during Sunday’s game at the Cage Center. 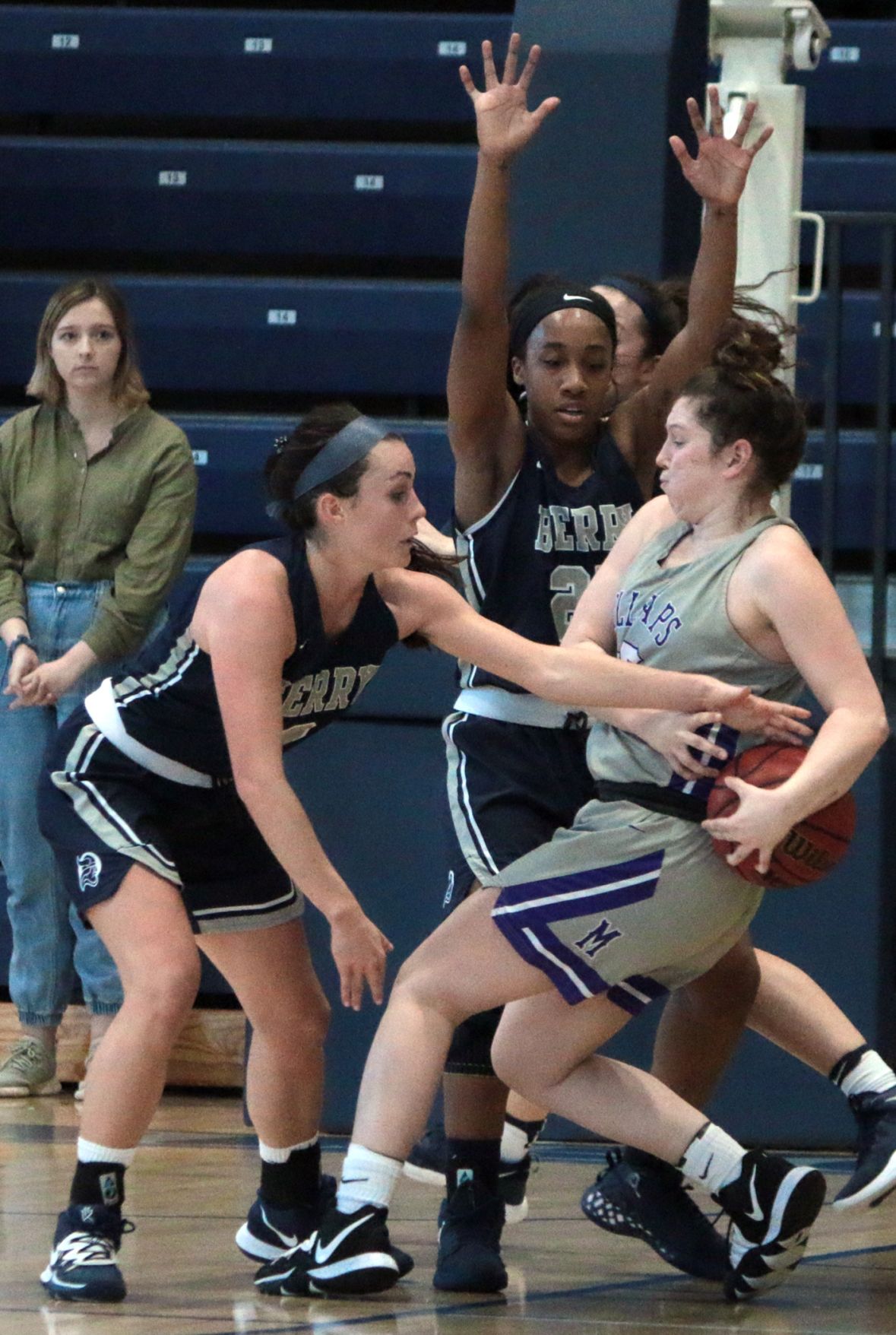 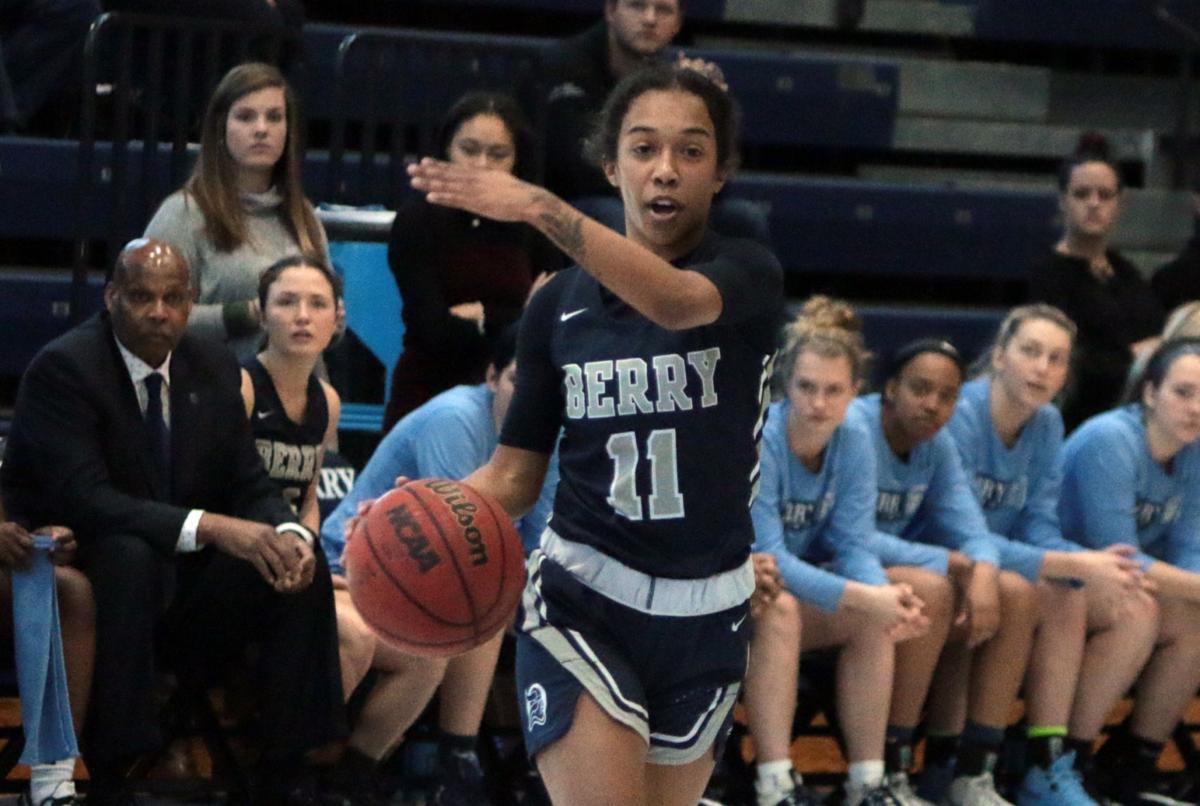 Berry's Jana Morning directs her teammates as she dribbles the ball down the court during Sunday's game against Millsaps at the Cage Center. 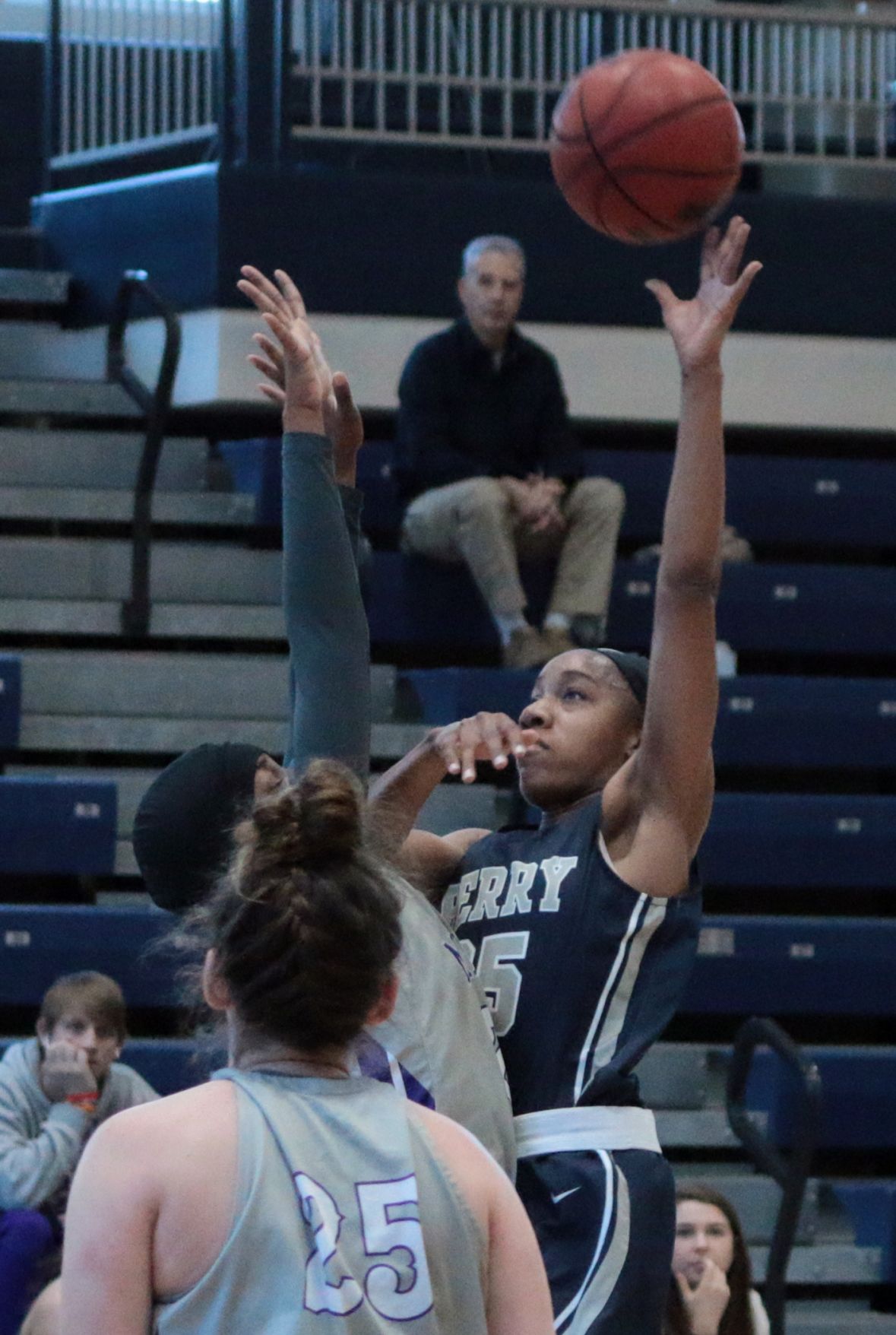 Berry’s Eveline Parsons (left) drives to the outside of Millsaps’ Anna Wilson during Sunday’s game at the Cage Center.

Berry's Jana Morning directs her teammates as she dribbles the ball down the court during Sunday's game against Millsaps at the Cage Center.

Berry women’s coach Thomas Johnson knows when his players are having fun and playing together they can do some special things on the basketball court.

And they had some pretty good times against Millsaps on Sunday afternoon.

A pair of 3-pointers by Jana Morning sparked a 12-2 Berry run that ended the first quarter and provided all of the fuel needed to propel the Vikings to a 51-28 win over the Southern Athletic Association opponent at the Cage Center.

It was the fourth victory in the last five games for Berry, who kicked off the weekend with a win over Birmingham-Southern on Friday.

The visiting Majors made just nine of 37 field goals and went scoreless in the final quarter, while Berry (10-8, 3-4 SAA) was 16-of-50 from the field, including going 12-of-29 form 3-point range. Millsaps had just two treys in the game.

“We sort of hang our hat on our defense,” Johnson said. “I think when we play that way we really energize ourselves and do a great job of trying to take away things that the other team does. We work really hard on that and take a lot of pride in it, so I thought tonight just giving up 28 points and only giving up two threes was huge for our defense. I think our kids really work hard and they enjoy playing with each other, so it was a fun win and a great team win all the way around.”

While the Vikings were slightly out-rebounded (35-31), the Majors’ shooting woes gave Berry ample opportunity to build on its lead, going into halftime up 28-14 and then into the fourth up 43-28.

Morning led all scorers with 17 points, including five 3’s, five assists and five rebounds. Eveline Parsons dropped in four treys on the way to 12 points, while Madeline Sandman added 11 for the Vikings.

The leading scorer for Millsaps was Andrea Rayford with eight, while Dia Fortenberry, the conference leader in points per game going into Sunday’s contest, was held to three points.

Both teams struggled early on, with the Majors (8-10, 2-5) owning a 7-3 lead in the first quarter before Morning’s back-to-back 3-pointers kicked off Berry’s first big push of the game and gave the Vikings a lead that they would never relinquish.

Johnson said his team’s rushed attitude on offense from the start was only aggravated by Millsaps’ penchant on changing their plays around.

“They sort of mixed their zones up. They kept going from one zone to another, and we weren’t patient enough just to wait and see what they were in and then make the call and make the adjustment,” Johnson said. “So we had to slow that down, but once we were able to do that we were able to get some good offense going.”

Despite the team’s recent successes, Johnson was quick to push aside the notion that they are in any routine when it comes to conference play. The Vikings start a four-game road stretch Friday at Birmingham-Southern.

“I don’t think there is a routine in conference play. You try to hold home court and you try to get a couple on the road,” he said. “But I like our team. I really love our team. I think they play extremely hard and we’ve got great team chemistry.

“If we play hard every night, you know, I’ll settle for whatever results we get if we give that effort. Usually if you give that effort the wins take care of themselves, and so far they have.”