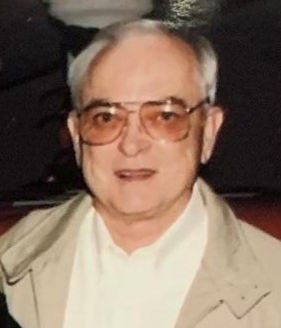 Mr. Chaney Clements, age 81, of Rome, passed away on Thursday, January 2, 2020, at his residence. Mr. Clements was born in Walker County, Georgia on October 15, 1938, son of the late Oliver Clements and the late Ruth Manning Clements. He was also preceded in death by his wife of 53 years, Frances Ingram Clements, on November 15, 2019. Prior to retirement, Mr. Clements worked for a number of years at Atlanta Gas Light. He was a veteran of the U. S. Army serving during the Vietnam War. Mr. Clements was of the Baptist faith and was a member of the 40 & 8, the Oostanaula Lodge #113 F.&A.M., the Low 12 Club, The Rome Shrine Club, the Yaarab Temple, and the American Legion Post #5 where he was a former member of the Honor Guard. Survivors include his godchildren, Tammy Eubanks Perry (Kenneth), and Marty Eubanks (Jennifer); his close friends, Mark & Sue Eubanks. Funeral services will be held on Sunday, January 5, 2020, at 3pm in the Chapel at Henderson & Sons Funeral Home, South Chapel, with the Rev. Clifford Free officiating. Interment will follow in Sunset Hill Memorial Gardens with the American Legion Post #5 Honor Guard presenting military honors. The family will receive friends at Henderson & Sons Funeral Home, South Chapel, on Sunday from 1pm until 2:45pm. Members of the American Legion Post #5 Honor Guard will serve as pallbearers. Henderson & Sons Funeral Home, South Chapel, has charge of the funeral arrangements.

To send flowers to the family of Chaney Clements, please visit Tribute Store.
+2
+2