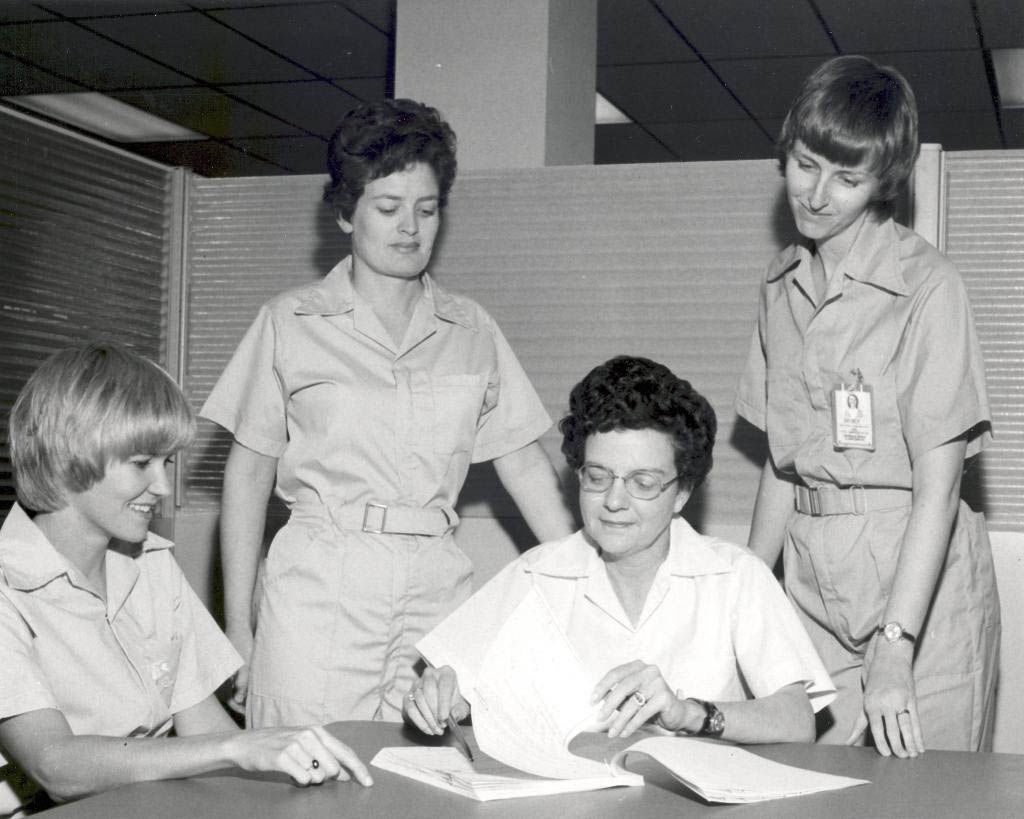 An all-female crew of scientific experimenters began a five-day exercise in December 1974 to test the feasibility of 11 experiments before their planned use on Shuttle/Spacelab missions. From left are Dr. Mary-Helen Johnston, Dr. Ann Whitaker, Doris Chandler and Carolyn Griner. 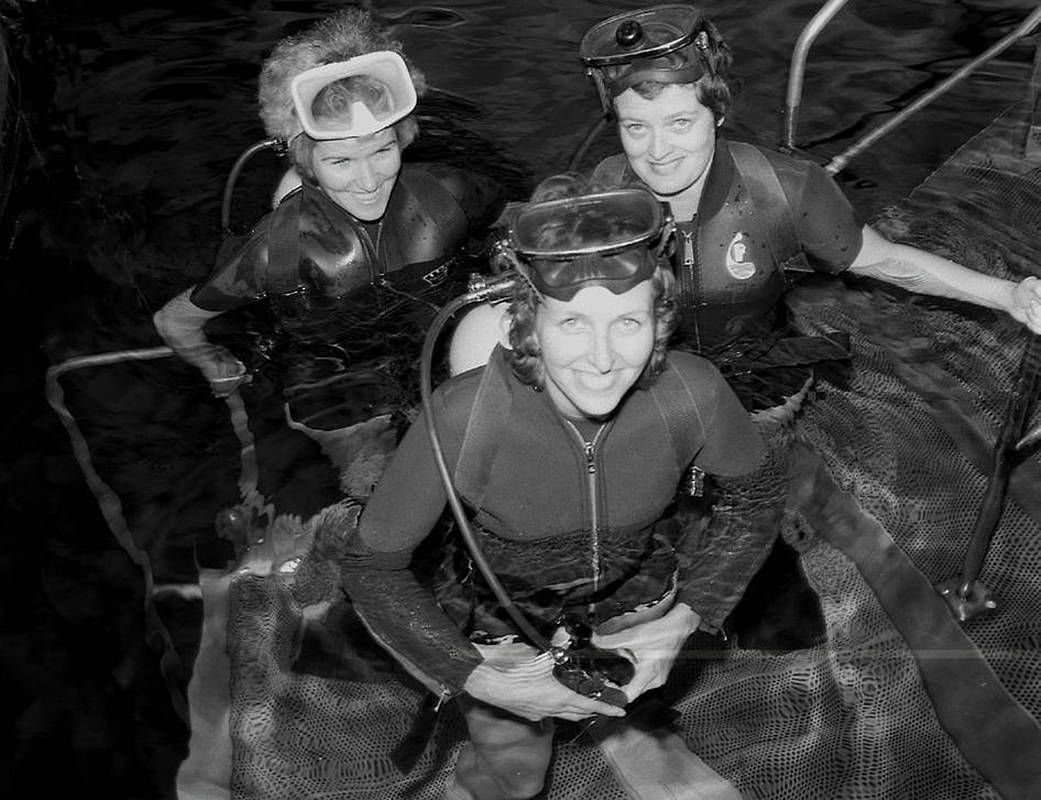 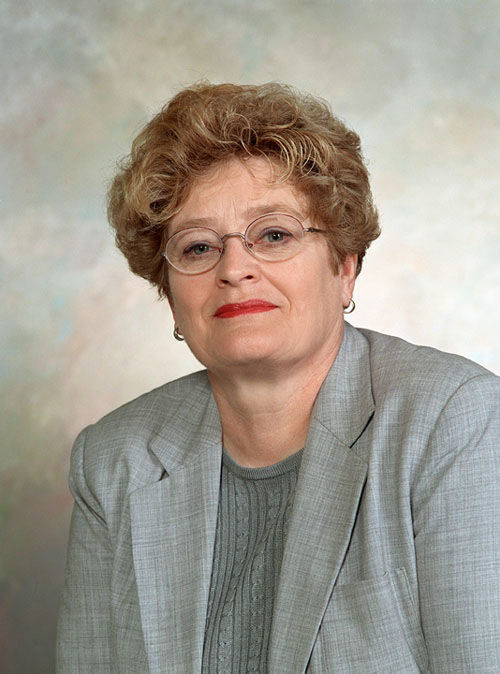 An all-female crew of scientific experimenters began a five-day exercise in December 1974 to test the feasibility of 11 experiments before their planned use on Shuttle/Spacelab missions. From left are Dr. Mary-Helen Johnston, Dr. Ann Whitaker, Doris Chandler and Carolyn Griner.

Man first set foot on the moon 50 years ago Saturday, and behind that single step was an entire army of individuals helping make it possible.

Men and women from all over America lent a hand in the process, including Dr. Ann Whitaker, a Berry College alumna and Plainville native.

After graduating from Calhoun High School, Whitaker attended Berry with interest in doing her part in the space race.

“I majored in physics and had signed up to work in that area because at that time the Russians were launching Sputnik,” said Whitaker of the Soviet-launched satellite. “The U.S. was technically needy in that area.”

Whitaker was among the first women to receive a degree in physics from Berry College, graduating in 1961.

While on a fellowship at the University of Alabama in Tuscaloosa, Whitaker says she was talked into heading to Huntsville to apply for a NASA job sometime in 1962 or ’63.

“I had a friend who had also gone to Berry who said she was tired of going to school and not having any money,” Whitaker said.

“She said ‘let’s go up to Huntsville.’ We got job offers right away.”

Little did she know at the time, but Whitaker’s broke friend had led her into a successful lifelong career in the space program.

“I worked in the laboratory on lubrication surface physics,” Whitaker recalls. “At that time there weren’t as many electrical systems as there were mechanical, so we had to be concerned about surfaces that moved against each other. We worked with solid film lubricants, bearing systems, and even the tractor crawler.”

Whitaker said it was an interesting time working for NASA during the space race and especially the Apollo 11 mission efforts.

“It was exciting,” Whitaker said. “Everybody was working as hard as they could to make it happen. You just felt like you were part of it.”

During her early years working in Huntsville, Whitaker recalls the great interest in the space program from the outside, which even led to a few encounters with celebrities.

“I remember Lady Bird Johnson visiting and I was able to introduce her to some people,” Whitaker said. “I also spent time playing tour guide for the famous South African cardiac surgeon Christiaan Barnard, and even spent an hour showing around the guy who played (Ed) Norton on the Honeymooners,” referring to actor Art Carney. “He was a very serious person and asked a lot of questions.”

As far as the eventual moon landing itself, Whitaker said although she played a small part in the event, she didn’t do anything particularly interesting to commemorate the feat that night half a century ago.

“I just remember watching that picture of stepping on the moon,” Whitaker said. “I stayed up that night and watched from home … It doesn’t seem like it’s been 50 years.

Eventually, Whitaker earned her masters in physics at Alabama-Huntsville and a doctorate in engineering from Auburn, and went on to work 39 years at NASA in a number of capacities.

“I worked in different areas, was head of the materials and processes lab and even spent a little time in the Washington, D.C., headquarters,” Whitaker said.

Later in her career, Whitaker served as director of the Science Directorate at NASA’s Marshall Space Flight Center in Huntsville and was a 2003-04 Hermann Oberth Award recipient from the Alabama-Mississippi Section of the American Institute of Aeronautics and Astronautics.

Today, Whitaker is considered a pioneer in developing methods for predicting the performance of materials in the space environment and now lives as a retiree back in Huntsville where her space career began so many years ago.

House Dems to outline case for removing Trump from office