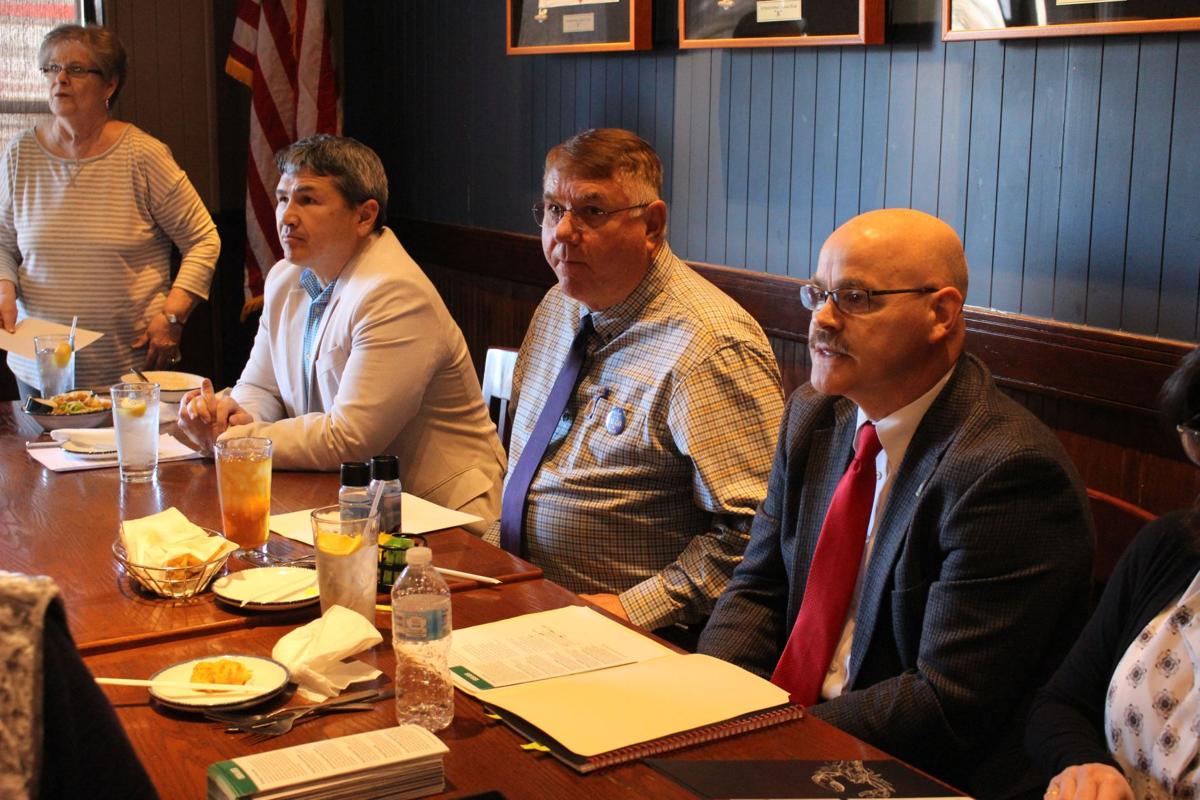 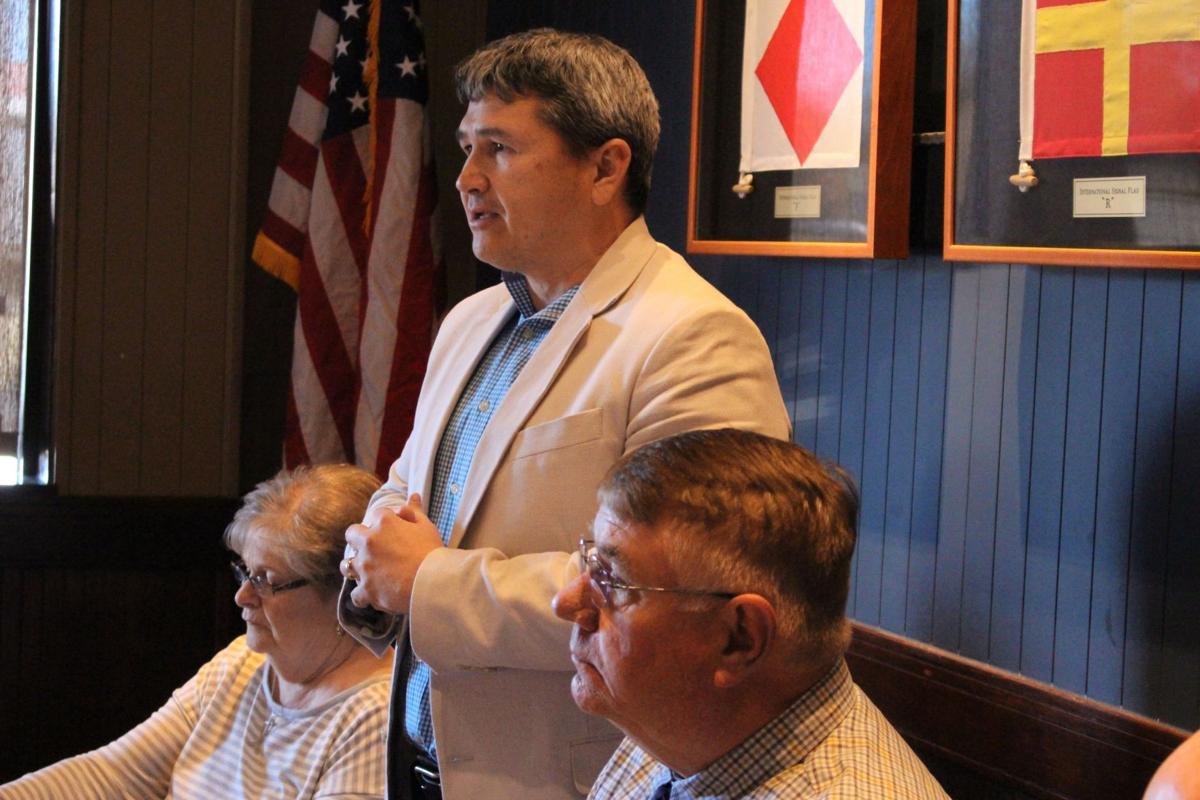 FCSO Maj. Dave Roberson talks about working on local issues and listening to the community in his opening speech at the Floyd County Republican Women's Luncheon. 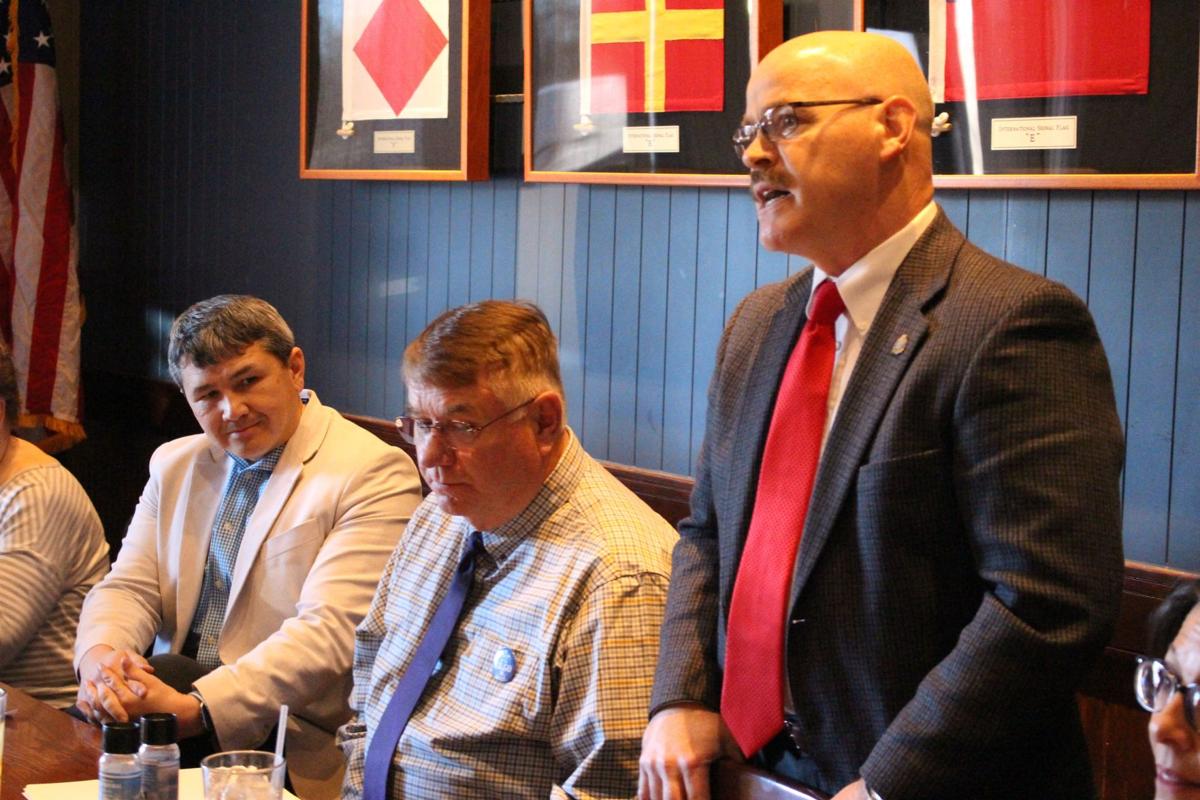 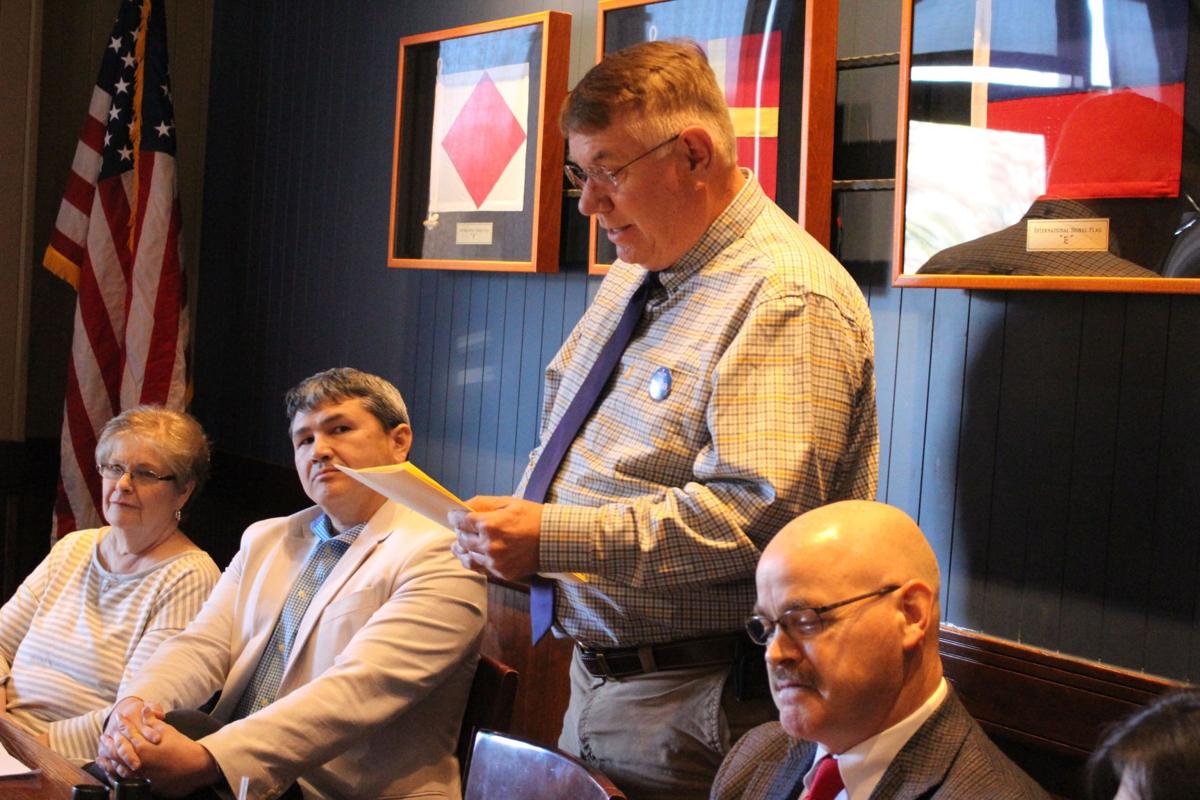 Sheriff candidate Ronnie Kilgo talks about his campaign plan to create a good work environment for at the Floyd County Republican Women's Luncheon on Tuesday.

FCSO Maj. Dave Roberson talks about working on local issues and listening to the community in his opening speech at the Floyd County Republican Women's Luncheon.

Sheriff candidate Ronnie Kilgo talks about his campaign plan to create a good work environment for at the Floyd County Republican Women's Luncheon on Tuesday.

With the Floyd County sheriff’s election approaching fast, the three Republican candidates got a chance to talk about their platforms and campaigns at the monthly Floyd County Republican Women’s luncheon.

Tom Caldwell, who was chief deputy for over 13 years, has been running since Sheriff Tim Burkhalter said he wouldn’t seek reelection.

“Being sheriff would allow me the opportunity to combine my two passions ... public safety and community service,” he said.

During his speech, Caldwell spoke about his “Core 4”, which are the four principles he’s chosen to focus on for his campaign: public safety, employee empowerment, accreditation approved policy and “transparency in our community.”

Caldwell said he believes his former role as chief deputy has prepared him to take on the role of sheriff and sets him apart from the other candidates.

“I thoroughly enjoyed doing it, it was an honor to do it, and I think that those things that I learned over the years gives me a unique perspective,” he said.

Ronnie Kilgo talked about his work and upbringing in the Rome-Floyd community, including his two successful businesses and his work in local law enforcement. Kilgo currently works as a reserve deputy for the FCSO and has experience in civil defense and ambulance services.

If elected sheriff, Kilgo said he wants to dedicate the majority of his work to bettering the lives of the FCSO employees and the Floyd County Jail inmates, as well as both groups’ families.

“I’m not running for sheriff for the money, I don’t have any axes to grind or scores to settle, I’m not on any ego trip ... I want to make things better,” Kilgo said.

Kilgo went on to say that, as sheriff, he wants to help better the community for his grandsons and help law enforcement officers.

“We need to take politics out of the sheriff’s office.”

Maj. Dave Roberson cites his family’s work in public safety and law enforcement as motivation for him to run for sheriff.

Roberson is the only candidate who currently works full time at the FCSO and, along with his current position as division commander, he has “had nearly every job at the sheriff’s office” during his 25-year-long career.

Roberson stated that in his current leadership position, he is constantly on the road and seeing the people of Floyd County.

“I know the issues that we’re having because I see them,” he said.

Over the past year, Roberson has talked to colleagues, friends and neighbors about what they think needs to be done in local law enforcement.

“No matter who is elected sheriff, I believe it is very important to be in tune with our community,” Roberson said.

Roberson has five areas that he promises to focus on if he is elected: relationships, recidivism, recruitment, retention and revenue.

Qualifying for the 2020 elections will take place in March and the primary election will be held at the end of May.

Illegal crossings plunge as US extends policy across border

No give: Trump's impeachment defense, prosecutors dig in

Many options await Prince Harry and Meghan after royal split