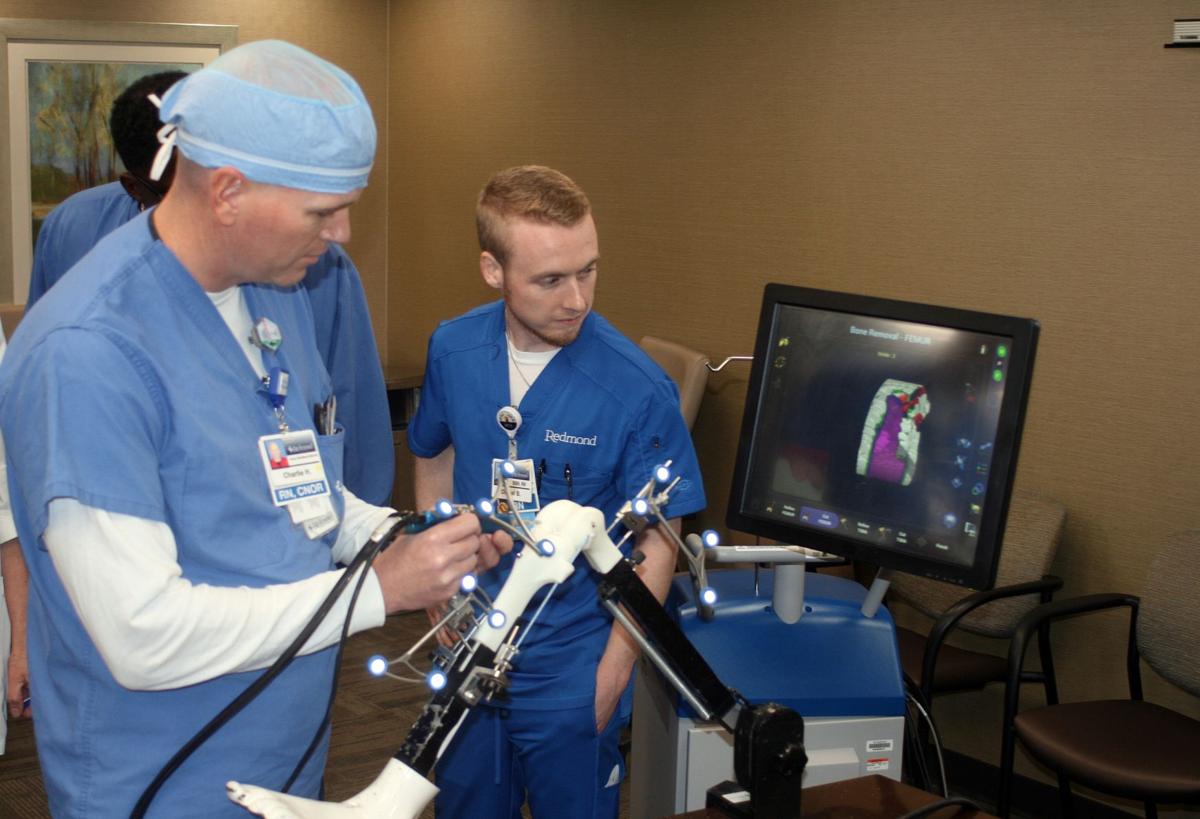 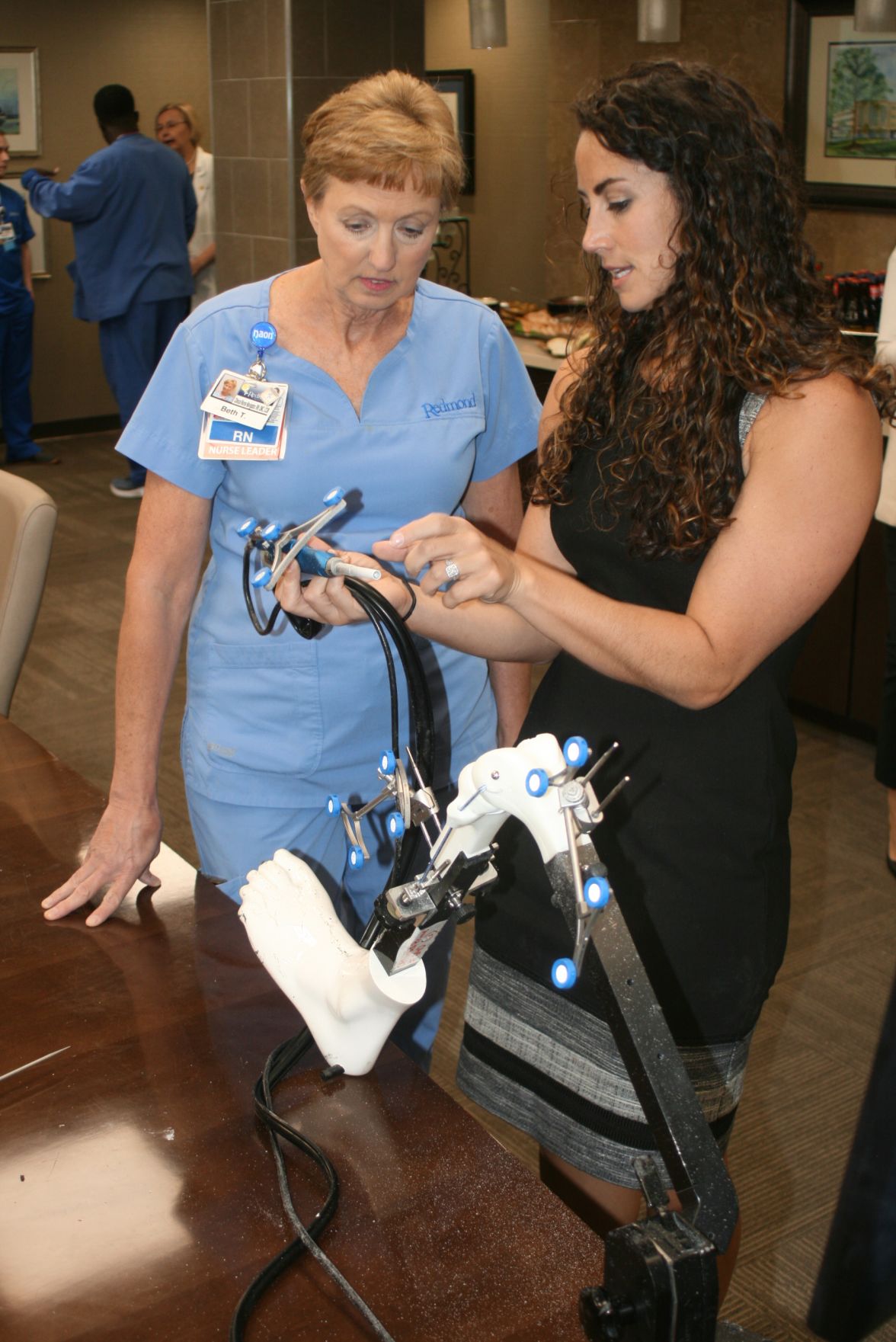 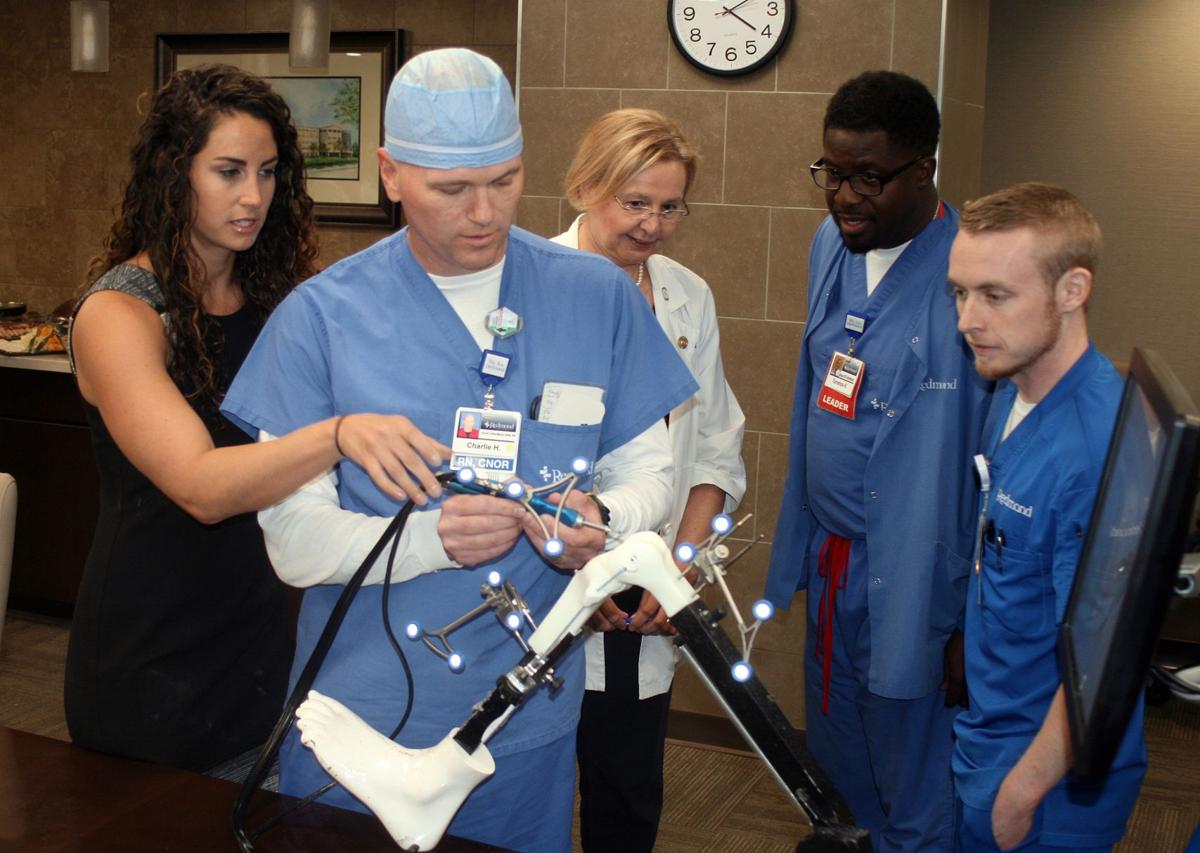 A robotic system that a company representative said is more accurate, and likely less expensive for patients, was used for the first time in the state on Monday.

Alison Ryan with Smith & Nephew said the NAVIO Surgical System is used for both partial and total knee replacement surgery.

One of the things that makes the system unique, she said, is that is CT free, which means the surgeon is able to use the device without the need for radiation and also less expensive.

"Our main goal any time we're trying to adopt something new is if it's going to reach our goal of improving patient outcome and this undoubtedly does that," Dr. Dunn said. "I've been advocating for robotic technology for a couple of years now. I can't tell you how excited I am to have it here."

"Dr. Dunn is the first surgeon that has adopted this but we're hoping to train all of the surgeons that are interested here at Redmond. We have multiple orthopedic surgeons that do total and partial knee replacements," Ryan said.

The device has been on the market for less than two years and Ryan said it is more accurate than a point probe.

A point probe coupled with a separate imaging device allows the surgeon to map the knee, collecting data points and creating a 3-D bone morph of the knee. That image is then displayed on a computer screen directly in front of the surgeon. The probe is able to discern raw bone and cartilage which is also an improvement over similar devices.

Once all of the data has been collected, the implant can be fitted with unprecedented accuracy to the specific patient. The precision of the device allows for optimal outcome post-operatively, Ryan said.

A robotic hand piece is used to make the cuts using two modes of robotics, exposure control and  If the cutting edge were for some reason, goes out of the plane of the 3-D knee that was originally created, the cutting device retracts into a sheath making it virtually error-proof.

During an open house to show off the system Monday afternoon to other surgeons, operating room and ICU staff, Redmond CEO John Quinlivan said Dunn evaluated three different robotic systems before opting for this particular device.

"Patients want and we want them to get back to life as soon as possible and robotics, as opposed to other methods, helps me create a unique surgical plan for each patient," Dunn said. He believes the precision with which the system functions should help patients make a speedier recovery.

New Jersey Rep. Andy Kim narrowly flipped a Trump district in 2018. It could be just as close this year