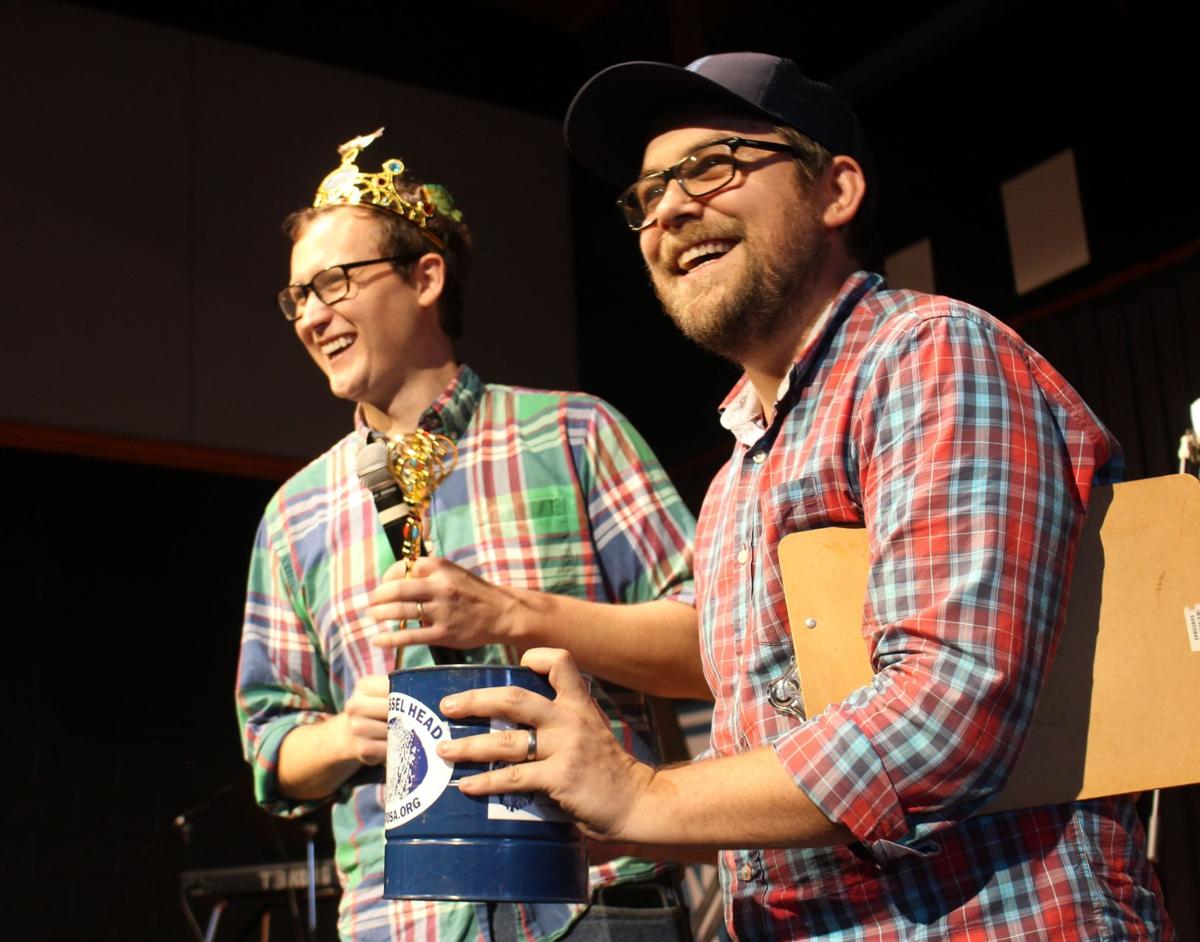 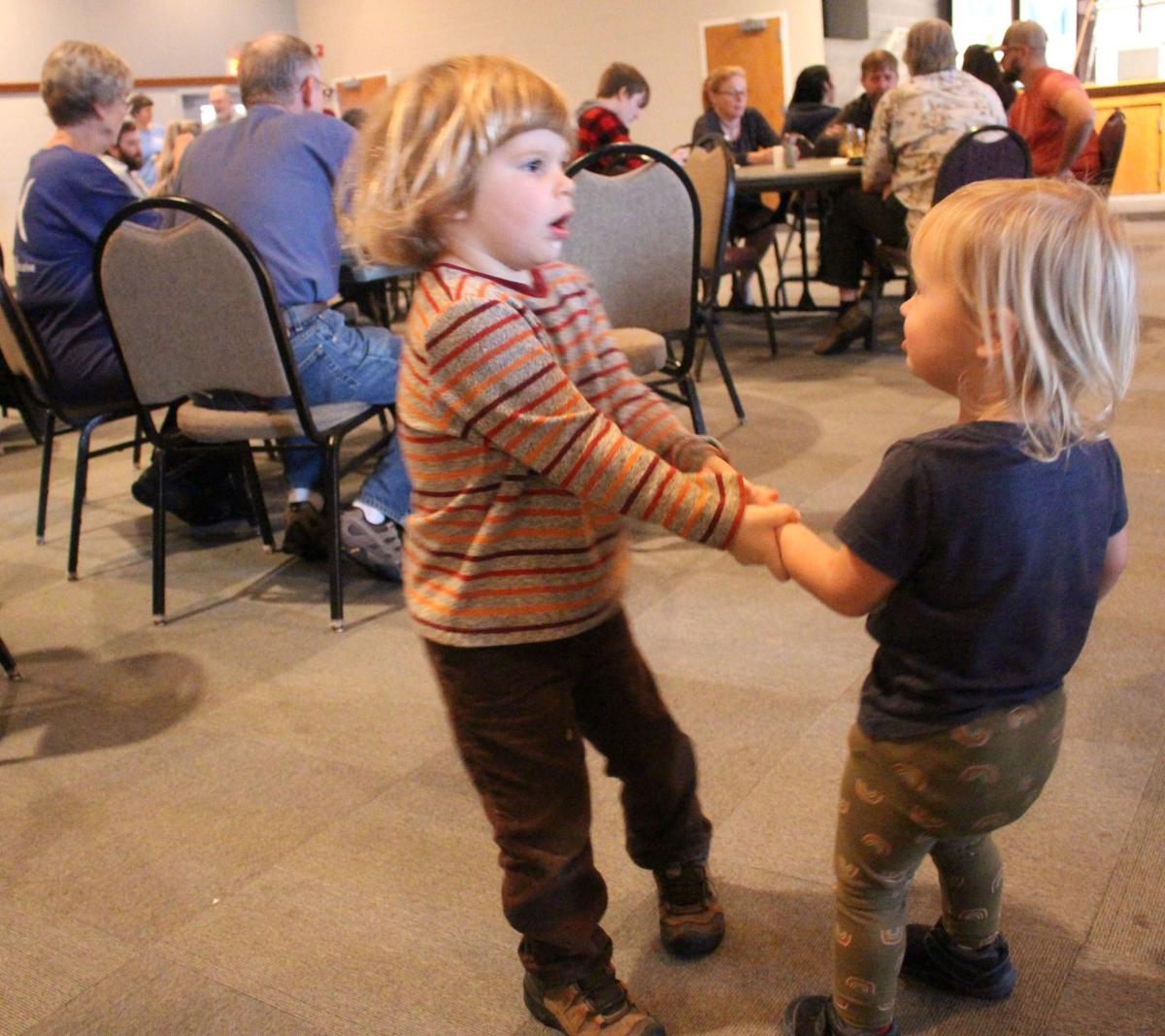 Cousins Harrison Marr, 3, and Stella Thomas, 1, dance to The Barbaric Yawps, a bluegrass band playing for the CRBI Fish Fry for the second year. 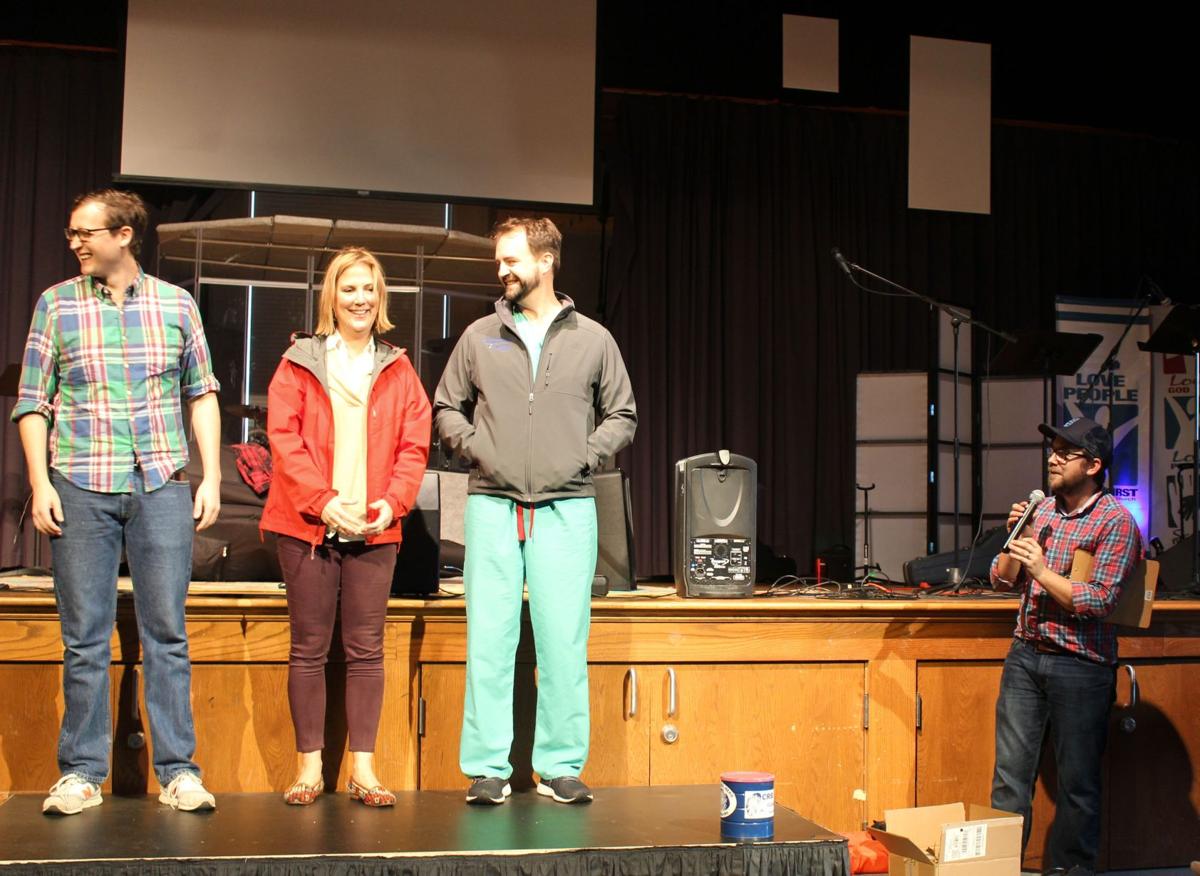 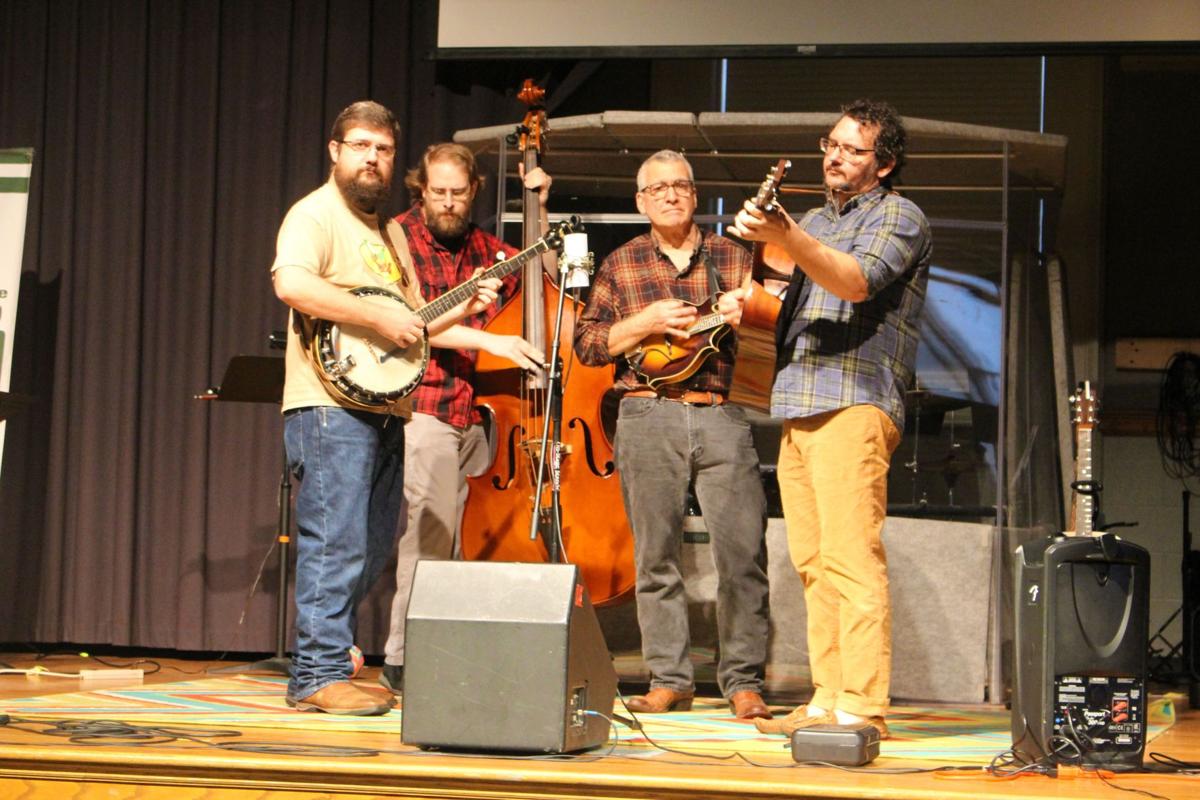 Bluegrass band The Barbaric Yawps play for the second year in a row at the CRBI Fish Fry. 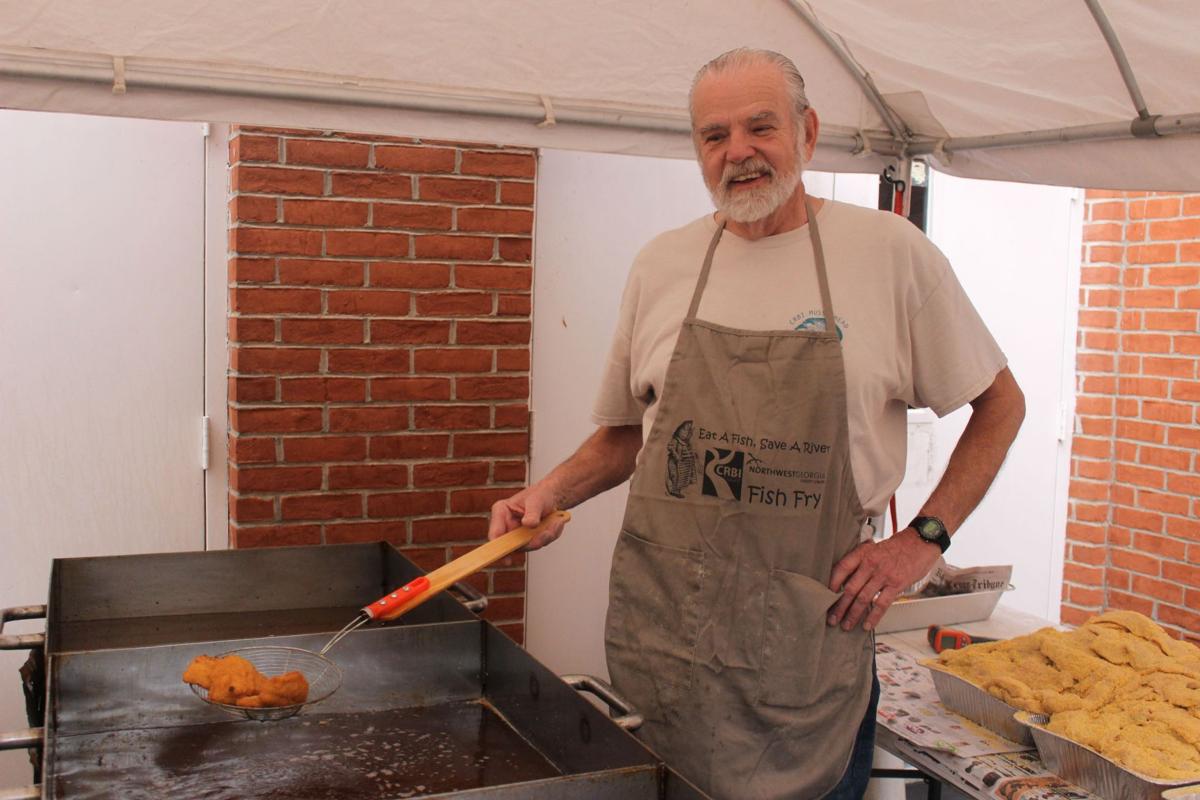 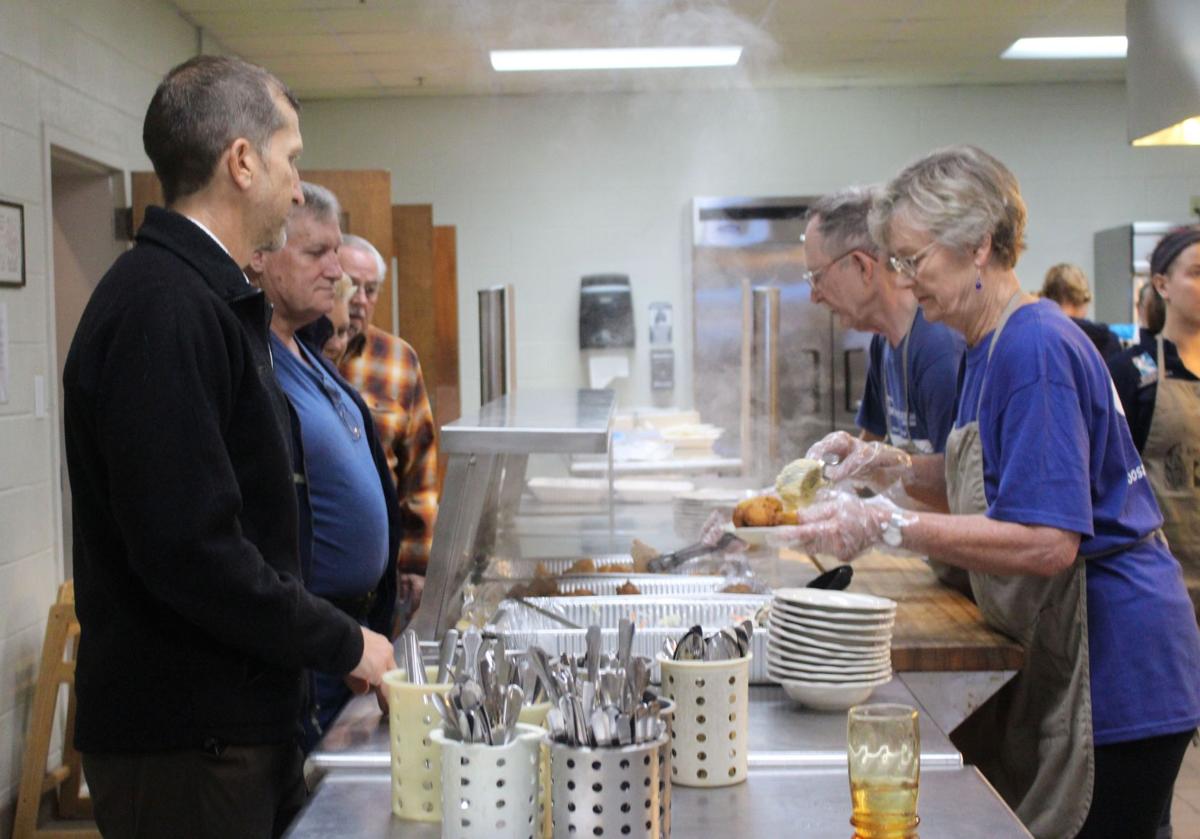 Cousins Harrison Marr, 3, and Stella Thomas, 1, dance to The Barbaric Yawps, a bluegrass band playing for the CRBI Fish Fry for the second year.

Bluegrass band The Barbaric Yawps play for the second year in a row at the CRBI Fish Fry.

There wasn’t any catfish kissing, but the Coosa River Basin Initiative’s 18th annual fish fry had plenty of catfish eating.

“We won’t be doing a kiss this year, but we will have a catfish court,” CRBI Executive Director Jesse Demonbreun-Chapman said.

The annual fish fry lunch was started by former CRBI treasurer Tom Melton 18 years ago. People from all over the area came to First United Methodist Church on Third Avenue for fried catfish, hush puppies, cheese grits and coleslaw. The volunteers under the fryers kept dry underneath tents in the chilly early afternoon rain.

As people ate and mingled with one another, The Barbaric Yawps played bluegrass music that had some toddlers out of their seats and dancing.

In the past years, the lunch was followed by the catfish kissing event where people donated money to vote for a local person to kiss a catfish. However, this year Demonbreun-Chapman and the other members of CRBI chose not to do the catfish kiss.

“It’s a lot of stress to catch one this time of year because it’s not actually catfish season,” Demonbreun-Chapman said.

Demonbreun-Chapman also said that it was so difficult to catch a catfish last year, they didn’t get one until the morning of the lunch.

People still got the chance to donate to CRBI and vote for the catfish king or queen. The final three contestants were Mary Hardin Thornton, Lee Niedrach and Kipp Slicker.

At the end of the lunch, Niedrach was crowned catfish king with over $1,600 in donations. Slicker was runner up with over $1,400 and Thornton placed third with over $1,300. Niedrach works at MSP law firm and is a big supporter of the organization.

According to Demonbreun-Chapman, Niedrach and Slicker, a cardiologist at Hardin Clinic, are good friends and had a bit of friendly competition going on for the title of catfish king.

Pompeo lashes out at journalist; NPR defends its reporter

Bloomberg offers few details to back up trillions in spending

Are you going to the Brookhaven Cherry Blossom Festival?