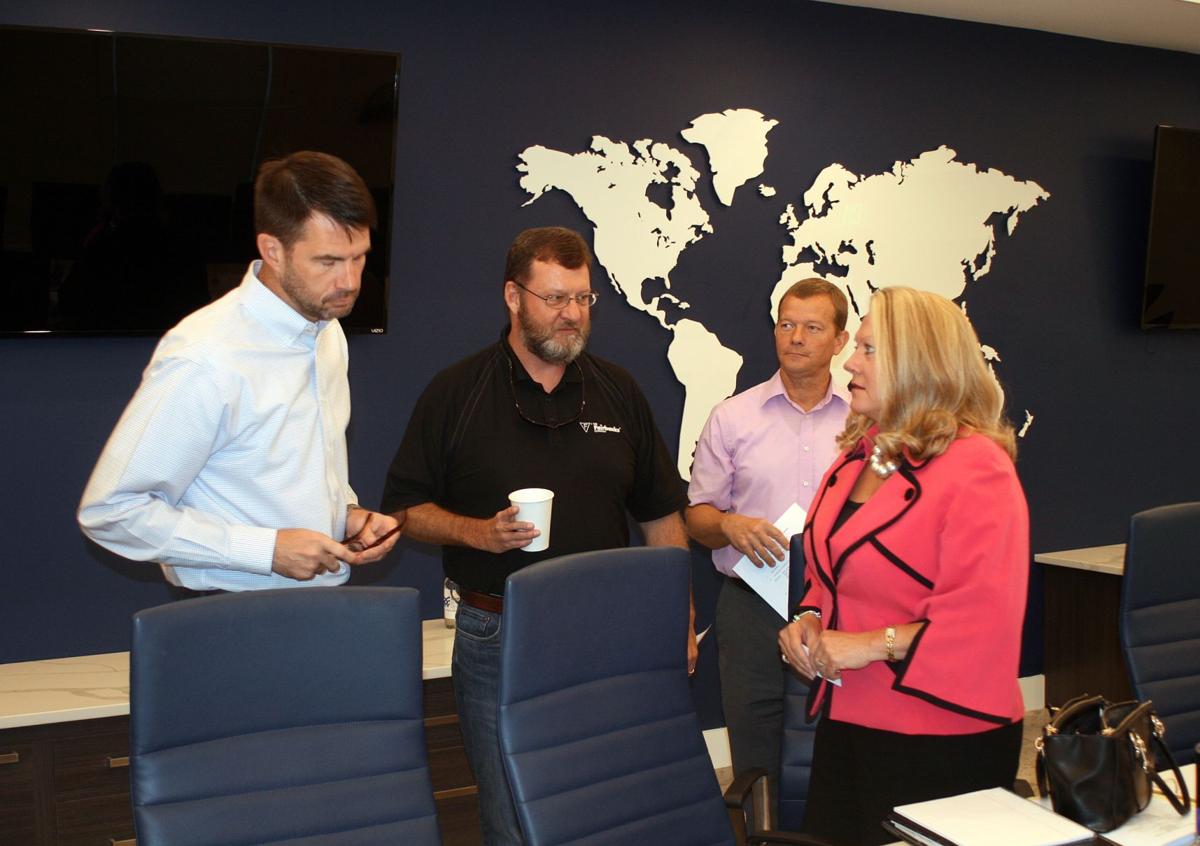 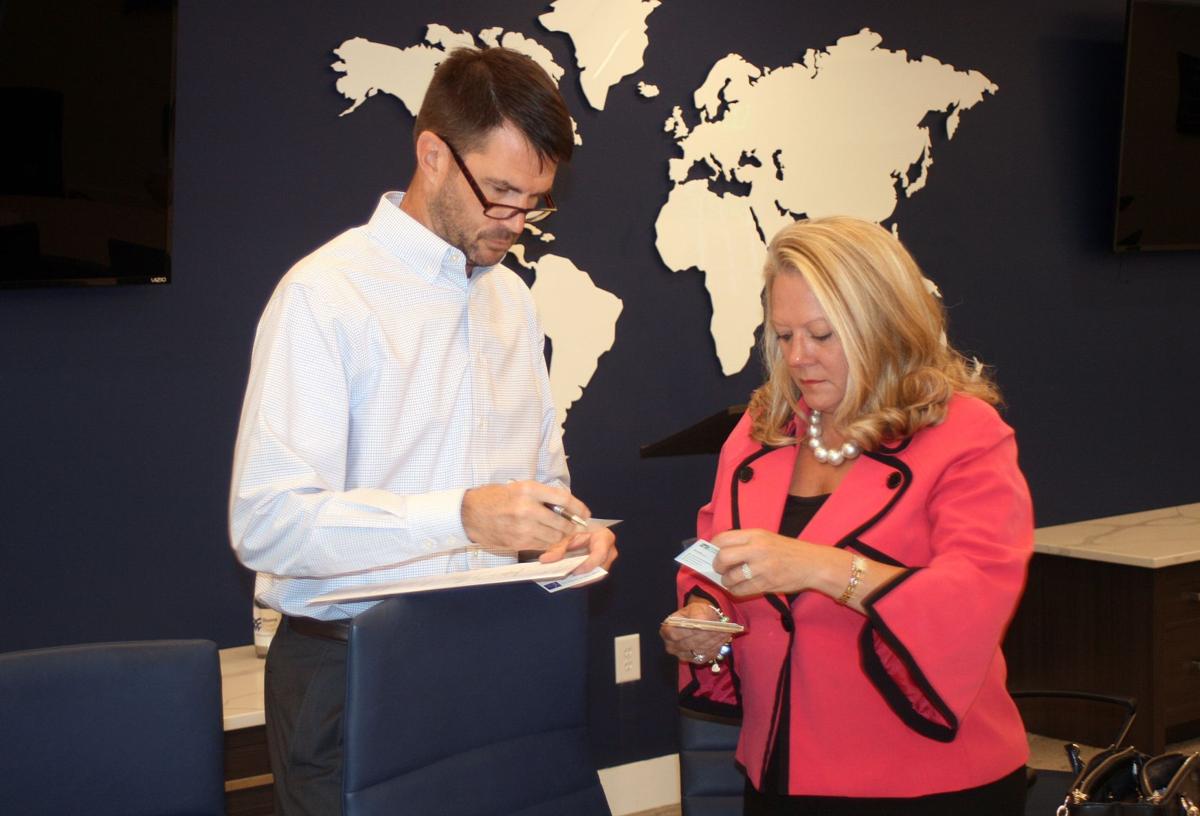 Auditor Kirk Jarrett (left) and Rome-Floyd County Development Authority President Missy Kendrick exchange business cards for the first time Tuesday. Jarrett is helping prepare a final budget for the authority which will take on Jarrett and Heather Seckman as employees as of Aug. 1.

Auditor Kirk Jarrett (left) and Rome-Floyd County Development Authority President Missy Kendrick exchange business cards for the first time Tuesday. Jarrett is helping prepare a final budget for the authority which will take on Jarrett and Heather Seckman as employees as of Aug. 1.

The Rome-Floyd County Development Authority is negotiating with the Rome-Floyd Chamber for the use of space to house new authority employees until space in another building can be completely renovated. Missy Kendrick will assume her new duties as president of the authority Aug. 1 while Heather Seckman will transition from chamber director of economic development to RFCDA project manager and work alongside Kendrick.

Authority Chairman Jimmy Byars said the agency is moving forward with the intent of taking over the building between the chamber and Fire Station 1, which has been used by the fire department to store and refill oxygen bottles.

Authority members learned from auditor Kirk Jarrett that a budget for the remainder of the year should be ready at the August meeting.

“The majority of it is built out,” Jarrett said Tuesday morning. A full budget for calendar year 2020 will be submitted at the October meeting.

Chairman Byars confirmed that Kendrick’s salary has been set at $139,000, however a salary for Seckman has not been agreed upon yet. Initially there was consideration for a third person, an administrative assistant, in the new economic development offices. Byars said that while the office is based in the chamber, they would have some help with answering the phone from chamber staff.

“We will see whether or not we have a third person. That’s not a given at this point,” Byars said.

Authority attorney Andy David reminded the panel that the four Constitutional officers, the Chamber Chair Elaine Abercrombie, Greater Rome Existing Industries Chair Mark White; Rome Mayor Bill Collins and Floyd County Commission Chairman Scotty Hancock would need to make an appointment next month to fill an at-large position on the panel which will expire. That post is currently held by Byars. During the process of shifting the economic development model, the authority has stressed the importance of as much continuity as is possible. The new appointment will be for as three-year term and Byars is eligible for re-appointment.

Seckman told members of the authority that she hosted a prospect visit on Monday and that activity is still strong. Ken White, director of business and industry services at the chamber, said he was aware of at least four existing industries that were taking a hard look at expansion.