The first car show at Mount Tabor United Methodist Church in north Floyd County brought a crowd out, and organizers are hoping for bigger turnout this year. The second car from the left is car show organizer Ray Barton’s 1974 Bricklin SV1. 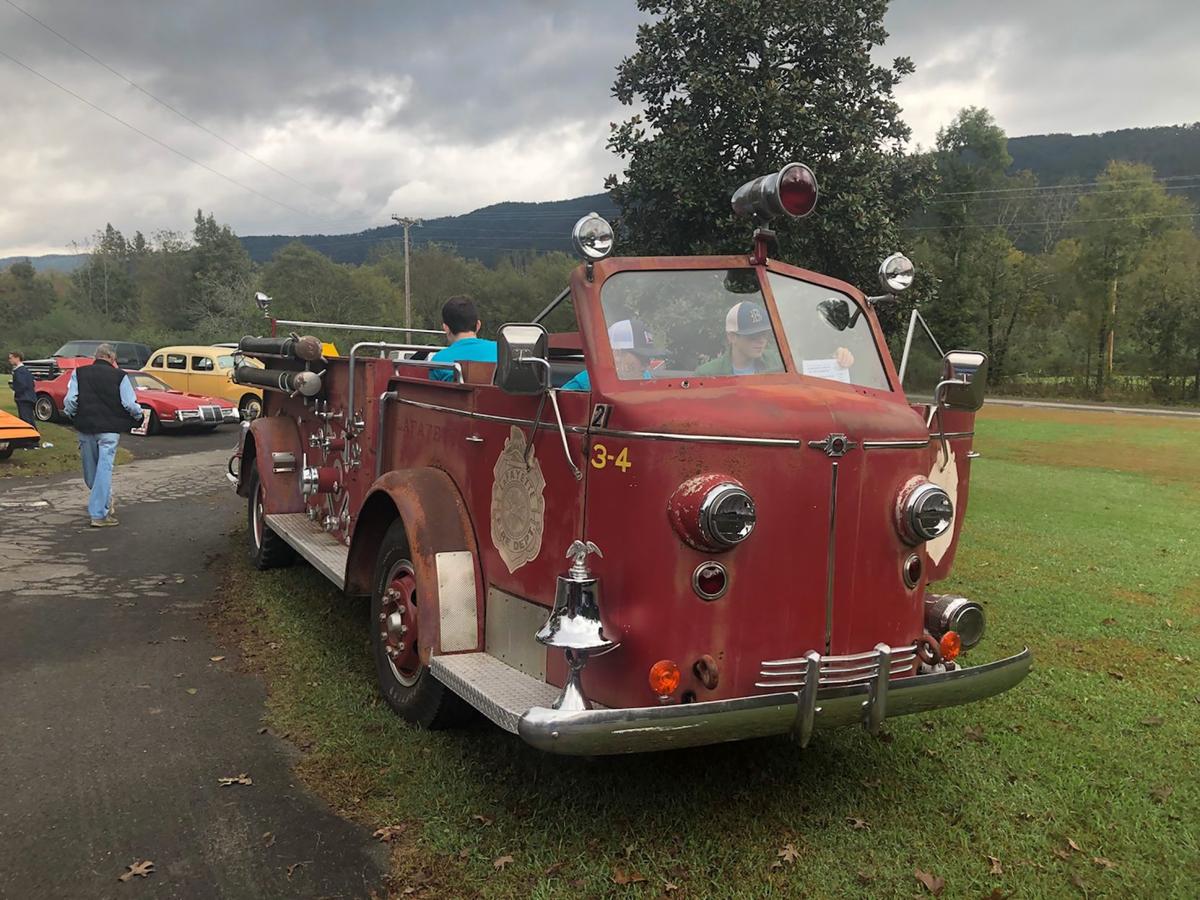 An antique fire truck that area resident Hank Toole owns made an appearance at last year’s car show at Mount Tabor United Methodist Church. The truck is a 1948 American Lafrance 700 open cab pumper. Toole says it was bought new by the city of LaFayette, Ga. 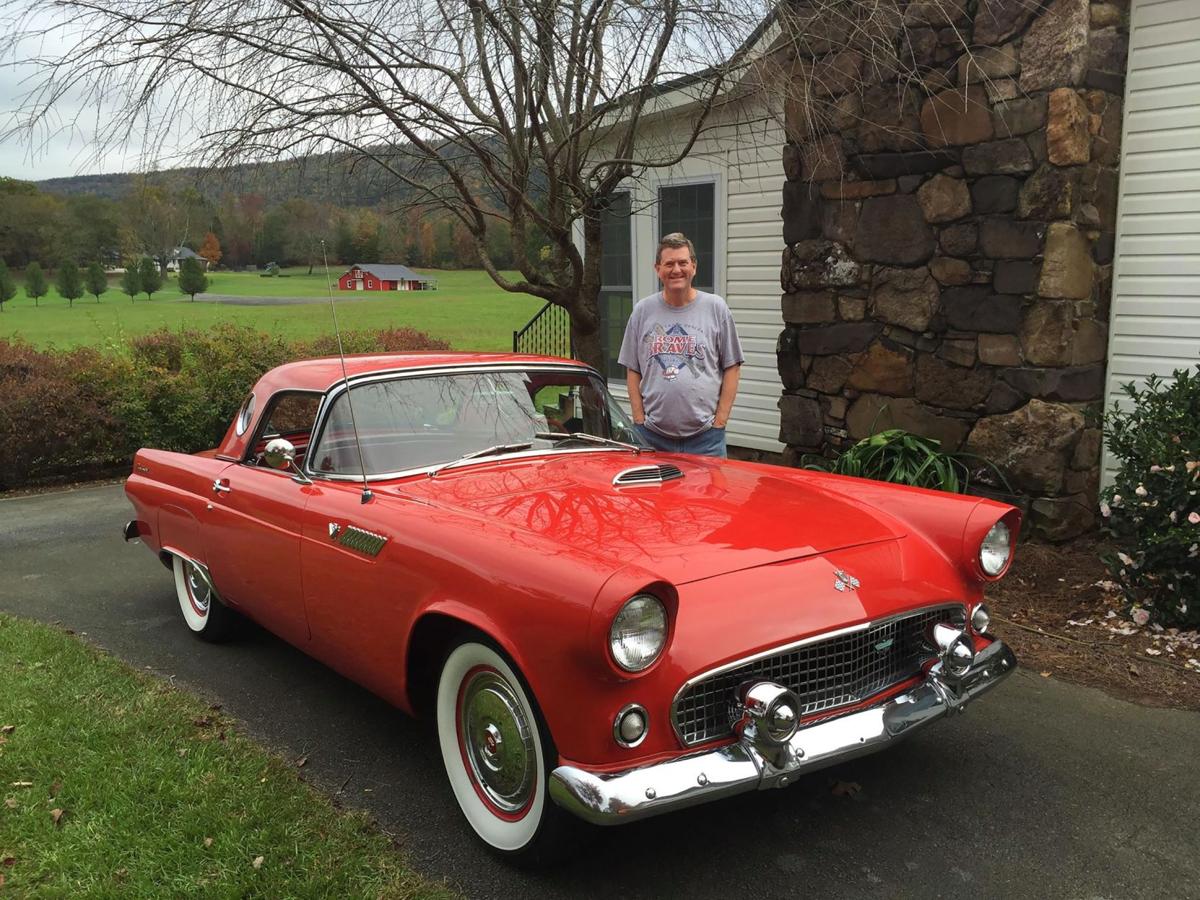 The first car show at Mount Tabor United Methodist Church in north Floyd County brought a crowd out, and organizers are hoping for bigger turnout this year. The second car from the left is car show organizer Ray Barton’s 1974 Bricklin SV1.

An antique fire truck that area resident Hank Toole owns made an appearance at last year’s car show at Mount Tabor United Methodist Church. The truck is a 1948 American Lafrance 700 open cab pumper. Toole says it was bought new by the city of LaFayette, Ga.

The little brick church near the Pocket in northern Floyd County has always been somewhat of a social center for area residents. Last year, its members opened up the grounds for a larger gathering that included the surrounding community, and the event looks to be turning into a tradition.

The second annual Cars and Crafts in the Country festival will be Saturday, Oct. 19, from 9 a.m. to 2 p.m. at Mount Tabor United Methodist Church on Everett Springs Road. The event is a car show and craft sale rolled into one day-long activity that benefits Mount Tabor youth. With the church’s remote location, organizers are counting on capitalizing on the weekend drive to the Pocket that’s been popular with area residents since Everett Springs Road was just a dirt track.

“A reason we have it in the fall is how pretty it is out here,” says car show organizer and church member Ray Barton. “We get a lot of people just driving out here who say, ‘Let’s go take a ride in the country.’”

Barton, a vintage auto enthusiast himself, has high hopes for car show growth.

“I believe we’re going to fill the church yard this year,” he says. “I’m getting really good feedback. Word has spread from last year.”

His idea for the show came from his own passion for cars and from the fact that there are a lot of enthusiasts who attend Mount Tabor and the two Baptist churches in the Everett Springs community — West Union Baptist and Everett Springs Baptist. Last year, the turnout included a 1948 American Lafrance 700 open cab pumper fire truck from West Union and an old Ford Pinto outfitted for racing from Mount Tabor. Barton brought several of his cars, including a glowing orange 1974 Bricklin SV1 that many people mistake for a DeLorean, owing to its gullwing doors.

There will be hot hamburgers, hotdogs, sides and desserts for purchase.

He is no stranger to fundraising, having been involved with events over the years for Berry College, where he spent his professional career.

“If you find one major event that defines you, you have a lot more success, in my opinion,” he explains.

Proceeds from the event will replace a bequest that longtime church members Pat and Ernest Burch left for the youth.

“It occurred to me that we should use this as a fundraiser to replace those funds,” Barton says. “They’re running out.”

The car show will include first through fifth place awards, a pastor’s choice award and a split-the-pot raffle. Those interested can still enter cars and should call Barton at 706-235-3675.

What: Cars and Crafts in the Country festival

Last year, craft show attendees had the chance to buy handmade items like ceramics, wooden furniture, wreaths, jewelry and canned goods. According to crafts organizer Barbara Touchstone, this year’s show will include the same offerings, along with other unique creations. The craft show will be in the church’s family life center. There are booths still available. Vendors keep all of their proceeds. For more information, call Touchstone at 706-235-7966.

Ray Barton’s vintage car collection didn’t really begin multiplying until four years ago when he treated himself to a 1955 Ford Thunderbird for his 60th birthday.

“That was my dream — to have a Thunderbird from my birth year,” he explains. “I just got the fever after that.”

Most of the cars hold a special significance. For example, Barton’s parents were driving a Hudson Super Six when he was born. The Corvette rolled off the assembly line the same year Barton graduated high school, and 1973 is also his nephew’s birth year — he’s already promised his nephew the car someday. He’s actually owned his first classic, a 1967 Ford Galaxy, since he bought it from his uncle in the early 1980s.

Acquiring a stable of classic cars was just the beginning of his new hobby, though.

“And then, I got into oddities,” he says.

These unusual vehicles include a 1986 Zimmer Quicksilver, which is one of only 170 made. He has a 1974 Bricklin SV1 with gullwing doors that lots of people mistake for a DeLorean.

“Kids who have seen ‘Back to the Future’ flock to it,” he says.

He has a Stutz Blackhawk like the one Elvis Presley drove.

“They only made a handful of those,” he says.

These unusual finds get a lot of attention at cruise-ins.

“That’s why I like my oddities — when someone comes up and says, ‘I’ve been around cars all my life. What is that?’” he says.

Barton, who is retired from his position at Berry College as director of advancement research, lights up when discussing his cars, and he loves showing them to visitors. He talks about motioning curious passersby up his driveway in Northern Floyd County to give them the full tour of his garage.

“I just really enjoy people enjoying my cars,” he says.

How can you make healthy food resolutions really stick?