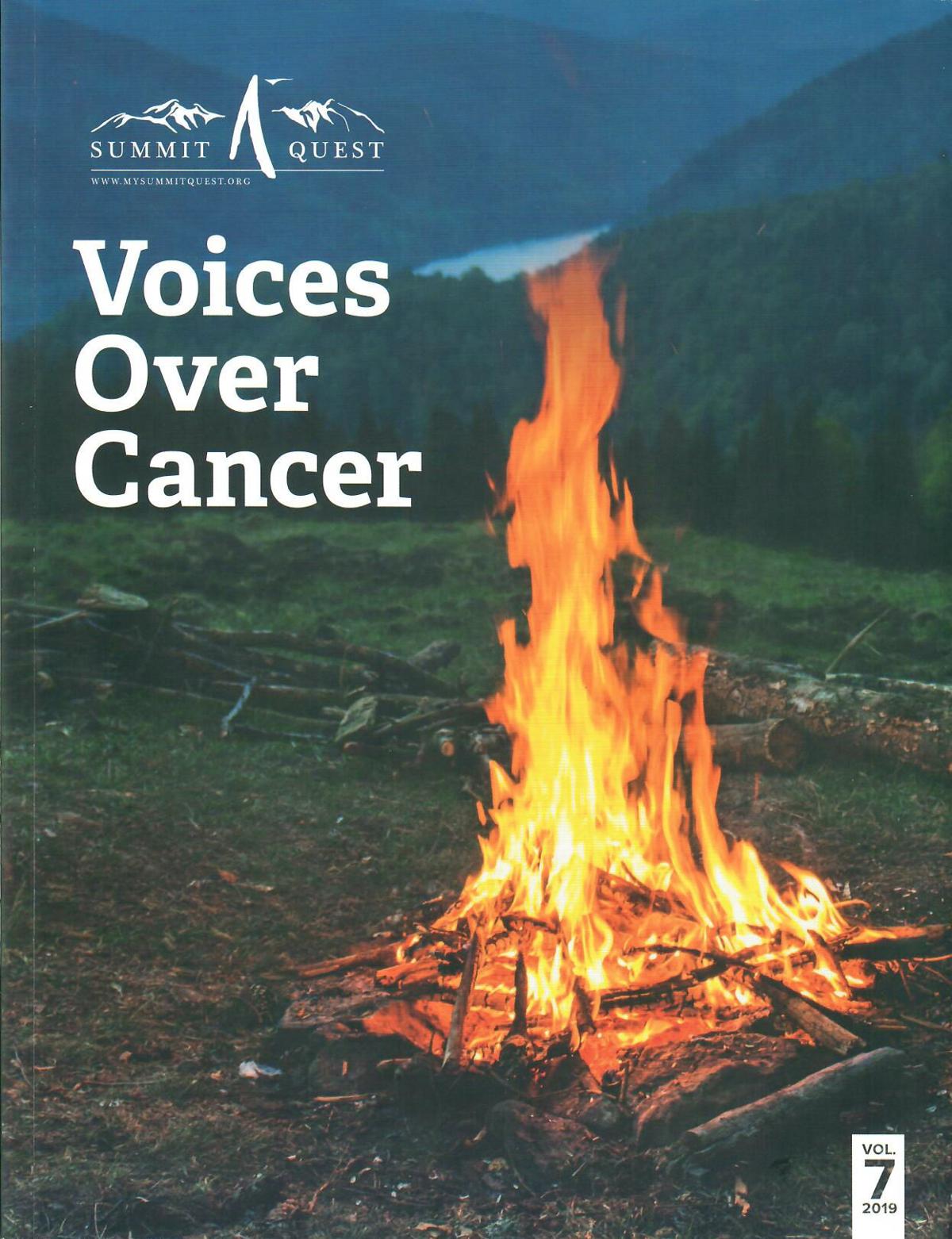 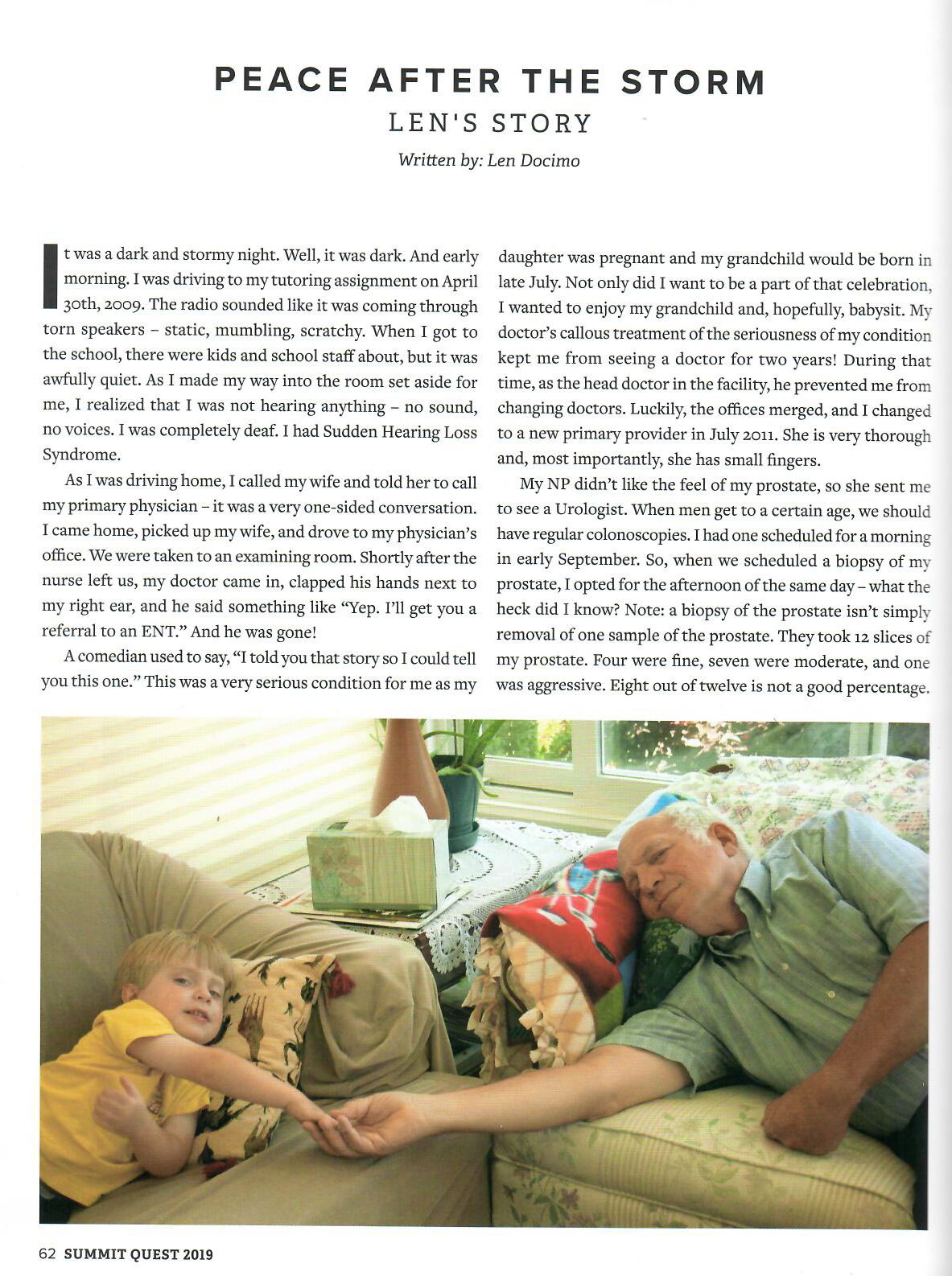 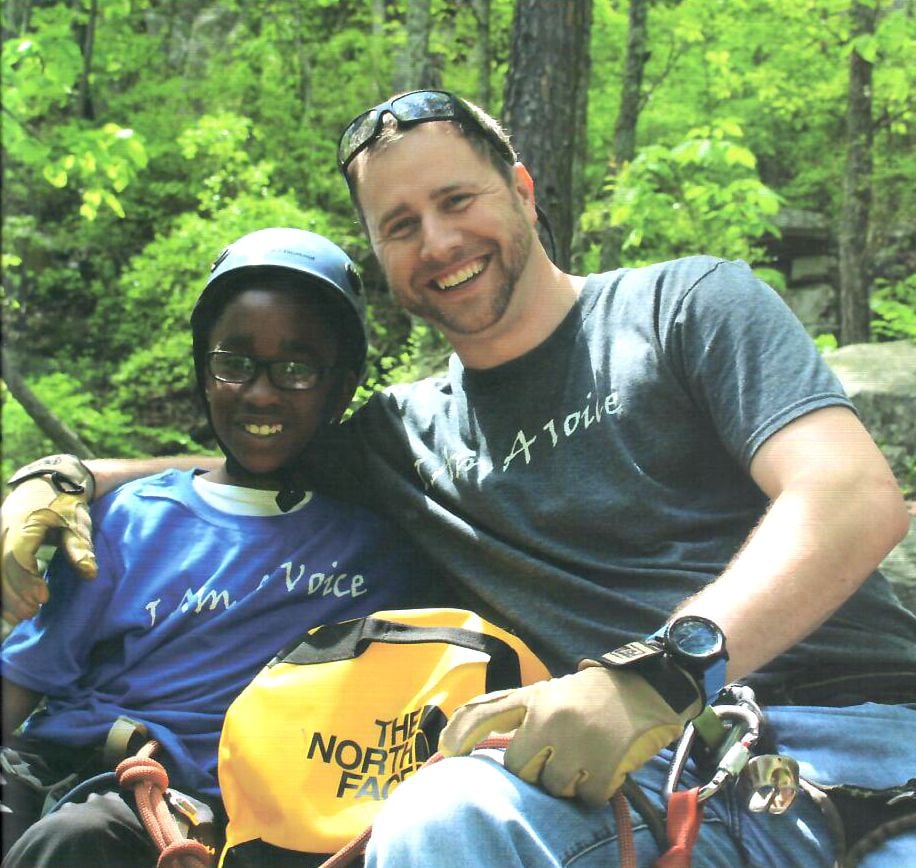 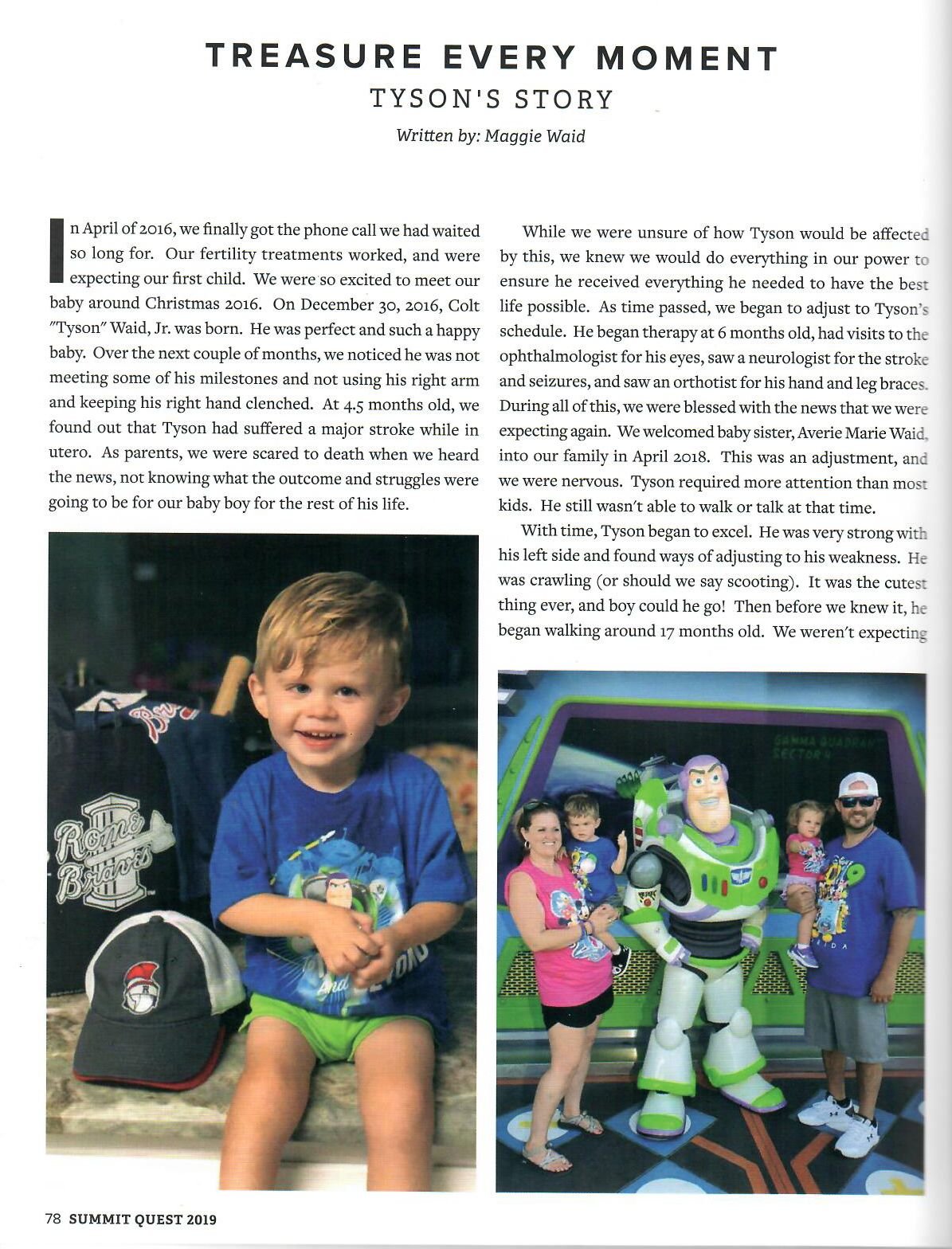 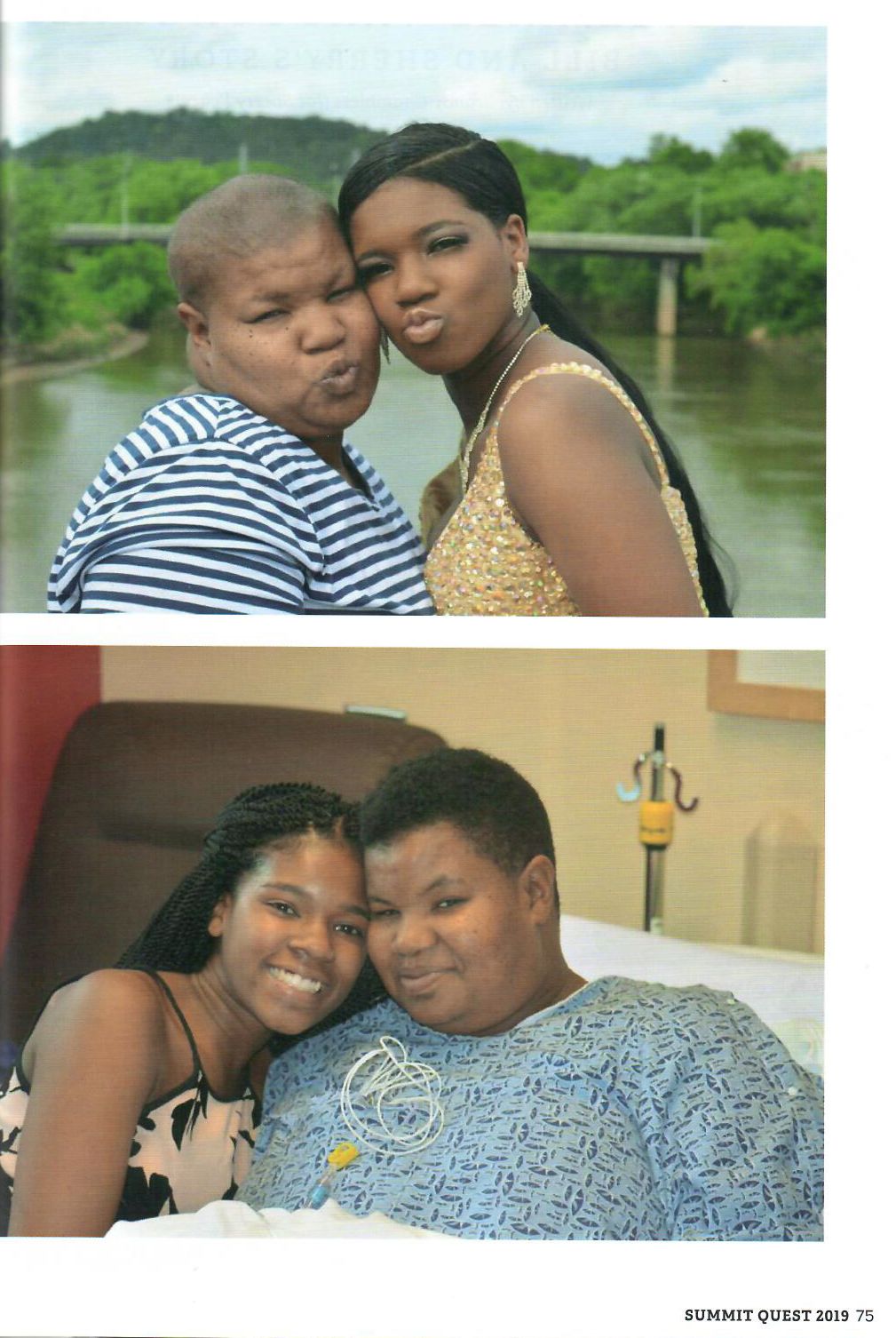 For the past seven years, a local publication has told some of the most compelling, inspiring and emotional stories in the community.

For the past seven years, Voices Over Cancer has shared the cancer journeys of Rome and Northwest Georgia residents. This year’s book is once again filled with stories (20 of them) and images that paint a picture of struggle, triumph, courage and ultimately of hope.

The book is published by Summit Quest, a local organization that provides activities and resources for children and their families affected by cancer. It’s through Summit Quest that many of the stories come to light.

One of those stories is Barbara’s. In her own words she tells that her cancer journey begin in 2014. She was diagnosed with a rare liver cancer. She was told that with treatment, she may have had a year left to live. She details her despair, her fears, her treatments, her marriage to the man she loved, her retirement and all in a frank, candid tone.

After years of treatments and fighting, a scan in February showed very positive signs, and while she’s still on chemo, she’s traveling and living one day at a time, enjoying life.

“I have learned more than I ever want to know about cancer, but I have also learned more about myself,” Barbara writes. “You can’t give up; you have to keep fighting.”

Jerry’s story is called “Never Lose Faith.” His cancer journey began in 2015 when doctors found a huge tumor. There was shock, denial and feelings of loneliness. But Jerry’s wife said he continues to fight.

“My husband started out with stage IV colo-rectal cancer that has metastasized to the lungs and now to spots in the liver,” she says. “Even though he suffers every day with pain and sickness and sometimes seizures, he will not give up. Through all of this, we have never lost our faith and we pray more than we ever have.”

The purpose of the stories is to share someone’s cancer journey, that others might be inspired or learn from them.

“Collectively our voices are louder than cancer,” said William James, Summit Quest Founder. “We believe that these stories can help others on their own cancer journey and perhaps make their journey a little easier.

James said it’s an honor for him to serve those affected by cancer and to share their stories through “Voices with Cancer.” But it’s also an emotional endeavor as well. There are stories of survival but there are also stories that don’t have a happy ending. Some stories are written by survivors and some are written in memory of someone who has passed.

Mr. Mitchell didn’t live long enough to see his story in the book. He died two weeks ago. But his story should not be forgotten, so a Summit Quest volunteer, MacKenzie Temple, interviewed him and wrote his story. His incredible journey is now available for all to read. And though he didn’t have many family members, William James was able to fulfill one of Mr. Mitchell’s last wishes — simply to go fishing one last time.

There are even children’s stories. Little 3-year-old Tyson also has a journey to share. This past July he was diagnosed with brain cancer. His parents were shaken. Their hearts were broken. They say surgery was not an option due to the location of the tumor.

“This form of cancer is rare, aggressive, and does not have a good outcome,” writes Maggie Waid. “For now, we are taking things day by day and trying to live as normal a life as possible. We treasure every moment with our children and know that Tyson is in for the fight of his life. We are holding onto our faith and praying that our son will be a miracle.”

And there are a myriad of other stories as well — Len’s story, Nichale’s story, Joy’s story, Kristina’s story. We learn about Kate and Jordan, Elizabeth and Brack. We also learn about Amy and Sheryl.

Their words of inspiration fill the book...

“There is no victory without a battle, no testimony without a test, and no miracle without an impossible circumstance.”

“Every day is a gift that reminds me to appreciate what I have been given. And every day is another chance to make someone’s day brighter.”

“I know I felt emptiness the day she left this world, but I know she would want me to continue her faith for my family as she did for us all.”

This edition of “Voices over Cancer” was released at a celebration on Nov. 21 at the Harbin Clinic Cancer Center. But it’s available to the public at various locations including the Cancer Center, Redmond Oncology or at the Summit Quest office.

If anyone in the community would like to share their story for consideration in the next issue of “Voices Over Cancer,” they can email info@mysummitquest.org.

Bible vs indigenous beliefs at issue in Bolivia

Sandy Springs has filed an emergency motion to remove billboards

Apply to become a Marietta firefighter

Performances on tap tonight in Cedartown and Rockmart