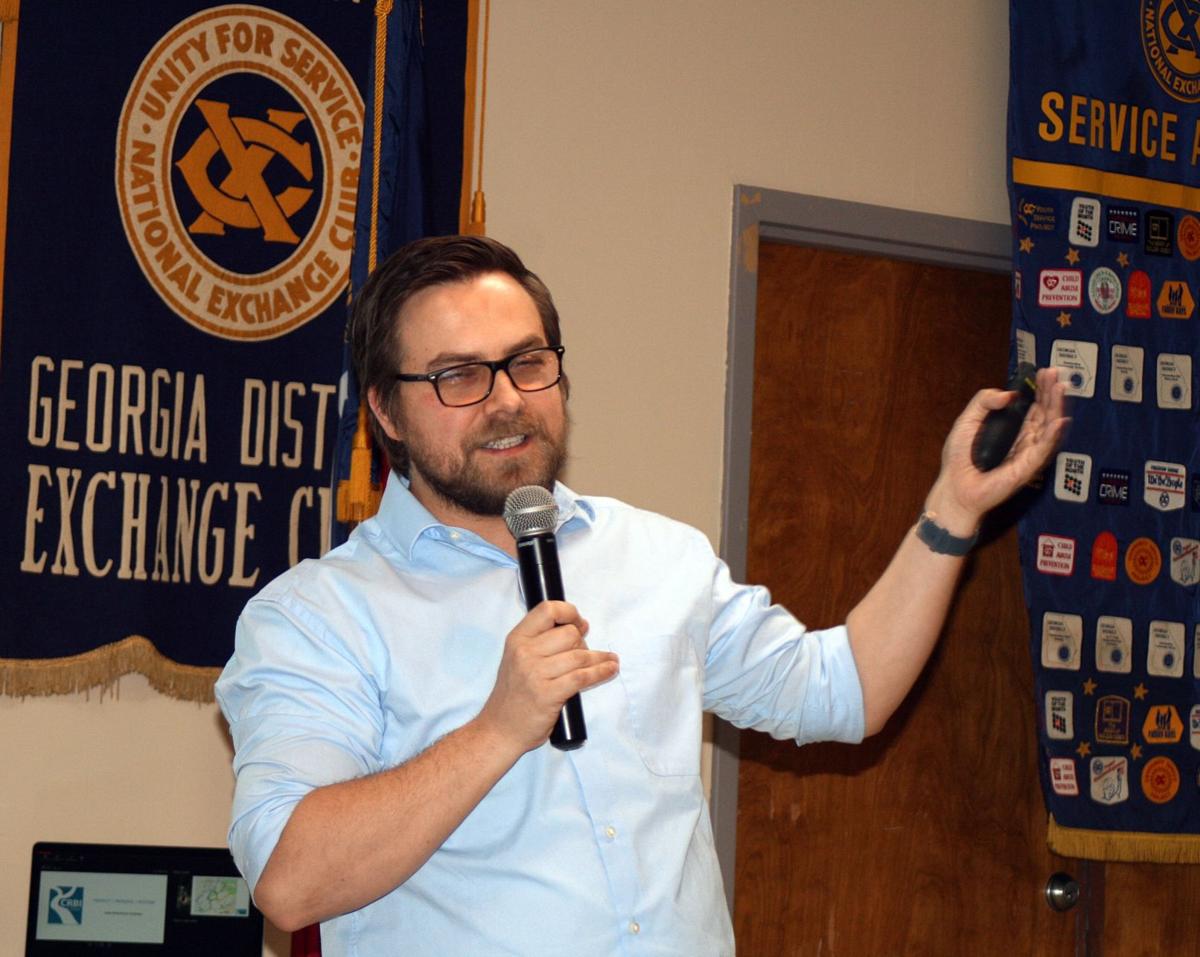 Jesse Demonbreun-Chapman, executive director of the Coosa River Basin Initiative, tells Rome Exchange Club members that the basin is a special place to live and clean water is essential to keeping it that way. 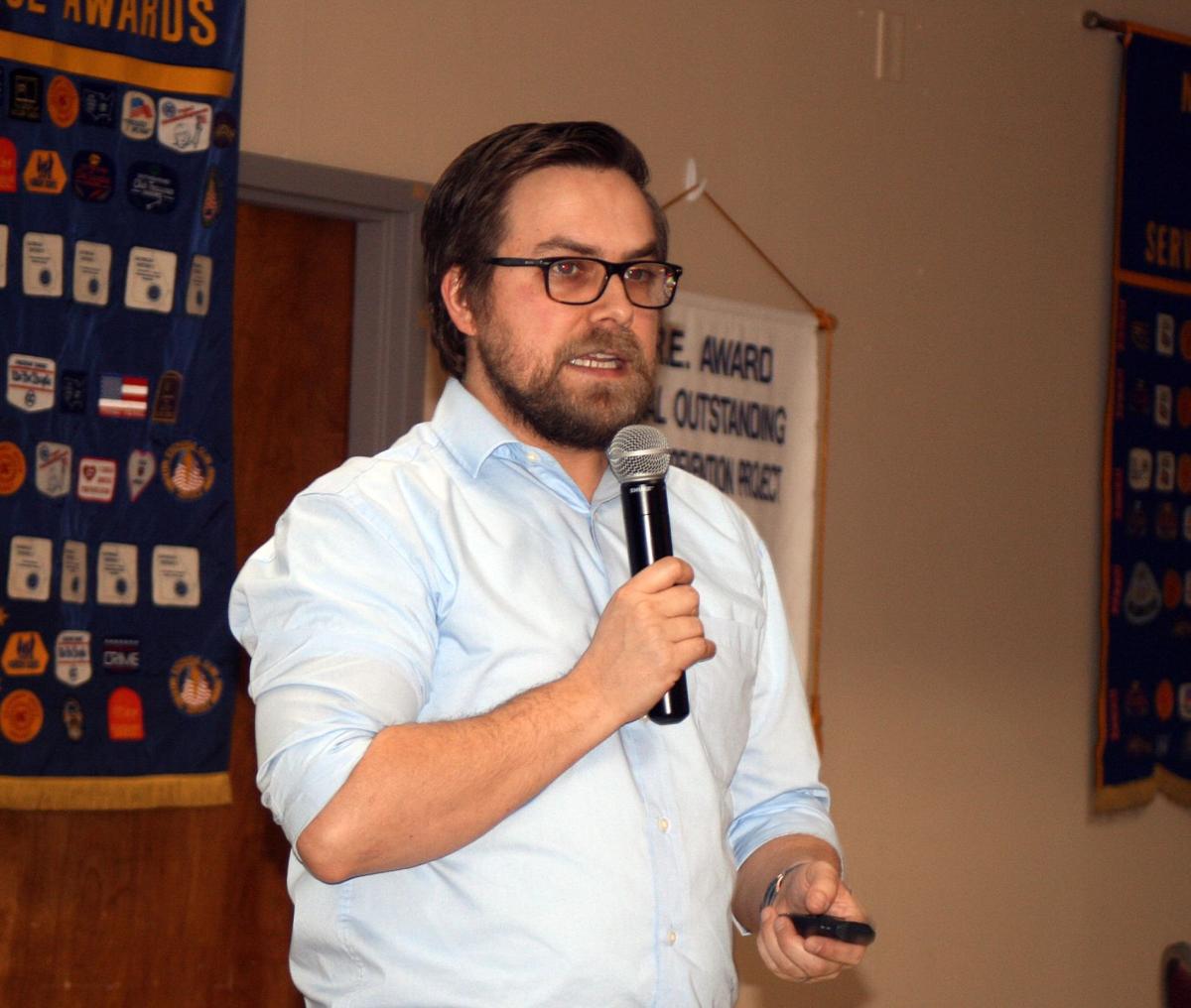 Jesse Demonbreun-Chapman, executive director of the Coosa River Basin Initiative, tells Rome Exchange Club members that the basin is a special place to live and clean water is essential to keeping it that way.

Jesse Demonbreun-Chapman believes that economic development and protection of Georgia waterways ought to fit together like a hand in a glove.

“I am an extremely strong believer in robust economic development being vital for the protection of waterways,” the Coosa River Basin Initiative executive director said.

“You also won’t see really well-protected rivers in areas where there is no economic development,” he said. “I don’t know if that was always the message CRBI was shouting from the mountaintops.”

He said economic development is coming to the Greater Etowah River corridor and that Rome needs strong development activity to help finance improvements to the Oostanaula River.

“That’s going to require some investment,” he said.

Rome currently withdraws most of its water for human consumption from the Etowah because of chemical issues in the Oostanaula.

Demonbreun-Chapman said CRBI is not a party to the civil action the city of Rome has filed against upstream polluters, but is fully behind it. The city filed suit in November against a host of Dalton-area carpet manufacturers over what it contends is an ongoing threat to its drinking water.

The case argues that the companies knew the perfluorinated compounds used in their manufacturing were toxic. The chemicals, PFOA and PFOS, migrated downstream in the Oostanaula River, which for many years was the main source of the city’s water.

“This is about making the city of Rome whole. We are having to spend millions of taxpayer dollars to fund the clean-up of water, to get chemicals out that we didn’t put in it,” Demonbreun-Chapman said.

The CRBI chief reminded the civic club that they live in a region of the country that is among the most biologically diverse in the country. He said the Conasauga River watershed coming out of the Cohutta Wilderness has more individual species in it than all of the rivers in Europe combined.

CRBI partnered with Brian Campbell at Berry College to produce a documentary short, “To Kingdom Come.” It chronicles the relationship between Rome and the long closed General Electric plant.

“It is not a demonizing documentary,” Demonbreun-Chapman said. “It communicates a very clear message about why we need a certain amount of regulatory structure to help control pollutants before they end up in our waterways and we’re stuck with them to kingdom come.”

He said there are areas in the river system where the soil is contaminated, “and, in current-day’s technology, there is no way to mitigate it. Those PCBs will be there for 10,000 years.”

Demonbreun-Chapman said the organization wants to step up its water monitoring and reporting programs across the 5,500-square-mile basin in the upcoming summer.