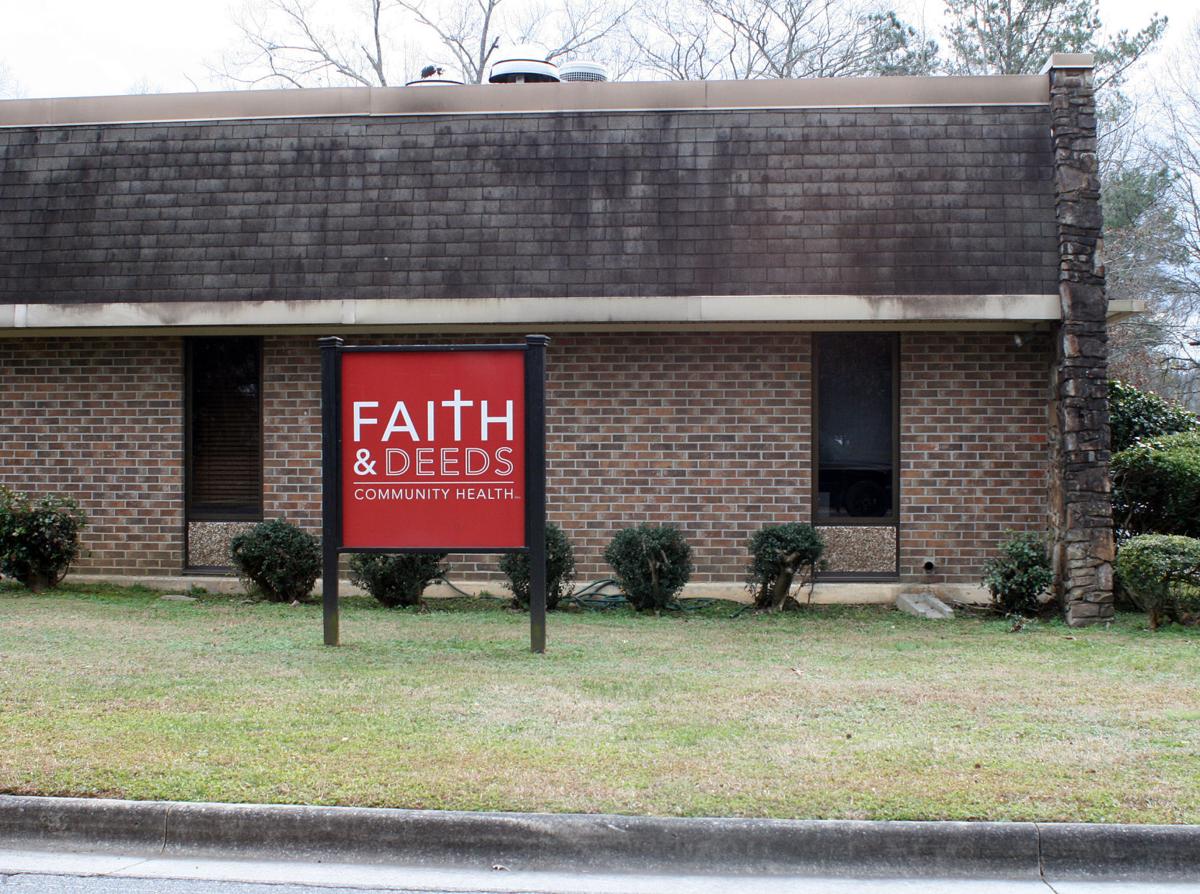 The Faith and Deeds Community Health Clinic is at 101 John Maddox Drive, behind Redmond Regional Medical Center. It sees patients on Monday and Thursday nights each week. (Doug Walker, RN-T) 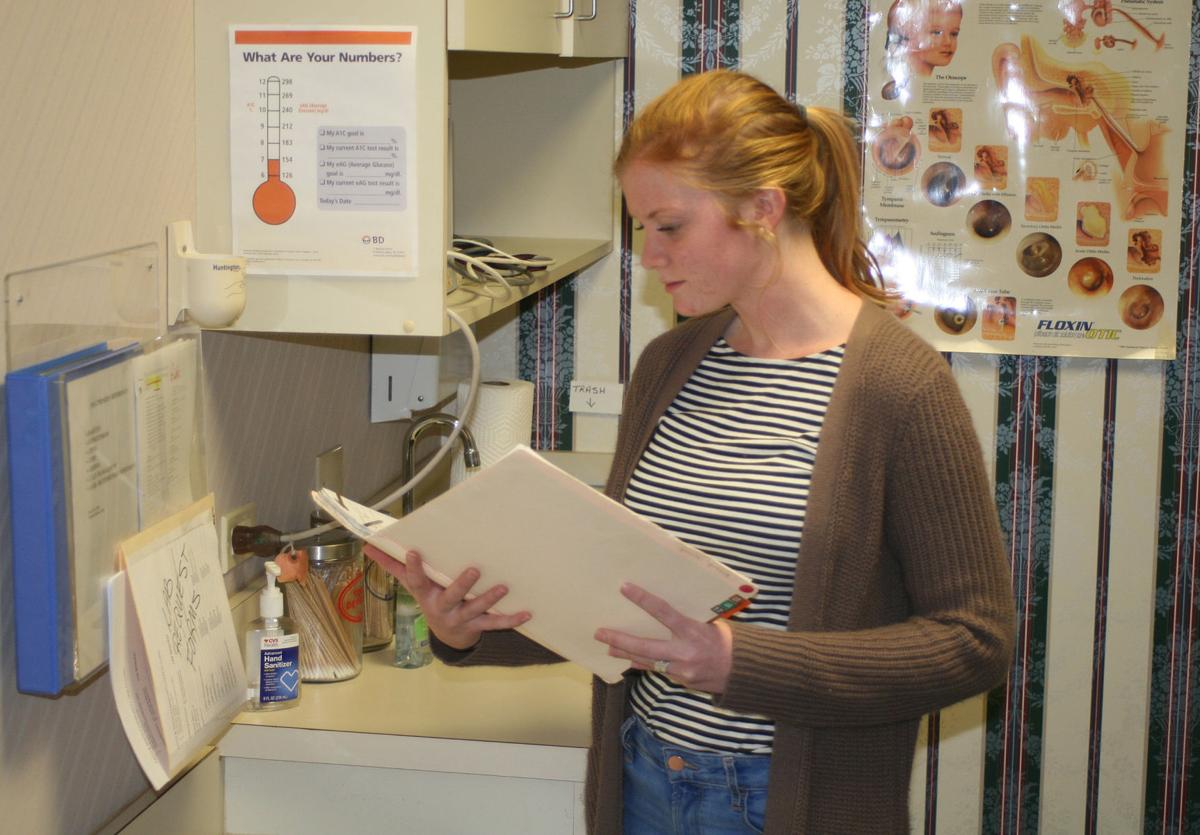 Berry College nursing student Lori Beaird, a sophomore from Jacksonville, Florida, volunteers at the Faith and Deeds Community Health Clinic on John Maddox Drive to help prepare her for a career in nursing. She is reviewing the chart of a patient before that person enters the exam room. (Doug Walker, RN-T) 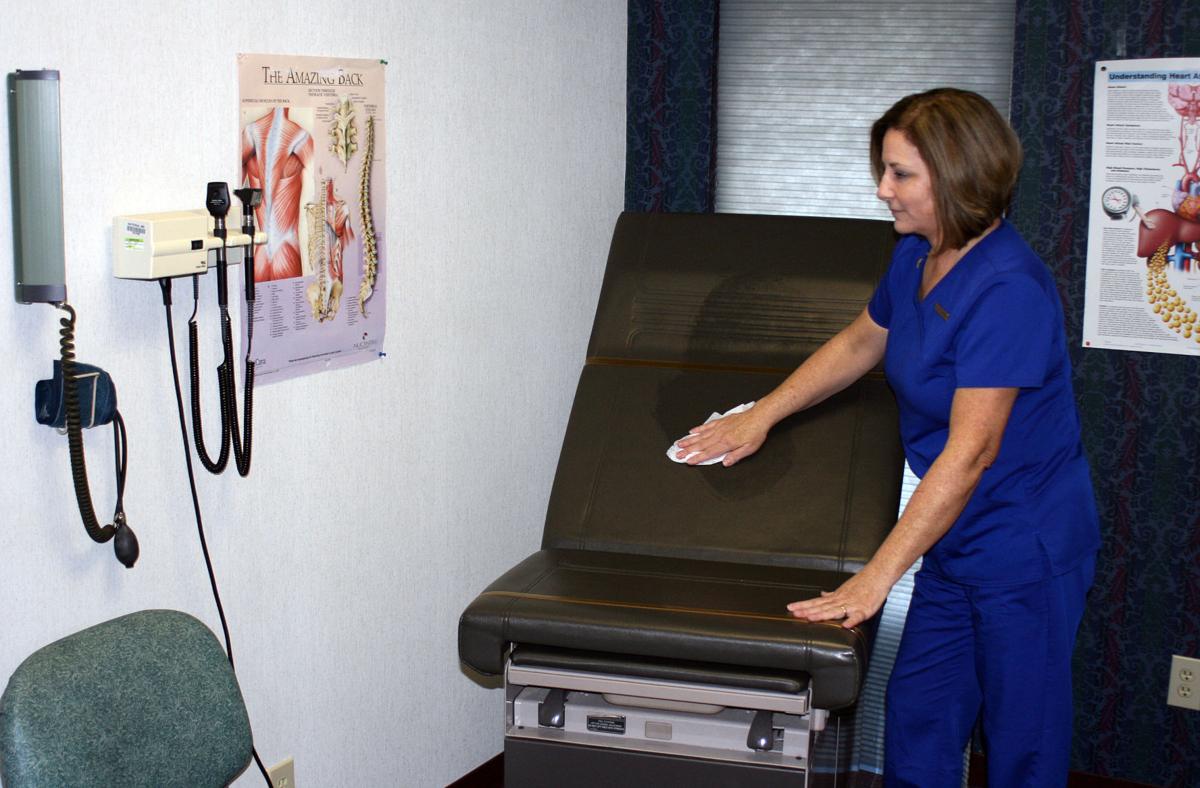 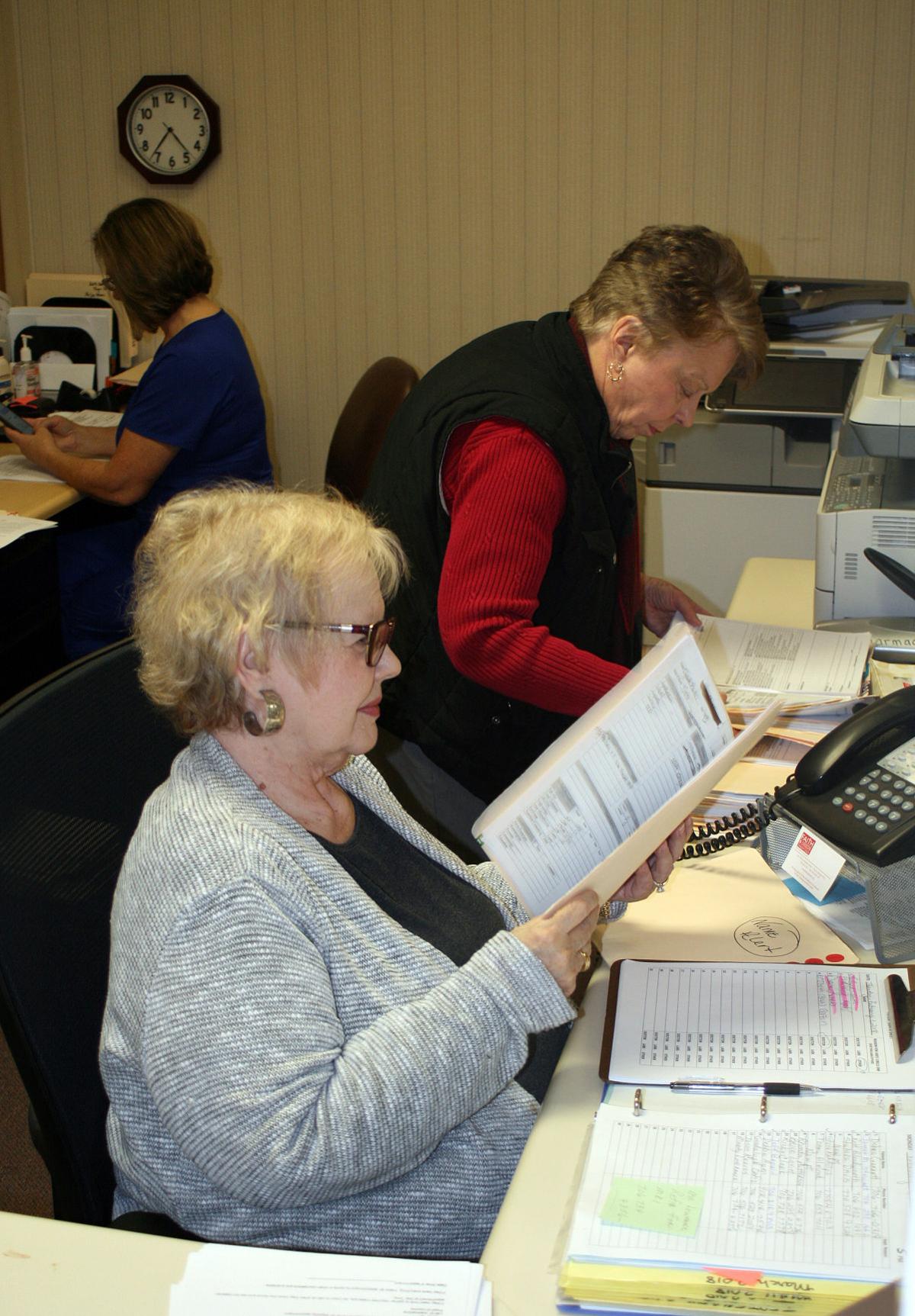 The Faith and Deeds Community Health Clinic is at 101 John Maddox Drive, behind Redmond Regional Medical Center. It sees patients on Monday and Thursday nights each week. (Doug Walker, RN-T)

Berry College nursing student Lori Beaird, a sophomore from Jacksonville, Florida, volunteers at the Faith and Deeds Community Health Clinic on John Maddox Drive to help prepare her for a career in nursing. She is reviewing the chart of a patient before that person enters the exam room. (Doug Walker, RN-T)

Many healthcare professionals see their work as a calling. Make no mistake though, health in 2018 is big business. Even free healthcare.

"It's a big need and we wish we could do more to help," said Dr. Leonard Reeves, president of the Faith and Deeds Community Healthcare, formerly known as the Free Clinic.

The clinic, at 101 John Maddox Drive, is in its third location in a little over a dozen years. While it's perhaps a bit of an overstatement to say the clinic is struggling financially, Reeves said the volunteers are doing everything they can to keep the doors open and keep services flowing to some 600 people who are currently enrolled.

Reeves said the clinic operated on a budget of $134,800 in 2017, and actually ended the year under budget on the expense side. Anyone who's paid a healthcare bill in the last decade knows that it doesn't take long to go through $134,800.

Lab draws for clients are done on Thursdays and one month the lab work will be handled by staff at Redmond Regional Medical Center and the next it will be done at Floyd Medical Center. Reeves said if the hospitals didn't provide the free lab work, the cost of blood analysis for clients alone would easily exceed the $134,800 budget.

Redmond spokeswoman Andrea Pitts said the hospital charges off the cost of the lab fees to charity or indigent care.

Reeves said that since the economic downturn a decade ago, it seems that contributions to the clinic have been slowly drying up. The clinic gets much of its financial assistance from the faith-based community and local churches. It received another $22,000 from the Georgia Charitable Care Network, which divided up an appropriation from the Georgia General Assembly to the local free clinics across the state

The clinic also applies for grants that generally fall in to the $5,000 to $10,000 range. The pharmaceutical companies also help out, however clients of the clinic often have to provide the income tax returns from the previous year for the drug companies to examine and make sure patients qualify for free assistance. The clinic pays $300 a month for software alone to facilitate the filing of that information with the drug companies on behalf of its clients.

Reeves said a number of patients who come in to the clinic are on the drug Lantus, used for diabetic patients. One vial of Lantus may cost $150, and that may provide enough medicine for 10 days. For three times a month, that come to $450 a month for medicine.

Who are those patients? They're people who do not have insurance and people who don't have Medicare or Medicaid.

"We add new patients to the list just about every day," said Leigh Ann Krukowski, office manager. “We actually had 12 new patients processed and seen in January.”

The clinic is staffed largely by residents from both Floyd Medical Center and Redmond Regional Medical Center, who see patients two nights a week, Monday and Thursday. Krukowski said that most nights, two physicians are in the office and they generally see anywhere from eight to ten patients each.

"They're volunteers, so we don't want them to come in after a long day at their office and keep them late here," said Krukowski.

Lori Beaird, a sophomore nursing student at Berry, is a frequent volunteer at the clinic.

“It's definitely given me confidence with dealing with patients," Beaird said. "It's gotten to where I really empathize with the patients while I'm trying to figure out how to help them."

What type of services do clients at the Faith and Deeds Clinic receive? Basic, very basic — with strong emphasis on basic.

"We don't have any X-ray equipment," Dr. Reeves said. He explained that it's not unusual to have someone who suffered a broken arm and went to the emergency room for their initial treatment. Reeves said the ER staff then tells the patient to follow up with their orthopedic specialists, but of course most of his clients can't afford an orthopedist, so they come into the clinic for follow-up care.

"We see a lot of diabetic control, hypertension, hyper-cholesterol problems, hypothyroidism, it about like any other primary care office, " Reeves said.

Krukowski said that a new dental screening program is being developed in partnership with the dental program at Georgia Highlands College. At this point, patients will be seen one night a month on the third Thursday at the GHC campus on Third Avenue downtown. Treatment will be limited primarily to simple tooth extractions to start out.

Reeves, who also serves as the associate dean for Northwest Clinical Campus of the Medical College of Georgia, said Renee Blackburn has succeeded Barbara Earle as executive director. Earle has decided to "semi-retire" after serving the clinic as director for the past nine years. Blackburn is an RN and has worked in several capacities in the local healthcare community. She comes with a background of community events experience, hospital nursing, school nursing and community relations.

Packers GM faces challenge on getting team to take next step

Job growth in California accelerates, even as it slows nationally

For businesses, virus in China fans fear and uncertainty