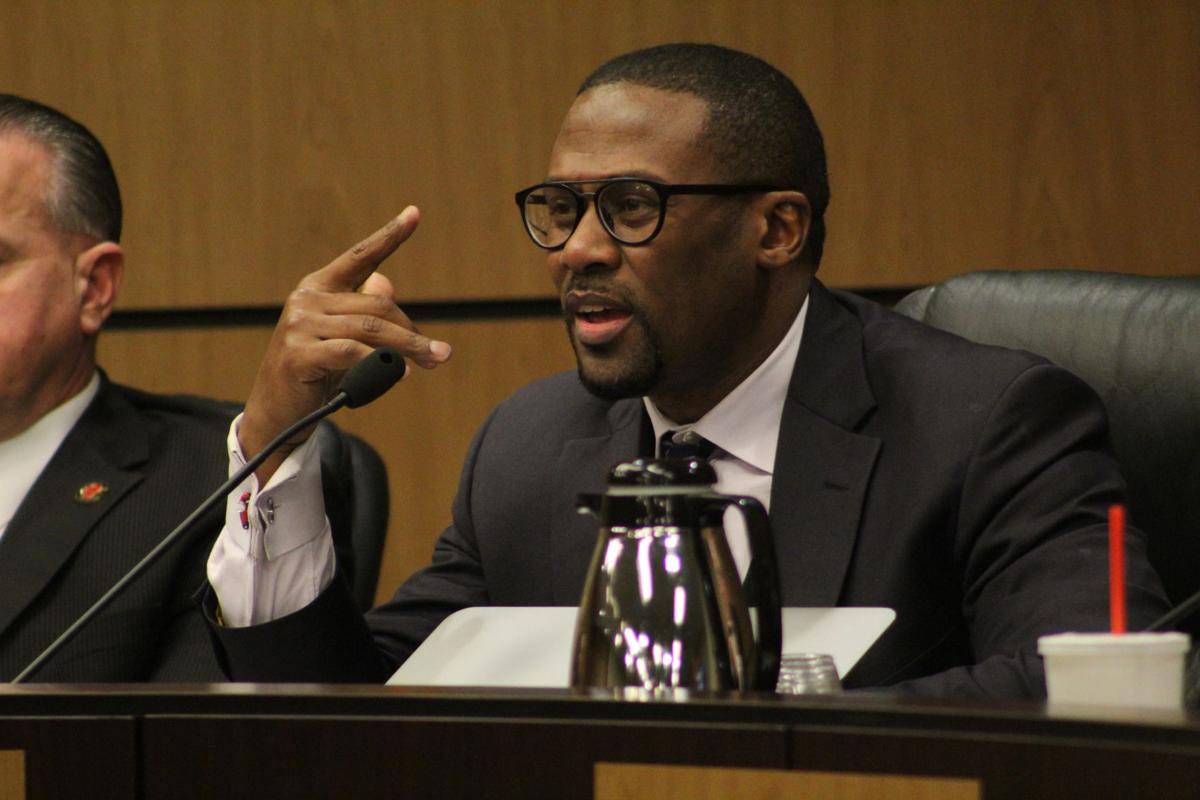 Cobb school board member David Morgan suggests changing the procedure for how the board elects its chair on Thursday. 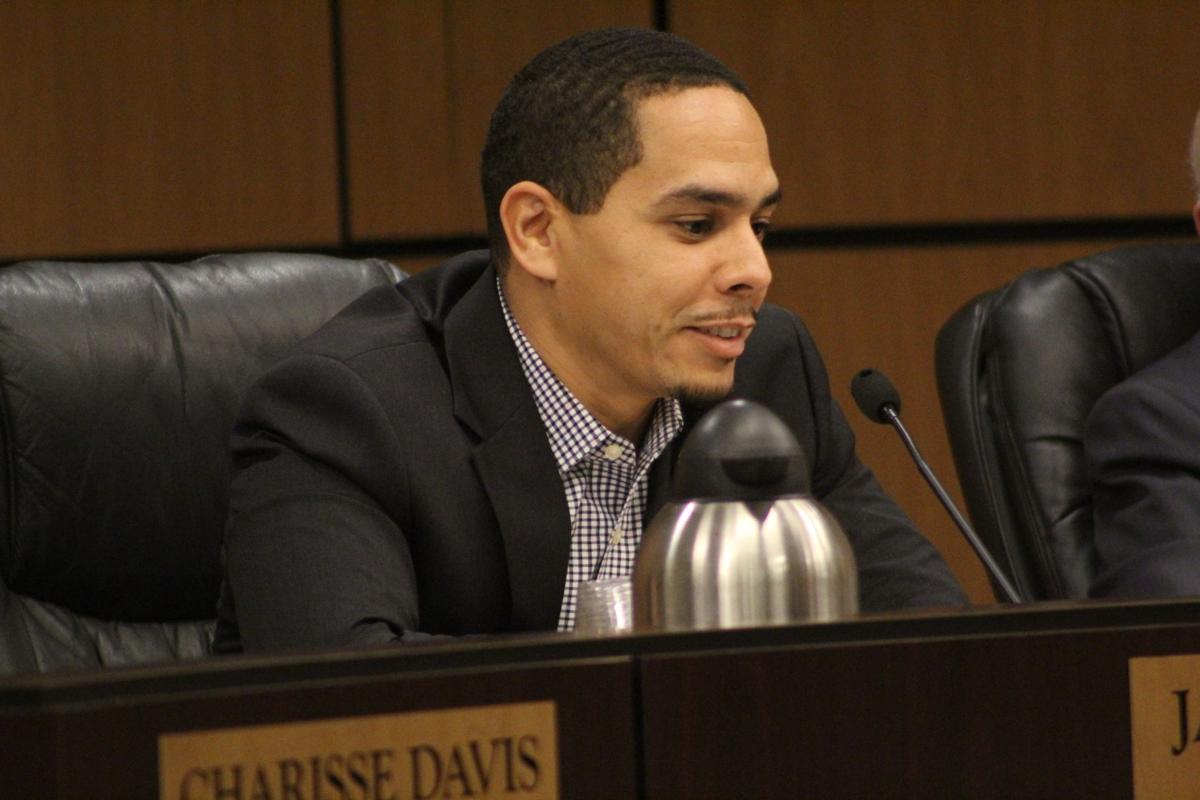 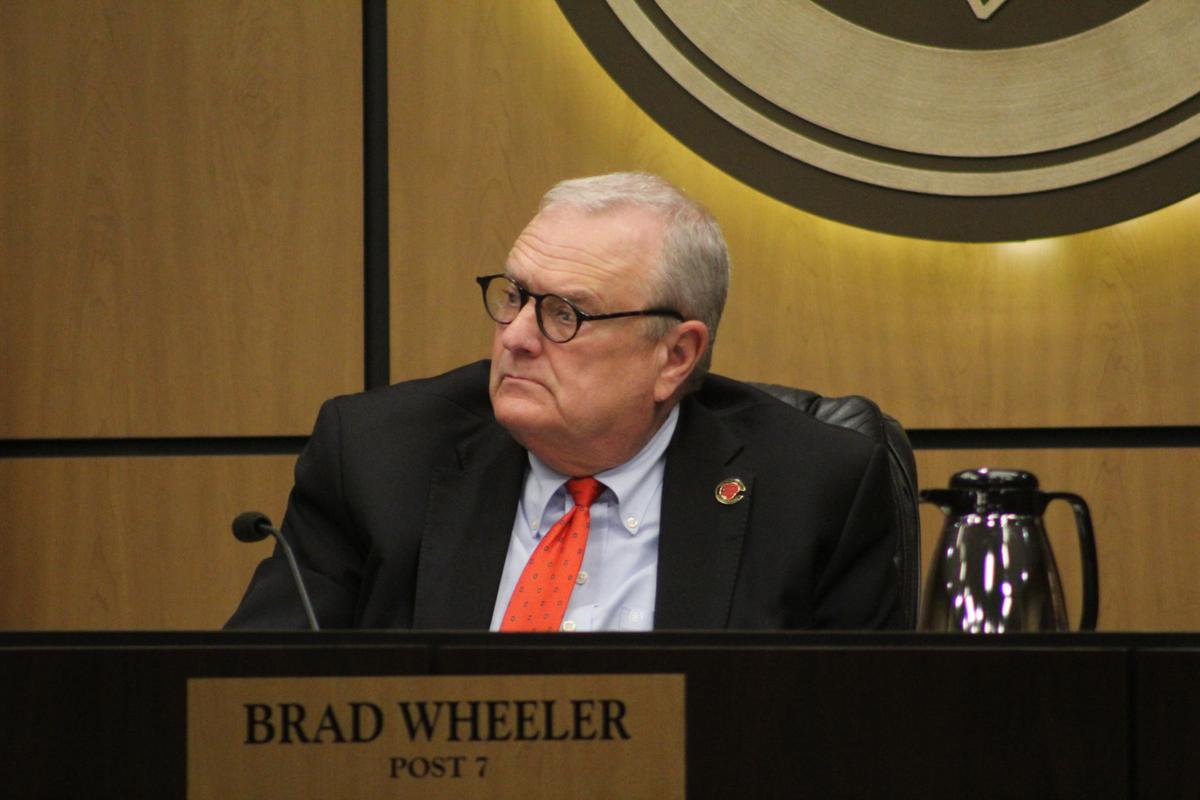 Cobb school board Chairman Brad Wheeler discusses board member David Morgan's suggestion to change the procedure for how the board elects its chair on Thursday.

Cobb school board member David Morgan suggests changing the procedure for how the board elects its chair on Thursday.

Cobb school board Chairman Brad Wheeler discusses board member David Morgan's suggestion to change the procedure for how the board elects its chair on Thursday.

MARIETTA — Cobb school board member David Morgan sided with fellow Democrats Dr. Jaha Howard and Charisse Davis at a meeting on Thursday following a debate last month over the process involved in naming a board chair.

The board votes for its chair at a special called meeting each year in January. This year, the Republican-majority board’s vote was 4-2 down party lines. Morgan was absent.

At the time of the vote, Howard and Davis blasted the apparent lack of consideration for Davis’ interest in the chair role. She’d sent an email to board members in December asking them to put aside partisanship and consider her.

After the vote in January, Howard told the MDJ that racial and gender discrimination, as well as a political agenda, may have played a role in Wheeler and Banks’ election.

Howard suggested the Cobb GOP may have somehow orchestrated the naming of the 2020 chair and vice chair.

On Thursday, Morgan proposed that board policy be changed in the following ways:

♦ Board members would be required to express their interest, as well as reason for interest, in the board chair position in writing through their official school district email by the last board meeting in December. The email would have to be sent to all board members.

Morgan said he brought the item to the board because partisanship has seemingly led to a “ping-pong” between two members being named chair back and forth.

That sentiment is similar to language in Davis’ December email, which stated that in recent history, the board has chosen to “recycle leadership opportunities amongst the same couple of people.”

While he didn’t name names, Morgan’s “ping-pong” reference falls in line with Chairman Wheeler and board member David Chastain’s switching off as chairman every year for the past four years, a fact Davis has also noted.

“When you feel as though there is a glass ceiling no matter what you do, no matter what you say, then you have to have some type of reckoning about how do we do it better?” Morgan said, adding that during his service on the board, he’d heard the statement, “If you were a Republican, I would vote for you.”

He said the changes would create more “legitimate and ample” opportunities for board members who are qualified to be elected to leadership roles.

Morgan’s recommendation on Thursday was met with partial support.

Howard said he applauded Morgan for pushing for more communication in the election process for board chairs.

“In a very short period of time on the board, two sessions of electing leadership, it is kind of troubling that communication isn’t clear across the board on who’s even going to run for chair,” Howard said.

But, he said, the 80% vote portion needed more thought.

Wheeler also told the MDJ he thought the required communication of intent to run for chair and reason was “viable,” but said preventing the same board member from serving more than once in four years may need some rethinking.

He said the chairman vote is simply a reflection of who the majority of the board thinks would best serve in the role.

“I’ve been nominated before, and (then) it didn’t happen,” Wheeler said. “Do you get your feelings hurt? Yes, you do. And I’ve been there when you win, and you’re elated. It is what it is.”

Morgan’s proposed chair policy changes will remain on the “board business” portion of the school board’s agenda for 30 days after unanimous consent from its members.

It is expected to return for consideration as early as next month’s meeting.

Hamlin and Newman contrast risk and reward at Daytona 500