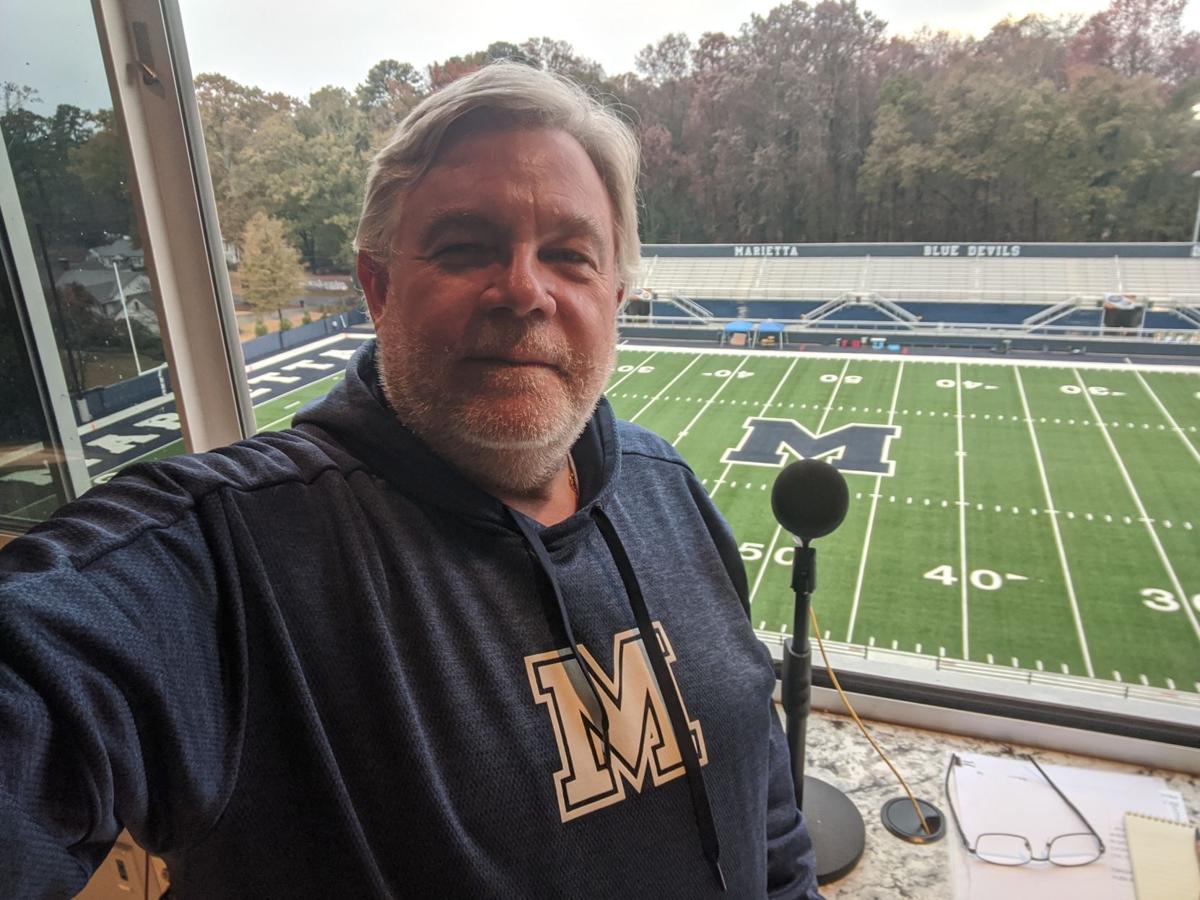 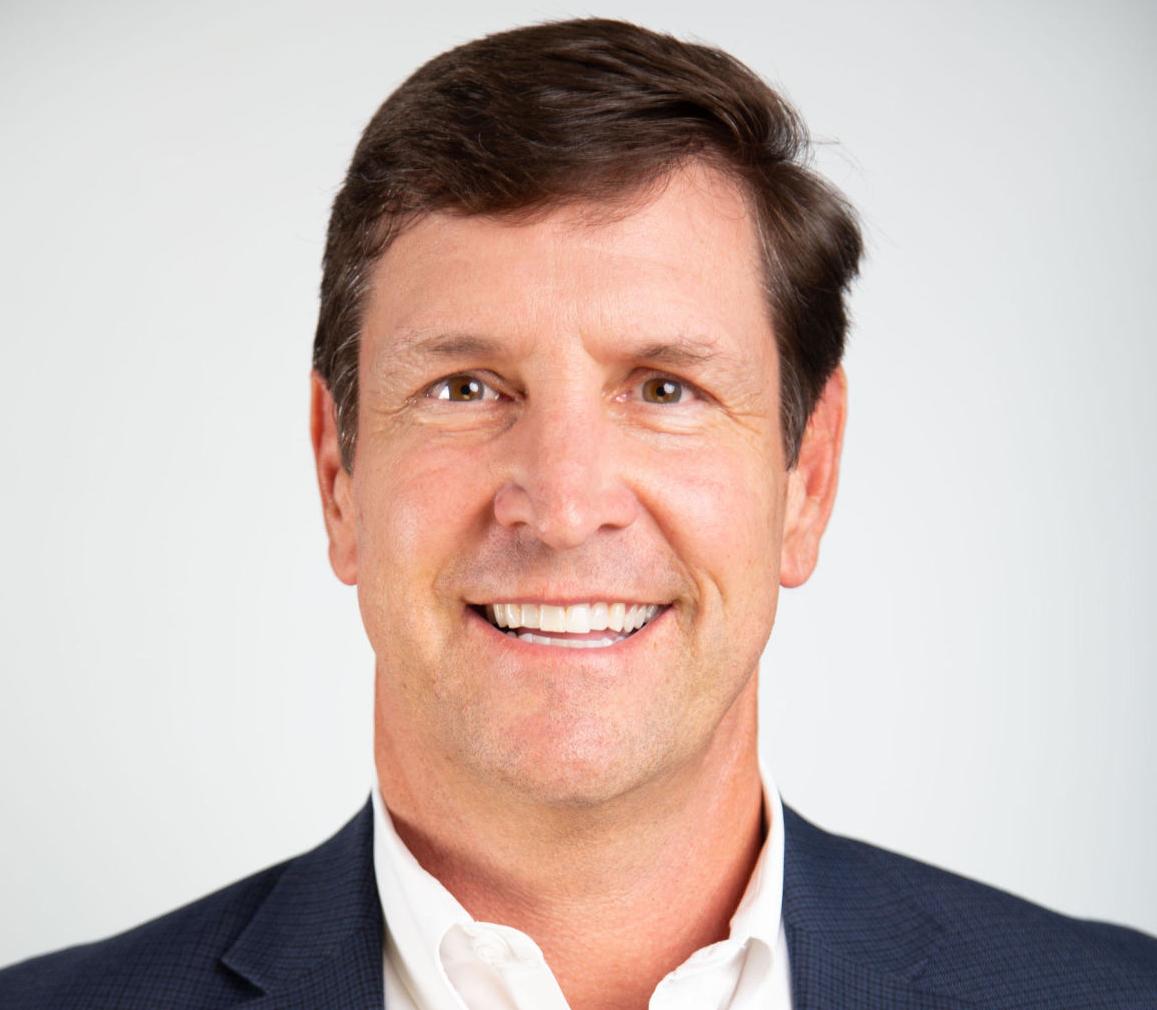 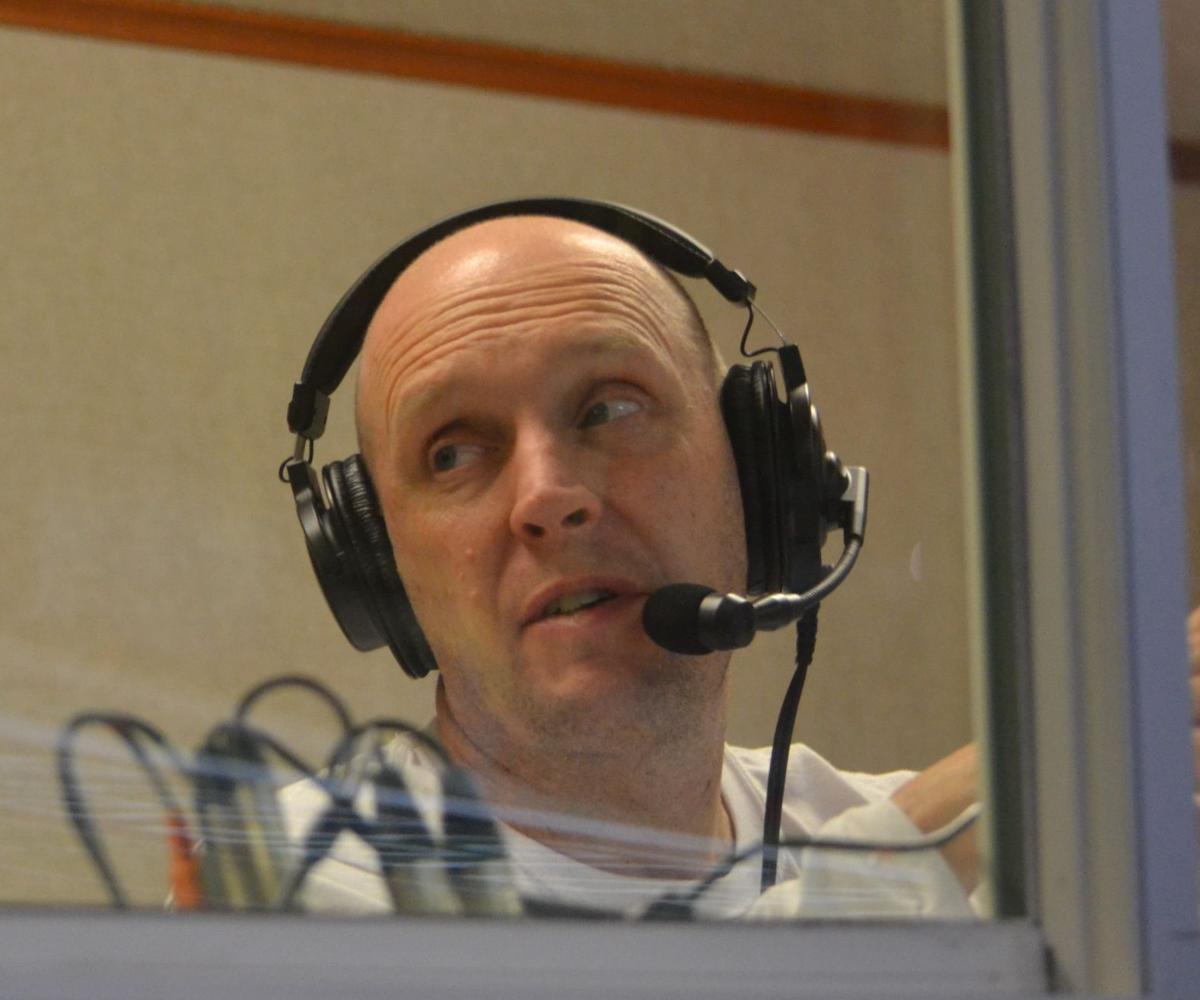 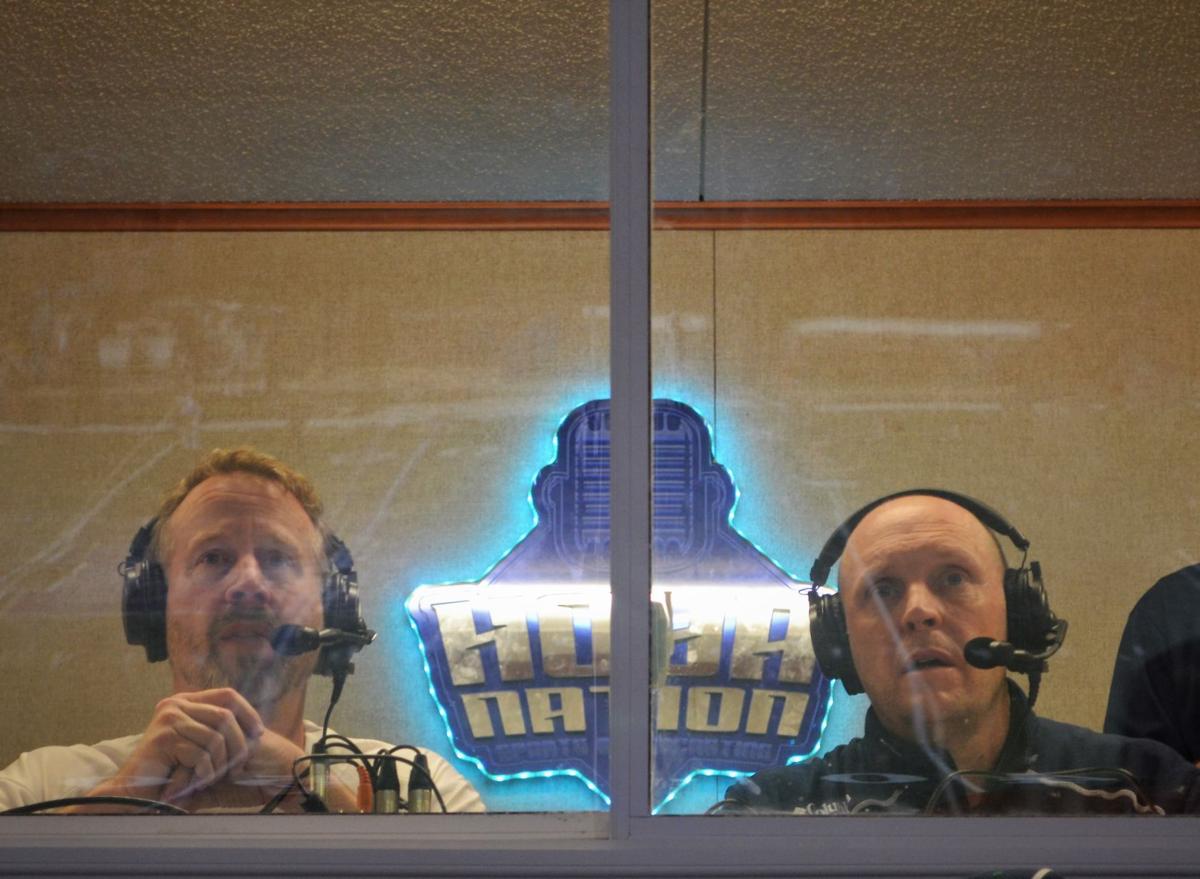 Editor’s note: The following Q&As have been edited for length. The MDJ caught Ted Mayer and Adam Freeman by phone, while Marty Steinmetz responded by email. Mayer and Steinmetz will not voice the away games, but Freeman will still be broadcasting, starting at 7 p.m. at www.hoyanationsports.com.

As three local football teams, one in Marietta and two in Cobb County, prepared this week for their Friday night semifinal playoff games, the MDJ caught up with the men who give those teams a voice at home under the Friday night lights.

Experience as the voice of Marietta: Since 2016

1. How did you end up calling the games for Marietta football?

In about 2013 or 2014 ... I had asked Coach Allen Brown, who is the official scorer for the Marietta men’s and women’s basketball team ... if he ever needed anybody to help him score any of the basketball games, that I was available to do that. ... Coach Brown said, ‘Hey, that’s fantastic. I’ll have you sub in. Let me give you some dates, and we’ll put you in.’ ... Since like 2014, I’ve been backing up official scoring for the varsity men’s and women’s basketball teams. In 2016, the athletic director, Paul Hall ... came to me during the end of the basketball season ... and said, “Hey, our regular (public address) guy is retiring’ ... and he said, ‘Would you be interested in doing the PA for football?’ And of course I said, ‘Absolutely. That would be an honor and a privilege, and thank you very much for the opportunity.’

I love calling the game — the action ... you have to be so tunnel-visioned. ... You can’t listen or look at anything else, especially when you’re doing the PA, because I’m following the ball. When the snap hits the quarterback, I follow the ball all the way down. I mean, I have binoculars on. ... And I know the Marietta roster, so that’s easy. ... But when a play happens for the opposing team, I try to meet with their coaches up in the press box before the game and say, ‘Who’s your quarterback, who are your main receivers, who’s your running back?’ ... And I highlight all of that. ... So I’m constantly scanning the field, and there’s distractions behind me, too. There’s referees sitting to my left, and my spotter sitting on my right. The Blue Devil News people are doing their thing. ... So it’s almost like you’ve gotta be tunnel vision with vision and hearing. ...

3. What has been the most exciting moment in a football game in your time as the voice of the Marietta Blue Devils?

There’s a ton of them this year. One of the more surprising ones was the Hillgrove game. I didn’t think Marietta was gonna beat Hillgrove that bad. ... I thought it would be like a 21-17 game. ... I’m not sure any one thing stands out. They’re all spectacular. I mean, anytime Harrison Bailey launches the ball, and it’s 40 or 50 yards in the air, and you catch Ricky White or Arik Gilbert or somebody like that ... in stride and they catch it and, boom, that’s always exciting. ... The most memorable I can recall this year is the entire season. It’s been magical and fun to watch and call from ... the very beginning.

Keep doing what you’re doing. Focus on the details, you know, don’t do anything outside of your box. ... I’m not a coach. I don’t have the coach’s ear ... but I mean, if I were to step in front of the team for a second, I’d say, ‘Play within your game. What you have been doing has been working all season long. ... Do your job, and pay attention to what you’re doing, and everything will fall into place.’

Residence: Acworth for the last 21 years

Experience as the voice of Allatoona: Varsity announcer since 2015; middle school and JV announcer from 2011-2014

1. How did you end up calling the games for Allatoona football?

When my sons began playing middle school football in the Allatoona program in 2011, I was asked to serve as the PA announcer for those middle school football games and I just moved up with them into JV and helped occasionally with Varsity on Friday nights. When the previous announcer, Lee Wellborn stepped down in 2014, the ... (Football Booster Club) reached out and asked if I would take over as the Voice of the Bucs, the following season… they said they were looking for someone long term, not just while my kids were at Allatoona, and I said I would look forward to it being a long term gig. Head Coach Gary Varner is a selfless leader and an outstanding molder of young men, and I am honored to be a small part of a football program that he leads. The fact that my first full season was the State Championship Season of 2015, made it extra special.

Getting the crowd into the game and throwing in a bit of humor, at times, makes it really fun. The crew in the booth of spotters and our scoreboard operator are awesome to work with and keep it light… we have a lot of laughs each Friday home game!

3. What has been the most exciting moment in a football game in your time as the voice of the Allatoona Buccaneers?

Hard to pick out one specific moment… the entire 2015 season and home playoff games were great memories with packed stands and Buc Nation was rocking during those games! This year has been special, too… calling the “Dante to Asante” long touchdown passes (QB Dante Marshall to WR Asante Das) and seeing the loud crowd support of Allatoona’s defense has also been exciting, especially as the Bucs shut out Coffee last Friday night.

Enjoy the moment, but leave it all out on the field. These are lifelong memories with your brothers that you will never forget!

Residence: Acworth for the last 23 years

Experience as the voice of Harrison: Since 2017

1. How did you end up calling the games for Harrison football?

It actually started in 2016 as just a podcast. ... I’d stepped away from my full-time athletic training duties ... and then just missed sports. I thought, ‘I’ve always wanted to do broadcasting ... so how can I be involved and do that at this level?’ In 2016 ... I was just recording the play-by-play of the games and posting it as a podcast that you could access for free any time. ... The next season ... it kinda grew ... More people were downloading it and listening to the games. ... And we thought, ‘Man, wouldn’t it be great if we could do the Rome game, up at Rome, live?’ ... So that was our first live broadcast in August of 2017, at Rome. We had over 1,600 listens. ...

I think my favorite thing about voicing the games is connecting with the alumni and the student body through our interactive live chat that we do, through the social media posts that we have ... we have students that create our commercials ... We have military fathers whose sons are in our program that listen to the games. We’ve had kids that were foreign exchange students over here that go back home, and they’re listening to the games, and it’s really neat when they get on the live chat with us and say, ‘Hey, it’s so and so from Florence, Italy.’ ... or ‘I’m such-and-such. I’m stationed at this camp in Afghanistan listening. My son’s a freshman that plays on the freshman Hoya team.’ ... Reaching out and being able to connect with alumni and keeping them part of the Harrison football culture ... no matter where they are in the country, that’s why we started doing it in the first place.

3. What has been the most exciting moment in a football game in your time as the voice of the Harrison Hoyas?

... We played Alexander (in the 2017 playoffs), and we were behind late, and Gavin Hall threw a touchdown pass to Micah Davis into double coverage. And (Davis) drug a guy into the end zone. ... I lost my composure on that call, and you can tell it in the broadcast ... because it was ... do-or-die time. It was like third-and-16 or something like that and we had like one timeout left. ... We had to score a touchdown. ... And you know, you don’t wanna lose your cool, because you want to be professional, but boy, you just lose your cool, because it’s exciting.

GOP shows little desire for witnesses ahead of critical vote