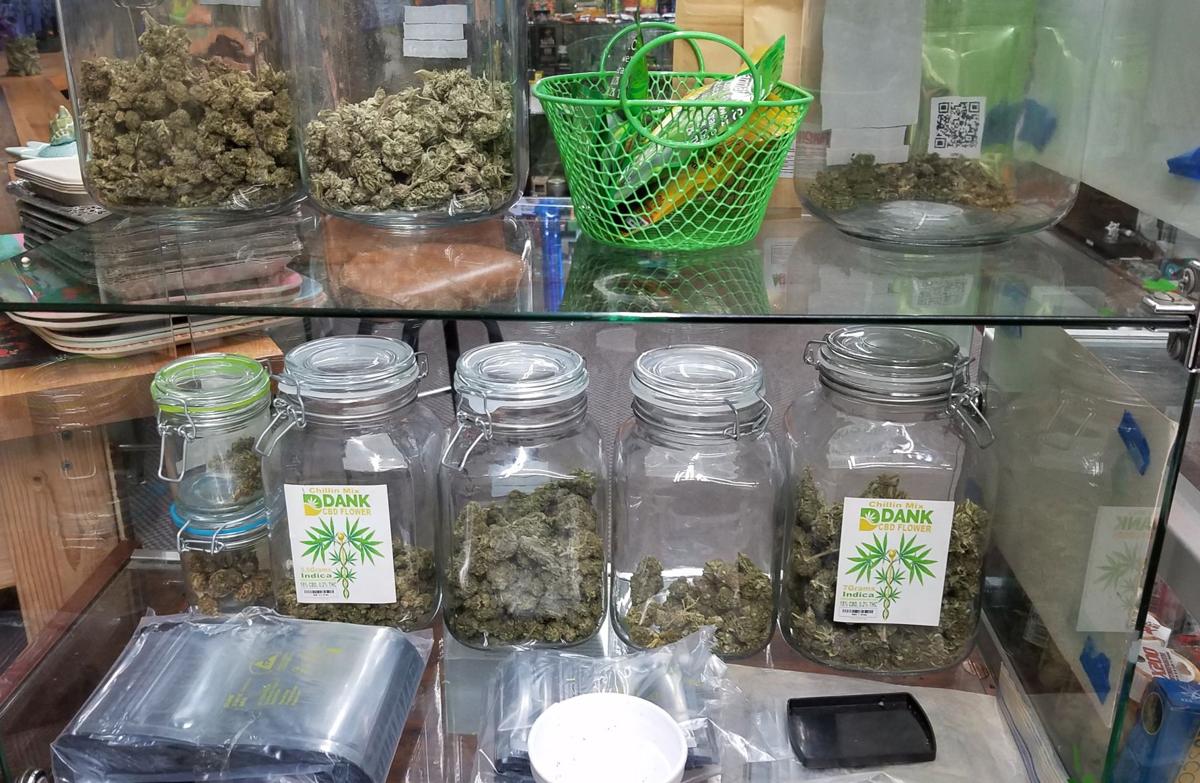 Marijuana police claim to have found in Christian’s possession. 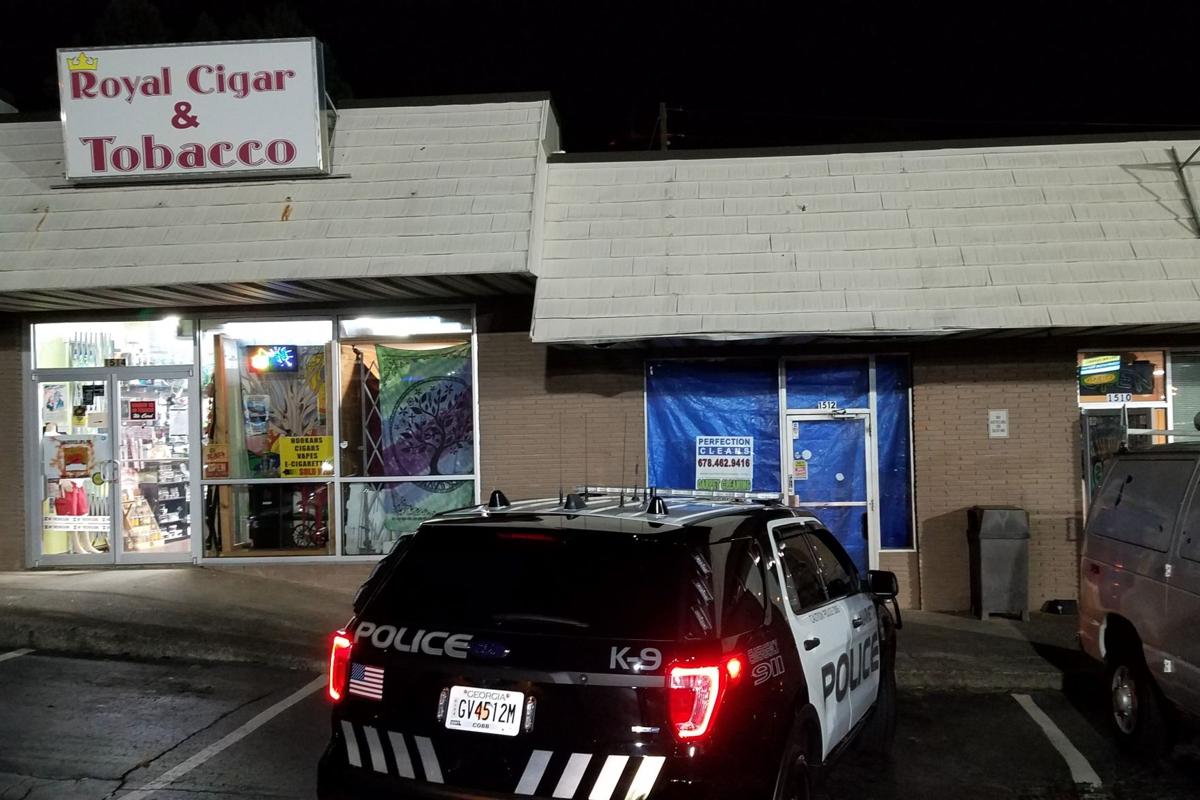 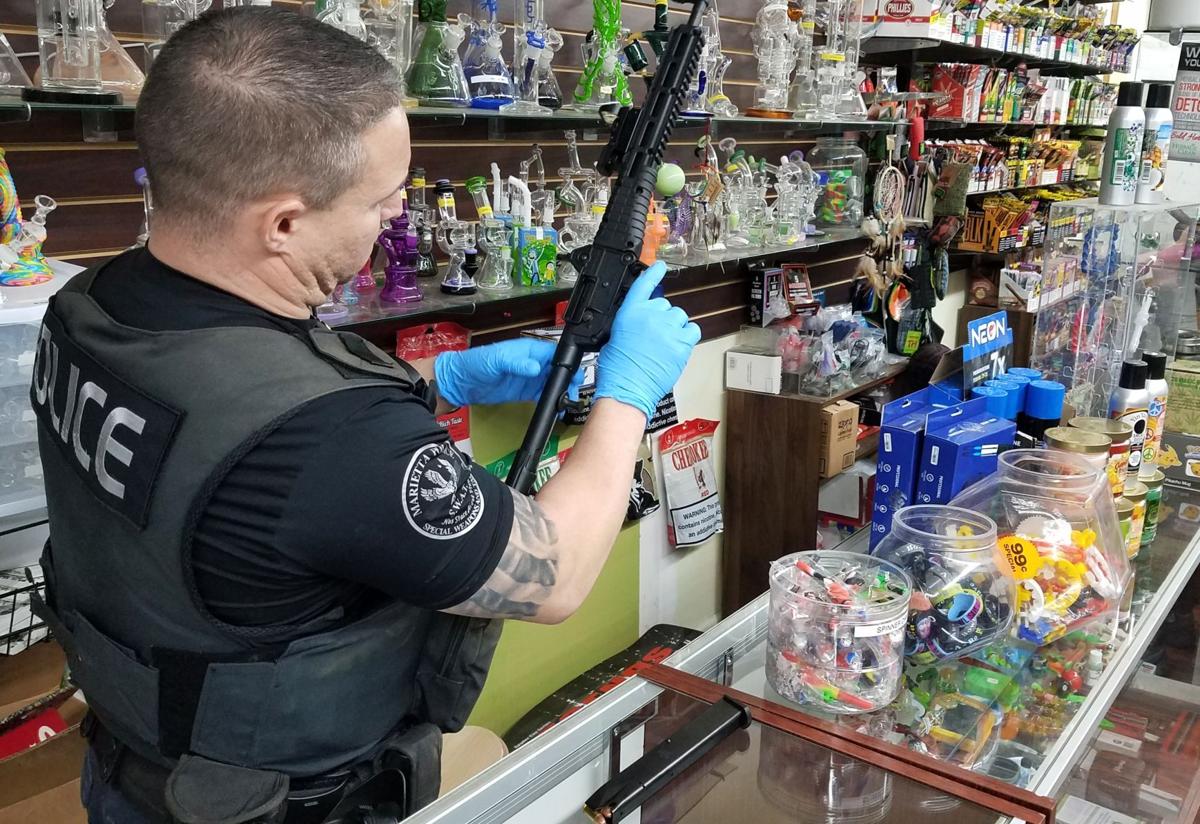 Marietta police with a gun officers claimed to have found in Christian's smoke shop on Roswell Road. 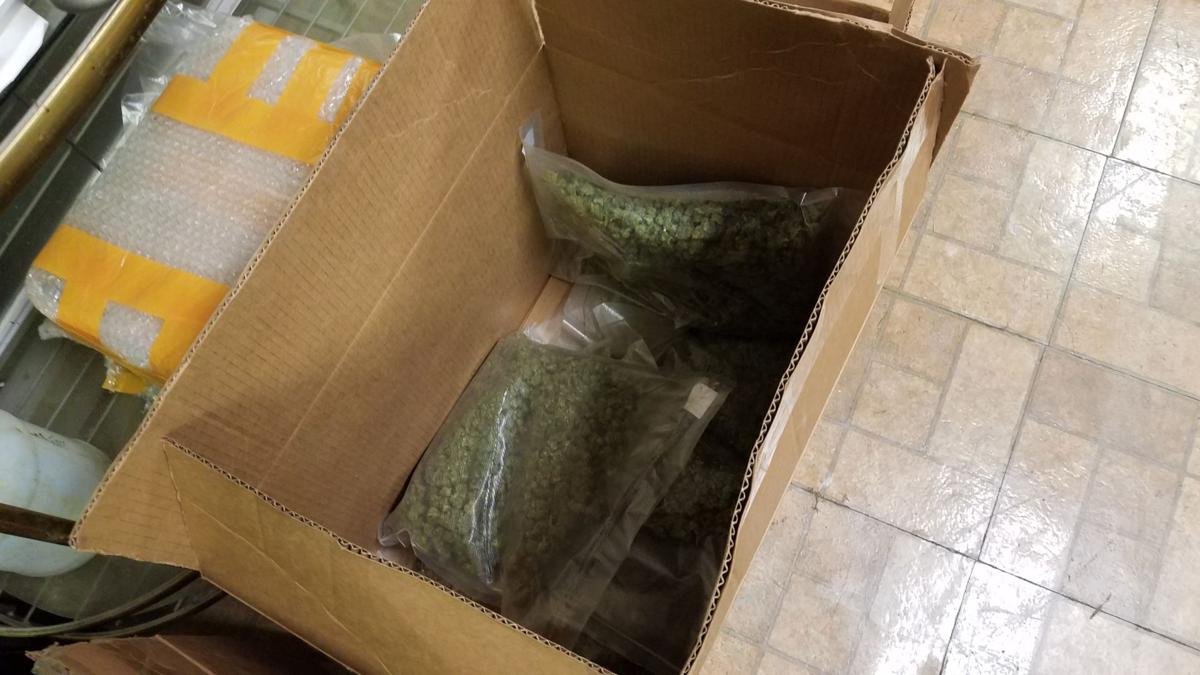 Marijuana police claim to have found in Christian's possession.

Marijuana police claim to have found in Christian’s possession.

Marietta police with a gun officers claimed to have found in Christian's smoke shop on Roswell Road.

Marijuana police claim to have found in Christian's possession.

A Marietta man has been operating an illegal drug lab out of his smoke shop inside a strip mall on Roswell Road, police say.

Billy Scott Christian, 28, was arrested and booked into the Cobb County jail Tuesday night after Marietta officers raided his shop and house, finding over nine pounds of marijuana, four guns and a lab used to make cannabis gummies and capsules of a drug that has similar effects of heroin, police said.

Marijuana, which is illegal, has a common street value of about $300 an ounce, making the nine-plus pounds of cannabis product that police say they found in Christian’s possession worth over $40,000.

This was part of an investigation by Marietta police into the sale and use of hemp and CBD oil — both legal products — prompted by warnings from the Centers for Disease Prevention and Control about vaping-related deaths.

Samples were obtained and shipped to the Georgia Bureau of Investigation lab for testing,” Marietta police spokesman Chuck McPhilamy said in a news release Tuesday, confirming that Christian’s so-called “hemp oil” tested positive as THC oil, prompting officers to get search warrants for his property.

Officers said they raided the Royal Cigar and Tobacco store as well as Christian’s other business called Endangered Botanicals, located in the same shopping complex.

“More than one hundred pounds of those substances were collected for further testing,” he said, adding that kratom, an herb, acts as an opiate and has similar effects as heroin. “Investigators will work with the Cobb County District Attorney’s office to determine what charges may be appropriate related to this substance once the GBI confirms the actual chemicals being included with each capsule.”

He is charged with three counts of possessing marijuana for sale or distribution and one count of possessing a gun or knife during a felony crime.

“Who knows how many individuals may have consumed these items not knowing what they were actually doing, and how that could negatively impact their personal and professional lives or health,” Flynn said. “New threats from drugs are coming at us quickly. Any drug trend that poses a threat to the residents of the city of Marietta will become a priority for us as it was in this case.”

In snub to US, Britain will allow Huawei in 5G networks

Whether to call Bolton, other witnesses roils Trump's trial