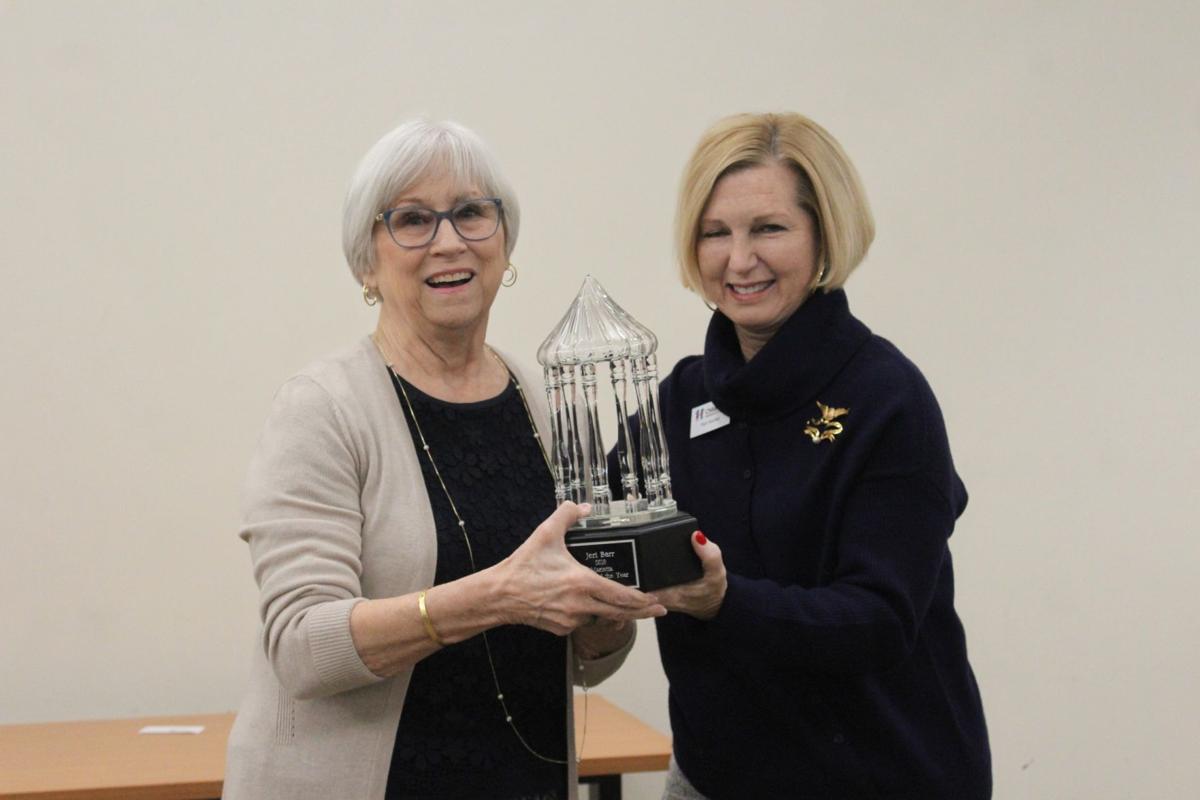 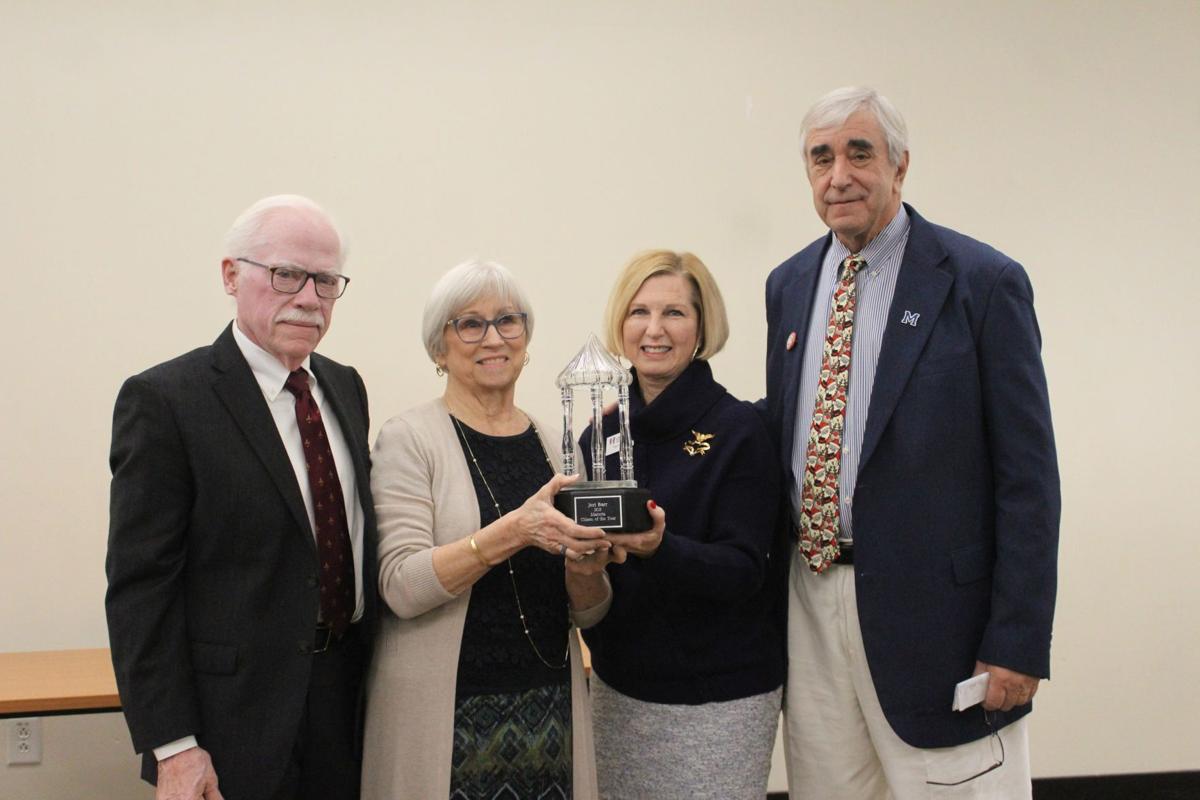 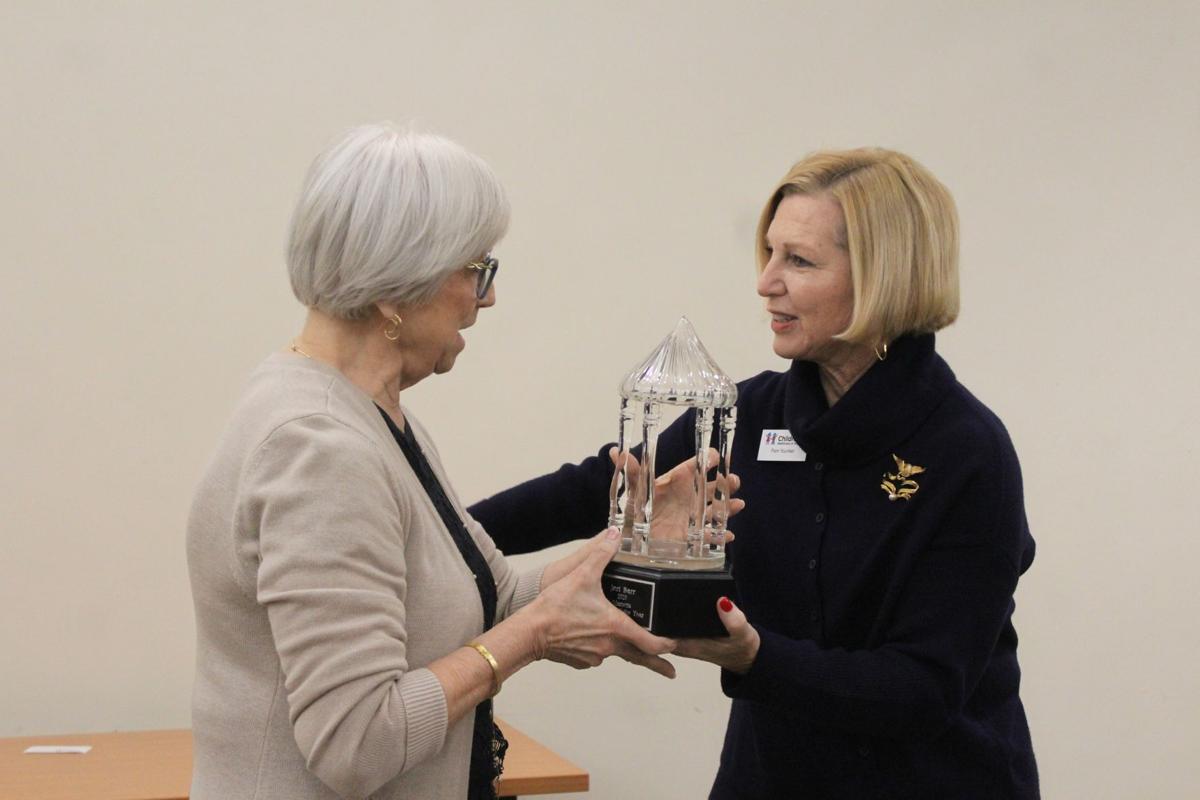 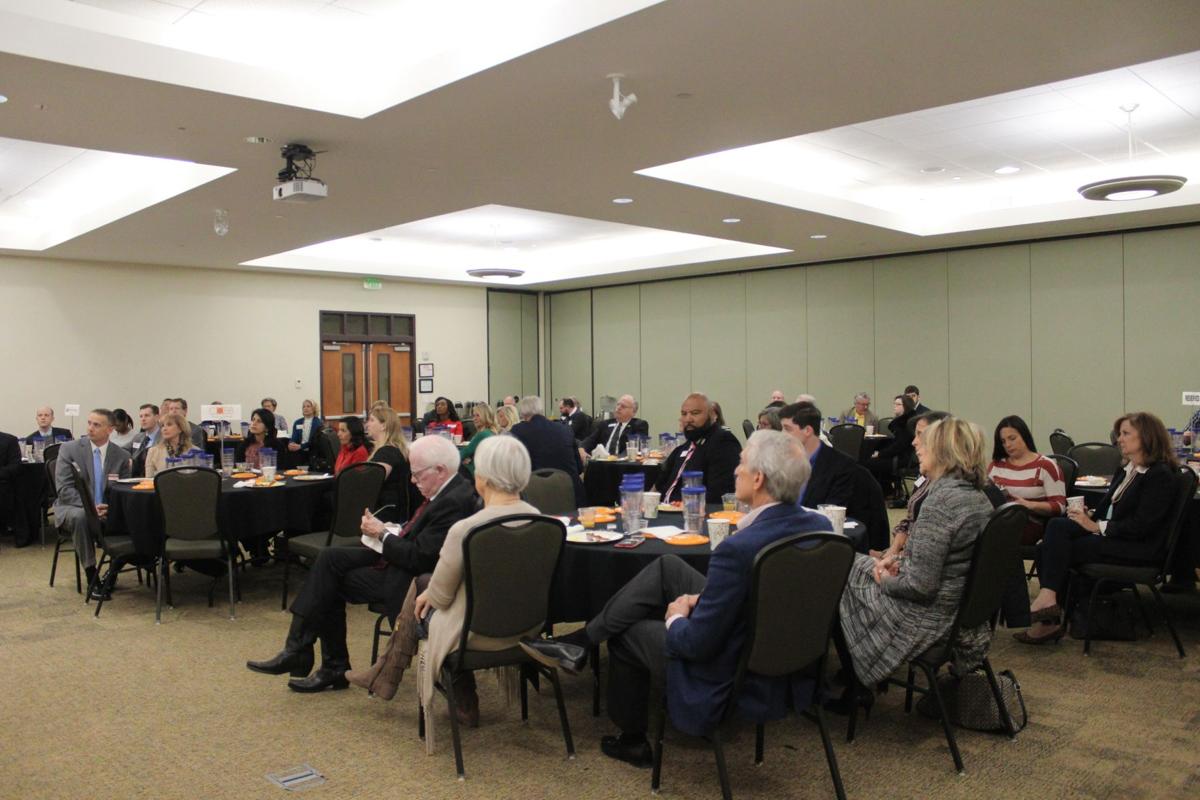 Over 50 people attended 2019's last meeting of the Marietta Area Council of the Cobb Chamber of Commerce Thursday, when Jeri Barr was named Marietta Citizen of the Year. 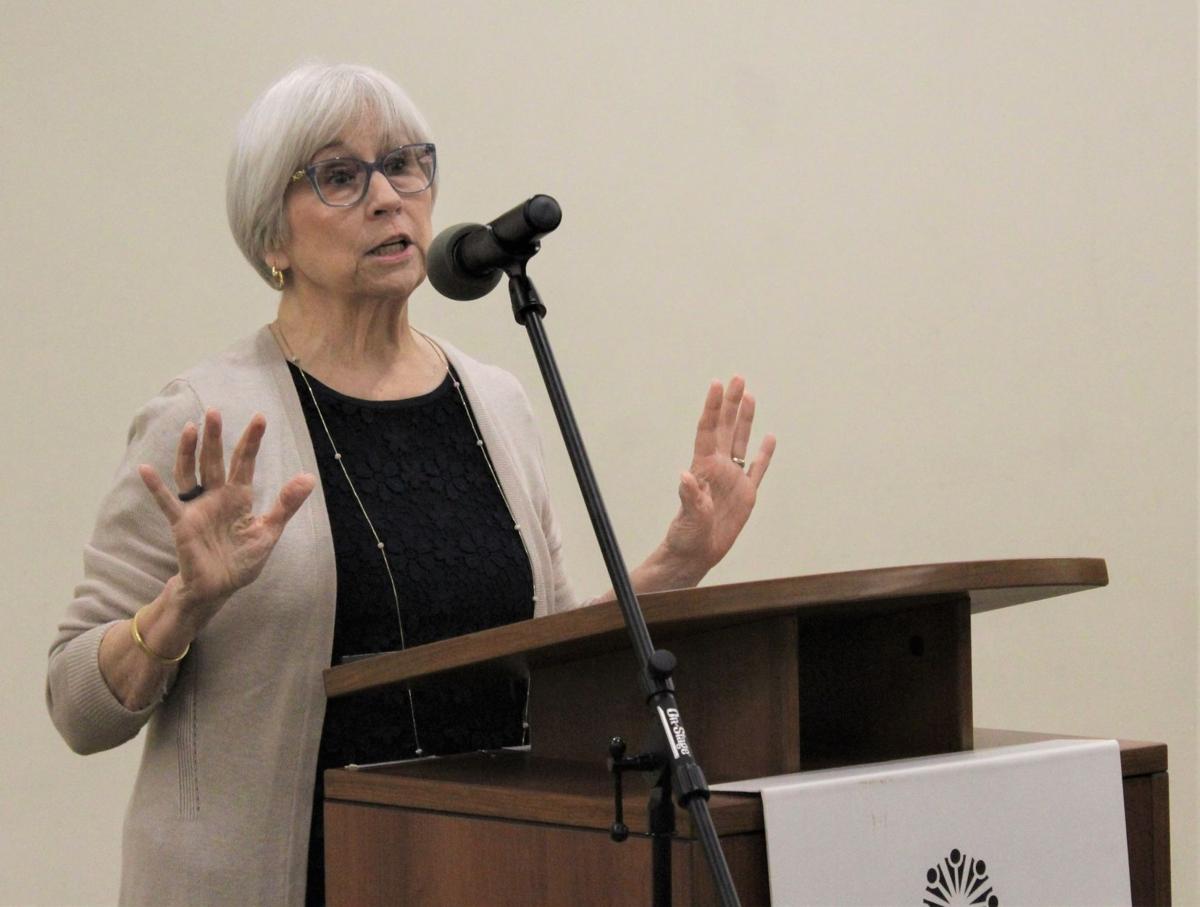 Marietta Citizen of the Year Jeri Barr makes a speech after receiving the accolade Thursday.

Over 50 people attended 2019's last meeting of the Marietta Area Council of the Cobb Chamber of Commerce Thursday, when Jeri Barr was named Marietta Citizen of the Year.

Marietta Citizen of the Year Jeri Barr makes a speech after receiving the accolade Thursday.

MARIETTA — For over 35 years Smyrna resident Jeri Barr has dedicated her life to serving the community, heading one of Cobb’s largest and oldest family-oriented nonprofits, and now the community is giving back.

Lured to The Center for Family Resources under the pretense of a meeting with Cobb Board of Commissioners Chairman Mike Boyce on Thursday morning, Barr arrived at her former workplace in Marietta to instead find a function taking place in her honor.

“Ya’ll did a really great job of not letting me know, I had no idea,” Barr told over 50 people gathered at the center to see her named Marietta Citizen of the Year. “All I can do is say thank you. It means so, so much to me that you would honor me in this way because Marietta and Cobb County means so much to me.”

Barr, who retired earlier this year as CEO of The Center for Family Resources, was nominated for the accolade by her former colleagues there.

When Barr took over, the center operated out of a 3,000-square-foot space it rented at WellStar Kennestone Hospital. Now it owns and operates a 60,000-square-foot building worth $10 million that includes conference facilities and office space rented to the public and other nonprofits.

Barr said she was asked by Boyce to meet him at the center, on Roswell Road near The Big Chicken, for a chat.

Thinking it odd the meeting would take place at her former job at 7:30 a.m. on a Thursday, the now retired Barr found it even more strange her husband, former U.S. Rep. Bob Barr, was also up and dressed for a ‘mystery’ event at the same time.

“When I got here and met Mike, he says, ‘I’ve done my job, you’re here, thank you, goodbye,’” Barr said of the charade to keep her award secret. “I just want to thank you all for this recognition.”

Her award was the pinnacle of the final meeting of the year for the Marietta Area Council of the Cobb Chamber of Commerce.

Every year the chamber and its area councils, in association with Cobb County Rotary clubs and Cobb business and civic associations, present citizen of the year awards to the most deserving of nominees.

Awards are based on a candidate’s “definable, exceptional deeds that showcase a dedication to making Cobb or one of its areas a better place to live, work and play,” according to the chamber. “The individual should be extremely active and hands-on in a Cobb County community and should be easily considered a role model.”

Not only the CEO of The Center for Family Resources since 1984, Barr has also been heavily involved in many other community support organizations and initiatives, including Cobb’s community council, the local rape crisis center, Special Olympics and Junior League events, United Way’s advisory committee, Cobb’s children’s center, the Kiwanis Club of Marietta, and Cobb Collaborative.

She helped establish the Cobb Human Services Coalition and is a past chair of The Forum, an organization composed of directors from metro Atlanta agencies funded by United Way, of which the Center for Family Resources is one.

Barr is also a past president of the Cobb Community Transit advisory board and several other bodies and groups focused on local people, services and development.

“Jeri has dedicated her life to helping people achieve their highest potential, regardless of their income, race, or skill level,” her nomination from the center’s staff and board states. “She serves as a mentor to rising leaders in the nonprofit sector, an inspiration to board members and business leaders, and is a catalyst for change to individuals who are unemployed or under-employed in our community.”

Barr was handed the award Thursday by 2018 Marietta Citizen of the Year Pam Younker of Children’s Healthcare of Atlanta, following an introduction by Marietta Mayor Steve Tumlin.

“She has a legacy of providing hope for the hopeless, food for the hungry, and kindness to those who feel abandoned,” Tumlin said of Barr. “Her big heart that is coupled with action brings about what is a true citizen of the year.”

The Center for Family Resources, established in 1960, provides a number of services to families and individuals who are homeless or in danger of becoming homeless, including short-term housing, job hunting help, food assistance and more.

US to screen airline passengers from China for new illness