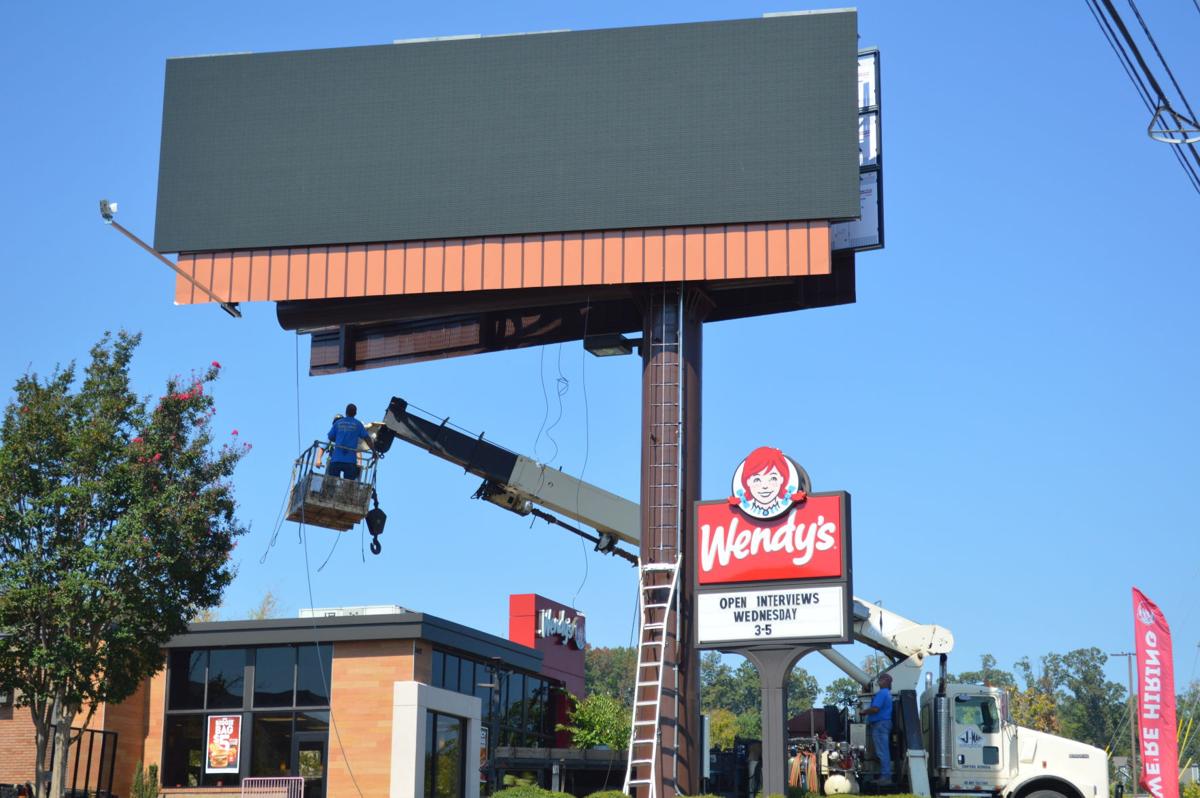 One of eight new billboards is going up in Cobb County. Pictured is one of the eight on the property of a Wendy’s near the intersection of Barrett Parkway and Dallas Highway. 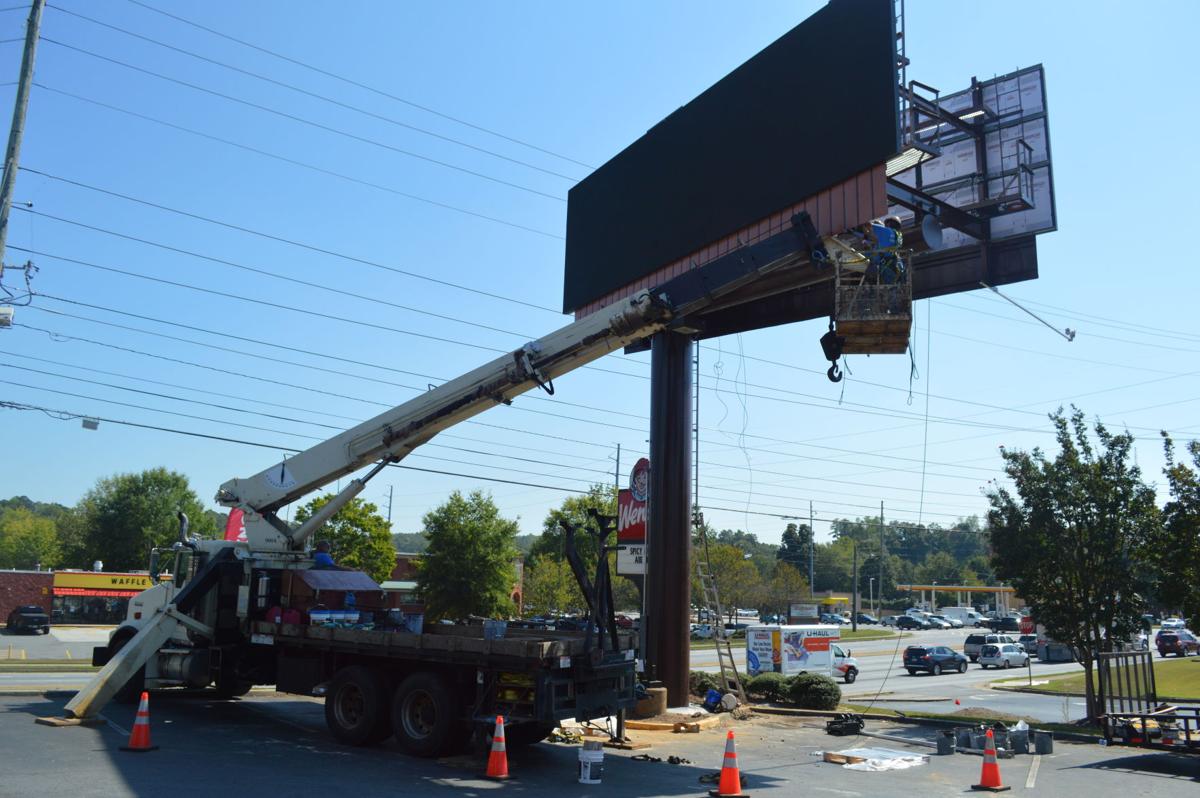 The company responsible for the billboards initially wanted to place 26 around the county.

One of eight new billboards is going up in Cobb County. Pictured is one of the eight on the property of a Wendy’s near the intersection of Barrett Parkway and Dallas Highway.

The company responsible for the billboards initially wanted to place 26 around the county.

Two large LED billboards are under construction in Cobb County. Six more are set to follow, and some county residents are up in arms.

“I was just driving down Barrett (Parkway) yesterday and right when I got to it, I thought, ‘Oh my God, that’s hideous,’” said Marietta native Eileen Johnson.

In April, the county and Vision Outdoor Media, LLC settled a lawsuit Vision had filed after the county rejected its request to build 26 billboards.

District 1 Commissioner Keli Gambrill said the pertinent ordinance, as written, did not give the county grounds to deny Vision’s request.

The ordinance has since been amended, and now prohibits signs larger than 49 square feet on all roadways save those it defines as “major”: the interstates and Cobb Parkway. The sign going up beside the Wendy’s off Barrett Parkway by Dallas Highway will be 378 square feet, according to an email Gambrill sent to supporters this week.

“This is not where we would want billboards, we don’t want to end up looking like (U.S. Highway) 41 or the expressway,” Johnson said. “This sticks out like a sore thumb.”

“I don’t think personally it’s a thruway like 75 or 575 so I think what people are most upset about is, this was done without any public knowledge or input. It just happened,” said county resident Lisa Acton. She insists that it should have been handled as if it were a zoning case, with letters mailed to nearby residents and opportunities to provide public input.

Gambrill said the settlement came before commissioners this spring, and was approved 4 to 1. Hers was the only dissenting vote.

Under the settlement, Vision will only be able to construct, maintain, repair and/or replace eight new double-sided signs in specific areas of the county agreed to by the company and county. Each of the signs may be of the electronic, LED display variety that allows for advertisements to be changed every 10 seconds or longer, though the company is not required to install an LED sign for each billboard.

In exchange, Vision will pay the county $800,000 in impact fees in connection with the permits for the signs, with the $100,000 for each sign allocated to the sidewalk fund for the commission district where the sign will be located.

“This settlement avoided a lengthy and costly legal battle that could have cost taxpayers a considerable sum of money,” the county wrote on its Facebook page Thursday. County manager Rob Hosack did not immediately return a call requesting comment Friday afternoon.

The billboard locations are:

♦ The intersection of Barrett Parkway and Dallas Highway

♦ Along Highway 92 between Lindsey Way and Surrey Road

Stocks give up early gains and end mixed on Wall Street

Trump trial gets more pointed with Bolton book at the center

Sanders defines a Jewish identity his way on the 2020 trail