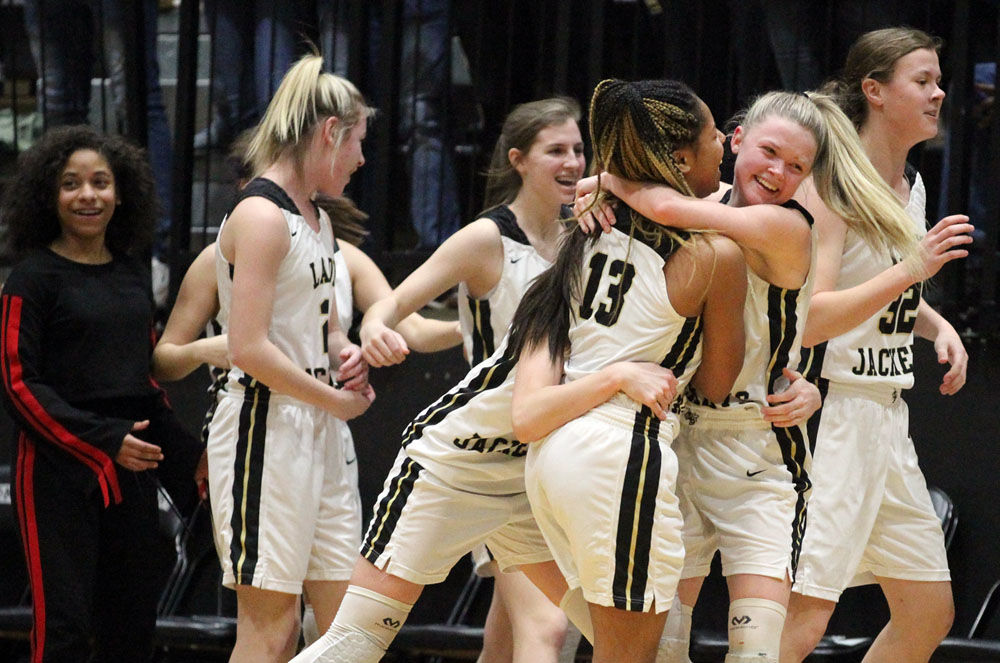 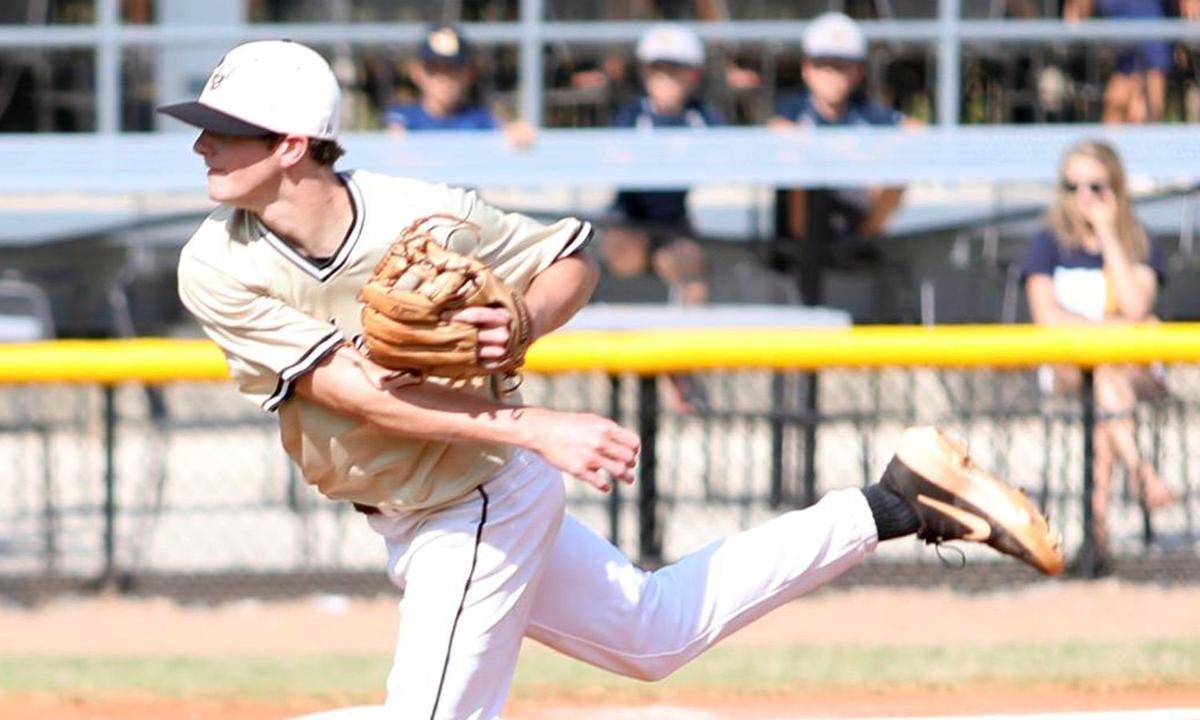 Rockmart’s Ty Floyd delivers to the plate during Game 1 of the Class AA state championship series Monday in Macon. 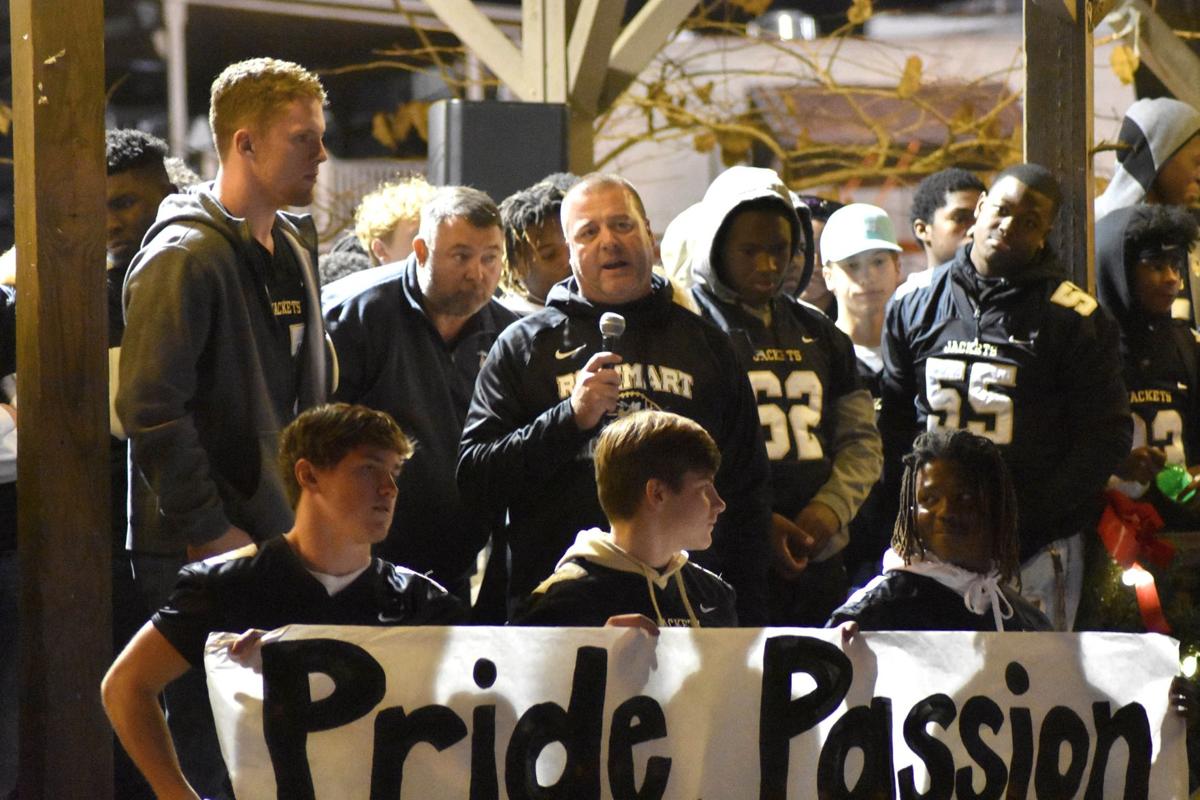 Head Football Coach Biff Parson speaks to the attendees at the community pep rally event on Thursday ahead of the big football game against Brooks County. 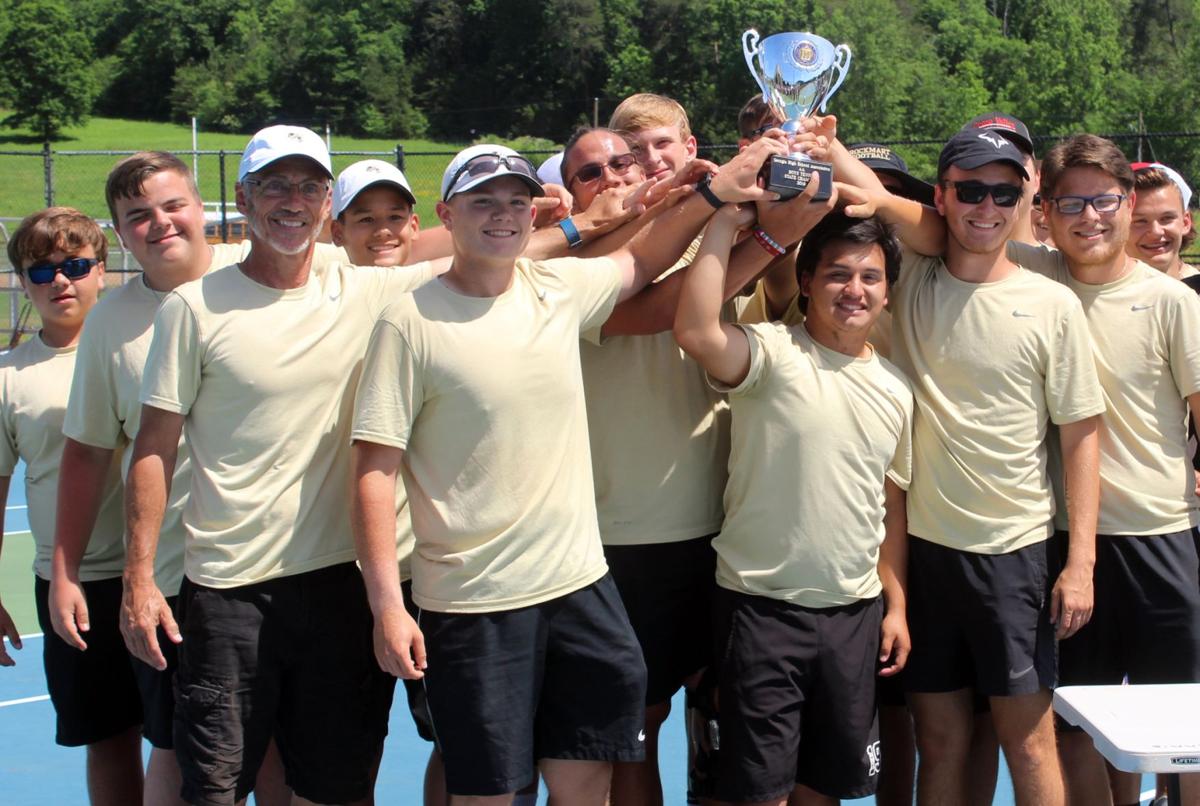 The Rockmart boys tennis team holds the Class AA state championship trophy up after defeated Early County 3-2 on Monday in Rockmart. It is the first state title for the program.

Rockmart’s Ty Floyd delivers to the plate during Game 1 of the Class AA state championship series Monday in Macon.

Head Football Coach Biff Parson speaks to the attendees at the community pep rally event on Thursday ahead of the big football game against Brooks County.

The Rockmart boys tennis team holds the Class AA state championship trophy up after defeated Early County 3-2 on Monday in Rockmart. It is the first state title for the program.

Many Rockmart sports teams had great successes in 2019.

From boys’ tennis winning a state title to girls basketball making history with a region title, the Yellow Jackets sports program is headed for another great year.

The Rockmart boys’ tennis team finished their season in May after a close 3-2 comeback win over Elbert County to win the GHSA Class AA state tennis championship, which marked the program’s first ever state championship win.

Although the team had many veteran players and five seniors, two seniors stood out throughout the season and both won tiebreaker sets at the end of the state championship match, and all of the crowd’s attention was on them.

With the championship win, the Jackets finished their 2019 season with a perfect 25-0 record.

After two months of fundraising and finding sponsors to cover the costs, the tennis team was presented with their rings during halftime of the Rockmart vs. Bremen scrimmage football game.

The ring ceremony was an opportunity for the team to come together again and for the community to show their support and pride for the team’s accomplishments.

“They worked really hard and showed dedication and competitiveness all season, which is why I think we won the state championship,” Head Coach Barry Owen said.

He mentioned that in preparation for the upcoming 2020 season, the team will have lost five of their previous seven starters, adding that they will have their work cut out for them. He said there are several players who improved last year, and he hopes they will step up and fill the open roles this spring.

The Rockmart girls’ tennis team saw their 2019 season come to an end early, but still have many successes they can be proud of.

Rockmart’s girls saw their season end in the Final Four round of the GHSA Class AA state championship playoffs with a 3-1 loss to Berrien, which was only the Lady Jackets’ second loss of the season.

“My girls had a great year,” Rockmart girls’ coach Kent Mathis said. “We lost five starters last season so we had to regroup. The girls fought hard, we just didn’t have enough gas in the tank to win.”

The baseball team went far with their 2019 season by making it to the GHSA Class AA state championship game.

Rockmart fell to Jeff Davis 2-0 in the decisive Game 3 of the GHSA Class AA Baseball State Championships at Luther Williams Field in Macon on Wednesday afternoon.

The two teams had split the series-opening doubleheader Monday with Rockmart winning Game 1 4-1 before falling 4-2 in the nightcap and forcing Wednesday’s winner-take-all contest.

The series was the furthest Rockmart has gone in the playoffs in school history, and Yanzetich said the team made a commitment after a 2018 first-round elimination to play for each other and with each other, a purpose Yanzetich credits with this year’s playoff run.

Rockmart (29-11) put up a hard fight for the championship through a 2019 season that included an undefeated run through Region 7-AA play.

“The team gave me every bit of what they had all-year long,” Rockmart head coach Kenny Yanzetich said. “And what a run. I couldn’t be more proud of the effort these kids put in.”

Yanzetich said it was a big run for “Dylan Bailey and his boys” with a career record of 91-41 overall for the Class of 2019.

Yanzetich also thanked the Rockmart fanbase for sticking with the team through long nights in the playoffs, and rooting the team on during big comebacks. He said the Rockmart community is a special group, and it’s fun to play for them.

In basketball, the Jackets and Lady Jackets fared well in their 2018-19 season and headed into 2020 with momentum in the second half of the season.

The Lady Jackets in the 2018-19 season won their first region title since 1961 with a win over Chattooga last February to hoist the region trophy that came back to Polk County after a 60-year hiatus.

After a 18-7 finish down the stretch in the regular season and a 12-2 region run, Rockmart’s girls went 20-8 by season’s end to finish out the playoffs in the Elite Eight when they ran up against a strong Laney team and their season ended.

The team also saw the end of the basketball career of head coach Tim Puckett, who decided to step down from the squad’s leadership role to spend more time with his family following football’s off-season this year. He remains a key figure in the Jackets defensive coaching staff.

New head coach Andre Clark took over the team following the end of the 2018-19 school year and has thus far enjoyed success. As of press time, the Lady Jackets were staying hot and in contention with Keyarah Berry leading the offense with double digits each time she got onto the floor.

Rockmart’s boys finished their 2018-19 season with a 17-10 record, a 13-1 region record and second place in 7-AA contention, and a playoff win over Hapeville Charter in the first round. Head Coach Vic Calhoun’s second year has gone well so far with a 6-6 record and above .500 in region play before the holiday break at 3-1.

Football is where Rockmart continues to shine on the state level. A state runner-up trophy in 2018 translated to a squad determined to make it back to the big stage, though this year injuries late in the season stymied their opportunity for another run.

Rockmart went 11-1 and ended their season against Brooks County following the loss of quarterback Javin Whatley in the opening round of the Class AA playoffs to injury. The Jackets went the season leading opponents by double digits including an early season road trip to defending state champ Heard County, who they toppled in a 47-14 win.

The Jackets also noted season opening win over Cedartown in the second in a row in the past two meetings, and a perfect run through region play. The closest any team came to matching the Jackets on offense and defense during the year was Pepperell, who eventually fell to Rockmart 34-17 in an October meeting.

Rockmart made it through the regular season unscathed, but couldn’t hang on in the second round in a 41-3 loss to Brooks County.

The 2019 season marked their fourth year in a row making it to the Class AA playoffs under Head Coach Biff Parson, and the second they were able to host the opening and second round.