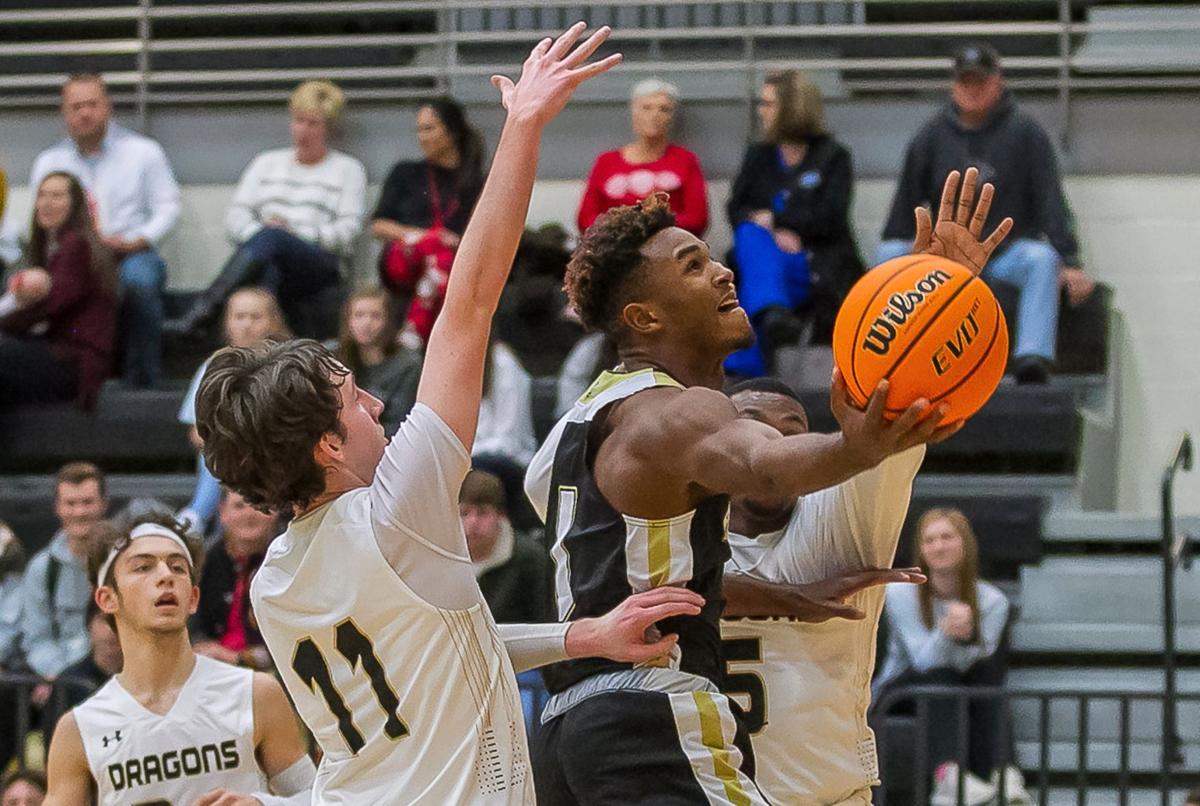 Rockmart’s Juke Boozer tries to lay up a shot in between Pepperell’s Hunter Henderson (11) and Phoenix Prime during a Region 7-AA game Tuesday at Pepperell High. 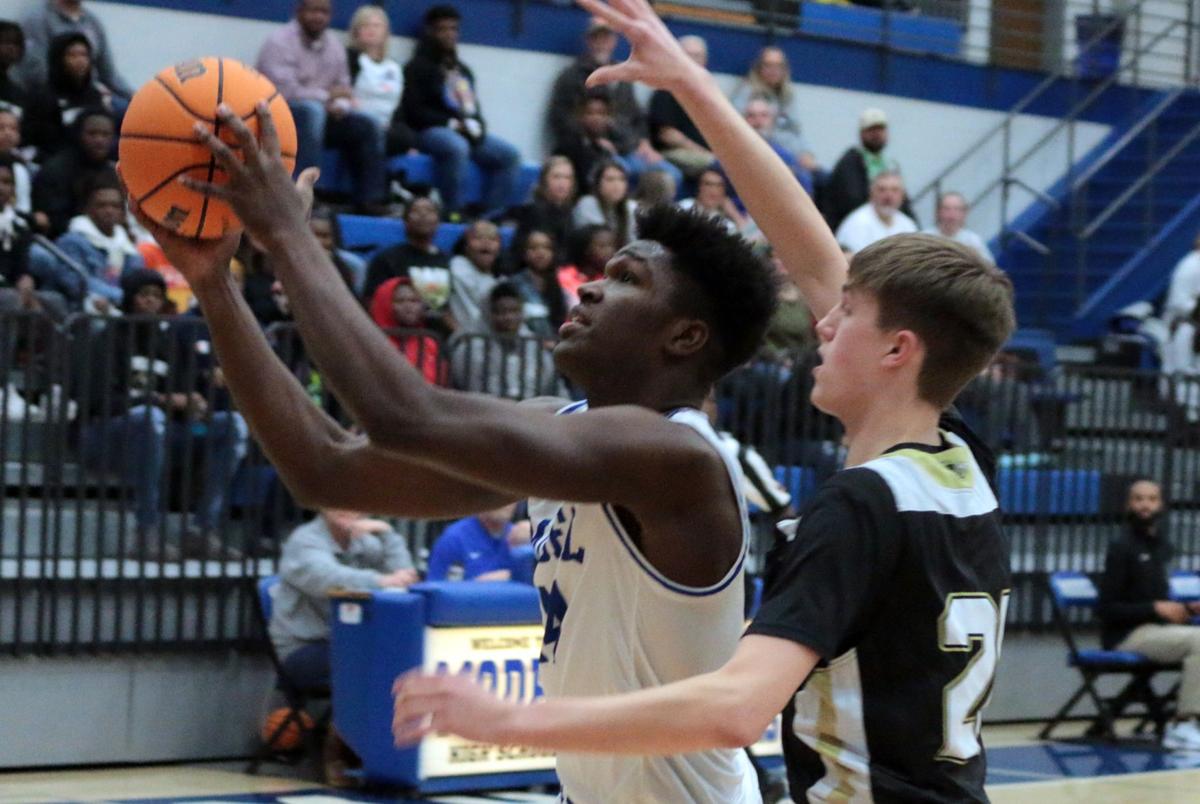 Rockmart’s Juke Boozer tries to lay up a shot in between Pepperell’s Hunter Henderson (11) and Phoenix Prime during a Region 7-AA game Tuesday at Pepperell High.

The Rockmart Yellow Jackets keep coming up big in Region 7-AA and as of the end of the week held a onto a five game winning streak and were 3-0 in region play.

Last week, Rockmart faced down a pair of Floyd County schools and came away both times with big wins.

Opening the week on Dec. 10, Rockmart’s Juke Boozer found his sweet spot against the Pepperell Dragons.

A tight first half was blown open by a 21-12 third quarter as Boozer made four 3-pointers in the eight-minute span and Rockmart defeated Pepperell 70-52.

The Jackets doubled down to keep their winning streak alive on Dec. 13.

The Blue Devils were outlasted by Rockmart 59-54 in Shannon, dropping Model to 3-1 in region play.

The Blue Devils led the majority of the game, owning a 29-24 lead at halftime and leading by as many as 15 points in the third quarter. Rockmart’s Juke Boozer then took his team on a 13-2 run to close out the third period, cutting Model’s lead to six points.

Rockmart’s Sherman Davis hit a 3-pointer in the final 3 minutes of the game to break a 52-52 tie and give the Yellow Jackets the lead for good.

With the pair of wins, Rockmart held onto a statistical advantage in 7-AA over their next region opponent, Chattooga, who sat at 4-0 in the region as of the weekend.

The Jackets headed into the weekend in a rival game against Cedartown before they returned to the court to take on Chattooga on Dec. 17 on their home court, and then host the forthcoming Rockmart Christmas Tournament from Thursday through Saturday. See Page B3 for more on their upcoming games.