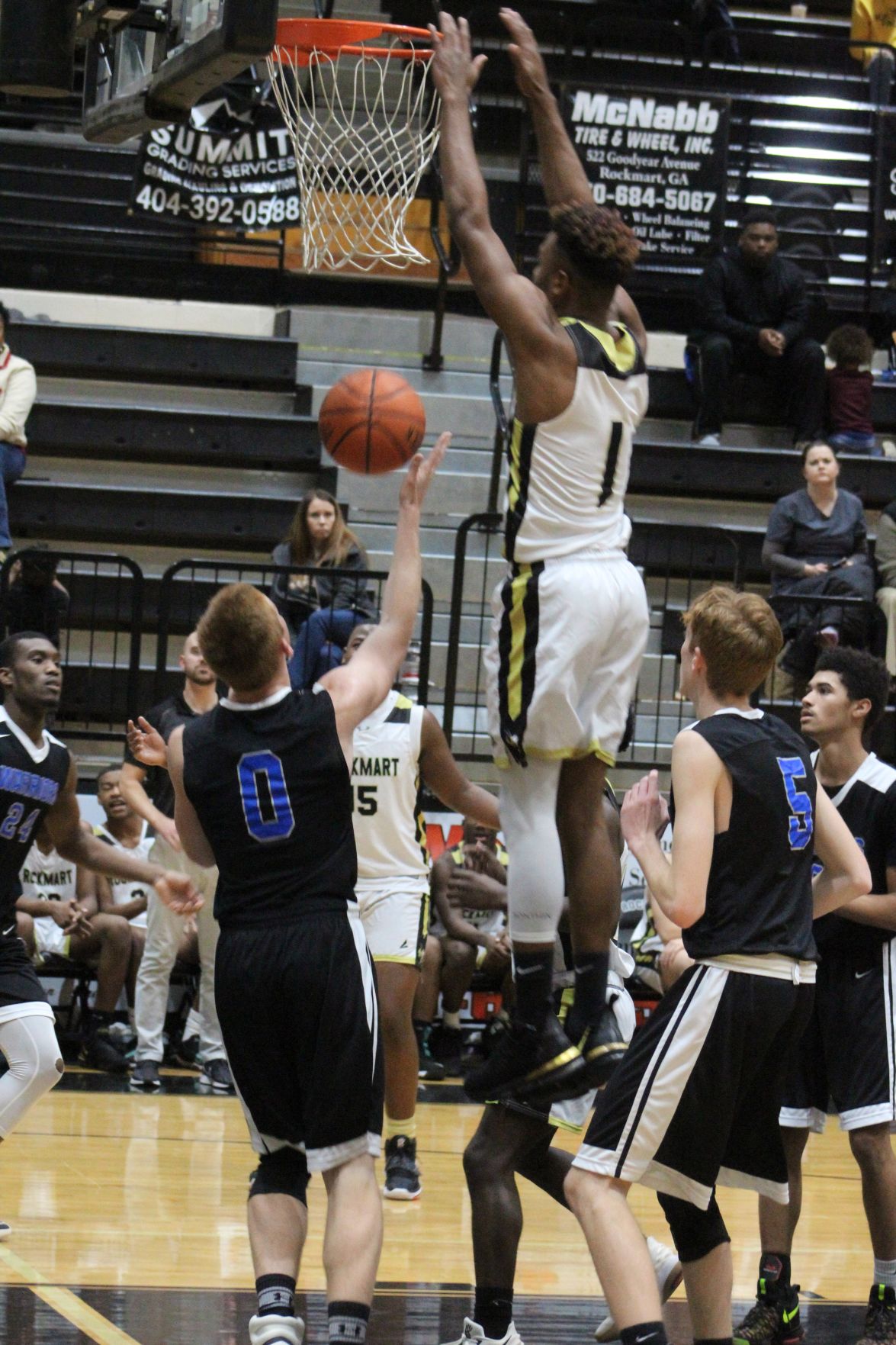 Juke Boozer went vertical against the Gordon Central defense in a big first half run for the Jackets, and came back and dominated in the second half as well. 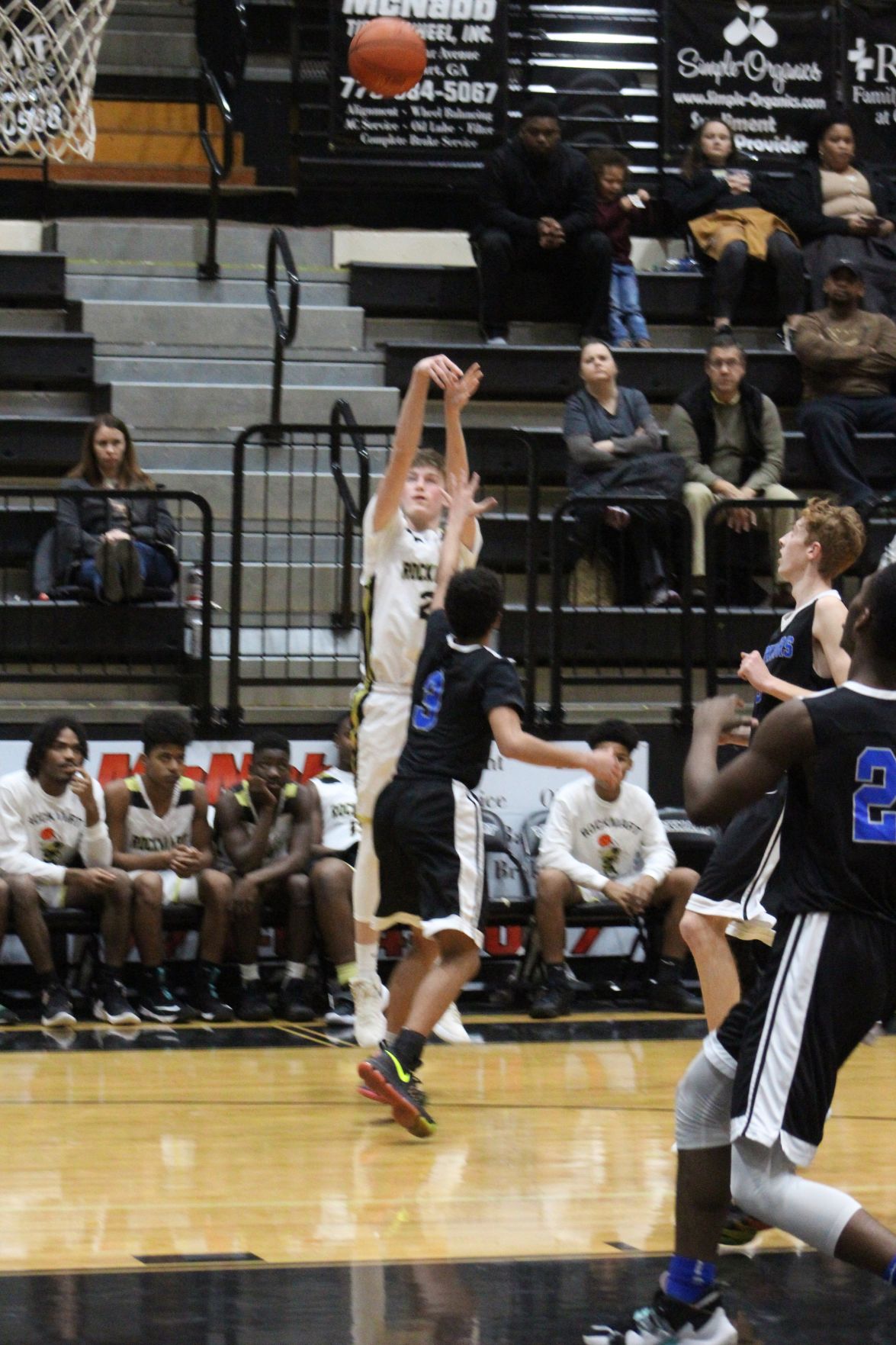 Younger players got a chance to get into the game when Rockmart took a 30-plus point lead into the second half against Gordon Central on Dec. 6.

Juke Boozer went vertical against the Gordon Central defense in a big first half run for the Jackets, and came back and dominated in the second half as well.

Younger players got a chance to get into the game when Rockmart took a 30-plus point lead into the second half against Gordon Central on Dec. 6.

The Rockmart Yellow Jackets basketball program this year is above .500, winning strong and can utilize a deep bench to put up points on their opponents.

Rockmart, now sitting at 3-2 after going on a streak against Rome, Gordon Central and Bremen, enter this week with an opportunity to keep it up and grab a win over their rival heading into the holiday tournament.

The Jackets put up an 81-47 win over Gordon Central, and then drove home a 20-point 62-42 win on the road over Bremen this past weekend to continue a winning streak after starting the season with a pair of losses.

Rockmart put up 51 points in the first half over Gordon Central, and then brought in younger talent off the bench to play through the latter half of the third and throughout the fourth quarter in their 34-point victory at the end of last week.

“We have fun playing at that pace, miss or make,” head coach Vic Calhoun said. “We want to try and push the ball down the court and get a look before the defense gets set, and I think we did a really good job of that.”

Tyler Rowland put up 17 on the night including a trio of three pointers, Keyshawn McCullough dded another nine and Luke Noland went on a streak with 12 points all in field goals to help the Jackets get a huge win, and then younger talent came on the floor and added to the overall totals on the night over the Warriors.

Calhoun said the contributions from all on the bench — like Noland — got in a great week of practice and had the chance to get minutes on the floor for his efforts.

With the win Saturday, they go into a road trip to Lindale with momentum. The Jackets have Pepperell on Tuesday after press time before they again hit the road on Friday for a trip to Shannon and the Model Blue Devils, then a Saturday drive cross-county against Cedartown.

They come back home first play against Chattooga in a region match up on Dec. 17 to round out region play heading into the Christmas break.

Rockmart’s break won’t come for a while still. After the weekend, the Jackets begin the Rockmart Christmas Tournament with a first round match up against The King’s Academy out of Woodstock. They’ll play on Dec. 20 and 21 if they continue to win in the home tournament.

If not, they’ll get a break before getting back into play on Dec. 30 against Villa Rica in an early season rematch.