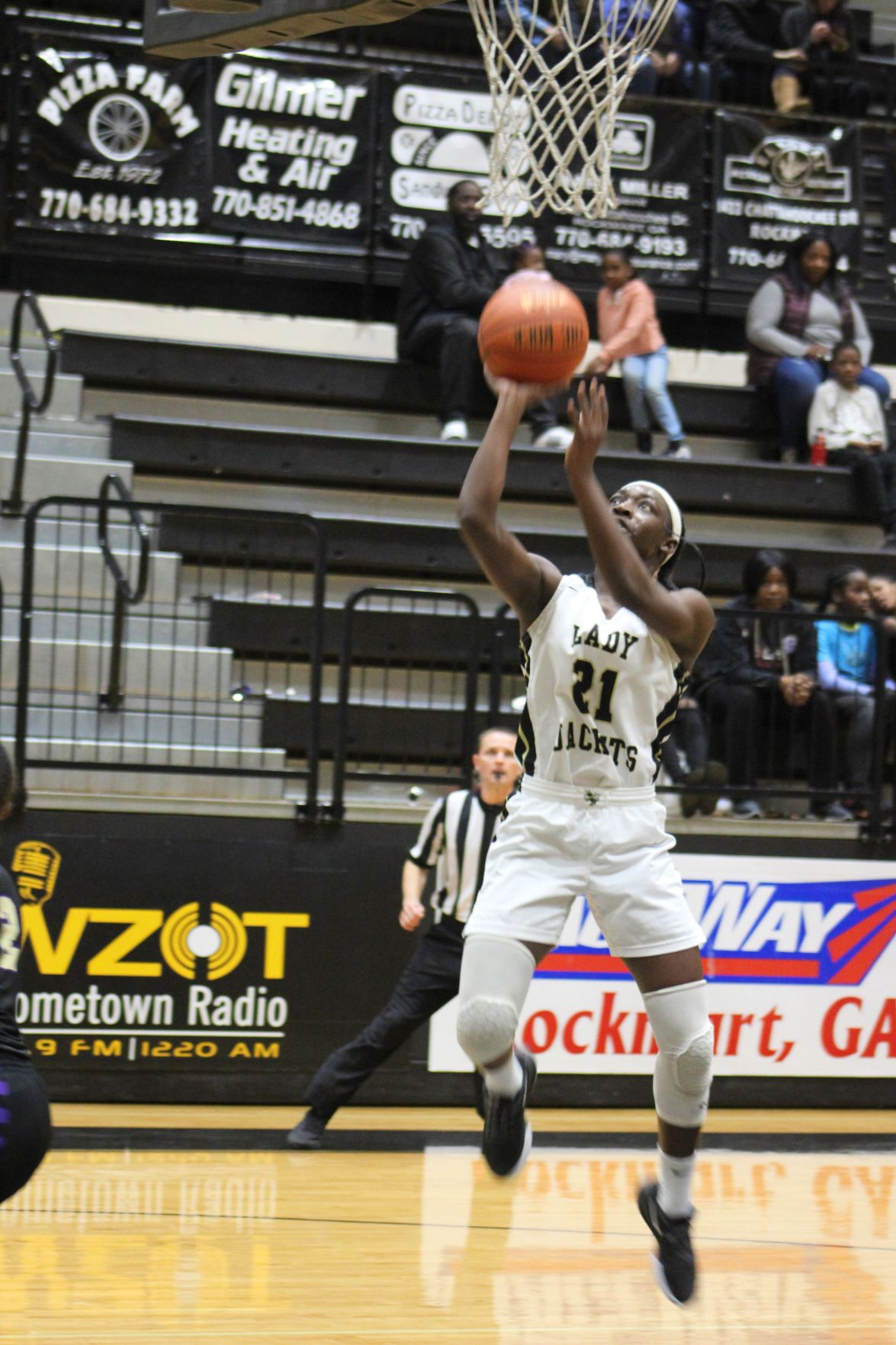 Keyarah Berry put up 34 points in the Rockmart Christmas Tournament championship game to help the Lady Jackets storm back for a 44-41 win. 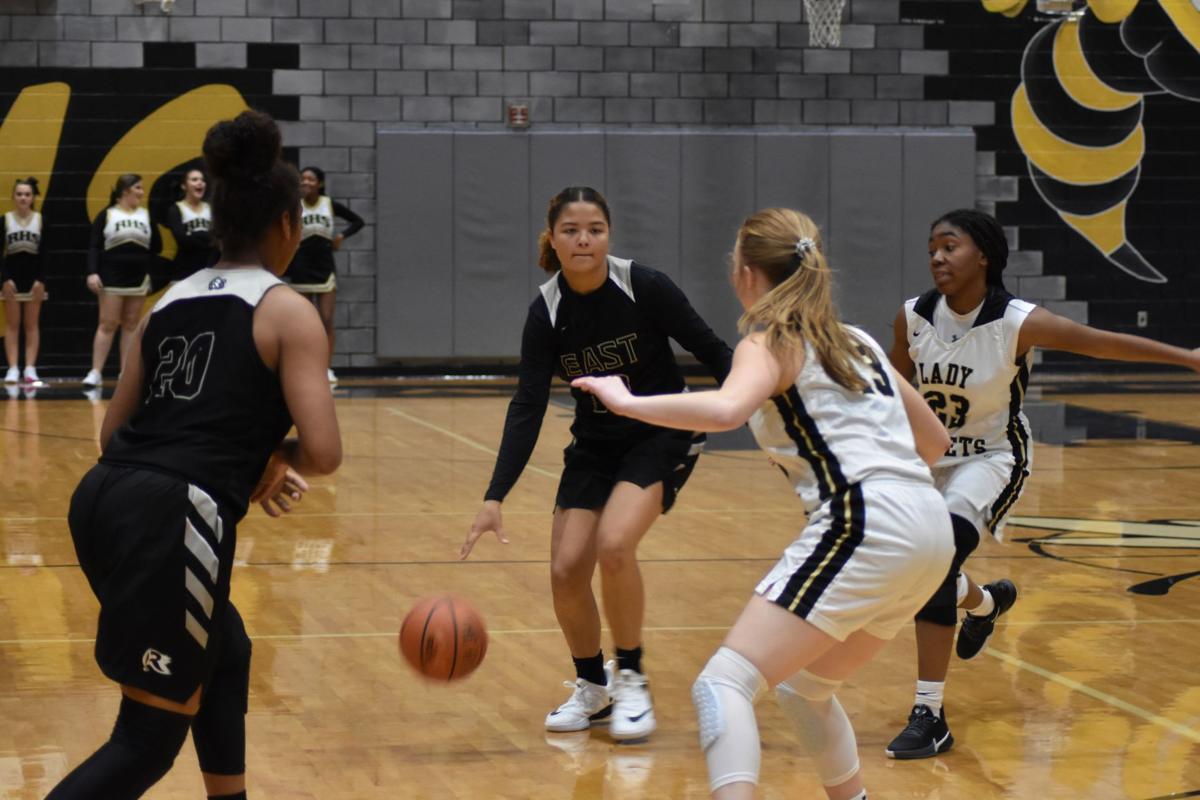 The Rockmart Lady Jackets defense kept East Paulding from the lead throughout their first round win over on Thursday, Dec. 19.

Keyarah Berry put up 34 points in the Rockmart Christmas Tournament championship game to help the Lady Jackets storm back for a 44-41 win.

The Rockmart Lady Jackets defense kept East Paulding from the lead throughout their first round win over on Thursday, Dec. 19.

The game looked out of reach for the Rockmart Lady Jackets as they went into halftime against the Hiram Lady Hornets in the championships of the Rockmart Christmas Tournament on Saturday evening.

Going into the locker room down and having gone the whole of the first quarter without scoring, the Lady Jackets looked like they were running out of gas.

Then Keyarah Berry put up 13-point run in the third quarter and she and the team were inspired to outrun the Lady Hornets in the second half with a 29-point turnaround for a 44-41 championship win to wrap up Rockmart’s three-day tournament.

In all, Berry put up 34 on the night for the Lady Jackets. Megan Little, Emma Evans and Brandi Jones added single digits to the scoreboard on the night.

Rockmart’s win capped a three-day tournament where they put up a double-digit win over East Paulding on Thursday 60-46, then a 65-54 win over North Paulding to get in the championship game against Hiram.

After the victory over North Paulding on Dec. 20 to get into the home tournament championship game, head coach Andre Clark was happy with his team’s performance through the year so far.

“Everything we’ve been working on is starting to come together,” Clark said.

The 8-4 Lady Jackets (3-1 7-AA) get a much-needed break for the holidays and won’t be back on the court until after Christmas.

As they head into the break, Rockmart sat in the mix at the top of the region rankings behind Gordon Central, Chattooga and Dade County who all have similar records as the second half of the season approaches.

Rockmart is road at Villa Rica on Dec. 30 before the New Year, and return to region play at home hosting Armuchee on Jan. 3, and travel to Trenton to face Dade County on Jan. 4.