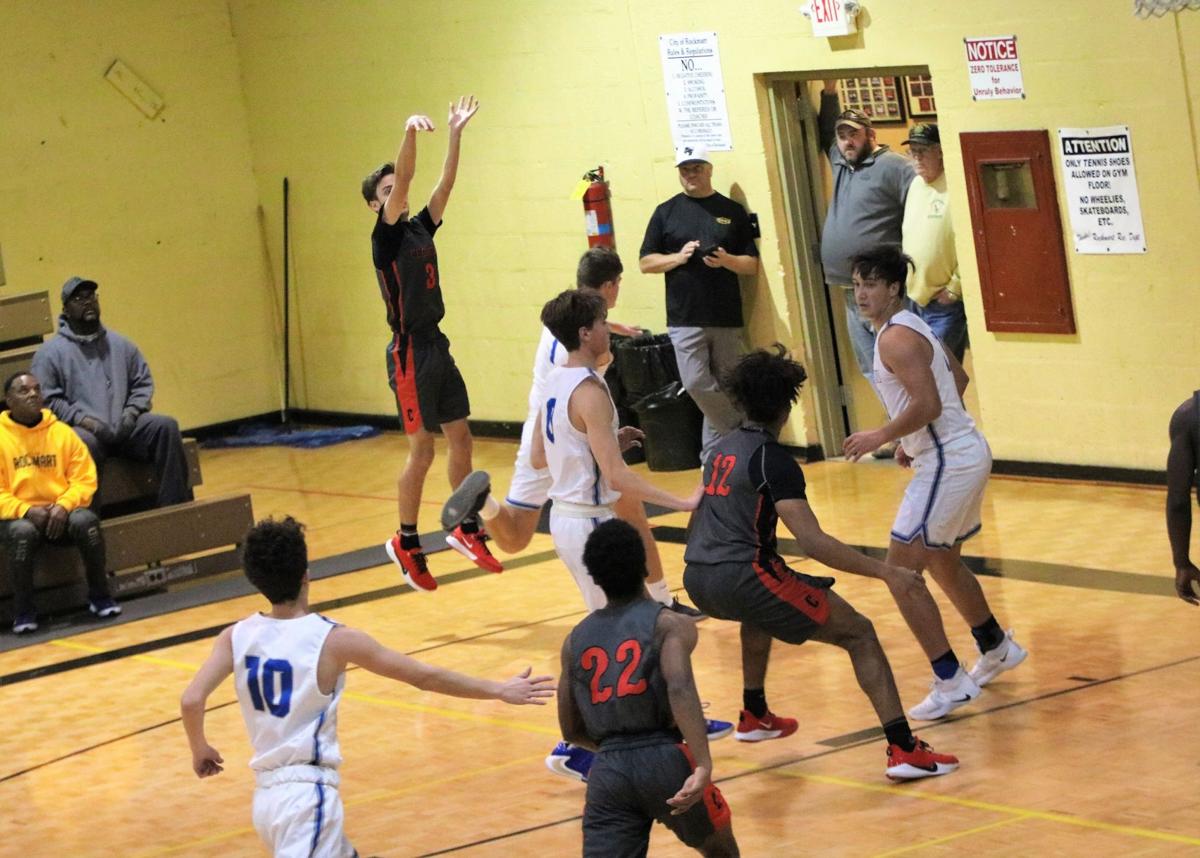 Cedartown shooters were hot in a blowout victory over Bremen in the Rockmart Christmas Tournament on Friday. 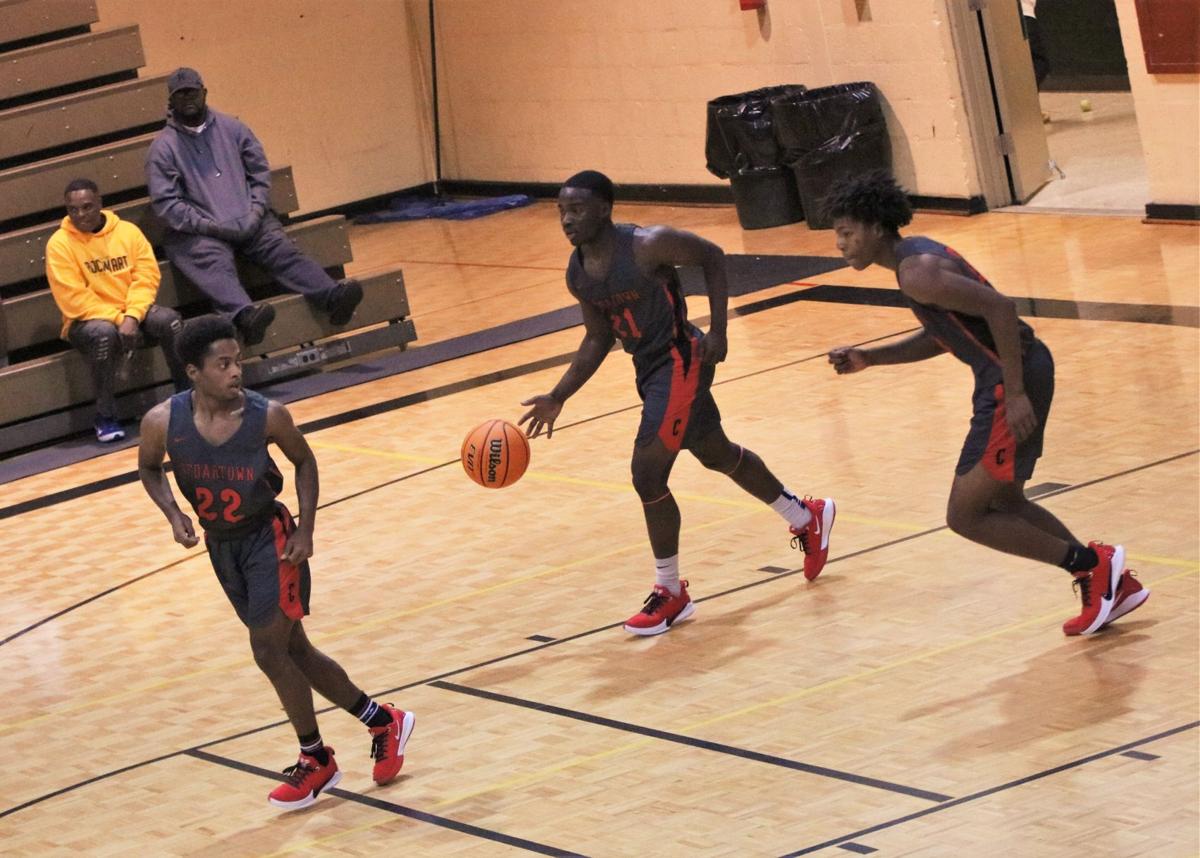 The Cedartown boys dominated Bremen in a blowout victory in the Rockmart Christmas Tournament.

Cedartown shooters were hot in a blowout victory over Bremen in the Rockmart Christmas Tournament on Friday.

The Cedartown boys dominated Bremen in a blowout victory in the Rockmart Christmas Tournament.

“Domination” is an understatement.

Coach Benjie Frazier must have had a great pre-game speech ready for his team in Friday’s Rockmart Christmas Tournament matchup. His Cedartown Bulldogs blasted past Bremen 56-15 en route to clinching a spot in today’s Consolation Championship Game (5th Place Game).

From the very get-go Bremen had no plan in place to slow down the Cedartown attack. The Bulldogs were flying up and down the court from the tip-off and took a 19-3 lead into the second period.

It did not get any easier for the Blue Devils in the second. Cedartown’s shut-down defense allowed only one basket in the entire period while their offense continued to pour it on- even with reserves playing for most of the second. At halftime, the Bulldogs led 42-5 over Bremen- one of the most lopsided halftime scores in recent memory for Cedartown.

Most of Cedartown’s starters were benched for obvious reasons midway through the third period. This allowed more chances for Bremen’s offense to score, but points still did not come easy for the Blue Devils. CHS outscored them 12-8 in the third period to hold a commanding 54-13 advantage going into the final interval.

The mercy rule was in effect in the fourth period, shortening the game clock to six minutes rather than the usual eight. It would not matter. Both offenses struggled over those final six minutes with each squad recording only one basket in that time frame. When the game had mercifully ended, Cedartown reigned supreme with a 56-15 win.

According to MaxPreps, the 41-point victory for Cedartown is their largest margin of victory since December 16, 2016; on that day, Coach Benjie Frazier’s Bulldogs won at Haralson County 62-20.

Despite it being a massive blowout, Cedartown’s scoring was evenly spread out. All but three players on the roster tallied points on the stat-sheet, but even they recorded rebounds, assists, and steals. The leading scorer for Cedartown was MJ Holiday with 10 points. Jordan Johnson added 8 points while Jeremiah Johnson scored 7 points. Ethan Summerville, Billy Darden, and DJ Frazier recorded 6 points each. Michael Walker tallied 4 points whereas Deandre Stephenson, Jayden Johnson, and Kingston Tolbert finished with 2.

The leading scorer for Bremen (1-10) was Chase Ellis, as he scored 5 points in the fourth period alone. Griffin Cook and Baylee Bush added 3 points each while Harley Davis and Austin Faulkner finished with 2.