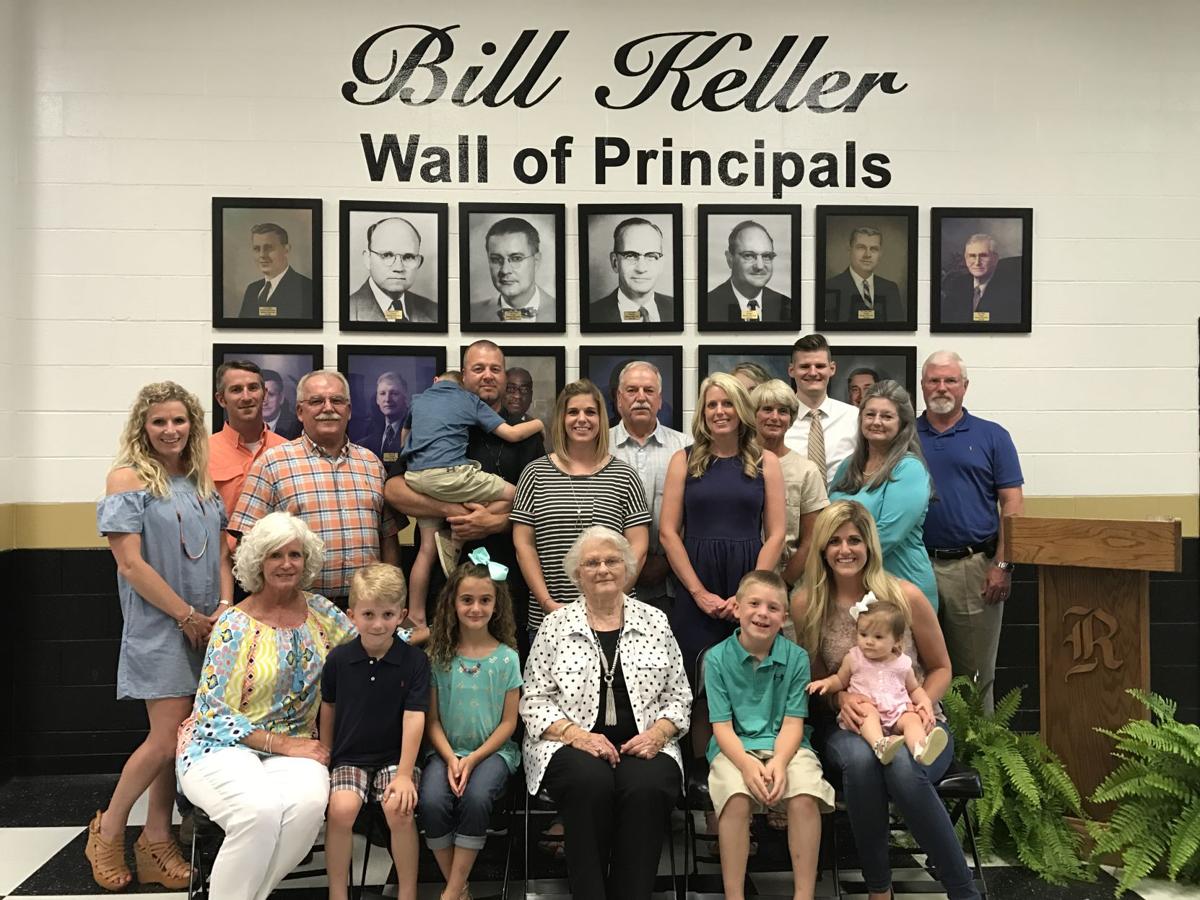 The Keller Family and friends posed for a photo in front of the newly revealed Bill Keller Wall of Principals during a ceremony on May 18. 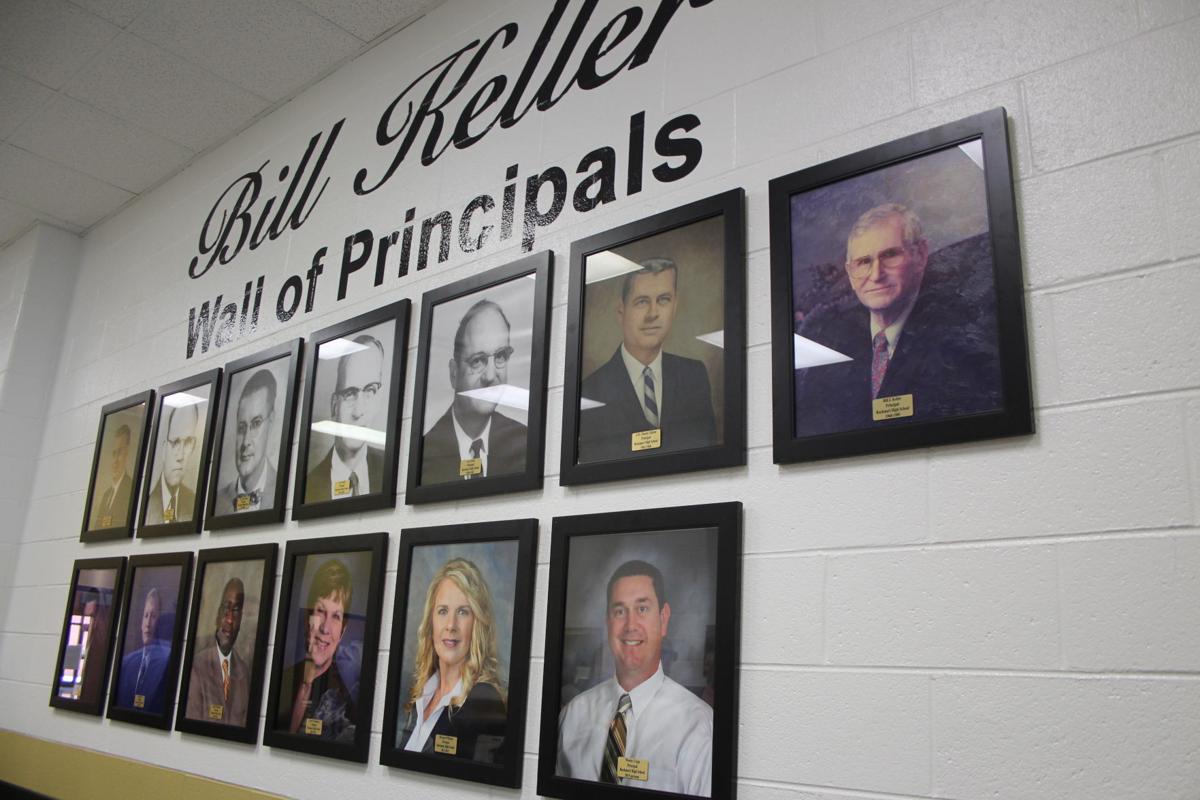 Principal Wesley Cupp unveiled the Bill Keller Wall of Principals in Rockmart on Thursday, May 18 in a ceremony held honoring Keller and his family and their impact on the school.

The Keller Family and friends posed for a photo in front of the newly revealed Bill Keller Wall of Principals during a ceremony on May 18.

Principal Wesley Cupp unveiled the Bill Keller Wall of Principals in Rockmart on Thursday, May 18 in a ceremony held honoring Keller and his family and their impact on the school.

It was a special day for Rockmart High School, who took time out to honor one of their own whose long service to the community will be remembered for as long as the school stands in the front hallway.

The Bill Keller Wall of Principal’s was not something that he would have done himself, said his wife, Ann, who along with his family were in attendance for a May 18 ceremony where Principal Wesley Cupp unveiled the memorial.

“We’re real thrilled. He would have been honored and amazed by this,” she said. “I was especially glad to see so many people come out and show their support of Bill (Keller) and talk about how much they loved him.”

Keller, a longtime principal at Rockmart High School and also a basketball and football coach, is remembered by the community as a leader, teacher and most importantly a role model for the spirit of giving back.

“We wanted to do something really special for him,” said Cupp prior to Thursday’s ceremony. “He’s still a pillar of the community, from his time as a coach and a principal, he’s touched so many lives... We wanted to recognize him for the great things he’s done and show appreciation for the trail he’s blazed for us in the past.”

Keller’s family and friends shared memories of the former Rockmart High School administrator and coach who they said not only touched the lives of those he worked with and students in his classrooms and office over the years, but the community as a whole through the generations.

But at home, Ann said her husband didn’t always have the gruff exterior many remember and admire.

“He was a real sweet guy, and a funny guy,” she said. “He always loved Rockmart High School. He was their biggest supporter in everything, athletics, band and everything.”

Cupp said that it took a team of people to make the wall happen, which included donations from local businesses and volunteer painting work from art students at the school.

Keller said she knew her husband would have appreciated the gesture.

“He would have been really thrilled and surprised,” she said.

Keller grew up in Texas but ended up in Polk County following his education at Auburn University. That’s where he met his wife Ann, where she was a majorette with the Tiger’s marching band.

Later Keller ended up in Polk County at Cedartown High School working with Howard “Doc” Ayers before ending up at Rockmart High School first as a teacher and basketball coach, but later as head football coach and finally principal in the late 1960s.

He served in the role for just over two decades and worked with teachers who still remember him fondly in classrooms at the school today, which moved out to its current location in the late 1980s.

Keller also left his own mark at the school, instrumental in ensuring that a faculty and student memorial at the old Rockmart High School that is now city’s municipal complex was moved to the current school as a reminder of the school’s past.

Where does Astros cheating rank in scandals? Ask Pete Rose

Harmony Leland, Brown elementary campuses to be used for preschool