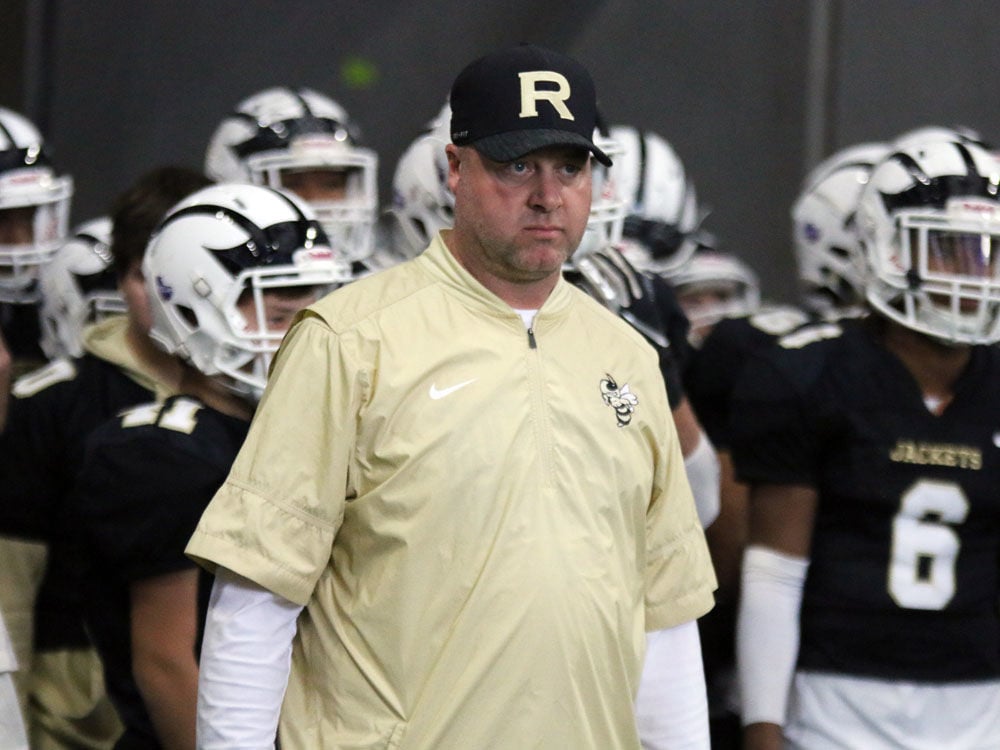 Rockmart head coach Biff Parson stands with his team in the tunnel before going out onto the field for the GHSA Class AA state football championship game Wednesday, Dec. 12, 2018, at Mercedes-Benz Stadium in Atlanta. 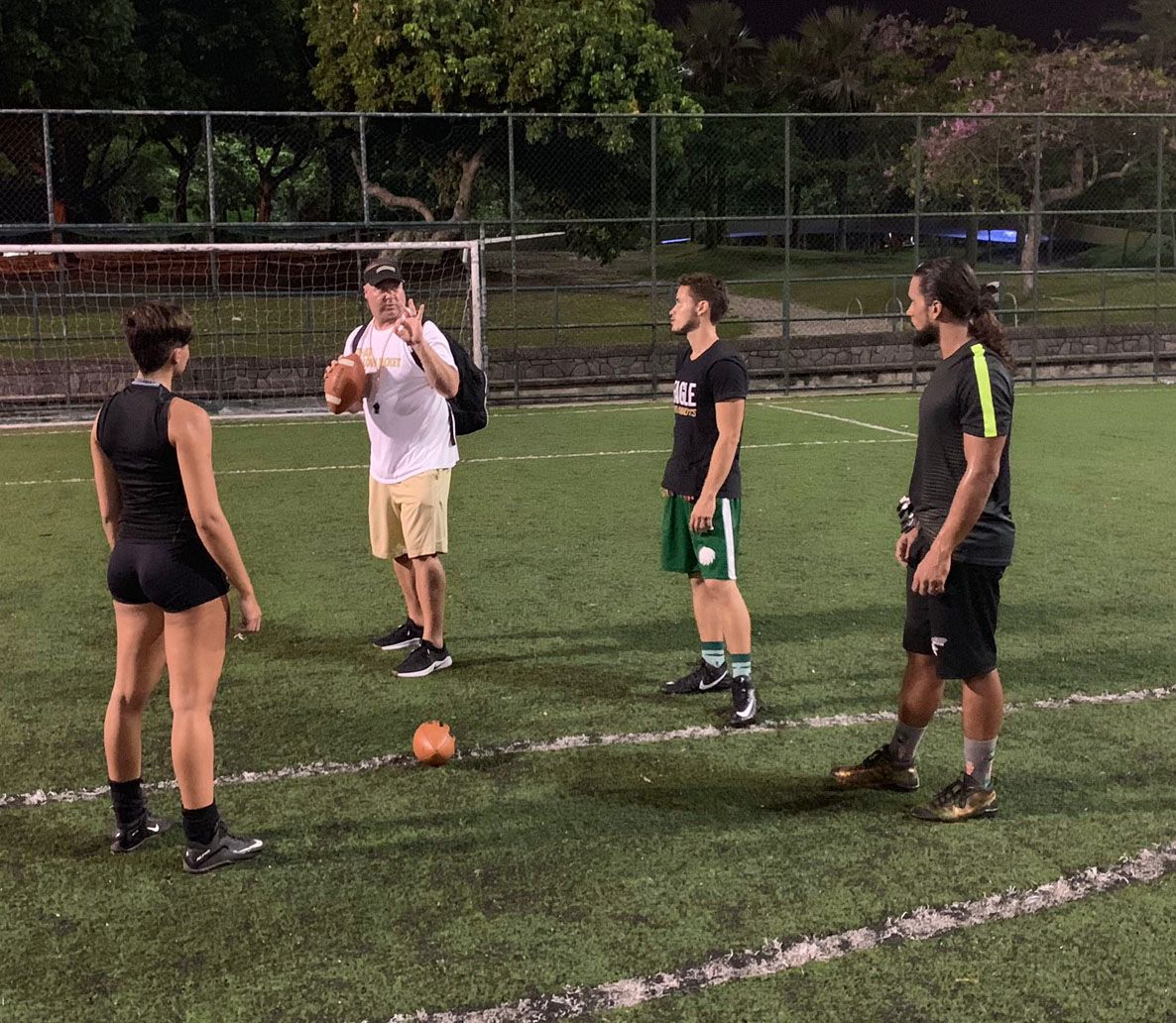 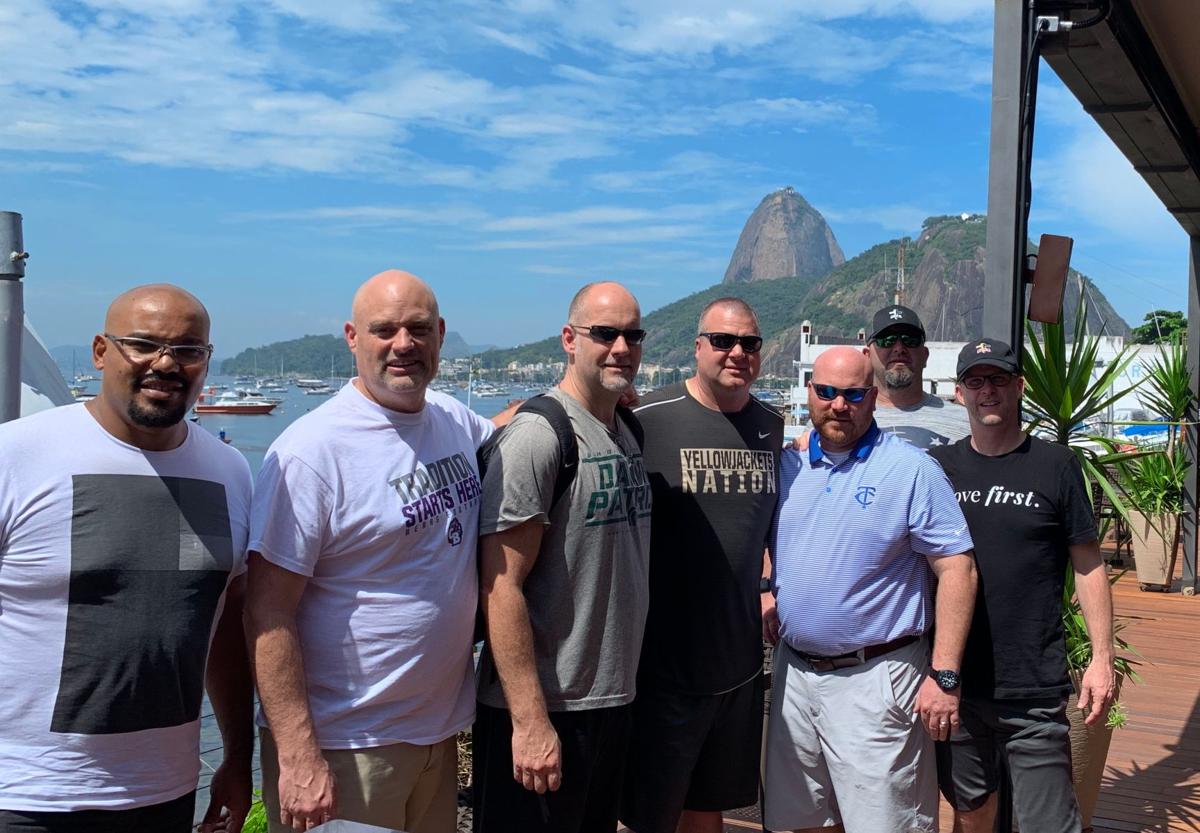 Rockmart head coach Biff Parson (right center) was joined by other coaches on a Fellowship of Christian Athletes trip to Brazil for camps.

Rockmart head coach Biff Parson stands with his team in the tunnel before going out onto the field for the GHSA Class AA state football championship game Wednesday, Dec. 12, 2018, at Mercedes-Benz Stadium in Atlanta.

Rockmart head coach Biff Parson (right center) was joined by other coaches on a Fellowship of Christian Athletes trip to Brazil for camps.

What’s it like to be a head coach of a football team that keeps growing in success? For Biff Parson, he’s in a great position overall.

Parson is experiencing a career renaissance with the Rockmart Yellow Jackets, going 32-7 in his past three seasons with two region championships under his belt, three trips to the playoffs and last year a trip to the state title game.

He didn’t get to hold up the championship trophy like he wanted, but that’s a goal he still has plenty of time to achieve. Right now, his focus is all on how to make the Jackets the best team they can be in 2019.

A role he’s happy to take on.

Even with all that the head ball coach has gotten to do over the past year, he remains humble and his focus clear: it’s not about him. It’s all about the coaching staff that makes it possible for the Jacket Nation to celebrate.

“It’s about having a staff that has been with me for four years,” Parson said. “When you look at the college level and NFL level and you get stability in a staff and you don’t have to reteach those guys, and they continue the vision that you brought in, that helps.”

He also credits the positive role that administrators and support from the Board of Education and Central Office in being able to make changes and upgrades that have helped the program become successful during his tenure.

“They help us push the program forward at every level,” Parson said. “Whether it’s in the classroom or the weight room and on the field. They have tremendous in support.”

Most of all though, Parson credits the community for their support over the past years.

“They are excited for the team and the coming season,” he said.

Just as much as the success over the past year made a mark on him, the head coach also learned a valuable lesson in a opportunity he took after the season was over and ahead of spring practice.

Back in March, Parson took part in a Fellowship of Christian Athletes trip to Brazil, where he got to not only teach the game of football to eager players, but also experience a moment that helped strengthen his personal faith.

One of the FCA organizers heading up the camp Clint Fair brought the coaches to the service, and with the help of a translator were able to participate in a multi-lingual exchange of faith.

“When we got there, they were singing and having the praise band play, and then Clint got up and preached the word and gave his testimony and had an altar call,” Parson said in an interview back in March. “There were about 50 young kids from Brazil that accepted Christ that night.”

Parson said he sat in the worship service and felt the emotion wash over him in that moment, watching so many head up to the front of the church and take part in the altar call. But it also reminded him of something else that was just as important.

“We worship a god that doesn’t care about race, or language barriers or what part of the world you come from,” Parson said. “He’s evident. He’s everywhere. It was moving and touching experience.”

This for Parson was the whole point of the trip. Football was a way to get youth and young adults alike to participate, but the real reason for going thousands of miles from home was the shared love of Christ.

“It’s one of those experiences that you’ll never forget,” he said.

Of course, they weren’t lacking for time on the gridiron either. Parson along with other coaches from the United States conducted a camp with those who make up the future of American-style football in Brazil. It’s still a burgeoning sport in a place where football is in the United States is known as soccer.

Though new, Parson and the other coaches on the trip weren’t lacking for players who were eager and hardworking.

“They were hungry to learn the sport in Brazil, it’s very new there,” Parson said. “They felt like we were NFL coaches sharing some small fundamentals of the game.”

Though with his previous experience in the European NFL league, he can say that statement with a bit of fact behind it.

Parson said despite language barriers it was easy for coaches to give pointers on fundamentals for participants and said with the chance to also share lessons from the gospels after camps were over, the whole of the experience was humbling and worthwhile. An experience he said was rare for high school coaches, but one he hopes he gets to do again.

Back here in Polk County months later, Parson is still hungry to help the youth on his team learn. He wants everyone to continue to improve and get better.

Most of all, he wants another shot at the title and a trip to the Benz. He’ll need every helping hand possible to get there.