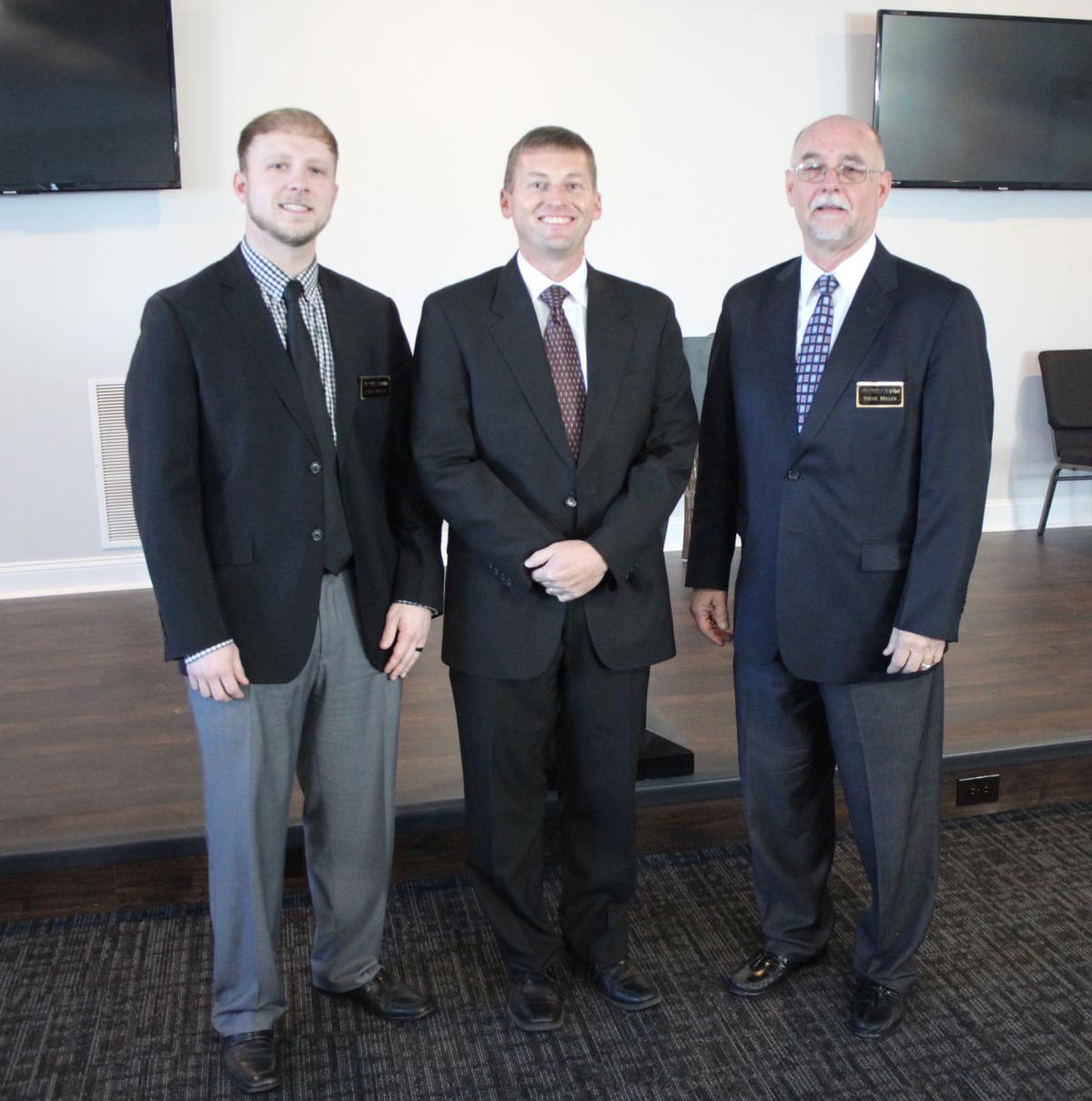 Chris Miller, Norman Smith and Steve Miller gathered for a photo in the chapel of the new Smith and Miller Funeral Home in Cedartown, located on North Main Street in the newly renovated State Patrol barracks. (Kevin Myrick/SJ) 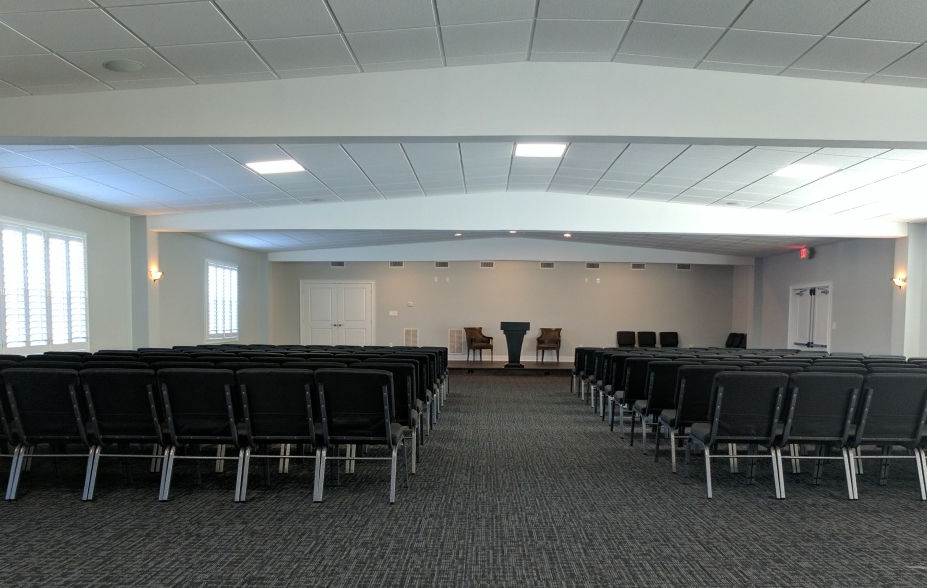 The chapel of the Smith and Miller Funeral Home in Cedartown can seat 150 people. (Kevin Myrick/SJ)

Chris Miller, Norman Smith and Steve Miller gathered for a photo in the chapel of the new Smith and Miller Funeral Home in Cedartown, located on North Main Street in the newly renovated State Patrol barracks. (Kevin Myrick/SJ)

The chapel of the Smith and Miller Funeral Home in Cedartown can seat 150 people. (Kevin Myrick/SJ)

On the north end of Main Street across the street from the Best Western, a project that has been ongoing since Spring of 2016 is now ready for the public to use.

Smith and Miller Funeral Home, located at 1000 N. Main St. in Cedartown, opened its doors officially during the month of December, bridging a business across Polk County.

The partnership between Norman Smith and the Miller Funeral Home in Rockmart started more than two years ago, when Smith approached owner Steve Miller about becoming partners and opening a new location.

“We sat down two years ago, and he was looking at a career change,” said Miller. “As we were talking about how we might expand, and forming a partnership... together we’d float between Rockmart and Cedartown and serve all of Polk County.”

Smith, a native of Cedartown who wanted to grow in the funeral business, said that he wanted to come back to his hometown and serve those he had known all his life.

“I’m glad to be able to come back to my home community,” Smith said. “We’re excited and nervous. We’ve all done a lot of praying about it, and now it’s coming to life for us.”

So the pair invested in what they hoped was a wise location at the corner of John Hand Drive and North Main Street, the home of the former State Patrol barracks in Cedartown.

They spent from April through late November 2016 getting the building ready to serve the community, complete with planning rooms, visitation rooms and a chapel that can seat 150 people at a time.

Contemporary innovations in the funeral industry, including six flatscreen televisions on the wall around the facility to show off photo slideshows of a loved one, and open design have changed what was once office and sleeping spaces for state patrolmen into a completely different space.

“This building is known as the State Patrol building, and we think once people come and see what we’ve done I think they’ll be impressed,” Smith said.

Having seen changes in the funeral industry - with a downscaling of services and visitation hours being moved to coincide with busier schedules - Miller said they have also taken those concerns into consideration with the building, allowing for similar sized spaces divided to allow for visitation hours to happen concurrently, and also in keeping the movement of remains from one area to another to a minimum.

Miller added they couldn’t have picked a better location for those who are seeking to come to Cedartown for funeral services, since hotel accommodations that have also been recently renovated sit right across the street at Best Western.

Smith and Miller enters a market that includes three other funeral homes in town, including Gammage and Litesey Funeral homes which have served the community for decades.

Miller, who entered the Rockmart funeral market more than three decades ago, said he understands well the challenges the business faces but has enough previous experience in opening a new location in a competitive market to make the risk worth the reward.

“We feel like there’s an opportunity here in Cedartown,” he said. “And we want to be that opportunity, that new option for people to go to when they need our services.”

Smith and Miller Funeral Home held their first services following the Thanksgiving holiday, and are ready to take on future services for those who are in need of funeral planning.

No charges for driver accused of fatally hitting 6-year-old

Georgia man set to be executed for killings of 2 people