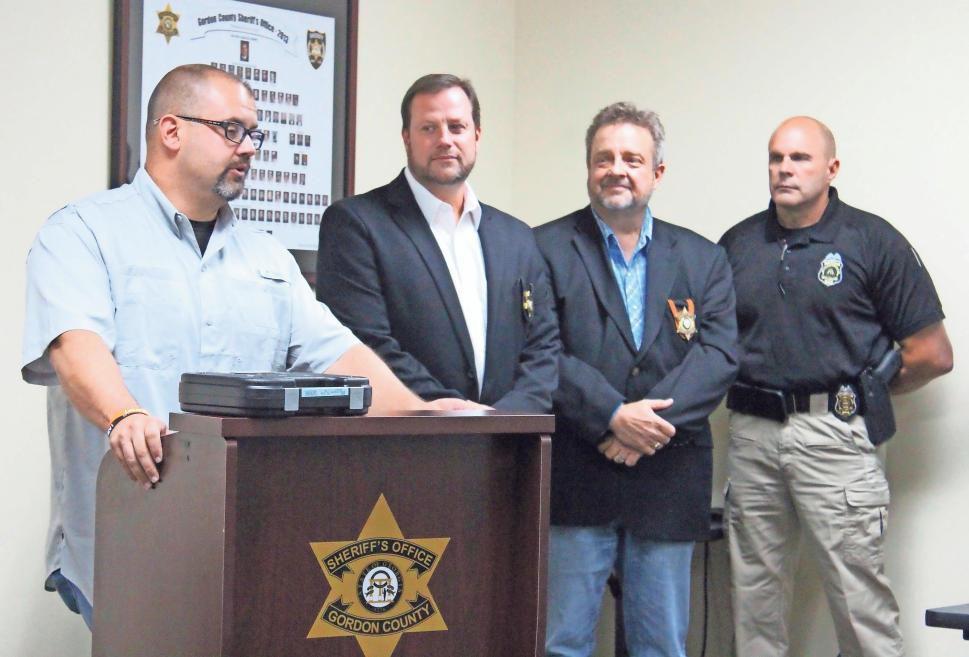 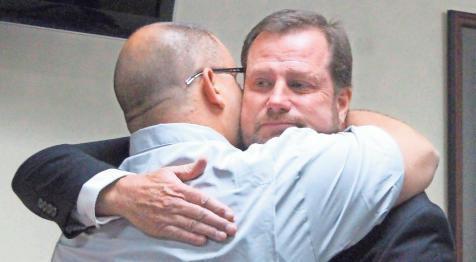 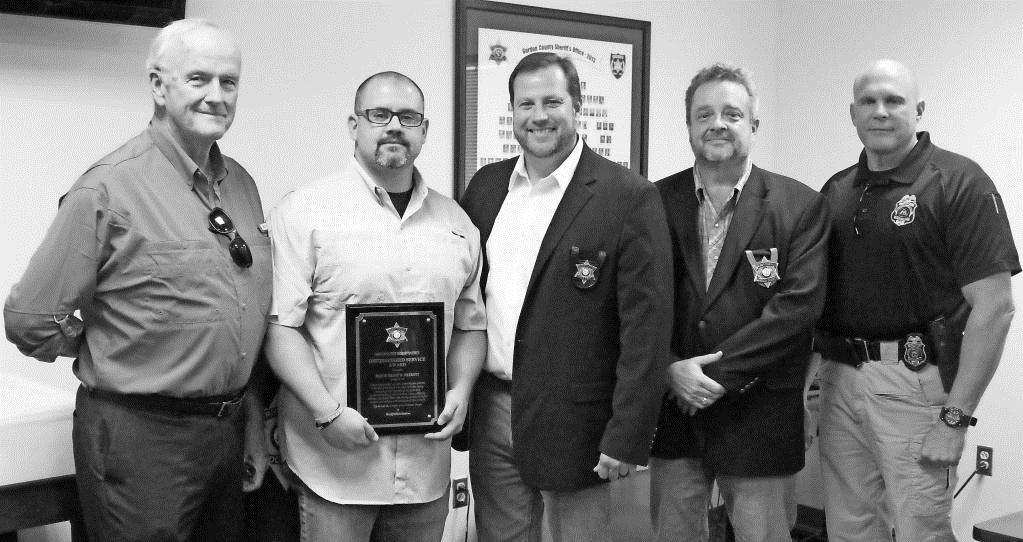 "You are the epitome of what public service is all about," Capt. Mike Garigan told Parrott.

Parrott retired from law enforcement after 22 years of service this week to follow a new path as pastor of Heritage Baptist Church.

During his time with the sheriff's office, Parrott moved from patrol duties to service as a detective, worked on the county-wide Drug Task Force and Special Response Team, had command of the Major Crimes Unit and command of the Patrol Division, and rose to the rank of major.

Chief Deputy Robert Paris said Thursday that he believed Parrott was likely the most decorated officer the sheriff's office has ever had.

"I've been a peace officer for 40 years, and I've never worked with a better officer or a better man," said Paris. "I'll tell you this about Shane: He'll never let you down."

Sheriff Mitch Ralston also spoke during the reception, saying the office and the community are better places for having had Parrott's services. He lauded Parrott's love of Calhoun, Gordon County and his fellow man and said his dedication to service and sacrifice is second to none.

"I'll tell you this. The crime rate will go down when this man starts preaching," said Ralston. "He told me recently, 'for the last 11 years, I've spent more time with you than I have with my family.' That's what you call sacrifice."

Ralston, who described Parrott as a "doer" who "always puts service before self," presented the retiring officer with a Distinguished Service Award, an official honorable discharge from duty, and his service weapon, which was engraved to mark the occasion.

Calhoun Police Chief Tony Pyle also spoke during the event, saying he's known Parrott for 20 years and that he's always been able to count on him.

"I've always known if I need anything and I couldn't get a hold of the sheriff, I could call Shane Parrott and it would happen," said Pyle.

For his part, Parrott said he never expected to leave law enforcement, even adding that he always thought he would die at his desk in front of a computer, but God had another plan.

Getting choked up at times, Parrott said he's always loved the work and has always had great relationships with his law enforcement family, but that God called him to a different kind of service.

He thanked everyone for taking the time to recognize his career and asked them to stay strong in their faith and to turn to God.

Heritage Baptist Church is located at 345 Curtis Parkway in Calhoun. Parrott has been filling in as pastor, but Sunday will be his first official day in the role.