Georgia Power’s Plant Hammond made Georgia Water Coalition’s Dirty Dozen list once again. The location and storage of massive amounts of coal-ash near the Coosa River was named on the list as one of the state’s top 12 environmental issues.

The advocacy group stated the current measures — including excavation and relocation of three of four reservoirs containing toxic coal ash — isn’t enough. The study found that there were unsafe levels of coal ash contaminants in 10 of 35 groundwater testing wells, leading to the decision to put the plant on the list.

A fourth ash reservoir located directly adjacent to the Coosa River will be closed along with the rest of Georgia Power’s ash ponds.

The company does not plan to excavate and relocate the material.

“One million cubic yards of coal ash is being left in an unlined pit with the ash coming into frequent contact with groundwater,” said Jesse Demonbreun-Chapman, executive director and riverkeeper of the Coosa River Basin Initiative. “Leaving them in place risks catastrophic releases of coal ash to our rivers.”

Georgia Power said in a statement that, based on extensive data collected by the company, no risk to public health or drinking water has been identified.

“As we close all 29 of our ash ponds (statewide), we are completely excavating 19 and closing the remaining 10 in place using proven engineering methods specifically designed to be protective of groundwater and the environment,” said Georgia Power spokeswoman Holly Crawford.

The report states Plant Hammond’s fourth coal ash pond has not been tested for groundwater contamination even though it is 44 feet deep and is in contact with groundwater.

“Rather than excavating this pond — as they are doing with others on site — the company plans to leave the coal ash capped in place,” the report states.

Georgia Power maintains the closing method poses no risk to nearby waterways or groundwater.

“We stand by the data delivered from our approximately 500 groundwater monitoring wells installed around our ash ponds and on-site landfills to actively monitor groundwater quality,” said Crawford.

This is not the first time environmentalists have butted heads with Georgia Power, even though Plant Hammond is now closed.

In 2018, the Environmental Integrity Project and Earthjustice released a report claiming that the groundwater had arsenic levels that are 40 times the federal standard and 10 times the safe level of molybdenum levels.

Plant Hammond was on the coalition’s list in 2017 for indefinitely delaying plans to provide relief to the Coosa River. The plan was supposed to involve cleaning the river of toxic metals that were a result of the coal ash according to the water coalition.

The Georgia Water Coalition is a consortium of more than 250 conservation and environmental organizations, hunting and fishing groups, businesses, and faith-based organizations.

The annual Dirty Dozen report serves as a call to action for the state’s leaders and its citizens to fix these threats to Georgia’s water. 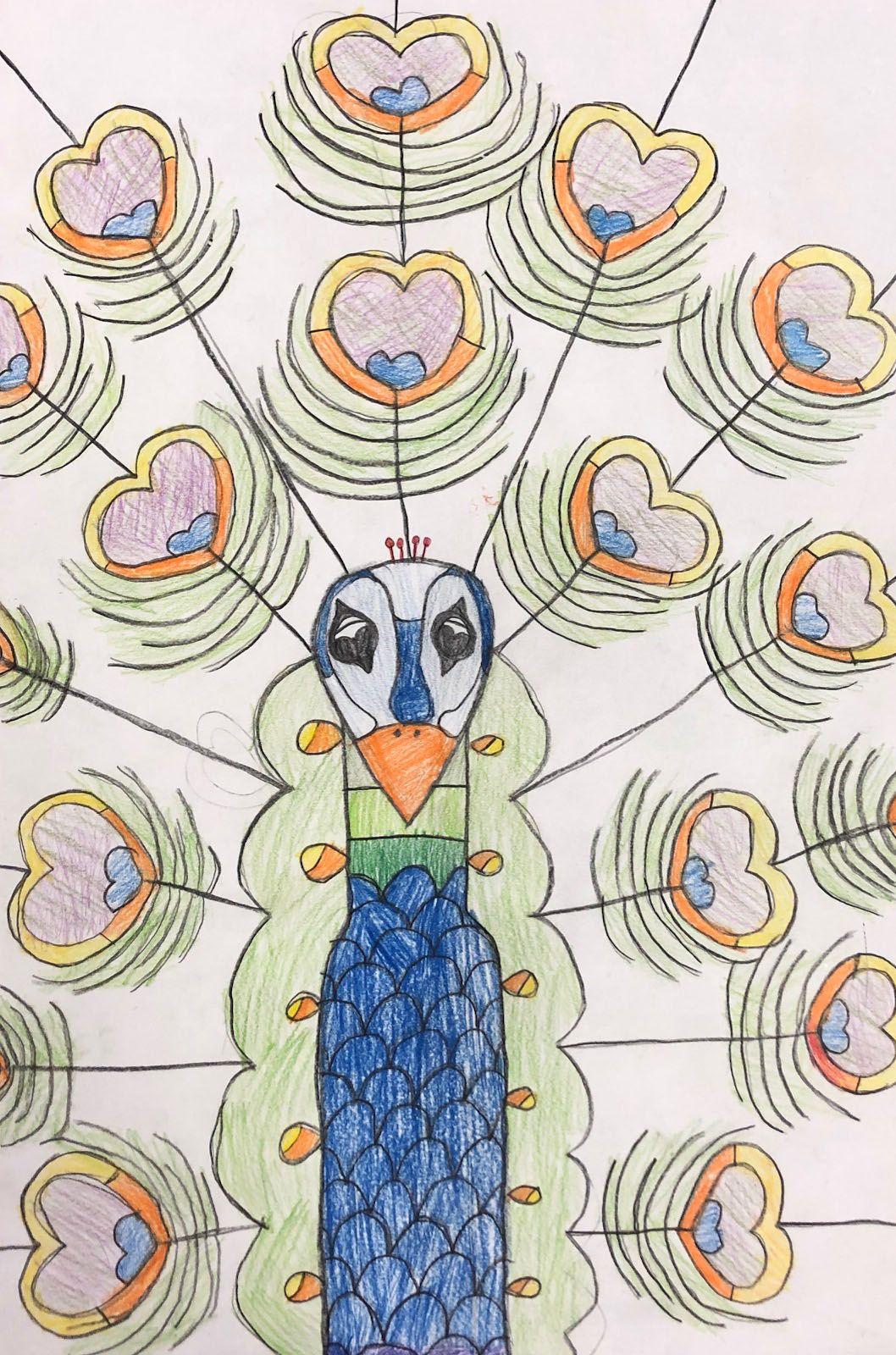 A special University of Georgia station wagon is equipped with a “sound generating machine” to study how various frequencies affect deer behavior. The joint study with Berry College found that devices such as deer whistles do not deter the animals from roadways.

One of several recent graphics provided for deer-vehicle collision reports by the Floyd County Police Department.This one occurred Wednesday at about midnight on GA 1 Loop. The driver reported she tried to miss the deer, but was not successful. There was damage to the front end of the vehicle, but no one was injured.

This computer-generated deer-vehicle collision illustration by the Floyd County Police Department was one of numerous reports over the past few weeks. This accident occurred Oct. 20 at about 9:30 p.m. on Ga. 100 as the vehicle was passing Morton Bend Road. The vehicle sustained disabling damage, but the 17-year-old driver was not injured.

Lori Newman still vividly remembers the “thump-da-dump-da-dump” coming from under her Trans Am as the deer was dragged down the road from underneath her car several years ago now.

“He was coming up an embankment and he tripped and fell,” recalled Newman, a receiver and manager at the Tractor Supply Co. in Rome. “He was an 8 or 10-pointer — a big one. I freaked out and kept going. He was stuck under the car. I heard that sound and it tore me up, but if it hadn’t fallen, it could have hurt me bad or killed me because it would have come right through my windshield.”

Such scenes are more and more common this time of year as the white-tailed female deer cycle through their most fertile period and are pursued by bucks, according to Berry College Animal Science Professor George Gallagher on Thursday.

“The increase in deer activity on the roadways is directly related to reproduction,” said Gallagher, who has studied deer behavior extensively over the years.

“They are peaking right now,” he said. “They’re running and bucks are chasing them and this includes traversing the roads. The bucks are kind of halfway glazed over, too, and not always aware of the environment around them. They’re well-focused on one thing.”

An increase in vehicle-deer collisions can be confirmed through reports generated by the Floyd County Police Department over just the last several days. Between Nov. 10 and 13, there were at least five wrecks involving deer, although none of them resulted in serious injuries to those in the vehicles.

In all of the cases, drivers told police they either didn’t see the deer at all before hitting it, or they swerved to try to avoid it.

Rickey Boatner, Rome area manager at the Georgia Department of Transportation, said Thursday it’s the groupings of the deer you have to be wary of.

He knows this first-hand.

“A couple of years ago I was coming down 101 and I was watching the deer that was standing in the middle of the road,” Boatner said. “After it went on across I let my guard down, only to hit one of the three that were standing on the side of the road that I hadn’t seen. Seems like there’s always two or three in a group, so you’d better slow down if you see one.”

Slowing down and staying alert is key, Gallagher said. He added he’s been hit twice by deer when they ran into the side of his vehicles.

Gallagher said that white-tailed deer do not follow migratory patterns like some other hoofed animals and therefore it is difficult to predict where they are headed.

When it comes to trying to prevent deer from stepping onto the roads, Gallagher, Boatner and a couple of sporting goods store employees all agree deer whistles affixed to vehicles do nothing to deter deer.

Gallagher even headed up a joint study between Berry College and the University of Georgia on the matter that was published in 2009 in the Journal of Wildlife Management. It was called “Deer Response to Sounds From a Vehicle-Mounted Sound-Production System.”

Rigging up a UGA station wagon with a special sound-generating machine with speakers mounted on the front grill, the scientists blasted a variety of frequencies toward deer in the Berry College Wildlife Refuge that were within a certain range.

They concluded the deer were unresponsive to any of the sounds being emitted from the contraption.

“It was a fun experiment, but the deer didn’t really care,” Gallagher noted with a laugh. “People assume deer will automatically hear a noise, understand the noise is a threat and have time to react to it.”

Gallagher said that while honking a horn might help in some cases, deer are just too unpredictable.

“The best course of action is to simply slow down and stay vigilant,” he said. “Deer are a wonderful asset to have and are a beautiful animal, but there are always challenges.”

Casey, who has been at the Public Animal Welfare shelter since September, is now known as a ‘couch potato’ kind of dog after her personality came through on a field trip.

Chachi, who has been at PAWS since Nov. 12, is available for field trips.

Public Animal Welfare Services is trying something new: They’re letting people take one of the puppies in the shelter home for a day to offset the pressure of committing to keeping a dog.

Jeff Mitchell, the director of PAWS said the “field trips” are a mutually beneficial process.

Not only does it allow potential adopters to spend a few hours with the dog before they decide on commitment, but it also helps the shelter as well.

“Most of the animals we get are strays, so we don’t have a lot of insight on them,” said Mitchell.

Usually when people surrender their animals to the shelter, the owner is able to give a rundown of their behavior. With strays that come in from animal control, however, the field trips can serve as an opportunity for the shelter to learn more about the dog’s behavior outside of the shelter.

“When they bring the dog back, we have them fill out a report card on the dog,” he said.

Potential adopters can take the dogs anywhere on the field trip. Mitchell said he likes to hear about how they interacted with other dogs at the dog park, if they’re friendly with other animals like cats, and how they enjoyed the car ride.

One dog, Casey, who has been at PAWS since September, took a field trip and was reported as a “couch potato.”

She’s a bit older, so she likes to lie around.

Before the program, Mitchell said they would lose adoptions due to people adopting the dogs and finding they weren’t compatible in their households.

“Sometimes we’ll lose adoptions because they already have a pet at home, or they have kids at home,” he said. “Sometimes they’re just not the dog they’re looking for.”

So far, he said, the program has seen some success. Even though most field trips don’t end in adoption, there have already been at least two adoptions since the program started two weeks ago.

Anyone who wants to “borrow” a dog has to be over 18 years old and should not be in the system for violations to animals. If you want to adopt the dog, you don’t have to bring it back; simply come back to the shelter before they close and fill out the adoption paperwork. PAWS is located at 99 North Ave.