Bonny Askew, who won one of the three Rome City Commission Ward 3 seats, gets a congratulatory hug from his grandson Gabriel Askew Tuesday night.

Now that the dust has settled with the conclusion of the off-year Rome City election Tuesday, several voting trends can be seen.

In Ward 3, Collins had the strongest return in South Rome with 36.4% of the 357 total votes in that precinct, but the weakest number of votes in Mt. Alto South with 24.8% of the 1,217 votes cast in that precinct.

Precinct by precinct totals were not available on Election Day.

In the Ward 1 race, Stevenson was the only sitting commissioner who retained her seat. Her fellow commissioners Slack and Irmscher were defeated as architect Cochran and retired broadcaster and Goodyear Tire employee Bojo slipped into the other open seats.

The winners will be sworn into office in January for four-year terms. They’ll join the three Ward 2 commissioners, whose terms run through 2021.

Slack, who is concluding his third term, said Wednesday he wanted to congratulate all the winners.

“I’m looking for great things from the newly elected commission,” he said. “I would like to thank the citizens of Rome for allowing me to occupy the seat for the past 12 years.”

Floyd County Chief Elections Clerk Robert Brady said Wednesday that although he wishes voter turnout was higher than the 15.91% of Rome’s 19,231 registered voters, he was pleased with the overall “smoothness” of the election.

“In this election, a little less than one fifth of the voters decided who will lead, make decisions, guide the direction of Rome, etc, at least until 2021,” Brady wrote in an email. “This is not implying good, bad, indifferent, or anything else, just making an observation that might provoke thought in voters in future elections.”

Wyatt Thornton adjusts some of his flags in the showcase at the Rome Area History Museum where his collection is the featured Young Collector exhibit for November.

Some of the larger flags in Wyatt Thornton’s collection are on display at the Rome Area History Museum. A reception for the exhibit and the Young Collector of the month is scheduled for Nov. 14.

Wyatt Thornton makes sure the flag of the state of Texas is hanging straight in his exhibit of domestic and international flags at the Rome Area History Museum. He started collecting flags in 2017 and now has well over 100.

Rome High sophomore Wyatt Thornton has quietly become one of Rome’s leading vexillologists. A leading what? A vexillologist is someone who studies flags.

Some of Thornton’s large collection of flags is now on display in the showcase of the Rome Area History Museum through the month of November. Thornton’s collection is the inaugural show in what museum board vice president Janet Byington called a Young Collector series.

The museum just opened a Collector’s Corner in October to showcase special collections of historical interest to Romans. That exhibit now features a collection of musical albums through the years.

The 16-year-old Thornton has amassed quite a collection of flags in a relatively short period of time.

“I was in Dallas visiting a friend in 2017 and I just happened to stop by a local antique store and they had a flag of Texas. It hit me that was just something I wanted to do,” Thornton said.

Since he started, friends and family frequently bring Wyatt flags from states or other countries they visit.

“I got one from Turkey, so that was pretty cool,” Thornton said.

He said his collection is pretty hard to categorize — a mix of state and international flags. The teenager said he also goes online to order others, and he tries to learn about the origins of each flag.

“Each flag tells a story, something about the values of the country,” Thornton said.

Asked if there is a particular flag that he really wants, Thornton said he likes flags that were actually acquired in a state or country and especially those that have been flown at one time.

“Authentic old stuff. If it’s actually from the place that it represents, that makes it a lot more valuable than if I bought it over the internet,” Thornton said.

Janet Byington, vice president of the board at RAHM, said the museum will hold a reception for Thornton on Nov. 14 at 6 p.m.

“We want him to inspire other people to start collecting,” Byington said. “We’re excited to showcase young collectors and want to encourage more of them to do that.”

Other young collectors who would be willing to exhibit their collections can make an appointment to speak with museum leaders by calling 706-235-8051. 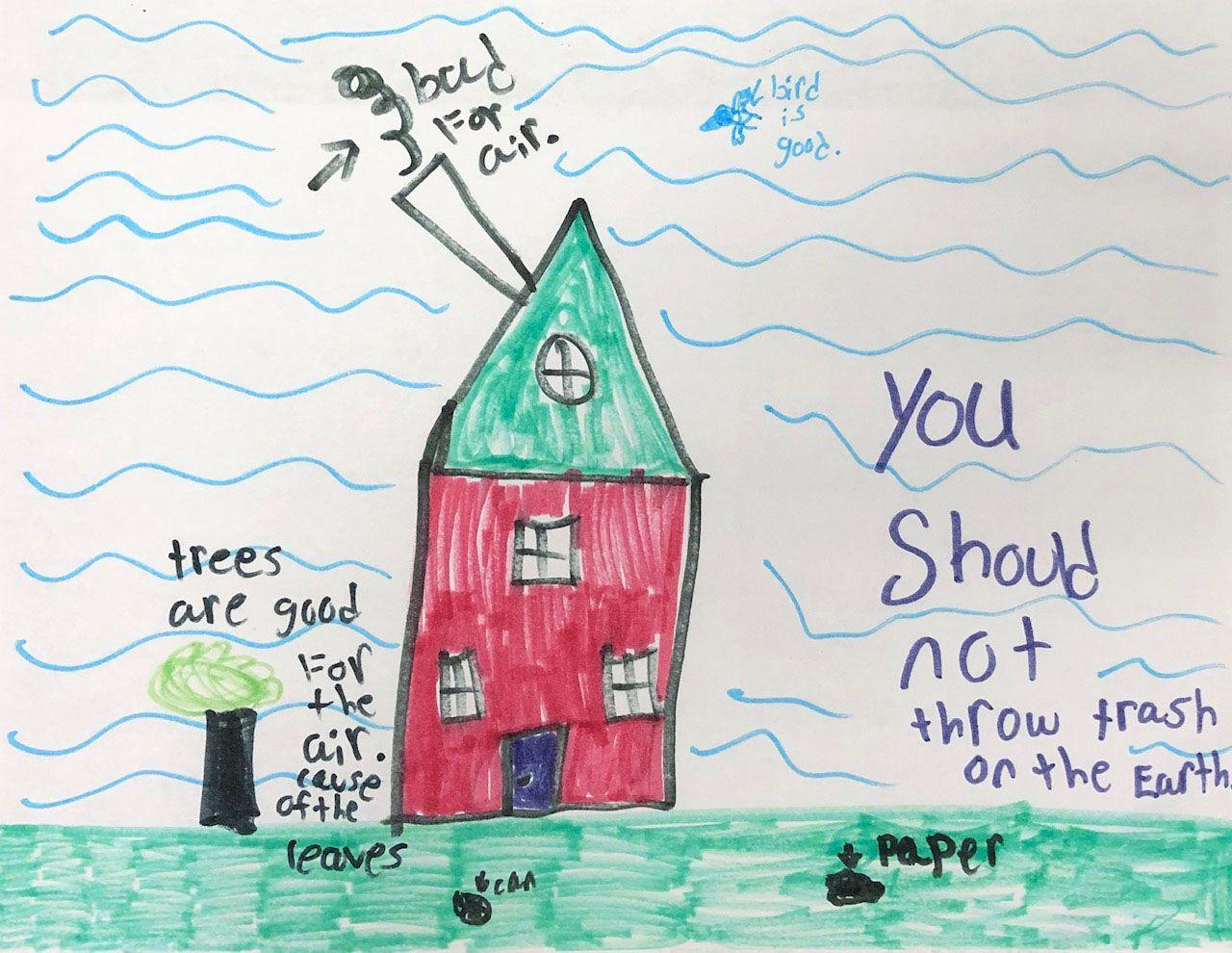 Hugh Durden of the YMCA (from left), firefighter Justin Pledger and Cpl. Eric Kines smile at Moe’s Original BBQ in front of an air compressor donated to the Rome-Floyd County Fire Department’s Water Rescue Team by the Y-Knots group at the YMCA.

The YMCA group the Y-Knots, a team of women who meet for philanthropic projects once a month, donated a $1,500 air compressor to the Rome-Floyd Fire Department’s water rescue team to assist with efficient water rescue.

The group presented the compressor to the fire department on Wednesday at Moe’s Original BBQ.

The fire department reached out to the YMCA Aquatics program in 2018 to expand the water rescue program.

“They were using a pressure tank to start with,” said Hugh Durden, a volunteer with the YMCA’s Aquatics program. “It’s very limiting.”

Without an air compressor on the back of a water rescue boat, water rescuers can only stay under water for about 30 minutes, which can limit the safety of a rescue.

“With the compressor, we have an unlimited supply of air and it makes it safer,” said Capt. Grant Collier, who leads the water rescue team at the fire department.

According to the Collier, there’s been an increase in the need for water rescue as almost 2,000 people use the rivers for recreational activities on a given weekend.

“There are a lot of inexperienced people on the river that don’t realize how dangerous it can be,” Collier said.

He recalled a rescue mission where almost 200 people had to be pulled from the Coosa River during a failed attempt to set a Guinness World Record for the longest line of water inflatables.

Fire department officials realized they would need the equipment during the training program, so they contacted the Y-Knots. The group members sought donations from the community.

“People gave because we all know people on the river,” said Cathy Strickland, a member of the Y-Knots.

She reached out to her Sunday school classmates at First Baptist Church to raise money for the air compressor. The group began raising the money in May and reached their goal in June.

In this May 2019 file photo, Cayden Johnson (center left), 9, and Bella Taylor, 9, watch two dogs meet each other for the first time during the Pup-A-Palooza event marking the official opening of the public dog park in Ridge Ferry Park.

For those who missed Pup-A-Palooza in the spring and are looking for a way to celebrate National Happy Hour Day, a new fall event is coming to the Ridge Ferry Park dog park next week.

“We were looking for a way to tie in a national holiday with the event so we came up with Yappy Hour,” said Brittany Griffin of the Rome-Floyd Planning Department. “It’ll be BYOB: ‘Bring your own bowl.’”

Griffin described the event as similar to Pup-a-Palooza, but not quite as big.

Dog lovers will be able to meet and mingle with each other and let their dogs roam leash-free. As part of the happy hour theme, Swift & Finch will have their mobile truck on site to sell cider, coffee and other hot beverages.

The event will also be an opportunity for people to become members of Friends of the Dog Park, the local group advocating for awareness of and improvements at the new public facility off Riverside Parkway. There will be a Google doc available for people to fill out on the Facebook pages of Public Animal Welfare Services and Friends of the Dog Park.

“Our new dog park at Ridge Ferry Park is a testament to the importance of citizen involvement in government, particularly local government,” said Brice Wood of the Rome-Floyd Planning Department.

A water feature and bench were recently installed at the park, but Griffin and the other members of Friends of the Dog Park are currently raising funds for obstacle course items and a few more benches.

For those who sign up to become members of Friends of the Dog Park, names will be put in a raffle at Yappy Hour for three dog-themed gift baskets and certificates.

Yappy Hour is scheduled for Tuesday from 4 to 6 p.m. For more information or to sign up for Friends of the Dog Park, visit their Facebook page or contact Brittany Griffin at bgriffin@romega.us.