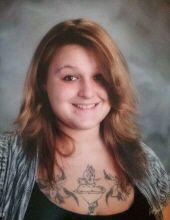 Prosecutors continued to lay out their case this week against a Cartersville man accused of selling and transporting large amounts of meth and fentanyl as well as contributing to the death of a woman whose body was found mutilated in a Bartow County dump.

The case against Terrick Robinson is being tried in U.S. District Court in Clarksburg, West Virginia.

The Exponent Telegraph reported prosecutors questioned a Kentucky drug task force agent on Wednesday as well as law enforcement officers, to establish evidence pointing to Robinson as the conspiracy’s kingpin.

Robinson’s attorney contends the others involved in the case were really in charge of the conspiracy that brought the drugs from Georgia to West Virginia. The Telegraph reported that the defense characterized Robinson as an out-of-work grocery manager who just was along for the ride because of the women he met on the trips.

A law enforcement agent who specializes in undercover drug investigations described the state as having a “user base” and drugs could be brought there for a greater profit, the Telegraph reported.

Prosecutors outlined a timeline for events in the drug investigation on Wednesday, along with events leading to a worker finding the dismembered body of Courtney DuBois at a landfill in Bartow County on Aug. 13, 2018.

In early 2018, a drug investigation in West Virginia only known as “T” had already begun, the Telegraph reported. Drug agents had been receiving tips well before the body of DuBois was found in Georgia and agents had witnessed Robinson at the hotel on Aug. 9, 2018, where prosecutors allege DuBois died of a fentanyl overdose.

One of the four men involved in the case still awaits trial. A judge approved the request of Seddrick Damond Banks to be tried separately from Robinson.

He’s facing drug and gun charges as well as allegations that he helped cover up the death of DuBois.

William Gregory Chappell and Joel Jimenez have both pleaded guilty to meth distribution conspiracy but have yet to be sentenced. The Telegraph reported all four men involved in the case are from Cartersville.

A Rome man is jailed after his arrest for allegedly committing a robbery at a South Rome convenience store.

A warrant for his arrest alleges that he demanded money from the female clerk while pointing a firearm at her and got $600 before leaving the convenience store.

According to jail reports:

Tyler Eugene Garner, 21, of 143 Rising Fawn Trail, was arrested Wednesday at 107 Dellwood Drive by Rome police. He is charged with felony first-degree criminal damage to property as well as misdemeanor simple battery and third-degree cruelty to children under the Family Violence Act. He is also charged with misdemeanor failure to appear.

“The accused did commit the above offenses when he intentionally caused physical harm to the victim by throwing a brush, striking her nose,” the report stated. “He then knowingly and without authority interfered with her property by slamming her phone on the ground, rendering it broken and unable to contact 911.”

The report also stated he committed these offenses in the presence of two toddlers.

An inmate at Johnson State Prison was returned to Rome on Wednesday to face drug charges stemming from an incident nearly two years ago at the Floyd County Prison.

According to jail reports:

Brandon Lloyd Owens, 35, of 35 Massee Circle, Hawkinsville, faces felony charges of possession of methamphetamine and possession of items prohibited for possession by inmates.

During a search at the Floyd County Prison on Jan. 30, 2018, Owens was found with a quantity of methamphetamine, marijuana and two different pills in his boots when he returned to the prison from a work detail.

ATLANTA — As the nation prepares for the Martin Luther King Jr. national holiday amid a “dire” election year, the Atlanta center named for him will offer nonviolence training, voter registration and visits from politicians, entertainers and sports figures, King’s daughter said Thursday.

The impeachment of President Donald Trump and a tumultuous climate in the United States make this year’s commemorative event all the more crucial, Bernice King told reporters.

“We are confronted with the fierce urgency of now,” she added, echoing a phrase her father employed in landmark 1967 sermon.

Voter registration will take place at the series of events, as well as a demonstration of the workings of new voting machines, in hopes of encouraging voting and reducing wait times at voting sites.

The activities will be held at and around The King Center, from Jan. 10-20, in the neighborhood where the civil rights champion lived.

Events include a two-day nonviolence workshop to educate and train others in the protest method that King employed, and a K-12 event focused on celebrating the differences in people.

The Atlanta events also include a “day of service” at Ebenezer Baptist Church on Jan. 18 in honor of King, who was pastor of the church until he was assassinated in 1968.

Politicians, entertainers and sports figures are expected to attend various events, Bernice King said. Visitors to The King Center will also be able to take part in a new “digital footsteps journey,” she said.

It’s an interactive display where visitors walk on a path connected to software that reveals the energy they generated with each step, and shows the various devices that energy could power.

Education
School officials hope to get interviews and searches policy to first reading at January Board meeting
Kenya Hunter  / By Kenya Hunter KHunter@RN-T.com
01.09.20

Officials are hoping to get a policy regarding law enforcement and its role in Rome City Schools to first reading by the Jan. 14 school board meeting.

Adoption could come as early as February.

The policy calls for parents to be notified if law enforcement officers wish to interview a student regarding an incident — and schools aren’t allowed to use the school resource officer as a middleman.

One of the only times a parent might not be contacted is if there is a case of child abuse where the parent may be the perpetrator.

“If it’s not an emergency, that interview is not happening if we can’t get in touch with a parent,” School Board Attorney Chris Twyman assured the board when the issue first came up at its December retreat.

Dawn Williams, the assistant superintendent, said officials would go out of their way to try to contact a parent or guardian.

“We’re going to make every effort possible to get in the touch with the parents,” Williams said. “Even going out to their houses.”

The interview and search policy also clarifies who has consent to search cars and lockers on school grounds. According to the draft, school officials are allowed to search vehicles and lockers without student or parental consent, but police officers are not.

One example Twyman used at the school board retreat was if police brought K-9 units to sniff out drugs on campus. If the dog indicates a positive for drugs, the officer still would not be able to search the student’s vehicle or locker.

Instead, a teacher or principal would have to conduct the search unless police obtain a search warrant.

The policy was first presented to the school board at its annual retreat.

Twyman said the logistics of the policy are already in practice since it’s state law. There just is no local policy for parents to see.

Williams said the point of turning it into an official policy is to bring awareness to parents.

“We are going to take every measure possible to keep them informed of what is going on with their students,” said Williams.

Local
STAR House property offers due by end of this month
By K.T. McKee KMcKee@RN-T.com
01.09.20

As soon as word hit the streets a week ago about the STAR House property on North Fifth Avenue going on the market, Devon Smyth and Claudia Hamilton were inundated with inquiries.

“Our phones rang off the hook after the paper came out,” said Smyth, executive director of William S. Davies Homeless Shelter, about the Rome News-Tribune story first published online the night of Jan. 3.

Smyth said they now have four or five interested buyers for the 7,500-square-foot, three-story structure built more than 60 years ago.

They will be taking best and final written offers until noon on Jan. 31 through executivedirector@daviesshelter.com or claudia@livingproofrecovery.org or by calling Smyth at Davies Shelter at 706-802-6300 or Hamilton at 706-204-8710.

“We’re very happy to chat with anyone interested,” Smyth said, adding they have not had the property appraised yet.

Smyth and LivingProof Executive Director Claudia Hamilton decided to sell the bricked-over structure in the River District that had served for the past 48 years as a residential treatment facility for those struggling with alcohol dependency.

Smyth said they felt the building in its current state no longer fits in with the city’s vision of a vibrant arts district across the Oostanaula River from downtown Rome.

They will use the proceeds of the sale for new extended-stay supportive housing projects in Lindale for men and women needing peer-based recovery services.

This was all made possible after the Dicky Starnes board of directors made the decision at the end of 2019 to transfer the STAR House deed to Davies Shelter and LivingProof in the hopes they would use the facility for similar substance misuse rehabilitation purposes.

STAR House had struggled financially for the past several years under longtime director Wayne Smithson, who had worked tirelessly without a salary using the Alcoholics Anonymous model since 1982.

Dicky Starnes Board Chair John Burnes said the board felt it was necessary to hand over STAR House operations after finding out last fall they were losing their funding from United Way of Rome-Floyd County. They had depended on the funding for more than half of their budget.

In its heyday, STAR House had served up to 25 men with alcohol dependency who had just come out of Floyd County Jail detox and needed a place to go.

There also was a women’s wing at one point, but over the years the number of those living there has steadily declined as addictions became more complex with the spread of the opioid epidemic, Burnes pointed out.

Burnes said he felt the property is probably worth about $400,000.