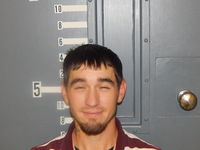 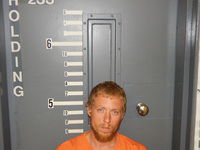 CENTRE — Two men have been arrested in a kidnapping which began in Subligna on Monday and ended at a residence in Centre on Tuesday afternoon.

According to the Cherokee County Sheriff’s Office:

Justin Wayne Wessels was arrested at a residence on Alabama Street in Centre shortly before 2 p.m. Tuesday. He was charged in connection to an assault and kidnapping which occurred in the Subligna Communtiy of Chattooga County.

Wessels and went to the Subligna residence Monday to collect a debt, and when the individual didn’t have the money that was owed — Wessels and Padgett pulled guns, and bound the male victim with wire ties while threatening to kill him.

They then kidnapped a woman “as surety that law enforcement wouldn’t be called.”

They also stole a safe, firearms and other items from the home.

The woman freed herself and called 911 and was spotted in between Centre and Cedar Bluff, reports said.