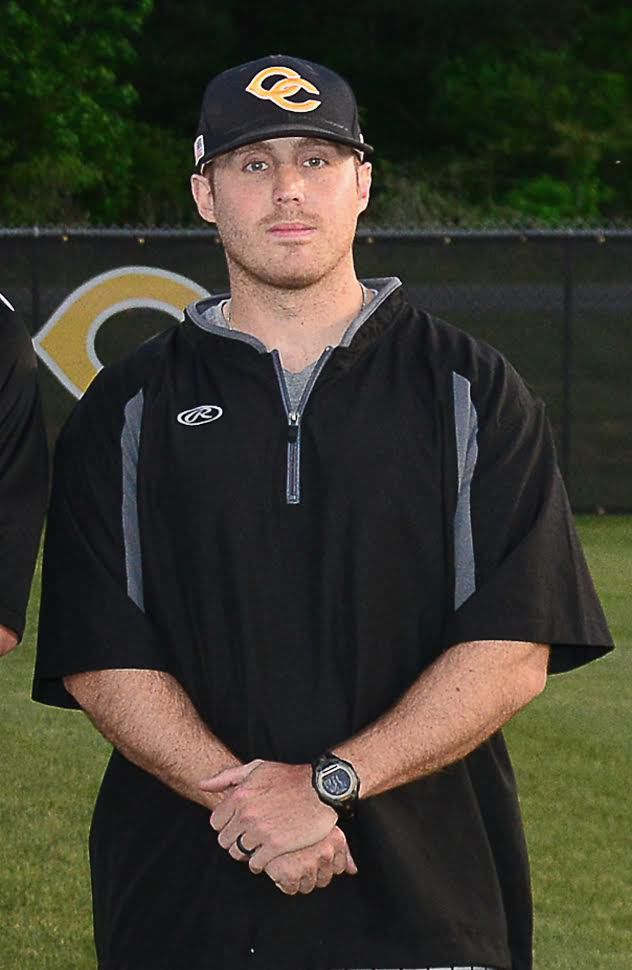 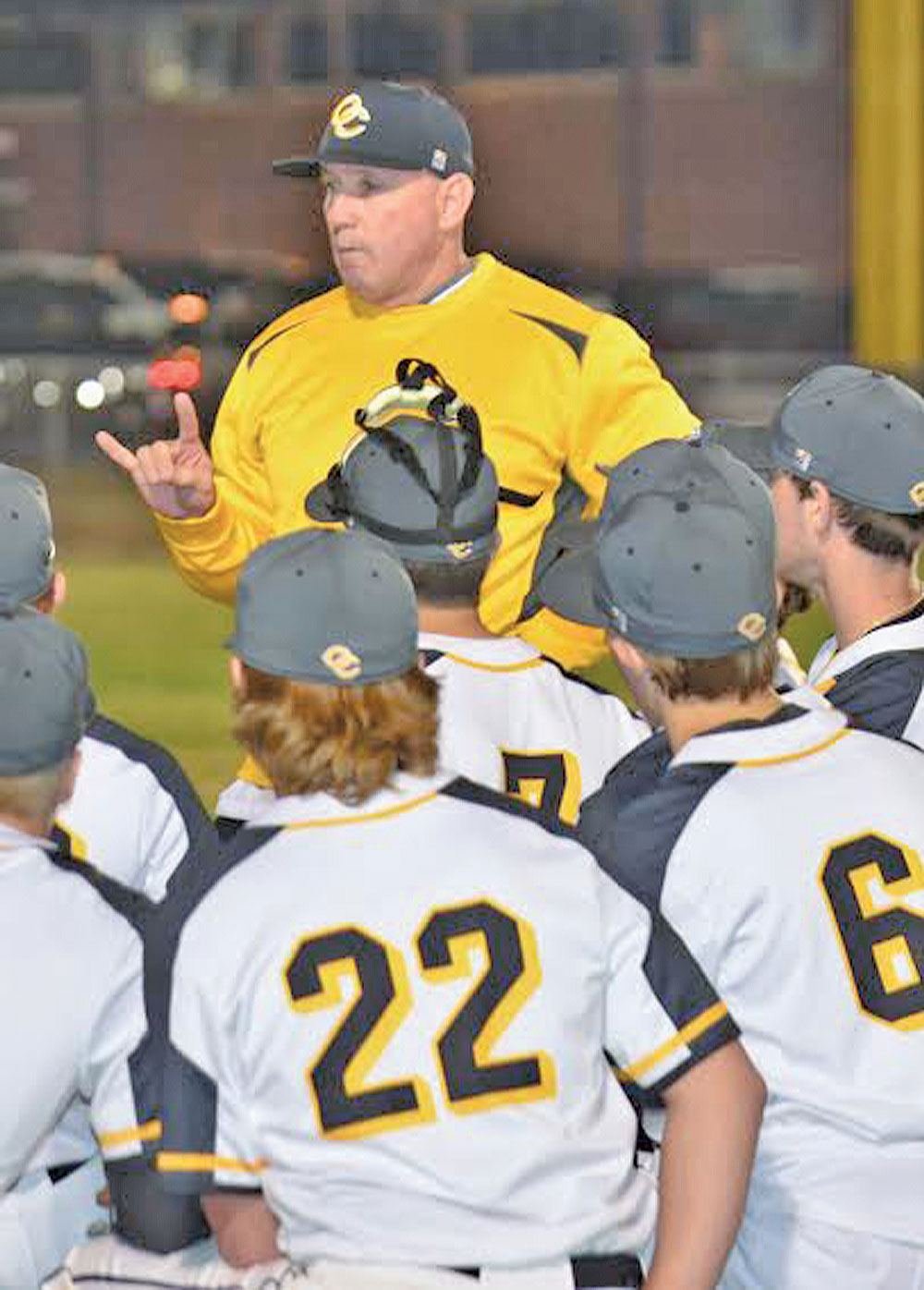 Fran Blanchard talks with the Cherokee County Warrior baseball team following   a game in 2016. Blanchard and his son Coty are stepping away from coaching the Warriors next season. Photo courtesy of Billy Garrett.

Fran Blanchard talks with the Cherokee County Warrior baseball team following   a game in 2016. Blanchard and his son Coty are stepping away from coaching the Warriors next season. Photo courtesy of Billy Garrett.

CENTRE - Drew Hall has been around several outstanding softball and baseball programs throughout his 29 years.

A high school graduate of Glencoe, he's also been a student assistant coach at Jacksonville State under head coach Jana McGinnis and at Samford University under Mandy Burford. He's also coached softball at Albertville and Huntsville.

More recently, Hall has been a member of the Cherokee County girls basketball staff, and this past spring, helped coach the Warrior baseball team, which earned a Class 4A state quarterfinal berth.

Now, Cherokee County High School officials feel he's ready to become the head coach of one of their programs.

Hall has been tabbed the new head coach of the Lady Warrior softball program. He takes over for Lynden Seals, who resigned after two seasons. The move was officially announced on Thursday evening, when the school held a team meeting to introduce Hall to softball players and parents.

"If you ever look at or read anything from Coach (Nick) Saban at Alabama, that's the big thing. Everybody's bought into the same dream and they work toward it. There's no four or five directions. They all pull the same direction, and that's what these kids deserve."

"He did an excellent job addressing them (Thursday) night," Neyman said. "He presented his goals and expectations, and it seemed like the parents and the players were readily acceptable of it. He already has a few summer dates set in a tournament the week of the 12th (at Oxford). It is still a youthful team. He told them any position is up for grabs. If you want it, then earn it. He put his focus on defense. Bats may get cold here and there, but defense has got to be there every game. He laid it on the line, and I think the players and parents were enthusiastic about it. He's just a tremendous coach, and I feel he offers a lot to us."

Hall feels knowing most of the girls already from basketball gives him a leg up on coaching them in softball.

"It's hard to come in off the street and build that relationship, so knowing these girls and how tough they play and how bad they want to win, that was one of the big selling points to me," he said. "In my short time coaching, I've learned it's not about me. It's about the program and it's about the kids. As long as we keep that at the heart of everything we do, then that's all that matters."

Hall is married to the former Gena Farmer, a multi-sport athlete at Sand Rock who graduated in 2010. The couple has a newborn child in Emory Kate.

While Hall is just beginning his own program, two other Cherokee County High School coaches are stepping away from theirs.

Baseball coaches Fran and Coty Blanchard have decided to turn the reigns over to someone else in 2018. The duo took on the head coaching duties eight games into the 2016 season. They led Cherokee County to a 25-9 overall record and a berth in the second round of the Class 4A state playoffs.

"It's really hard to walk away," Fran Blanchard said. "Coty and I have worked so hard to try and piece things together where we may be able to return (in 2018), but things have to go on. I think we leave it in a good place where it's at right now. It took every second these past two years to get it back here, but I feel good about leaving it here."

The Blanchards' decision to leave are for different reasons. Fran Blanchard has a career in real estate development for Jay Machleit and Triple C Development in Centre that requires a lot of travel. Coty Blanchard is currently finishing his degree at Jacksonville State University.

"I can't say how much we appreciate the work Fran and Coty have put in and to take time out of their jobs and class work," Neyman said. "It's not something we usually do, take volunteer coaches, but they have helped for so long with CCHS athletics. When the opening came, they took it and ran with it.

"For the past two years, they have helped make CCHS baseball a program that nobody wanted to schedule. It wasn't just the on-the-field stuff, either. If you look at our field from where it was to where it is now, it's fantastic. They also did a tremendous job with fundraising. They did a lot of extra stuff for the team and the fans."

Neyman said there is no timetable to replace the Blanchards, but he would like to get someone soon.

Fran Blanchard left the door open to stay involved with the Warrior baseball program in some capacity. He's continuing to help the team throughout the summer until a new head coach is hired. He's thankful to the community for giving him and his son the opportunity.

"There was such an outpouring of people who wanted to be involved somehow," he said. "Jim Garmany, Josh Higgins, Zach Fife, just so many people who saw we weren't just smoke and mirrors. We had some substance to us. We knew we had the talent, but it's how you use that talent. It's been a wonderful two years of great guys, great fans and great students. I want the program to continue making strides. I don't want this thing to just fall apart."