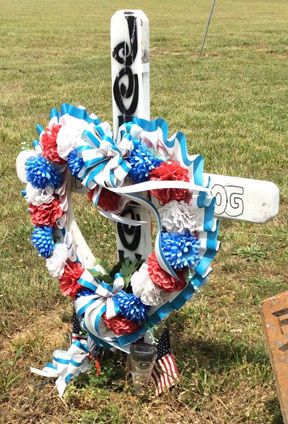 Joseph Cowan, 35, of LaFayette, died two after a wreck at the intersection. A wreath memorial sits off U.S. Highway 27 at Twin Cedars Road. (Messenger photo/Josh O’Bryant) 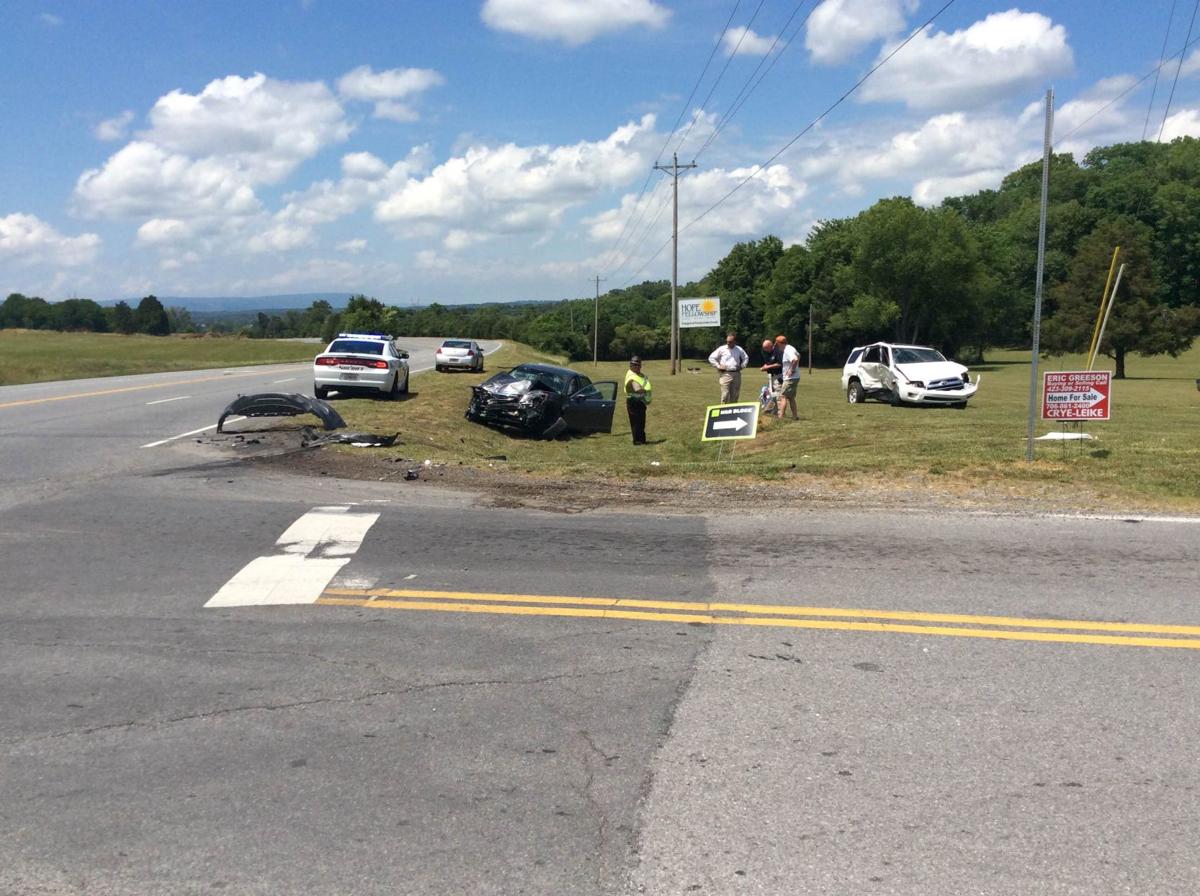 Two people were injured in two-vehicle wreck at the intersection on May 17. (Messenger photo/Josh O’Bryant)

For years many residents have been pointing out the need for at traffic signal at the intersection. (Messenger photo/Josh O’Bryant)

Joseph Cowan, 35, of LaFayette, died two after a wreck at the intersection. A wreath memorial sits off U.S. Highway 27 at Twin Cedars Road. (Messenger photo/Josh O’Bryant)

Two people were injured in two-vehicle wreck at the intersection on May 17. (Messenger photo/Josh O’Bryant)

For years many residents have been pointing out the need for at traffic signal at the intersection. (Messenger photo/Josh O’Bryant)

A wreck this week on U.S. Highway 27 at Twin Cedars Road has once again spotlighted the urgent need for a red light at the intersection.

Numerous accidents, including a fatality last June, have occurred there, and traffic studies have proven the need for a traffic signal, officials say.

The intersection — where U.S. 27, Twin Cedars Road and Lee Clarkson Road meet — is technically in a small Catoosa County portion of Chickamauga.

For officials, it’s not a question of “if,” but “when,” a traffic signal be installed.

On June 13, 2015, a LaFayette man was fatally injured and Ringgold girl was injured when their motorcycle crashed into a vehicle in Catoosa County.

Helen Vaccaro, 70, of Chickamauga, was attempting to cross U.S. Highway 27 from Twin Cedars Road to Lee Clarkson Road. The woman entered the path of the motorcycle heading north.

The man and young girl — 35-year-old Joseph Cowan of LaFayette and 11-year-old Cristina Somers of Ringgold — were on a 2014 Harley Davidson motorcycle. They were injured and flown by Life Force to Erlanger Medical Center in Chattanooga. Cowan died a month later.

In the most recent wreck, a two-vehicle collision on May 17, two people were injured and transported to an area hospital.

According to Georgia State Patrol Post 5 in Dalton, about 1:30 p.m., 18-year-old Mason Sims failed to yield while driving a white Toyota 4Runner while attempting to cross U.S. Highway 27 from Lee Clarkson Road when 82-year-old Mary Cagle driving a gray Honda Accord was heading south on the highway. The two vehicles collided in a T-bone accident. The Toyota rolled and careened into a ditch beside Twin Cedars Road. Both drivers were transported to an area hospital with non-life threatening injuries. Georgia State Patrol Post 5, Catoosa County Sheriff's Department, and Puckett EMS responded to the scene.

Waiting on rights of way

The process started off as a federally-funded project, but given the numerous steps and the hurdles that would continue to prolong the project, federal funding was taken off the table.

The Georgia Department of Transportation (GDOT) has approved the project and will fund the traffic light once Catoosa County has either donated the three rights of way needed from the owners, or if the owners will sale the rights of way to the county, Long said.

Once the property is obtained, the signal light will go in, Long said.

The project has been dragging on for a number of years, but would take longer if federal funding backed the project, Long said.

Long said he met with GDOT earlier in the year again to discuss the much-needed traffic light.

There is no definitive date set for when the traffic signal will be placed as the county waits obtaining the rights of way. The landowners are not resisting the project, but one landowner of one side of the right of way has yet to be reached and/or located.

“Hopefully, it will be soon,” Long said. “It is on everybody’s priority list.”

The May 17 collision was posted to Catoosa Walker News Facebook, which garnered a lot of comments from residents who travel in that area, including the mother of Cowan’s children.

Karen West posted, “Almost (one) year ago I lost my best friend and the father of my three kids at that road. If you look closely you will see the cross that was put up in memory of Joe Cowan. Since the accident we have been seeking justice for Joe. The lady who hit him was an elderly woman also and ran the stop sign there. It is an ongoing investigation but from what we learned is that a red light is approved but we are waiting on them to install it. Their excuse was lack of funds. It is so needed and again I ask how many lives will end due to lack of funds for a much-needed light there.”

Karen Cunningham added, “I have talking with people since 2 pm. All I have been getting is: Chickamauga it is not in our district. (yet it is their residents). Pass the BUCK. Catoosa talk to this person or that person. Talk Senator Mullins. Bah bah. Chickamauga residents use Lee Clarkson road as the main road in and out of Chickamauga. They speed down Lee Clarkson road because there are no police officers to catch them. Then they play leap frog crossing hwy 27. One year ago a man lost his life. Every month there is an accident. Hello lights are needed.”

April Vann said, “I have to use this intersection 4 times a day with my 2 year old, its scary every time attempting to cross, I hope this will be the push to get the light put up!!”

Michal Wells said, “THIS INTERSECTION NEEDS A LIGHT!!!! There is a small blind hill with the traffic coming from the south and people are flying down this road.”