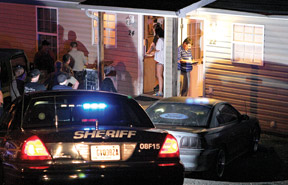 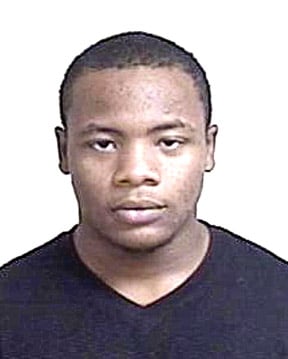 A man is dead following a late-night shooting Tuesday at a Rossville residence.

Another neighbor, a firefighter, went inside a duplex at that address and found the victim lying dead next to a sofa near the front door.

“It appears that several shots were fired throughout the apartment,” Wilson said. “At this point we are still looking for the person responsible.”

Spent shell casing from a 40-caliber weapon were found in three rooms of the home — none were found outside — but authorities would not specify how many shots were fired.

Wilson said a physical struggle appears to have occurred by the back door and that an altercation continued throughout the rental.

Two residents were released after being questioned at length, officials said.

“It’s questionable what they have told us,” Wilson said. “Right now we feel the story has several holes in it.”

A man claiming to have been walking a dog for 15 minutes at about the time of the shooting will be re-interviewed, the sheriff said.

Investigators are also seeking a “potential witness” who they say is not considered a suspect at this point, according to Wilson.

Authorities are trying to locate Marcus Sutton for questioning, he said.

Sutton is described as a 20-year-old black male, 5’6”, approximately 145 lbs. and is to be considered armed and dangerous. Authorities add he is known to frequent the Rossville-Fort Oglethorpe area.

“He has a violent past,” Wilson said.

Friday afternoon, a warrant was issued for Sutton's arrest, according to Walker County sheriff Steve Wilson.

"Sutton now faces a charge of murder and is considered armed and extremely dangerous," the sheriff said, adding  the U.S. Marshal Service as well as law enforcement agencies throughout the region are assisting in this manhunt.

Sutton was charged last month for a drive-by shooting, in which he is alleged to have used a 40-caliber handgun at a Rossville apartment complex.

The sheriff said Sutton faces four felony charges for that incident: aggravated assault, reckless conduct, possession of a firearm during the commission of a crime and a probation violation.

Sutton’s criminal history also includes his being incarcerated following felony convictions. He was released from prison, Aug. 14, 2013, after serving more than two years for another incident.

In 2010, Sutton was convicted on charges that included aggravated assault, carrying a weapon on school grounds and having a firearm during the commission of a crime.

Deputies spoke with neighbors in the surrounding area and a crime scene technician processed the scene for evidence.

Authorities were told  the victim had been staying at the residence for the past three or four days.

Anyone with information related to this crime or the whereabouts of Sutton is asked to contact the sheriff’s office at 706-638-1909.