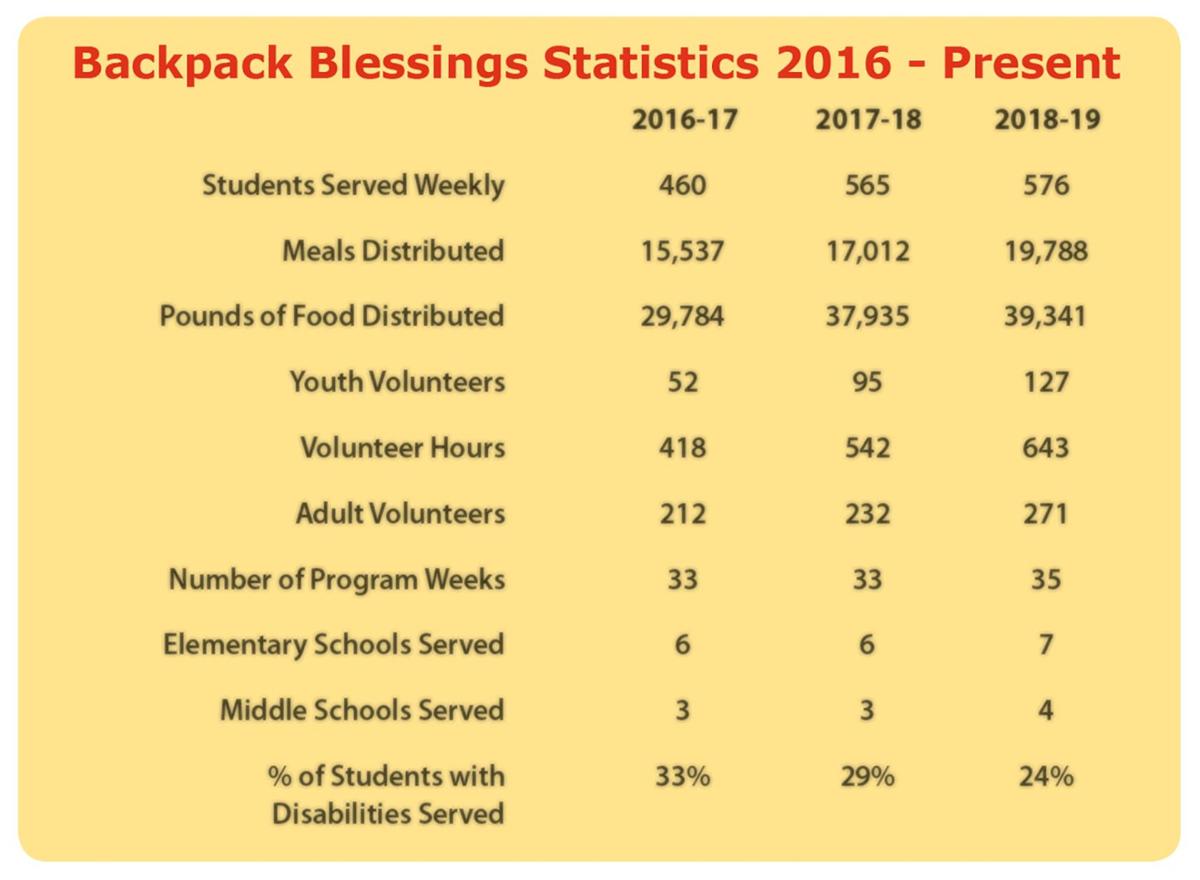 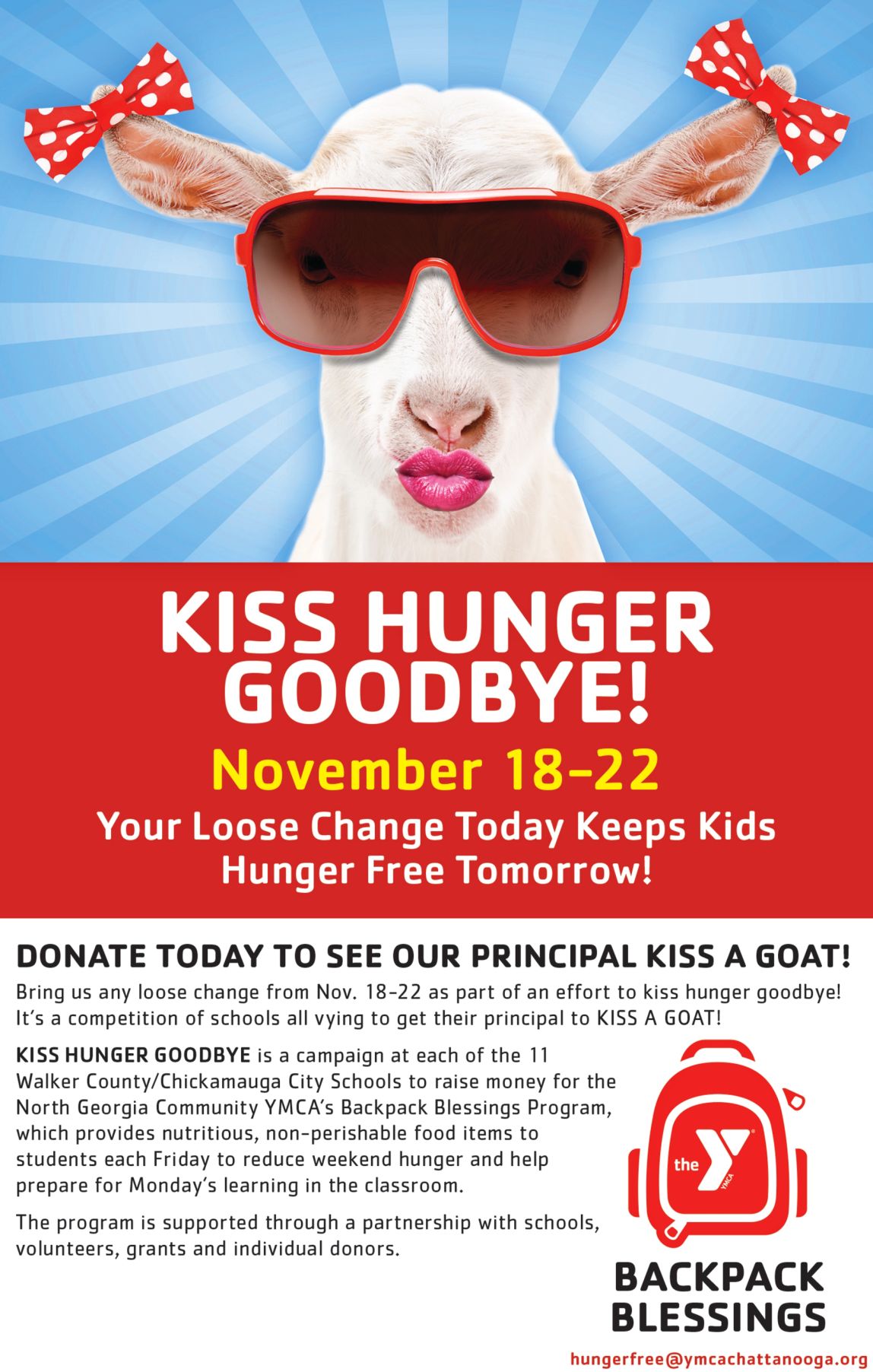 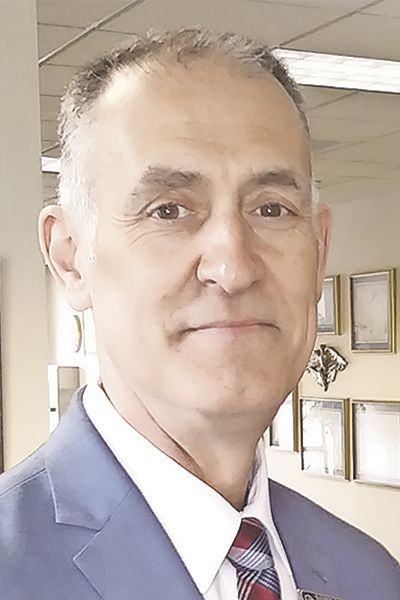 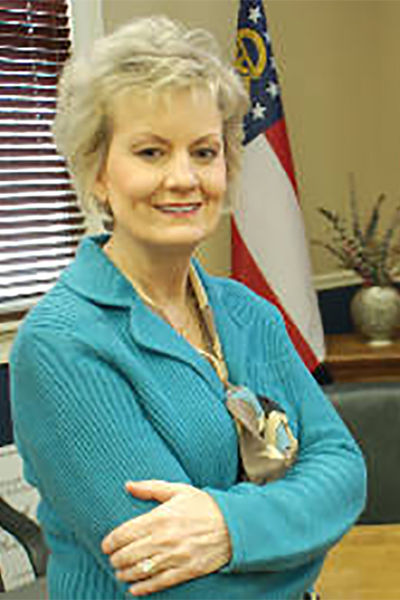 Editors Note: This article is the first in a series on helping hands in the community.

Walker County schools are taking a bite out of childhood hunger.

Throughout the academic year, Backpack Blessings provides students at participating Walker County and Chickamauga schools with nutritious, non-perishable foods on Fridays to fight weekend hunger and to help prepare the students for Monday’s lessons. Hunger negatively affects a child’s growth and ability to learn.

“We encourage anyone to come out and see this amazing process in action as we pack snack packs for these students,” Walker County Schools Superintendent Damon Raines said. “The stories of gratitude from those receiving, as well as the excitement and appreciation from those who volunteer and are giving, will touch your heart and hopefully bring motivation to get involved.”

“The principal or assistant (principal) who raises the most change will be honored to kiss the goat,” Raines said.

A program of the Chattanooga YMCA, Backpack Blessings is celebrating its sixth year and relies on a partnership with schools, volunteers, grants and individual donors. This year is the program’s fifth operating in Walker County, Raines said.

“We like the Kiss Hunger Goodbye campaign because it is a fun way to get the word out to students and families about Backpack Blessings,” Donahoo said. “It has raised awareness that there are students at each school who may not have a stable food source on the weekends. And by donating ‘change’ they can make a big difference in the lives of their classmates.”

“The funds raised through Kiss Hunger Goodbye will go toward the goal of $16,500 we are trying to raise by Dec. 3,” he said.

“They are very unique and will be the envy of all schools,” he said.

The recipients will keep the trophy for the remainder of the year until the next campaign, he said, adding that winning the trophy is a “huge honor.”

Walker County Commissioner Shannon Whitfield issued a proclamation Nov. 14 recognizing November as Hunger Free Month in Walker County and encouraging “all citizens, churches and other non-profit organizations to strive to keep students hunger free, because Walker County is stronger when our children are not hungry.”

Nearly 70% of Walker County children live in a food insecure environment and face the risk of hunger each day, the proclamation states.

Raines said churches across Walker County provide “amazing” support to schools throughout the year; he is sending letters to all area churches to ask them to consider designating the third Sunday of each November for a love offering to end childhood hunger.

“‘Third Sunday giving’ would not only help Backpack Blessings, but also our Helping Hands program, school food pantries, clothes closets, food drives and any other food insecurity projects at schools” he said.

The superintendent hopes this proclamation and letter campaign will encourage churches and the community to become more familiar with the hunger insecurity programs, prompting them to offer some level of volunteer or financial support.

“This will allow us to assure this program that battles childhood hunger is sustainable into the future,” he said.

A legacy of compassion

Chickamauga Schools Superintendent Melody Day said Chickamauga schools became involved in the program upon the urging of school system employee Dixie Fahrubel who described her experience tagging along with her grandson, a Gordon-Lee student, to volunteer with Backpack Blessings as a service project.

“I have never seen anything as well organized as this group is, and I am so proud to be part of it,” Day said.

Fahrubel championed the program as a way to fill a community need and lamented that her declining health did not allow her to serve as the program’s chairman in Chickamauga, Day said. She died Feb. 14.

Day said she the program is helping a lot of children and considers the school system’s participation in Backpack Blessings as Fahrubel’s “legacy for us in the Chickamauga City Schools.”

For more information on Backpack Blessings or to volunteer, call 706-935-2226 or email hungerfree@ymcachattanooga.org.

The Backpack Blessings program provides nutritious, non-perishable food items to students each Friday to reduce weekend hunger and help prepare for Monday's learning in the classroom. Supported through a partnership with schools, volunteers, grants and individual donors, Backpack Blessings serves children throughout each school year.

After a long journey, Grace Connelly arrives home in Acworth

In appreciation: Kobe Bryant, a life defined by hard work