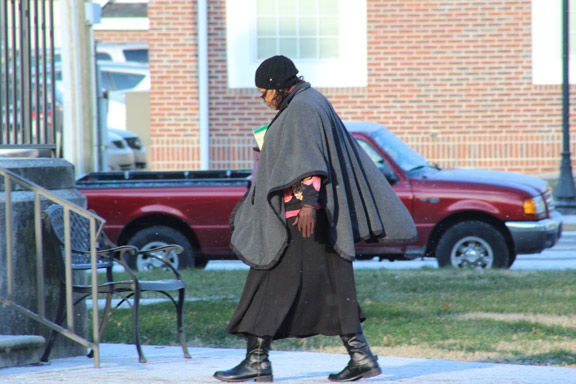 Clara Edwards walks up to the steps of the Catoosa County Courthouse on Tuesday morning, Feb. 10, for the second day of her murder trial. (Catoosa News photo/Adam Cook) 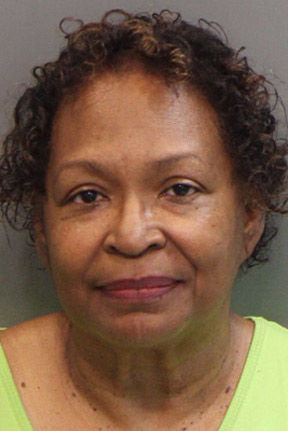 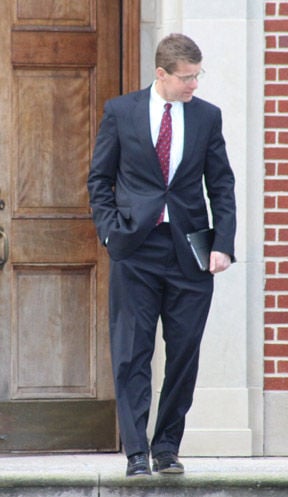 Clara Edwards walks up to the steps of the Catoosa County Courthouse on Tuesday morning, Feb. 10, for the second day of her murder trial. (Catoosa News photo/Adam Cook)

During the second day of the trial for a Ringgold foster mother accused of murder, witnesses described how the 2-year-old victim often seemed withdrawn and unhappy.

The defendant, Clara Louise Edwards, is accused of murder in the death of 23-month-old Saharah Weatherspoon, who was injured at the family’s Mallard Hill home between Dec. 29 and 30, 2013. The child died on New Year’s Day 2014 after being taken off life support.

Edwards claimed baby Saharah fell down a flight of stairs but was later fine, before hitting her head on a piece of furniture later and being found unresponsive.

Edwards was indicted on the charge that she physically caused injuries and murdered the child. She’s facing charges of felony murder, malice murder, and cruelty to children.

After expert testimony from physicians on Tuesday, Wednesday included a number of day-care workers and former church friends, who all discussed how the young child reacted while in the care of the Edwards family back in 2013.

“She (Saharah) always had a puppy dog face,” said Kim Owens, co-director of Ringgold’s Gingerbread House, where Saharah and her brother attended day care for two different stints. “She never really seemed to smile a whole lot. … She was always kind of sad and sheepish.”

Saharah and her 6-year-old brother, Elijah, attended the Gingerbread House from March through May of 2013, and then again in September and October of 2013. In April of that year, Owens testified, she started noticing minor injuries to Saharah.

“We started seeing more things about Saharah,” Owens said. “There was a time when there were marks on her face and a bruised cheek, and they (Edwards) said she’d fallen out of a chair.”

Lookout Mountain Judicial Circuit assistant district attorney Alan Norton also brought up other instances when Gingerbread House teachers and staff noticed marks on Saharah, such as a knot on her forehead on Sept. 16 and a black eye and busted lip on Sept. 25.

Sometimes, Owens said, Edwards would give no explanation of what happened, such as Oct. 7, when Saharah showed up with a bruise on her forehead, but that she at other times would explain, like when the child arrived with scratches and cuts around her mouth on Oct. 15.

“Ms. Edwards said she fell asleep with a sippy-cup in her mouth in her high chair,” Owens said.

With each witness that took the stand on Wednesday, the prosecution used questioning to not only point out instances of possible abuse in the home, but also tried to paint a picture of Saharah not being comfortable with Edwards when she’d drop her off or pick her up. They also touched on the child’s perceived unhappiness.

“She was just sad and withdrawn,” Owens said. “We really didn’t know why she wasn’t interactive with other kids.”

Defense attorney Daniel Ripper spent a lot of his cross-examination time pointing out how the child’s attitude and perceived demeanor was that way throughout not only the duration of her time at the day care, but also throughout her entire life.

“She was reserved and quiet and kept to herself regardless of who was around, correct?” Ripper asked.

Several witnesses admitted to Ripper and the court that the child was standoffish, with her demeanor not really wavering the entire time she was in day-care there.

Ripper also offered an answer to the cause of the child’s visible mouth injuries.

“She frequently had chapped, cracked, and bleeding lips from being a mouth-breather,” Ripper said.

The Gingerbread House’s other co-director, Ashley Hicks, concurred with other witnesses about Saharah always having a sad disposition.

“She often looked sad and didn’t seem very excited or anything ever,” Hicks said. “Very rarely did I ever see her smile.”

After the children’s second stint at the Gingerbread House in late 2013, they were pulled out of the school by Edwards and instead enrolled at Bright Beginnings Academy on Battlefield Parkway.

Teachers there also described Saharah as an anti-social child.

“She didn’t socialize well with other children and was possessive with things like her food,” said Sharon Burden, a teacher at the school.

Although Burden said Saharah was different from the rest of the children at the school, she said the only injuries she ever witnessed was a swollen lip, and that Edwards was always forthcoming with information about things going on at home.

“She (Edwards) always told us anything that was going on with Saharah,” Burden said. “I didn’t see anything bad. Saharah was always dressed nice, hair was always brushed, and she was always neat and clean.”

Some of the most interesting testimony of the day came from Kimberly Okwudibonye, a former church friend of Edwards, who claimed she saw Clara verbally blow up at Saharah one day at Walmart.

“I saw her at Walmart and we spoke about a church conference,” Okwudibonye said. “The kids were in the back seat and Clara yelled at Saharah, ‘Be quiet demon. … You just sit there and don’t rush me.’”

Okwudibonye also stated she had concerns about the children’s welfare, which she talked over with other church members before the congregation notified the Department of Family and Children Services (DFCS).

Ripper questioned whether that call to DFCS had anything to do with the Edwards’ plan to leave the church or the pastor’s interest in permanently adopting the Saharah and her brother.

“It wasn’t like we had a planned meeting,” Okwudibonye said. “It wasn’t about them leaving the congregation either. It wasn’t that kind of attitude. … We were concerned about the child in her care, that’s all.”

The trial is set to resume Thursday morning at 9 a.m.

Adam Cook has been a reporter with the Catoosa County News in Ringgold, Ga., since 2009. He currently covers crime and courts, Ringgold and Fort Oglethorpe city government, education, and arts and entertainment.

Ban on sale of dogs, cats among proposed code amendments

Ugly brawl breaks out at end of Kansas State-Kansas game

US stocks close lower amid jitters over virus outbreak

In reversal, Clinton says she'd back Sanders if he's nominee

Recreational weed is legal in Illinois, but medical marijuana requests are up. Here’s why.