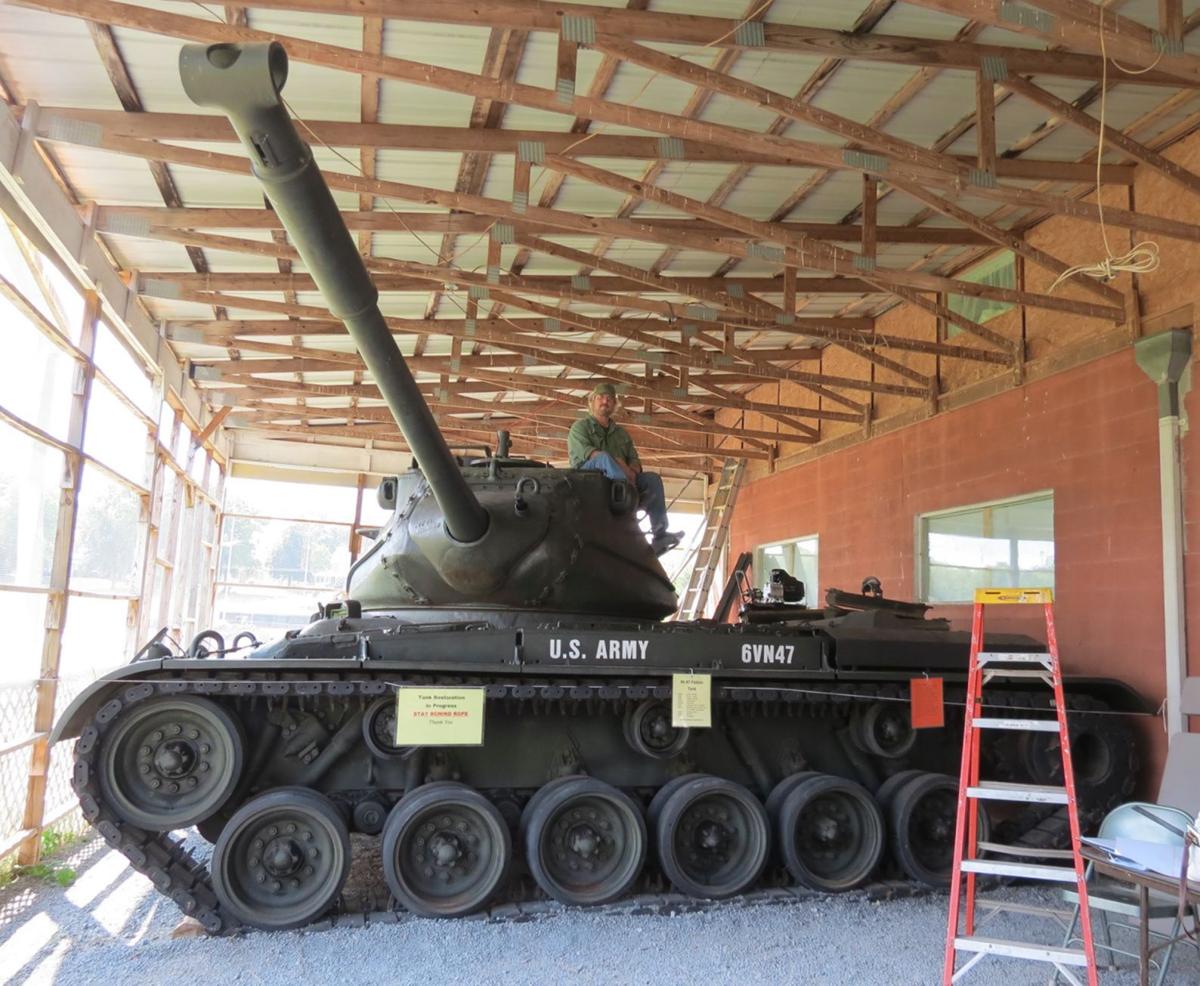 The M47 Patton tank at the 6th Cavalry Museum in Fort Oglethorpe is undergoing a restoration thanks to Marietta resident George Adler, who is donating his time to work on the tank once a week. 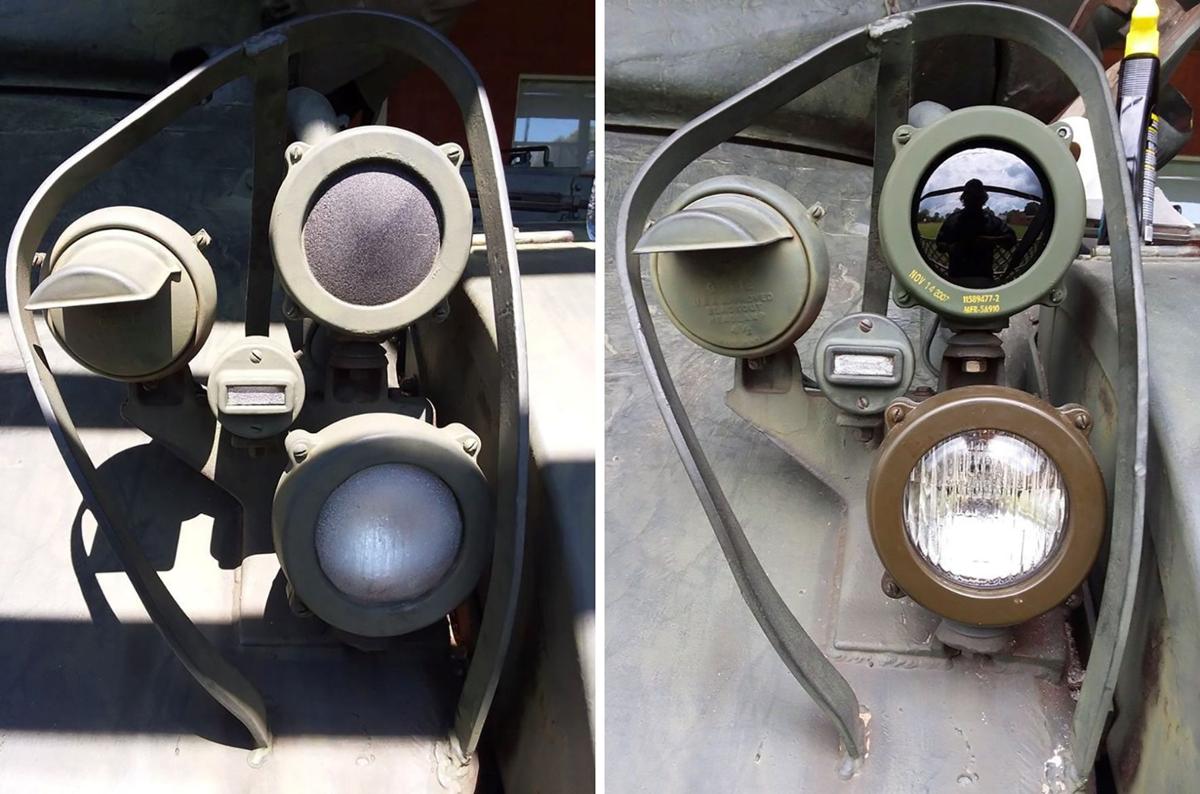 The lights and optics on the M47 Patton tank at the 6th Cavalry Museum in Fort Oglethorpe were badly damaged by desert conditions (left), says George Adler, who replaced them (right) as part of the restoration he is doing on the tank. 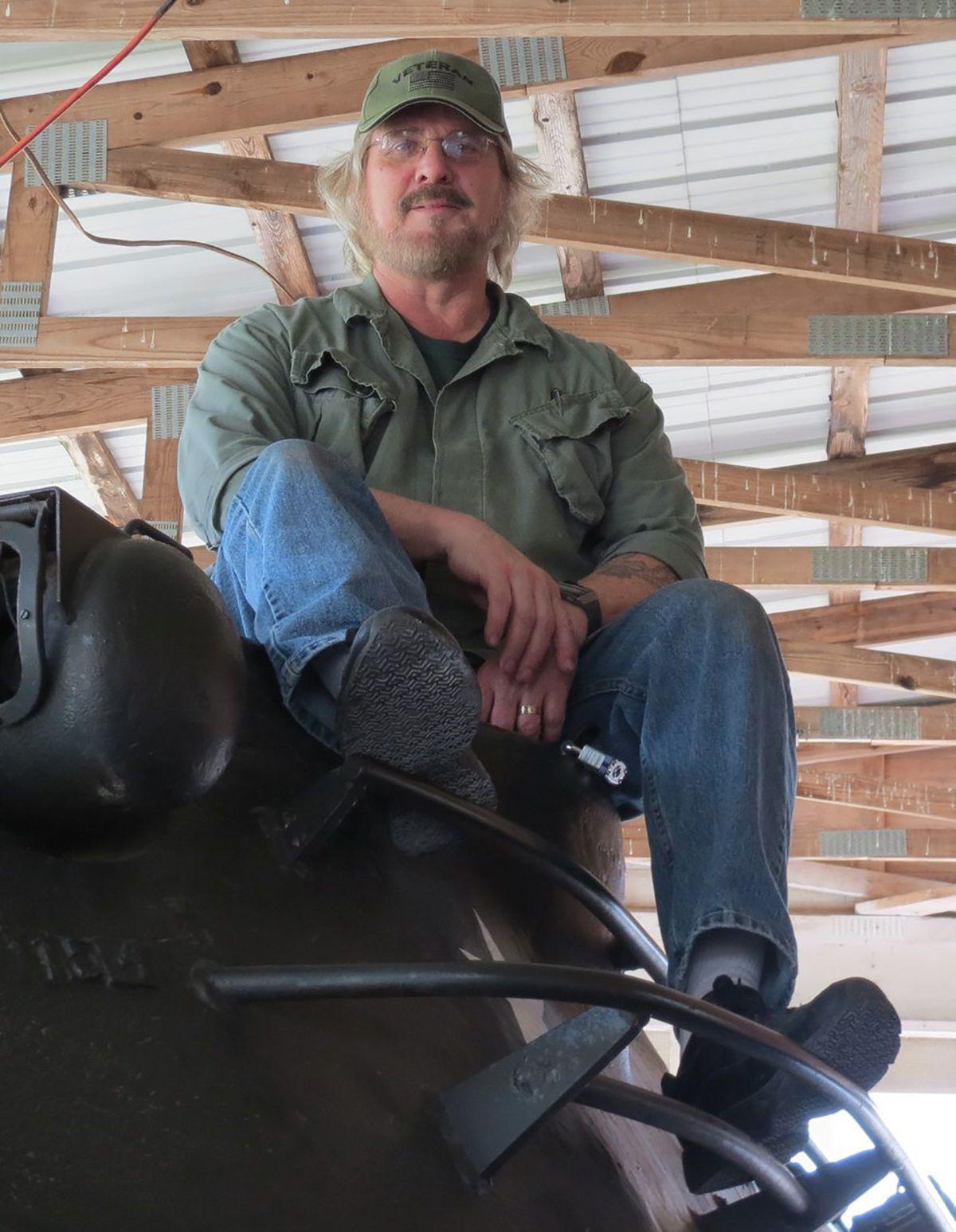 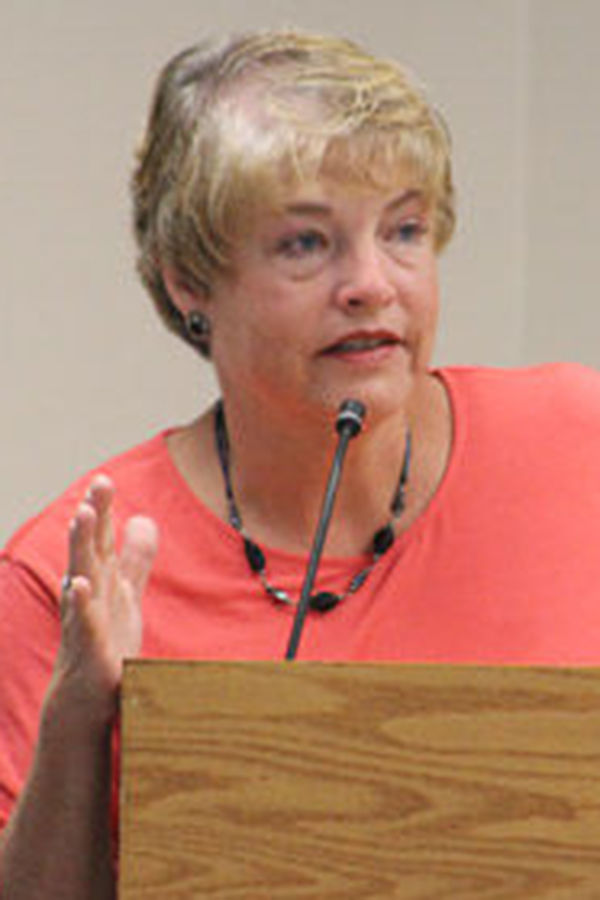 The M47 Patton tank at the 6th Cavalry Museum in Fort Oglethorpe is undergoing a restoration thanks to Marietta resident George Adler, who is donating his time to work on the tank once a week.

The lights and optics on the M47 Patton tank at the 6th Cavalry Museum in Fort Oglethorpe were badly damaged by desert conditions (left), says George Adler, who replaced them (right) as part of the restoration he is doing on the tank.

This past April, George Adler and his wife were visiting Fort Oglethorpe to attend a program at the 6th Cavalry Museum. At the event, Adler got to talking to Joe Barkley, one of the museum’s board members, who led him outside to see the museum’s M47 Patton tank.

Adler’s interest in tanks comes from firsthand experience. During his time in the U.S. Army, from 1975 to 1978, he served as a loader, gunner and finally commander of an M60A1 tank. He was also a missile tank turret mechanic for M60A2s.

“The M47 wasn’t a wreck,” says Adler, “but it needed some love. Joe and I started bouncing ideas around and he introduced me to the museum’s director, Chris McKeever.”

Adler suggested to McKeever that he could help restore the tank and make it a real attraction for the museum.

“I didn’t take him too seriously,” says McKeever, who has run the museum for 15 years. “We get lots of people who offer to help with one thing or another and then we never hear from them again.”

Not so with Adler. In short time, McKeever had a seven-page proposal for the restoration. And Adler was willing to donate his time. He estimated that working on the tank one full day a week, the project could take a few years, but progress is already visible.

Adler is the perfect person to be working on the M47 that’s on loan from the U.S. Army to the museum. In addition to being a tank commander and having an intimate knowledge of tanks, he has worked as a metal fabricator, restores “first generation” Mustangs and helped with the restoration of a B-17 bomber at the Museum of Aviation at Warner Robins Air Force Base.

Adler also spent 17 years as a data network administrator for the Federal judiciary and is something of a Renaissance man, interested in everything and willing to tackle unusual projects, like creating medieval armor, stained glass, wood carvings and even learning calligraphy.

Adler began his work on the 6th Cavalry’s tank by spending seven and a half hours washing it. He removed four or five buckets of sand from the tank’s engine compartment and says there’s more to go.

M47s were built during the 1950s — 8,576 of them. They were a short-lived vehicle for the U.S. military because better tanks were already being developed. By the end of the 1950s, the U.S. had phased out the M47s and were selling them off to other countries.

Adler says it appears as if the museum’s tank was in Spain at one time. Instructions inside the tank are all in Spanish. “And it was used in desert conditions,” says Adler. “All the optics and headlights on the tank were badly pitted and scratched from sand exposure.”

Adler has already replaced the optics and lights, including headlights, infrared lights and service lights. He has also loosened doors that were welded shut and has installed new periscope mounts.

When a tank is taken out of commission and allowed to enter the civilian world, Adler says, it is “demilled,” short for demilitarized — rendered impotent as a weapon of war. The 6th Cavalry tank was missing, among other things, its machine guns. Adler fashioned realistic-looking but harmless replica gun barrels from exhaust pipes. He found three replacement periscopes for the tank and installed them.

In the outline Adler submitted to McKeever and the museum’s board of directors, Adler listed exterior and interior work he felt needed to be done, as well as a work task priority list.

On the exterior, Adler advised removing welds from closed doors and hatches, replacing missing parts, cleaning, adding non-functioning replicas of various guns, and painting the tank. He included pictures of three possible paint schemes – two based on how Spain tended to paint tanks during the years it used M47s and one based on a U.S. style.

For the interior of the tank, the hull and the turret, Adler advised removing as much equipment as possible, including seats and control panels, and repairing, refurbishing and cleaning it before replacing it. He also recommended painting the inside and replacing lighting, indicator lights and control illumination with LED lights, and rewiring everything so it can be powered by a low voltage power source.

Finally, after the restoration is finished, Adler says the tank could be a real attraction if all compartments were lighted, open and covered with Plexiglass so visitors could climb a specially-constructed ladder and platform to look inside.

McKeever says she’s excited about the public getting to see and know the museum’s tank so well. “We appreciate George so much for all the work and time he’s pouring into our tank. On top of everything else, he’s done research, found parts and spent time talking to visitors about the tank.”

While Adler is donating his time, there are still significant costs involved in restoring the M47 at the 6th Cavalry Museum.

Tamara Wolk is a reporter for The Catoosa County News in and Walker County Messenger.

Starbucks, home of the $4 latte, is moving into poor areas

Board delays vote on moving Confederate monument at Ole Miss