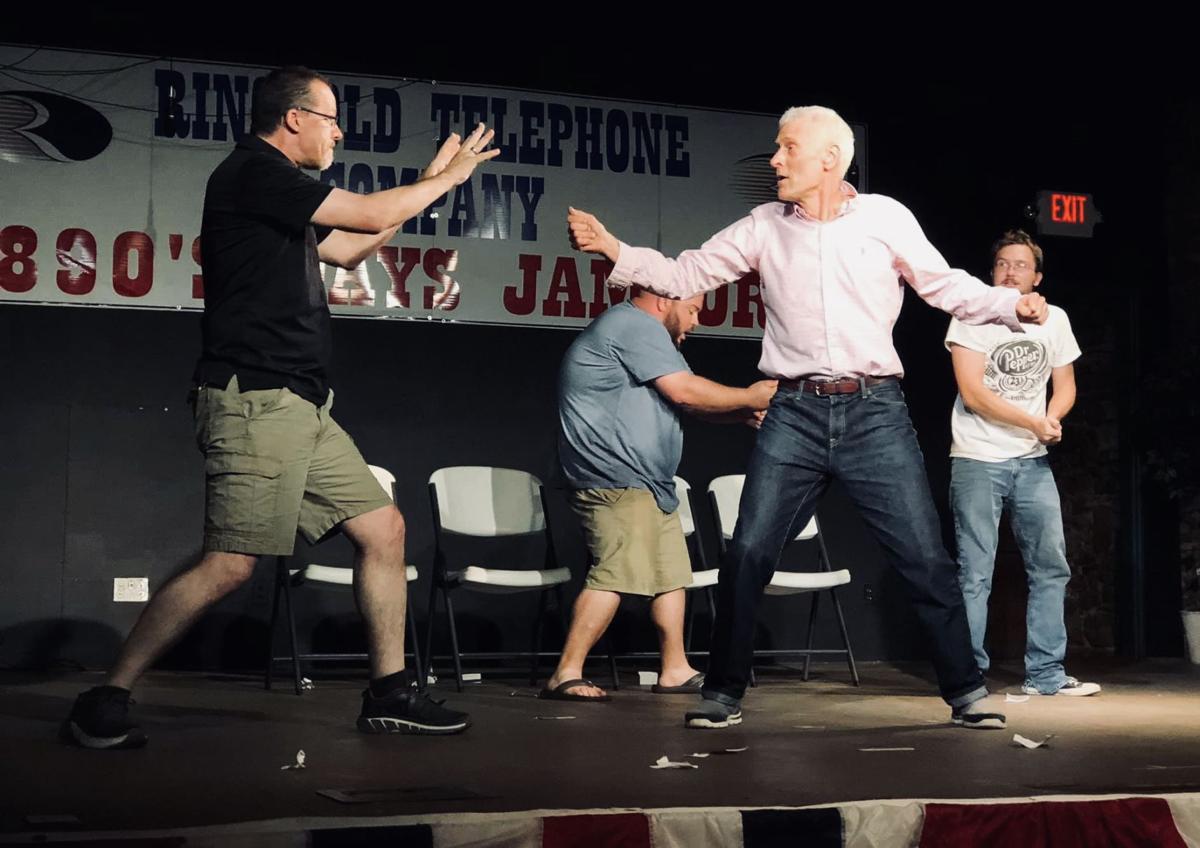 Members of the Ringgold Playhouse’s improv team navigate an audience-created sketch during the last comedy club event in May. The July 26 show will feature both improv and stand-up comedy. Pictured from left are actors Bobby Daniels, Wesley Stokes, Jeff Buchwald and William Brooks. 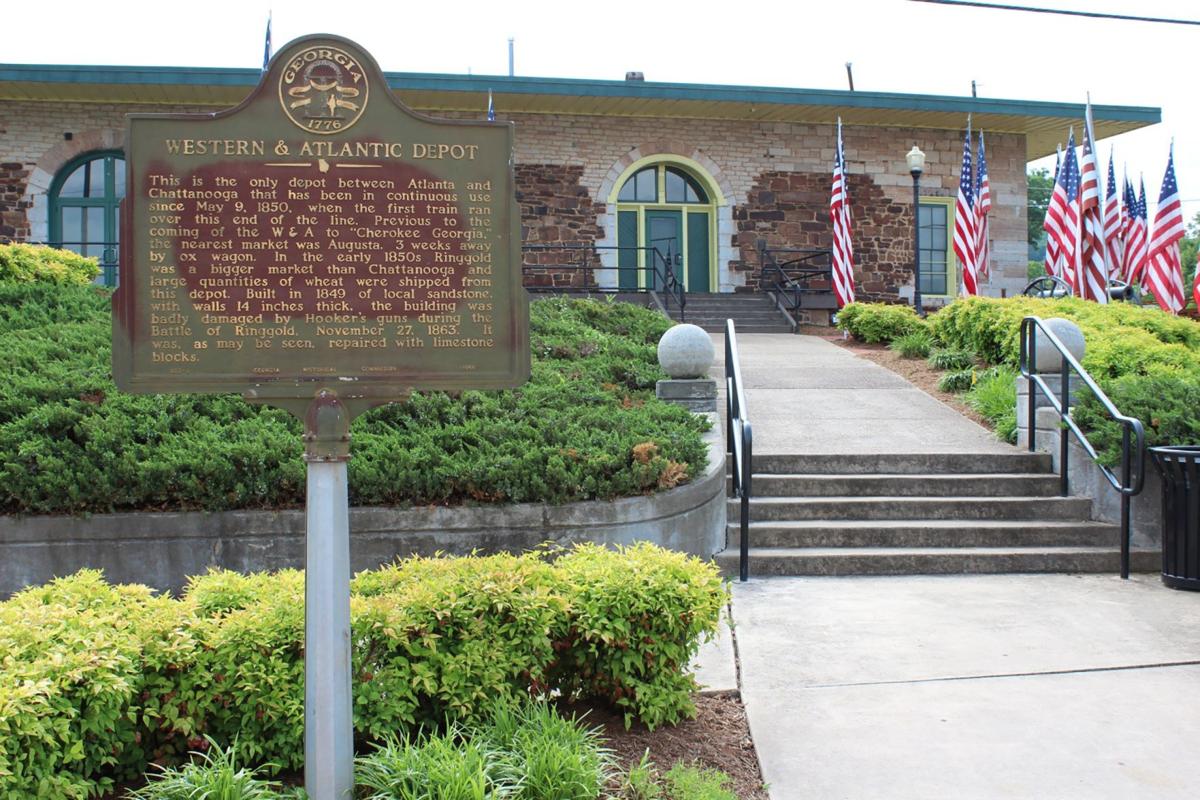 Members of the Ringgold Playhouse’s improv team navigate an audience-created sketch during the last comedy club event in May. The July 26 show will feature both improv and stand-up comedy. Pictured from left are actors Bobby Daniels, Wesley Stokes, Jeff Buchwald and William Brooks.

The Ringgold Playhouse plans to bring the funny to downtown with its final Comedy Club of the season Friday night, July 26, at the historic Ringgold Depot.

Best known for traditional theatre, TRP branched out last year with its mix of improvisational comedy and stand-up, which prompted three such shows this season.

After the success of the May Comedy Club during the 1890s Day Jamboree, TRP officials say they’re excited about how popular the comedy shows are becoming.

“The Comedy Club was an idea we’d been discussing for awhile, and when we finally got it off the ground last year, it was a big hit,” said TRP executive director Adam Cook. “We had a big crowd for our first one of the season in March, and we had a lot more folks at the 1890s Day shows.”

The improv portion of the show will feature a troupe of actors who think quickly on their feet to create impromptu scenarios and characters based on interaction and suggestions from the audience. The improv format will be similar to the hit TV show “Whose Line is it Anyway?”

“The improv was a huge hit last year when we did it because the audience gets to be a part of it and essentially run the performance by giving the performers the details they need to create these funny games and scenes,” Cook said.

After an hour of improv followed by an intermission, the show will close with stand-up comedy featuring a handful of different regional comedians.

In addition to giving audiences a different type of show to see, Cook says the Comedy Club is also a great opportunity for local actors to perform different types of crafts.

“There are a lot of places to do theatre in our area. It’s a hotbed for that, but creating the opportunity for folks who have improv and/or stand-up talent to perform — that was the driving force behind the comedy club idea,” Cook explained. “It can be hard to find stage time in those disciplines, and we wanted to change that.”

The show will start at 7:30 p.m. on Friday night, July 26, with doors opening 30 minutes prior. Tickets for the event are $10 general admission, $8 for seniors and students, and can be purchased online through Eventbrite or at the door the night of the show.