The cast and crew of Ringgold High School Performing Arts Troupe 8715 pose in Forsythe, Ga., where they became state champions in the 2019 Georgia High School Association One Act Play competition on Nov. 9. 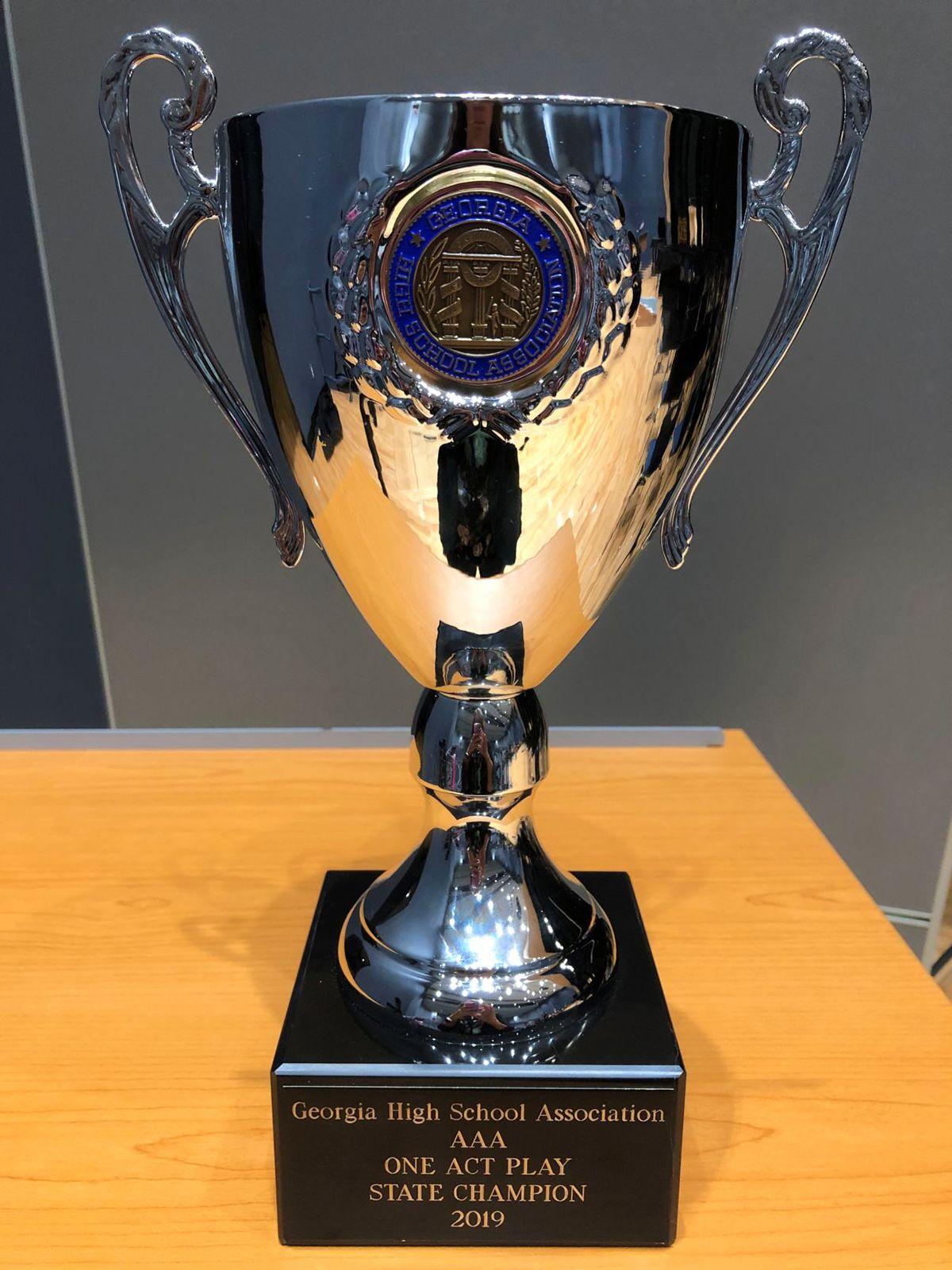 The cast and crew of Ringgold High School Performing Arts Troupe 8715 pose in Forsythe, Ga., where they became state champions in the 2019 Georgia High School Association One Act Play competition on Nov. 9.

It was a long day on Nov. 9 for the cast and crew of Ringgold High School Performing Arts Troupe 8715. Students boarded a bus for Forsythe, 160 miles away, at 6:30 a.m. for a day they knew would not end until the sun was long down.

On the way, the group made a side-stop in Adairsville, where seven students tried out for All-State Chorus. Also on the road and on the way to Forsythe were all four RHS principals. “We were so happy,” says the troupe’s assistant director Kelly Schroder, “that all the principals came. They stayed the whole day.”

RHS was the seventh performance of the day. They stepped onto the stage at 5:45 p.m. and had exactly 55 minutes to be off. “The timing is really important,” says Schroder. “Going over by even a second or two can knock you out of competition.”

Schroder says students must set up their props, perform and have the stage cleared of their props within the allotted 55 minutes. “The students have a very good sense of timing on the whole thing,” she says. “We finished at 54 minutes, 31 seconds.”

The RHS performance was rewarded with a standing ovation. One more school performed after RHS, then began the wait while the judges deliberated. It wasn’t until 9:30 p.m. that the decisions were made and the awards ceremony began.

In addition to their first-place win, some individual members won awards. “The judges can pick up to two performers from each school to win All-Star Cast awards,” says Schroder.

Brianna Reaves and Trevor Hyatt from RHS were chosen by judges for All-Star Cast.

The other award was Best Actor and Best Actress from the entire competition. The Best Actor Award went to RHS student Eli Talley.

When the homeward-bound, bone-weary group reached their interstate exit close to 1:30 a.m., they were met by a Ringgold police escort to see them home the rest of the way. “That meant a lot to us,” says Schroder.

Troupe 8715 will perform “Bright Star” one more time, partly, says Schroder, because so many people have been asking them to and partly to help raise money for State Champion rings that students must purchase themselves and cost in the neighborhood of $200 each.

The encore performance of “Bright Star” will be Thursday, Nov. 21, at 7 p.m. at Ringgold High School. The cost to attend is $5 per person.