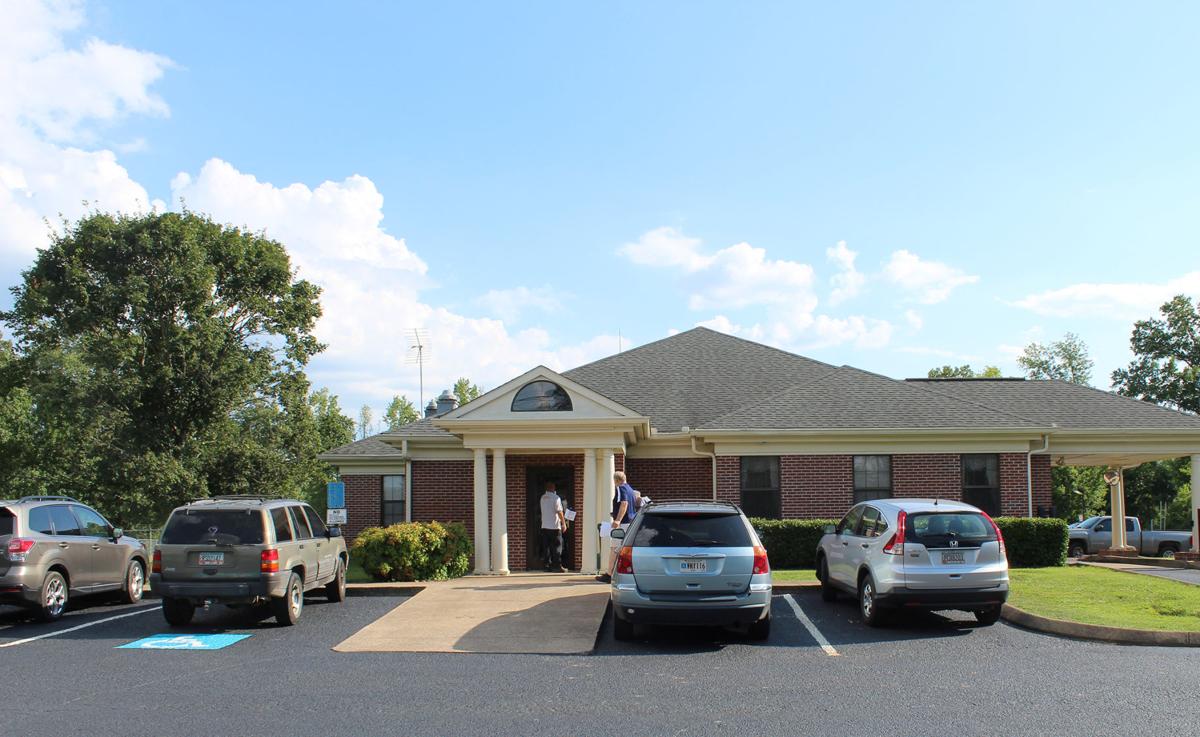 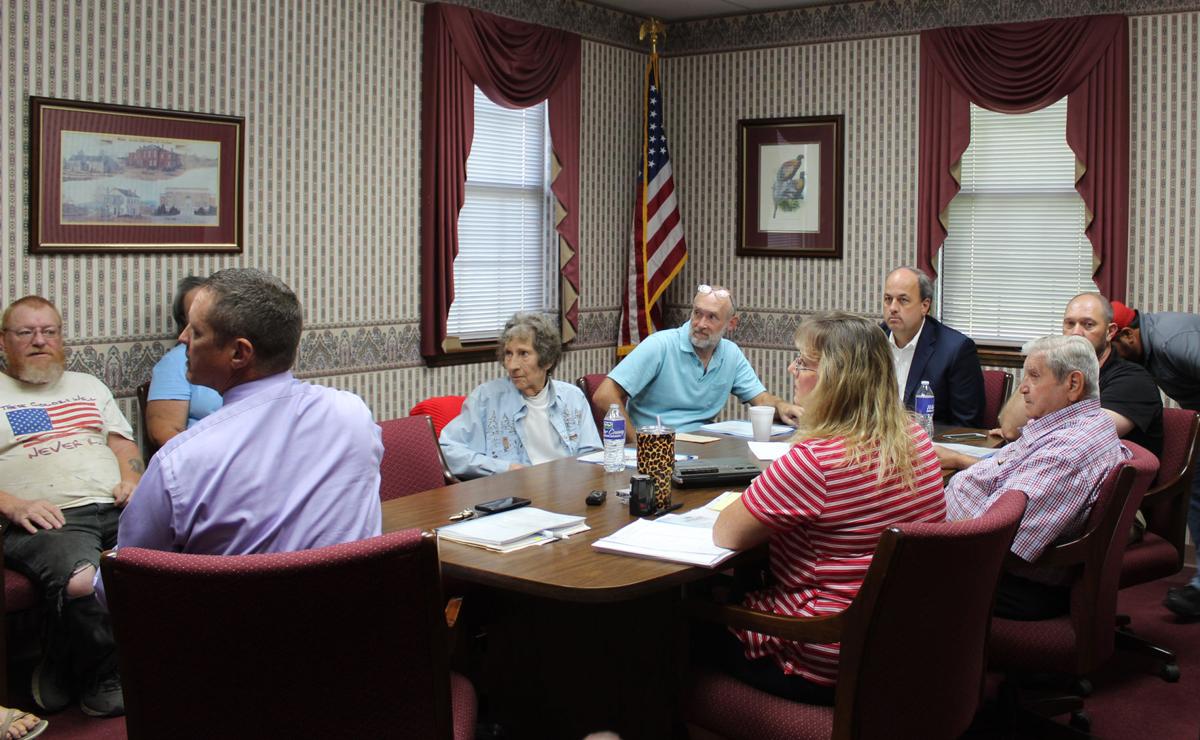 Board of directors for the Walker County Water and Sewerage Authority listen to customers present their concerns and issues at the recent board meeting on July 9. 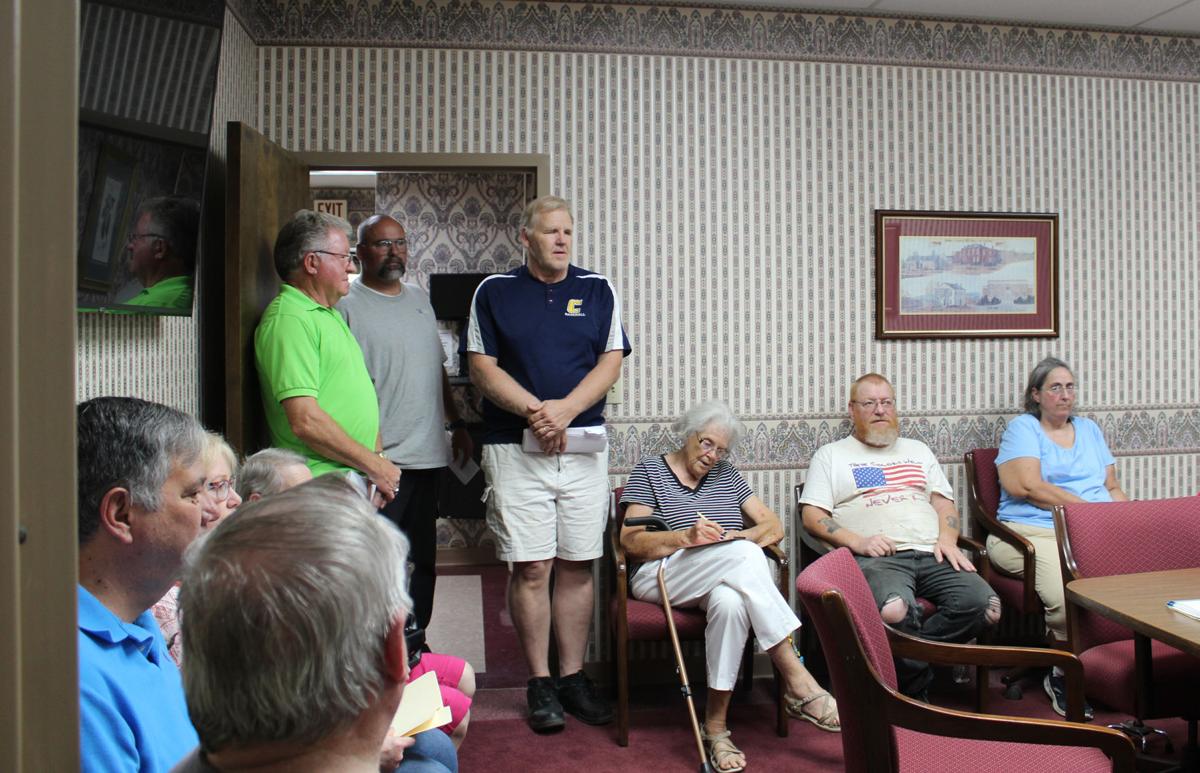 Customers with concerns and complaints attend the July 9 monthly meeting of the Walker County Water and Sewerage Authority, left happier than when they arrived.

Board of directors for the Walker County Water and Sewerage Authority listen to customers present their concerns and issues at the recent board meeting on July 9.

Customers with concerns and complaints attend the July 9 monthly meeting of the Walker County Water and Sewerage Authority, left happier than when they arrived.

Tuesday night, July 9, the house was packed at the Walker County Water and Sewerage Authority in Flintstone, Ga.

And while the Authority has recently made headline news for a lawsuit against the government entity pertaining to a dispute about billing and payment for outside services from a neighboring state, no one who sought to address the board July 9 raised the issue.

Instead, the Authority board directors fielded questions and concerns about other issues, such as incorrect billing, low water pressure, high water pressure, deposit for services, and more.

The board chairman led the meeting, but many of the different experts on the payroll of the Authority addressed customers when it pertained to their area of expertise. And, all board directors agreed unanimously when it came to resolutions for the situations presented.

For example, one water customer with knowledge of laying water pipes was experiencing too high a water pressure, so a technical expert sitting at the table who was affiliated with the Authority took time to physically draw on paper a solution and to explain it to the man who took his time to come to the Authority for help.

That customer, like all the others, were given all the time they needed to voice and vent. Yet, they were all treated respectfully by the board — and the customers were all respectful to the board directors.

Another customer, an elderly woman, was escorted by her adult daughter to seek help from the board in understanding why her water bill was twice as high as it should be — and had been for some time despite her low usage.

The board directors listened, asked good questions to best understand the possible causes, review the records available at the Authority, and give King Solomon-like solutions or answers. In the elderly woman’s case, the Authority determined she had been erroneously billed because the property used to have two running meters on it to accommodate two separate residences.

However, now the elderly woman was the only one occupying the property, so the Authority set in motion the process for returning overpaid monies to the water and sewerage customer.

One man came to seek assistance with an abnormally large water bill that an elderly neighbor woman had received, which he knew was a water use impossibility for her.

He said that the amount of gallons of water that her bill reflected would have meant her lawn would have been swimming in it, or her home would have been flooded. He said he checks on her frequently and had walked her property, inspected her home and pipes, and he was hard-pressed to find out where all that water could be.

He thought there might be a glitch in the computer system, but after the directors on the board asked a few questions, it was ascertained that his neighbor’s problem was one that could be explained another way, since it was a one-time occurrence and had not happened since that time.

The Authority agreed to check into it more, and since the customer had opted in to a special program they have which provides assistance for specific instances, the customer would qualify for that maximum $500 amount.

Out of every customer that brought their issue before the Authority on Tuesday night, all left thanking the directors for hearing them out and for assisting them with advice, information, credits — or all three.

And that even includes the man who raised an issue about how much he was paying as a deposit each time he had to pay to get his water turned back on after being turned off for nonpayment.

The directors and Authority staff helped him to understand it was return check fees, disconnect/reconnect fees and such that was increasing his cost when his water was disconnected for nonpayment and had to be turned back on, as the Authority only requires a one-time deposit payment of $75.

The Walker County Water and Sewerage Authority Chairman Shannon Whitfield told us during a break in the two-hour long meeting that the Authority wants to provide its service to its customers in the timeliest, least costly means possible.

The commissioner said that the Authority is making every effort to deliver clean water, at the right pressure, and with a billing system that is error-free.

Tuesday night they were willing to gather together and hear out all the customers that raised issues, regardless of how long it took their once-a-month meeting. But, the commissioner said that most meetings are not as actively attended as it was this month.

Jan Morris is assistant editor for the Catoosa County News in Ringgold, Ga., and the Walker County Messenger in LaFayette, Ga.

The Walker County Water and Sewerage Authority will meet Tuesday, Aug. 13, at the Authority's office, 4665 Happy Valley Road, Flintstone. The meeting is open to the public.

Italian town where Bryant played as a kid mourns — again