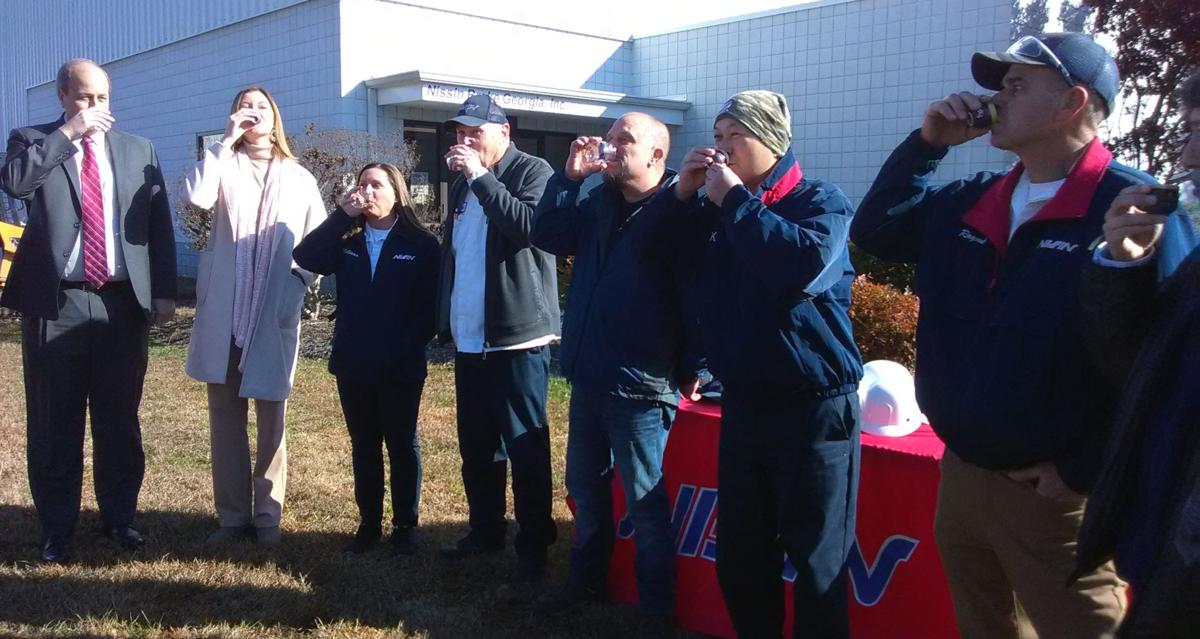 County leaders celebrate the expansion with the plant’s leadership over a cup of sake. 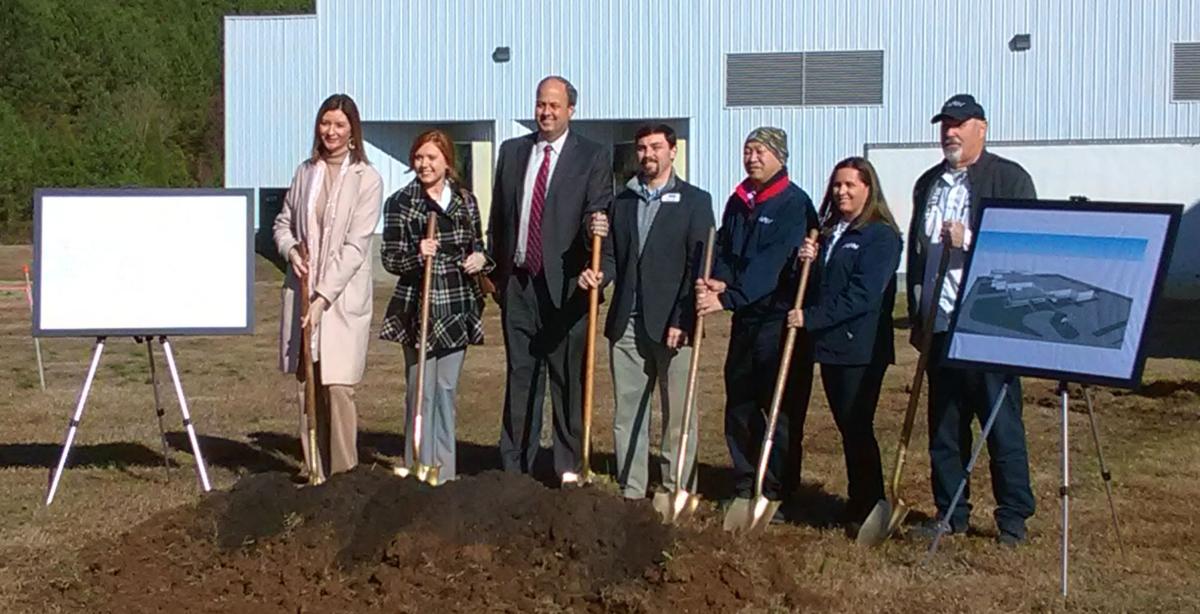 County leaders celebrate the expansion with the plant’s leadership over a cup of sake.

Nissin Brake Georgia Inc., at 216 Thacker Drive, hosted a groundbreaking for a 9,500-square-foot expansion that will house the company’s new break room and locker rooms.

The upgrades will allow Nissin to reconfigure its office space so that the offices will be clustered together, enabling the staff to utilize the space more efficiently while upgrading the locker rooms and washrooms, he said.

The expanded break room increased seating capacity by 90 to accommodate 700 employees and will include a patio.

Walker County Commissioner Shannon Whitfield congratulated Nissin’s leadership on the growth, commended their efforts to improve the working environment for employees and thanked them for the community service.

The expansion marks the company’s fourth since the plant broke ground in 2000 as Findlex.

Today Nissin manufactures approximately 13,000 Kunkle parts per day, Watton said. The company supplies Honda, Subaru and Club Car, a golf cart manufacturer; 80 percent of the products made are for Honda.

Parts are manufactured from start to finish. Nissin melts aluminum ingots received from Canada, casts the molten aluminum into parts, machines the parts, uses a press to install bushings and then readies the parts for shipment.

The warehouse currently contains machines that will enable the plant to X-ray all parts that ship to Honda, Watton said. Planned plant improvements include purchasing a new furnace in a few years.