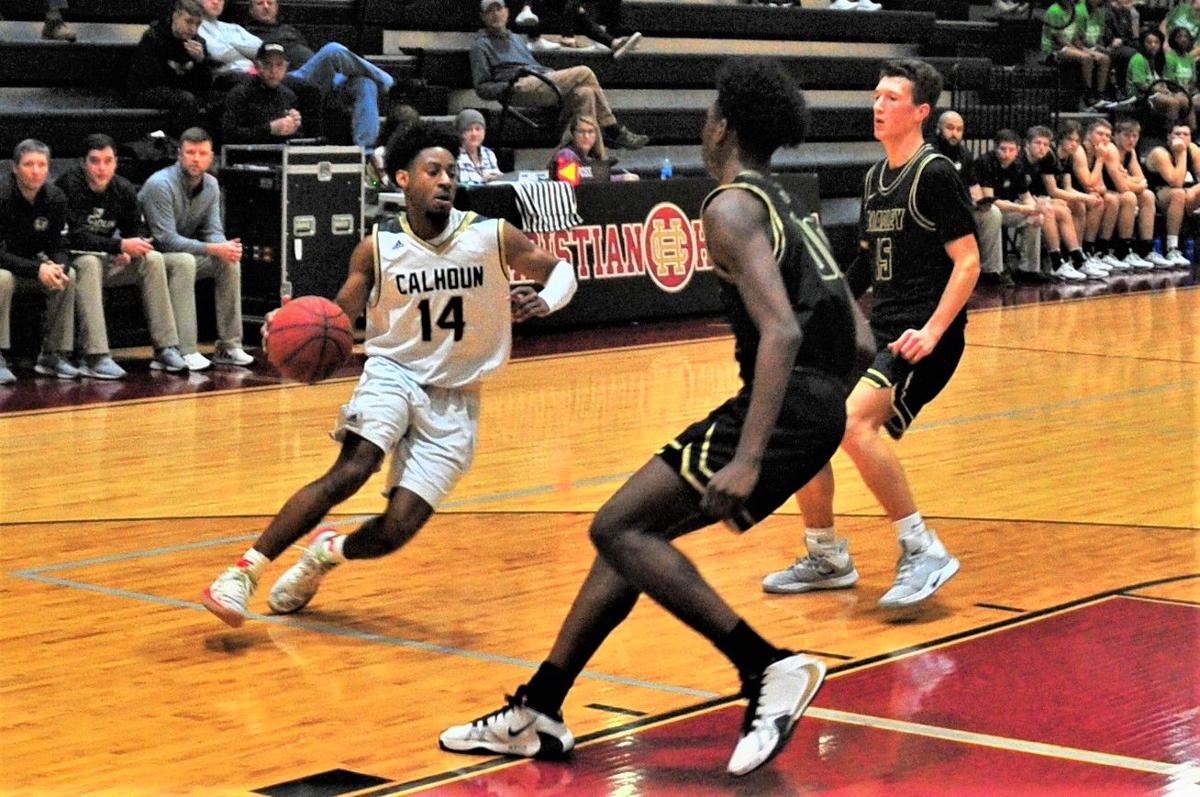 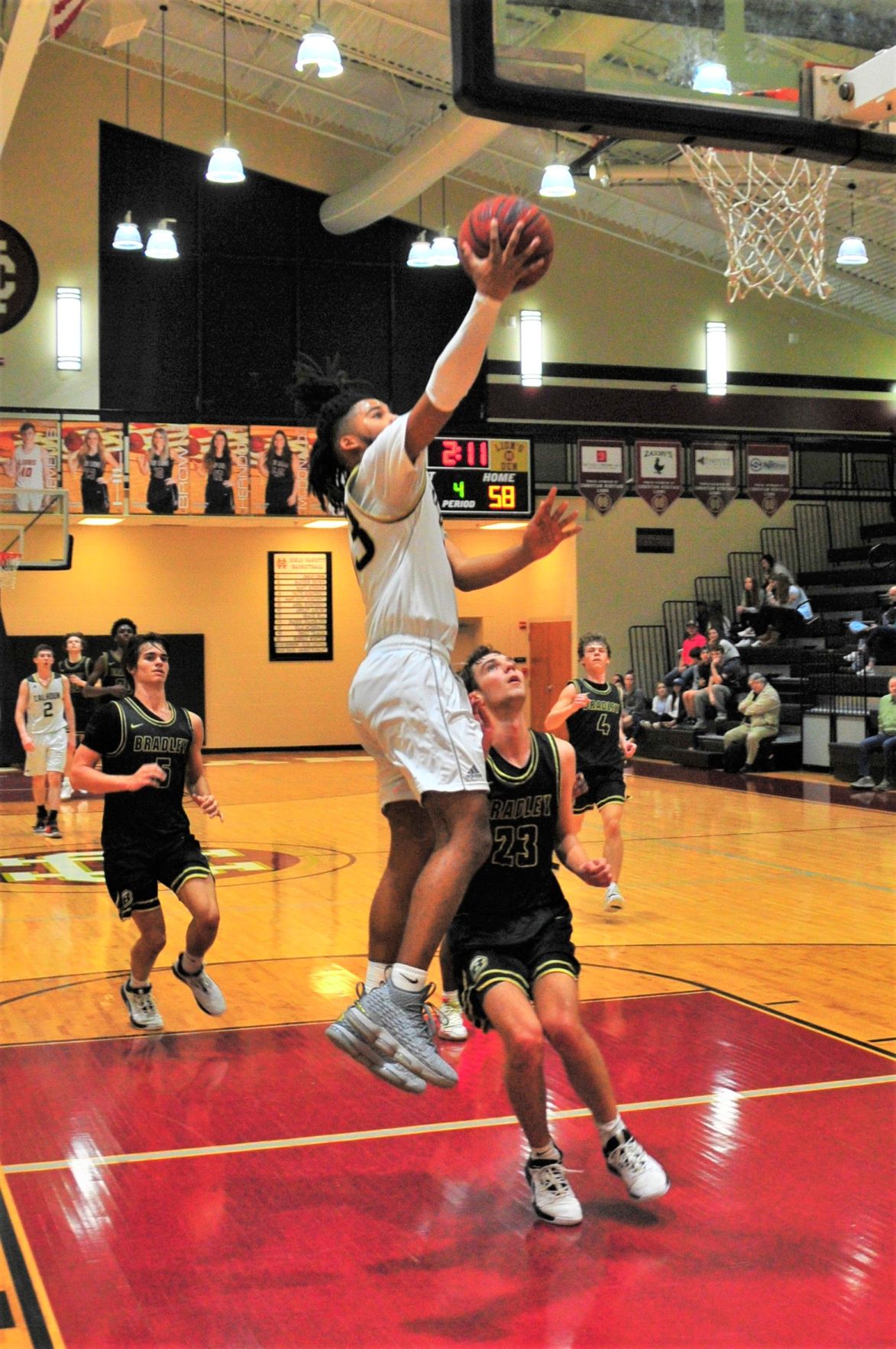 The Calhoun Yellow Jackets (9-3) closed out 2019 back in the win column after a come-from-behind 66-59 victory over Collegedale Academy (TN) in the final day of the Carpet Capital Christmas Classic at Christian Heritage School on Monday. Calhoun officially takes home seventh place in the classic after dropping the its first two tournament games.

“I was pleased with our second half effort,” Yellow Jackets head coach Vince Layson said. “It’s definitely a positive to win your last one (of the year). Not how we wanted the tournament to go, but I thought this game right here was a good experience, being able to play from behind (and) come out with a victory.”

Calhoun trailed 36-28 at the break, and Layson said there was a lack of energy on the court in the first 16 minutes.

“I just challenged their heart,” Layson said. “They’ve got the talent and the athletic ability, but they’re not playing with any heart. So we came out in the second, I told them I’m going to make you play, so we started pressing. We threw about three different presses at them. At that point, you’re either going to get on board or someone else is going to come take your spot. It ended up working out (as) we generated a little bit of energy off turnovers.”

Calhoun battled back strong in the second half, outscoring Collegedale 38-23. The Jackets had cut the deficit to one point after 24 minutes, then took control down the stretch in the fourth. Collegedale mustered just five points in the final quarter.

“Our message pregame was ‘mater the boring’ which is boxing out and knowing where your man is on defense,” Layson said. “We have not yet to do that for four quarters this year. Still in the second half, even though we made a run, there were a lot missed assignments on box-outs ... and I told them it’s all heart. It’s all effort.”

“He was our offensive spark,” Layson said on Boone. “Gage didn’t have his best night, and with those two being our leading scorers, he kind of picked up Gage’s slack a little bit which is what good teammates do. I thought he handled the ball well and made some good decisions down the stretch.”

The Yellow Jackets return to friendly confines temporarily with a home game against Coahulla Creek on Friday, but quickly hit the road for a matchup against the Lakeview-Fort Oglethorpe Warriors on Saturday. Saturday’s boys’ game at LFO is schedule for 7:30 p.m., immediately following the conclusion of the girls’ game.

“In the grand scheme of things, these games are just glorified practices,” Layson said on the tournament contests. “Our focus has got to turn up. A lot is on the line every night in region play. You want to be able to host the (region) tournament. You want to have an automatic bid into the state tournament.”