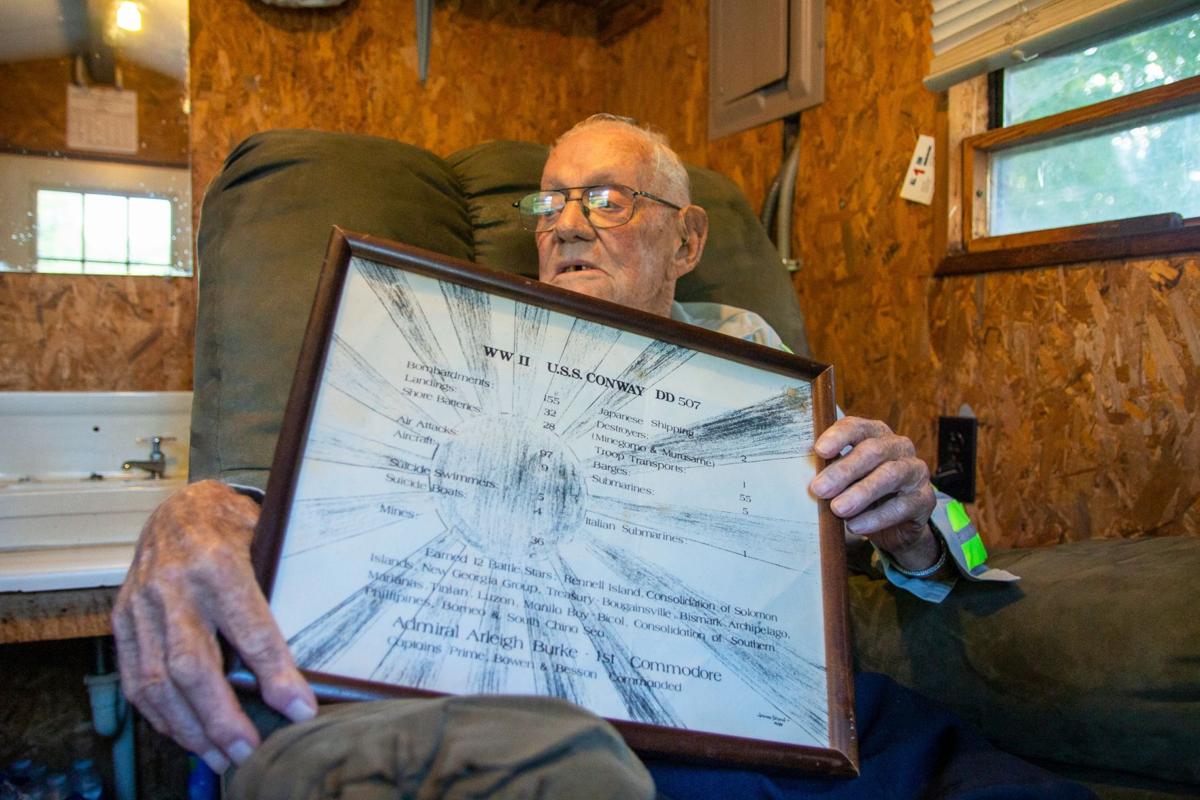 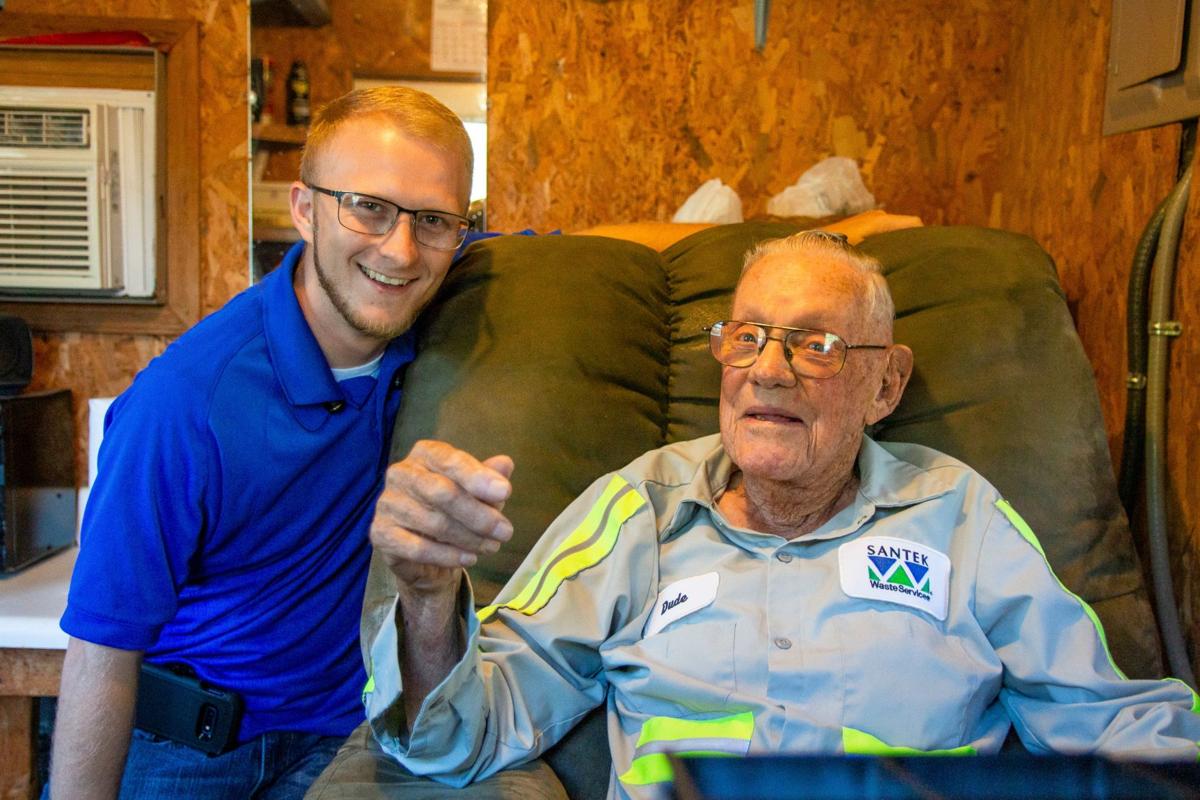 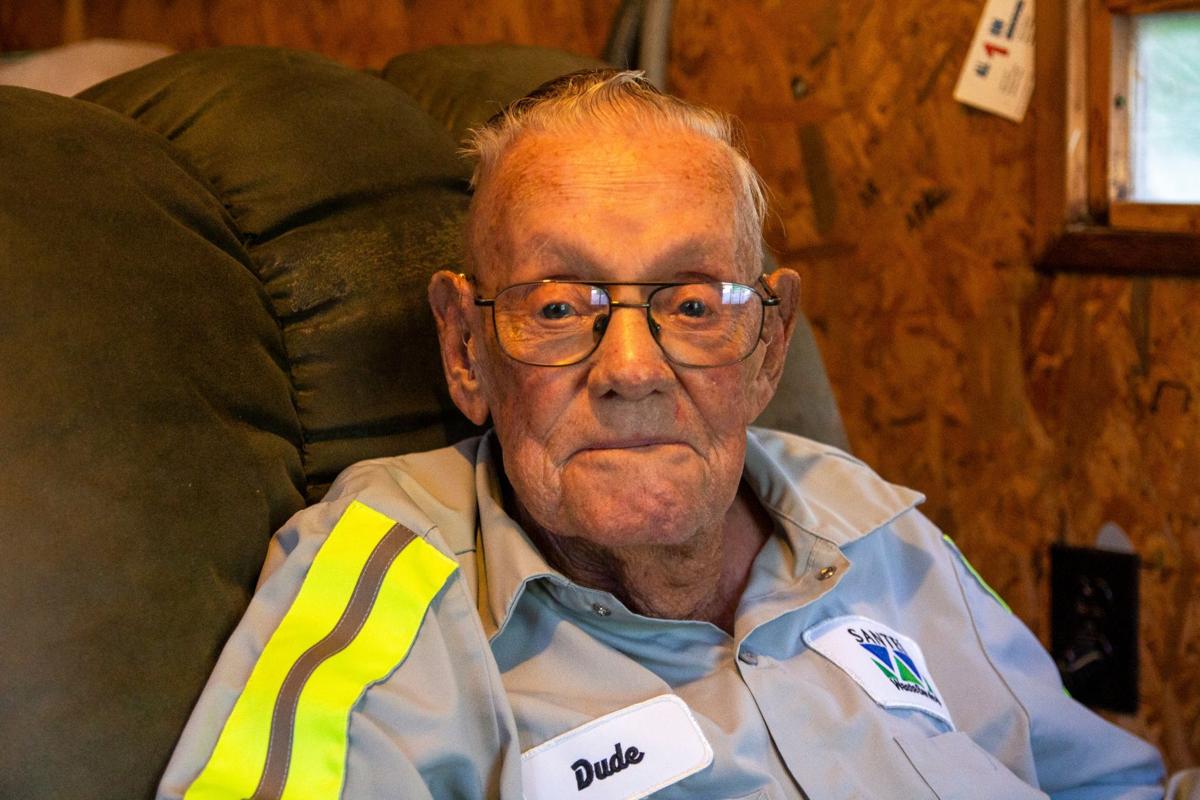 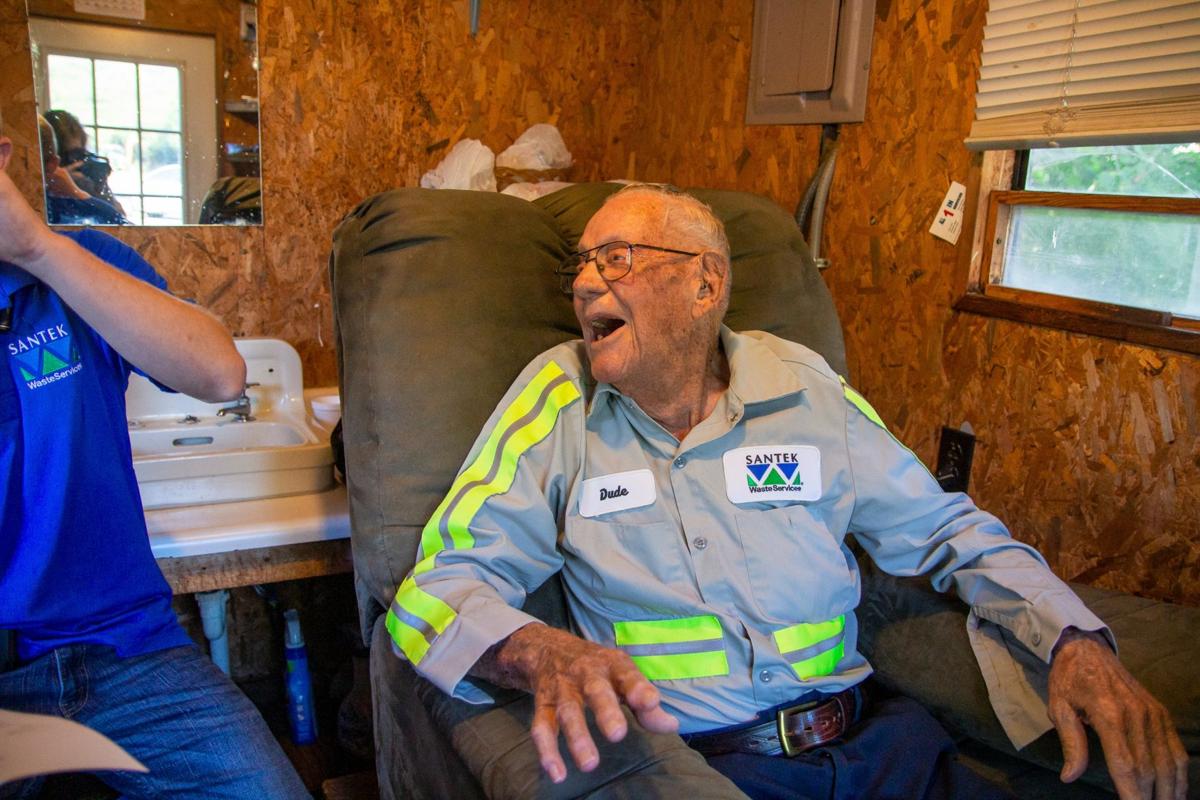 People have asked him what he wants to do now that he is retiring from Santek Waste Services. Each time, it makes 98-year-old Theodore “Dude” Bailey laugh.

“If I wanted something to do, I’d keep working here. I have the best job in all of Gordon County,” he said.

When pressed about how he’ll spend his newly-acquired free time, he answered simply: “I’ll probably do yard work and relax and go to church, and I’ll drive around some too.”

Bailey’s history in Gordon County is long and storied, but it begins with a tale not unfamiliar to many in his generation. In 1942, at the age of 21, the Plainville native joined the United States Navy to fight in World War II.

He worked as a hot shellman aboard the USS Conway, a Fletcher-class destroyer, for nearly three years under the leadership of Admiral Arleigh Burke. During his tour, Bailey participated in 97 air attacks, 32 landings, 28 shore batteries, 155 bombardments and the destruction of nine aircrafts.

He received an honorable discharge in 1945 and returned home to Georgia, where he worked at the Burlington Mill in Shannon. Later, he took a new job at the OJ Mills in Calhoun.

He retired from the textile business after 25 years, but — in typical Dude fashion — could not find peace sitting at home with nothing to do. In November of 1987 he was hired by former Gordon County Solid Waste Superintendent Johnny Poole to work at the Gordon County Convenience Centers.

“When Santek took over for the county, they got me too, I guess,” he said with a laugh.

“Sometimes,” he joked, “People grumble about that last part.”

For the most part, though, people don’t grumble when they see him. Bailey’s longevity has made him a favorite, familiar face for those frequenting Gordon County’s convenience centers. Calhoun insurance agent Ron Hall, who Bailey fondly calls “the insurance man,” is one of the visitors Bailey will miss most.

“He brought me some vegetables for my birthday. I kept the box he brought them in, but I ate the vegetables already. They were pretty good,” Bailey said.

His 98th birthday was on Monday, but he celebrated with friends and family on Sunday at Oostanaula Baptist Church. It is a tradition that dates back to when he was just 25 years old.

“We would all get together every year on the Sunday closest to Aug. 11. As the years passed and our families grew, we moved the celebration from the house to the church,” Bailey said. He has been a member at Oostanaula since he was 12.

Bailey was married to his wife, Ruth Nesbitt Bailey, for 60 years. She died in 2008 but remains the love of his life. His family includes his daughter and son-in-law Sandra and L.C. Falls; son and daughter-in-law Rod and Joan Bailey; granddaughter Shireen Howard; and four great-grandchildren.

Santek Environmental President Tim Watts will present Bailey with an award at the company’s annual award ceremony in September.

New Jersey Rep. Andy Kim narrowly flipped a Trump district in 2018. It could be just as close this year

UK looks to fast-growing Africa for trade ties after Brexit