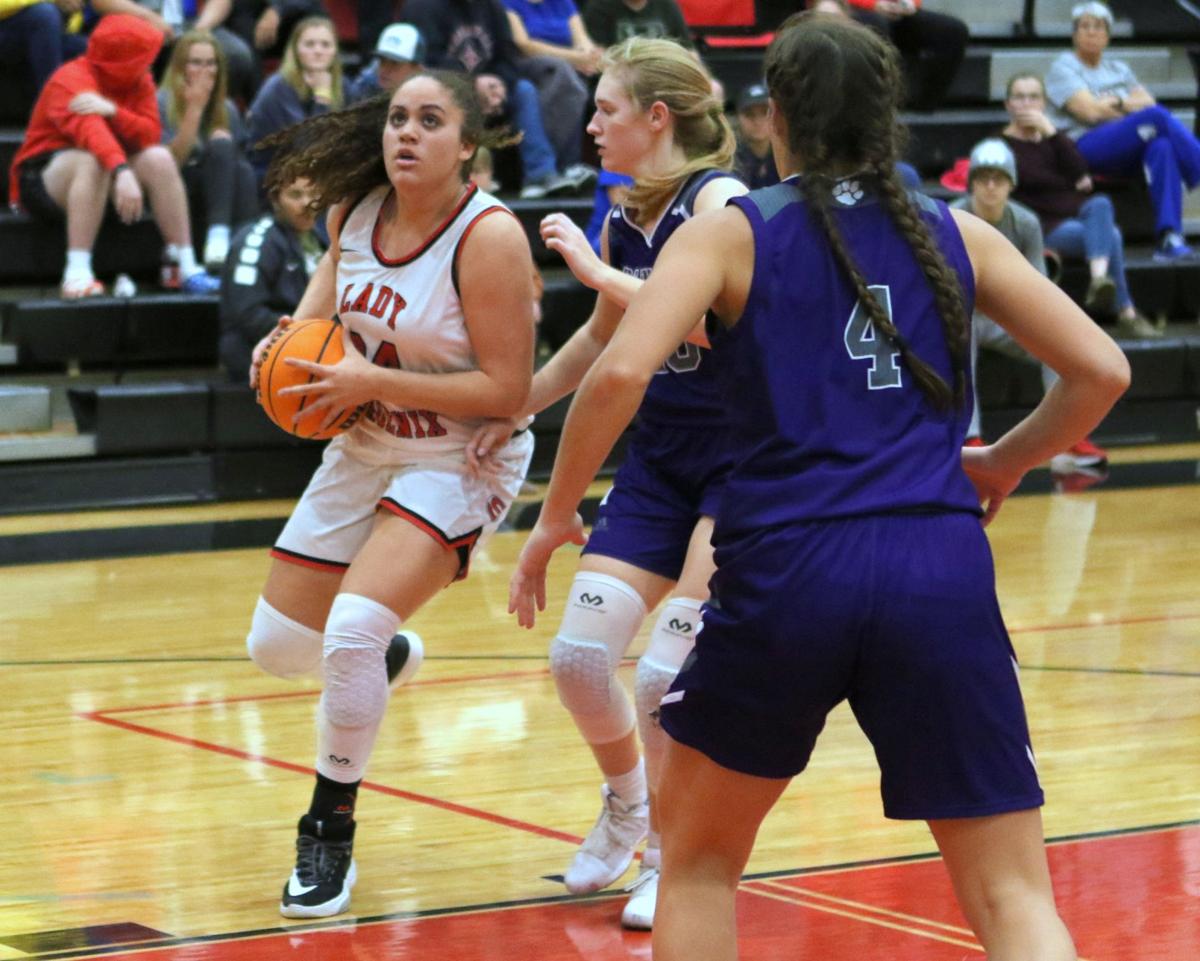 Sonoraville senior Maliyah Parks drives to the net against the Darlington Tigers at Sonoraville High School on Tuesday, Dec. 3. 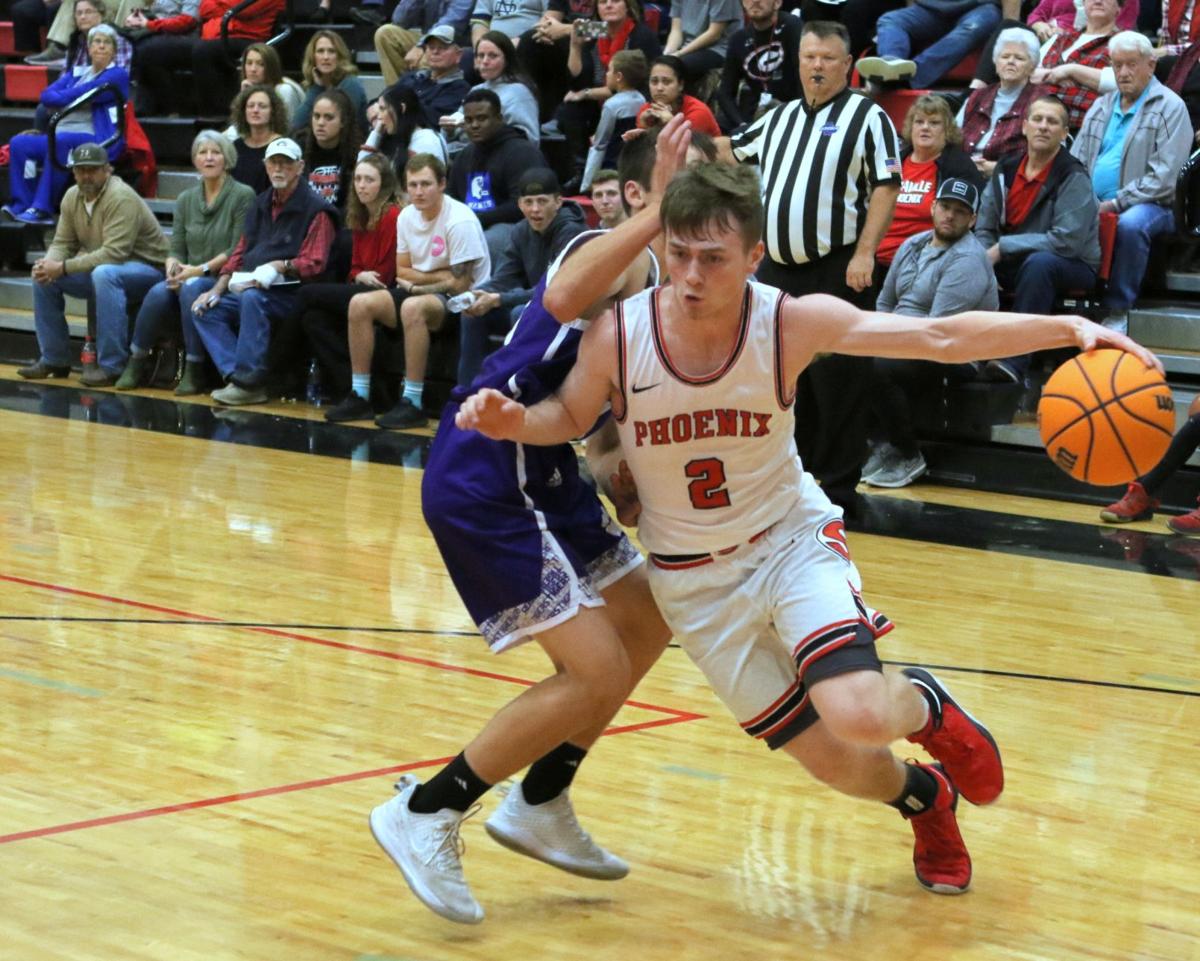 Sonoraville junior Orry Darnell makes a run to the hoop against the Darlington Tigers at Sonoraville High School on Tuesday, Dec. 3. 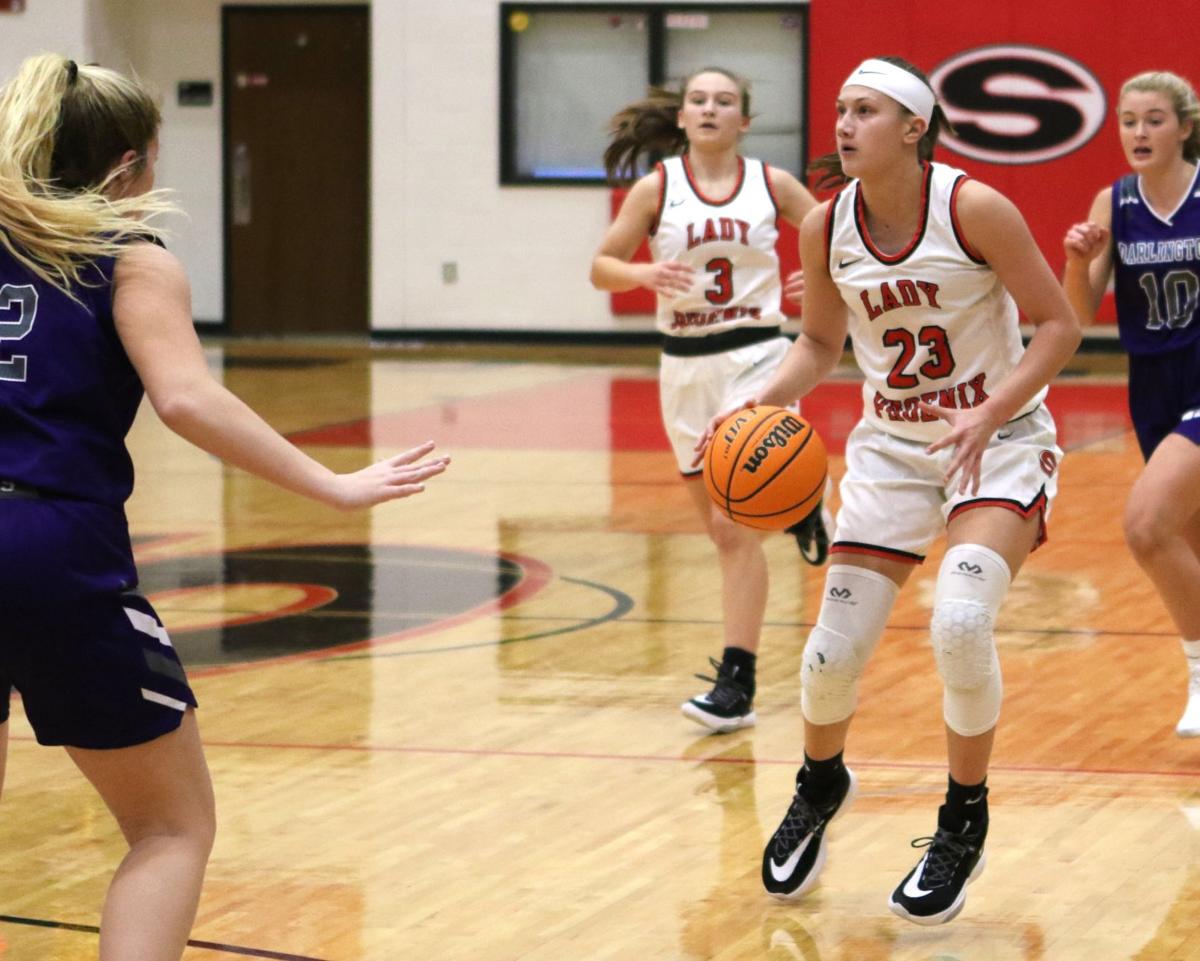 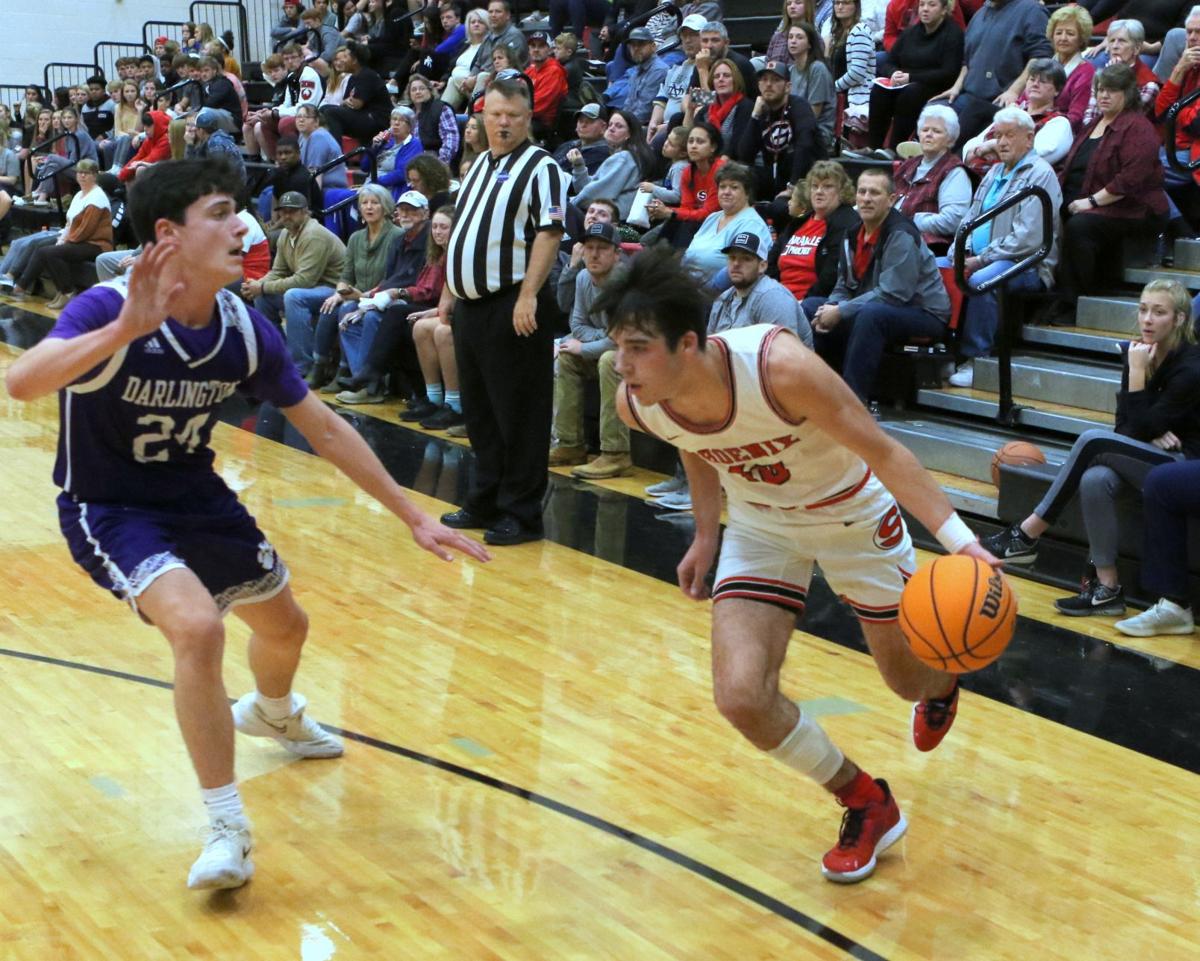 Sonoraville senior Maliyah Parks drives to the net against the Darlington Tigers at Sonoraville High School on Tuesday, Dec. 3.

Sonoraville junior Orry Darnell makes a run to the hoop against the Darlington Tigers at Sonoraville High School on Tuesday, Dec. 3.

The Sonoraville Phoenix picked up victories on the court over the Darlington Tigers Tuesday at Sonoraville High School.

Sonoraville hit the ground running, going up 23-9 after eight minutes. By halftime, the Lady Phoenix held a 42-18 edge over the Lady Tigers and never looked back.

“We had a really good first half and its always nice (as) this is our first real game at home on our floor, so the kids were excited about it,” Lady Phoenix head coach Stephanie Caudell said. “That’s a good team we played. I think to be able to control the game early was important because they’ve got some good players and I think they’re going to have a good season.”

Sonoraville’s lone senior on the girls’ roster, Maliyah Parks, contributed in a big fashion to her team’s 22-point triumph on home court. Parks dropped 21 points, including 15 in the first half, to pace the squad.

Parks was a constant presence in the paint, scoring all but five points from field goals inside the arc.

“Maliyah’s so consistent,” Caudell said. “She’s our most consistent player and night in and night out, we know she’s going to bring intensity and effort. I’m glad she’s on my team. She’s gotten better and better every year.”

The second half saw much more balance on the scoreboard. Caudell said there was a lot less press defense in the final 16 minutes.

“(Darlington) stopped pressing ... and we didn’t press as much, which slowed down the pace of the game,” Caudell said. “It’s going to make for a wide-open game and some easy looks at the basket. They tightened up their defense for sure in the halfcourt.”

“I thought we got a lot of contributions out of a lot of players which is good for us,” Caudell said. “For all 13 to get in there and to do some good things, I think that can only help us going forward.”

“I think we always know who scores the points, but we don’t always notice who’s doing that,” Caudell said. “She’s a high-quality player for (Darlington) and I thought Abby did an excellent job.”

The Lady Phoenix move to 3-2 (as of this writing) and now turn their attention to Region 6-AAA play. Their first opponent: cross-town rival Calhoun Thursday night at The Furnace.

Much like the girls game, the Phoenix followed a similar script.

Junior Orry Darnell paced the Phoenix with 20 points as the team rode a 48-point first half to shore. At the break, Sonoraville led 48-19.

“It was good to see us come out with energy and play well early,” Phoenix head coach Brent Mashburn said. “We attacked the basket and got really good shots. The key to us is competing on every possession and, offensively, having that mentality to attack.”

Darlington closed the gap to 14 points (59-45) at the end of the third quarter, but the Phoenix quickly reasserted themselves early in the final quarter, quashing any aspirations of a comeback.

“(Darlington is) going to come out and they’re going to be ready to fight after the first half they played, so you’ve got to give them a lot of credit for the way they ... brought the fight to us,” Mashburn said. “In the end, our guys responded extremely well and finished it off.”

“I thought we did move the ball extremely well, and that’s what I told them at halftime,” Mashburn said. “Instead of taking the tough, contested shot, we were willing to make the extra pass and get the easy one. When you get going and guys start sharing the ball, it makes it real hard to guard.”

Defense was also on full display up and down the court. Sonoraville stayed aggressive on the ball, creating turnovers and steals which made a significant contribution in the team putting 84 up on the scoreboard.

“I thought we did some good things on both ends of the floor,” Mashburn said. “If we can keep our energy up and play with an extreme amount of effort, that makes it a whole lot easier.”

The Phoenix open up region competition with the Calhoun Yellow Jackets visiting The Furnace Thursday.

“Our kids are ready to roll,” Mashburn said. “You don’t have any choice when you start region play as quickly as we’re going to start it. Those (region) games do, in the end, matter just a little bit more, so you better get it figured out in a hurry and come ready to play.”