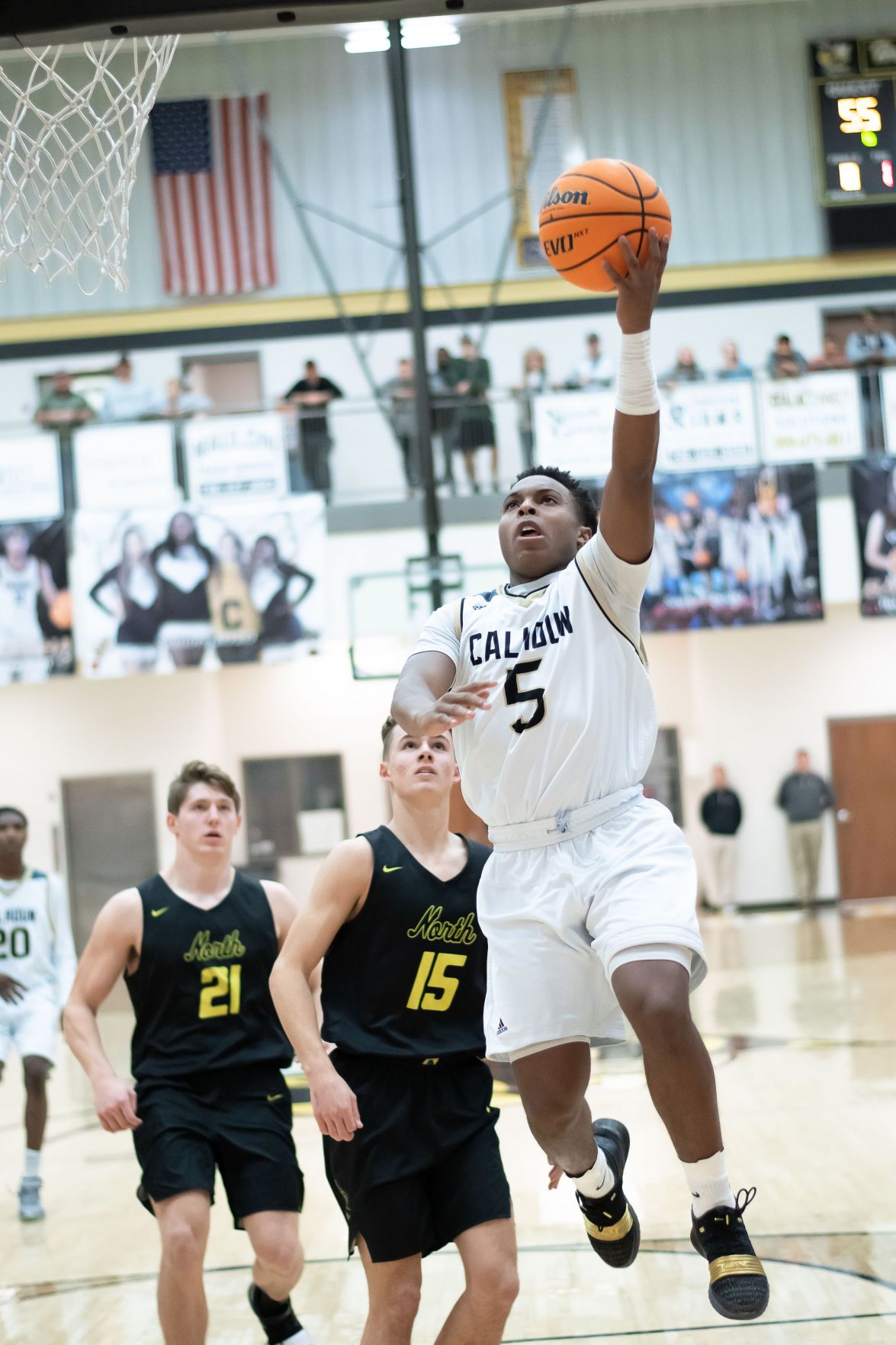 Calhoun sophomore Christopher Lewis tries for a layup during the Yellow Jackets’ game against the North Murray Mountaineers at Calhoun High School on Tuesday, Jan. 7. 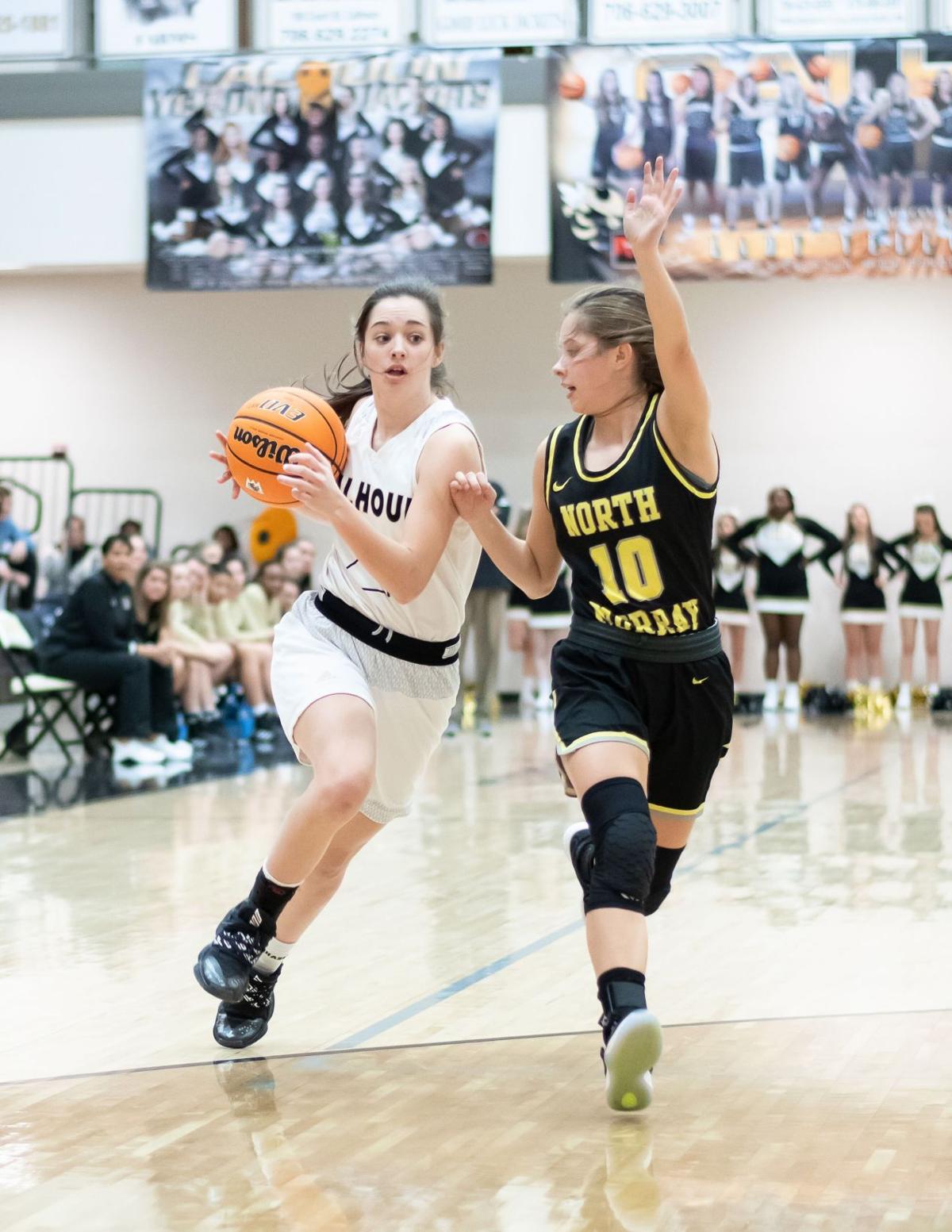 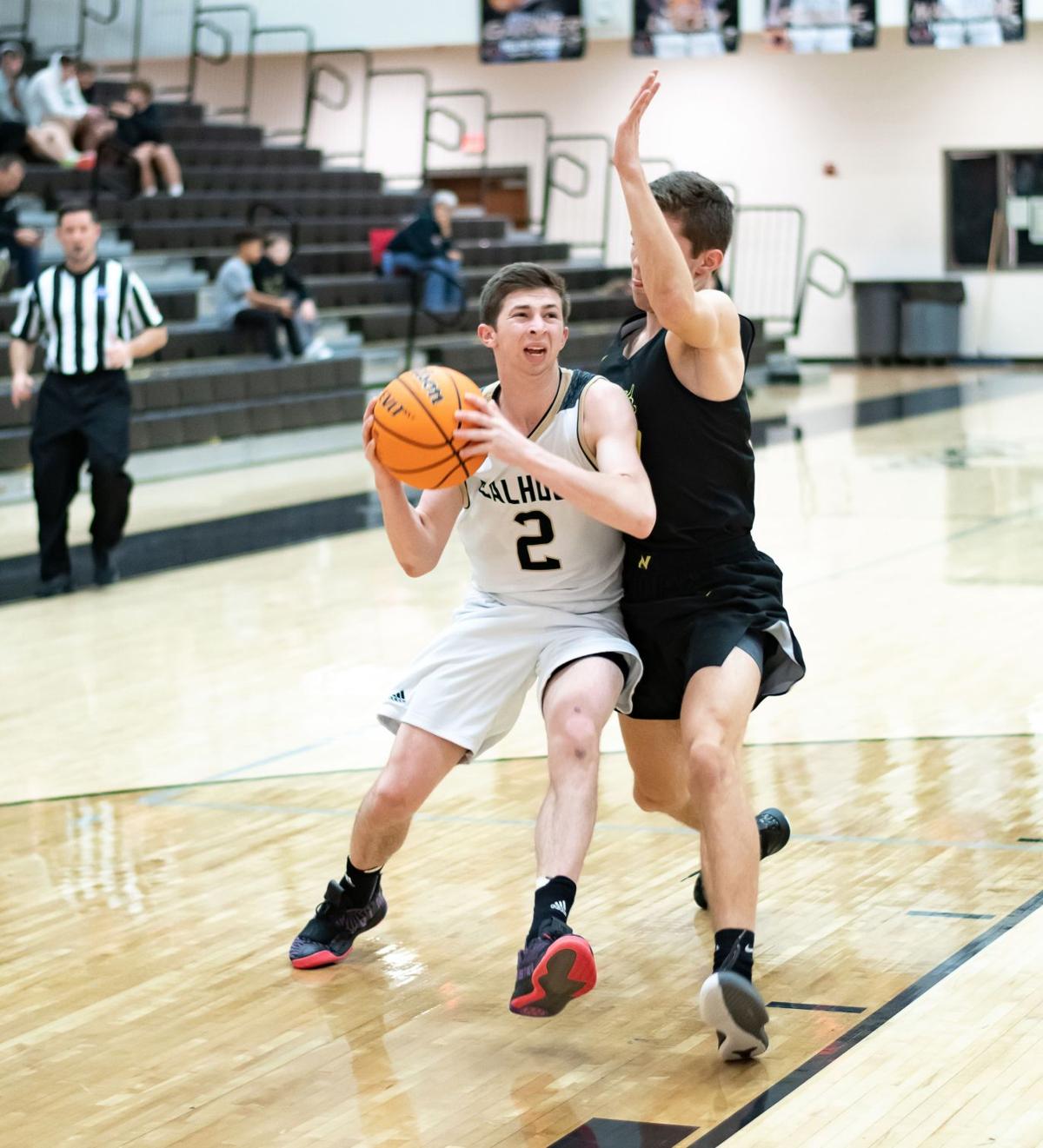 Calhoun senior Gage Maffetone drives to the net during the Yellow Jackets’ game against the North Murray Mountaineers at Calhoun High School on Tuesday, Jan. 7. 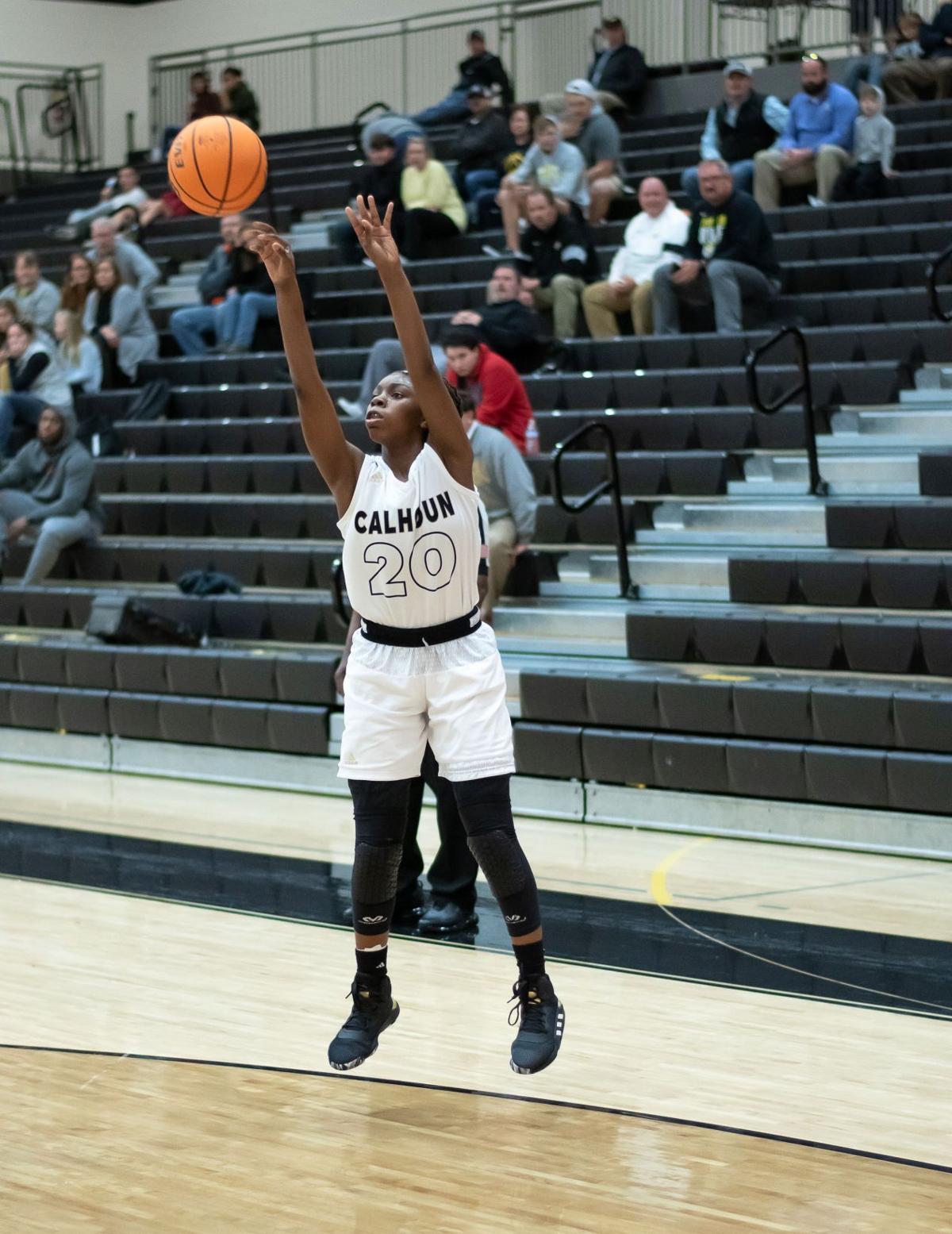 Calhoun sophomore Christopher Lewis tries for a layup during the Yellow Jackets’ game against the North Murray Mountaineers at Calhoun High School on Tuesday, Jan. 7.

Calhoun senior Gage Maffetone drives to the net during the Yellow Jackets’ game against the North Murray Mountaineers at Calhoun High School on Tuesday, Jan. 7.

Calhoun and North Murray typically give the fans a competitive battle. And that’s exactly what went down Tuesday night at The Hive.

Unfortunately for the home fans, they witnessed a North Murray sweep of the Jackets in varsity basketball. The Lady Jackets lost 56-48 in the girls game and the Yellow Jackets fell to North Murray in overtime 55-49.

In a tightly contested matchup, North Murray outlasted Calhoun in the fourth quarter to win its seventh game of the season.

“We played a pretty good game up until about two minutes ... left in the third,” Lady Jackets head coach Jaime Echols said. “For whatever reason, (we) didn’t play our best defensively, and sometimes, the basketball gods get you there if you’re not playing good defense.”

North Murray started the game red hot shooting beyond the arc, knocking down six three pointers in the first half.

“Our whole thing scouting-wise was we didn’t want them to penetrate the lane,” Echols said. “They’re good about getting to the basket. That opened up the three for them. It kept them in the game early, that’s for sure.”

At one point, the Lady Jackets maintained a seven-point edge in the third quarter (39-32). However, North Murray would score five unanswered to close the third, then outscore Calhoun 19-7 in the final 8 minutes.

“You have some breakdowns on the defensive end, you tend to try to force things and panic a little bit on the offensive end,” Echols said. “I think that was a big part of us in the third and fourth quarter. I probably should’ve called a timeout, come up with a better plan and relax them a little bit. That’s probably on me more than it is them.”

Blown lead and the OT

How did the game slip away? That is the question Calhoun will need to address after witnessing a 42-35 lead with 1:45 remaining in the fourth quarter evaporate and eventually lose by six in overtime.

“We just didn’t finish,” Yellow Jackets head coach Vince Layson said. “I thought we played a great game for 30 minutes and the last two was about as big of a meltdown as we could have. We make a couple of crucial turnovers, (North Murray) hits a couple of big shots, got to the free throw line like they needed to. We’re a good ball team, we just don’t know how to finish.”

Calhoun scored just two points in the final 1:45 of regulation and the scoreboard adjusted to 44-44 after four quarters. In the four-minute overtime session, the Yellow Jackets did not manage points until over halfway through.

“They got to the free throw line,” Layson said. “The foul count wasn’t in our favor for the longest (time), which kind of got them back in the game. We knew in overtime, we’re thinking whoever scores first is probably going to win the ballgame.”

The Yellow Jackets held the lead for most of the contest, with signs pointing toward their 11th win of the season. However, the Mountaineers’ tenacity and grit spurned the late-game comeback.

“We’ve had a good rivalry with them,” Layson said. “The fans are into it, the players are into it.”

Calhoun is now on a two-game region losing streak and has lost four of its previous six contests.

“We’ve got to figure something out as a coaching staff to where we can finish late and figure out what kind of offense we need to be in,” Layson said. “When we go into a stall or hold offense, we either turn the ball over or we don’t make the crucial free throws that we need to make. A lot of that is remedied in practice (with) repetition. We’ve got to do a better job of getting prepared.”

Senior Gage Maffetone led the way with 18 points. Fellow senior Caleb Boone recorded 12 points, including 10 in the second half.

“I thought Gage did a good job running the offense and getting people where they were supposed to be,” Layson said. “We executed a game plan. We were able to limit their possessions (and) we were able to extend our possessions longer than what we’ve been doing the last few games. We put some new stuff in the past couple of days and he executed at a high level.”

Despite the loss, Layson said he was encouraged by how his team played for the first 30 minutes.

The Jackets are off until Friday night when they head to Murray County High School to battle the Indians. The Lady Jackets/Lady Indians contest will tip off at 7 p.m., immediately followed by the boys’ game at 8:30 p.m.

Biden says video released by Sanders campaign is ‘a lie’