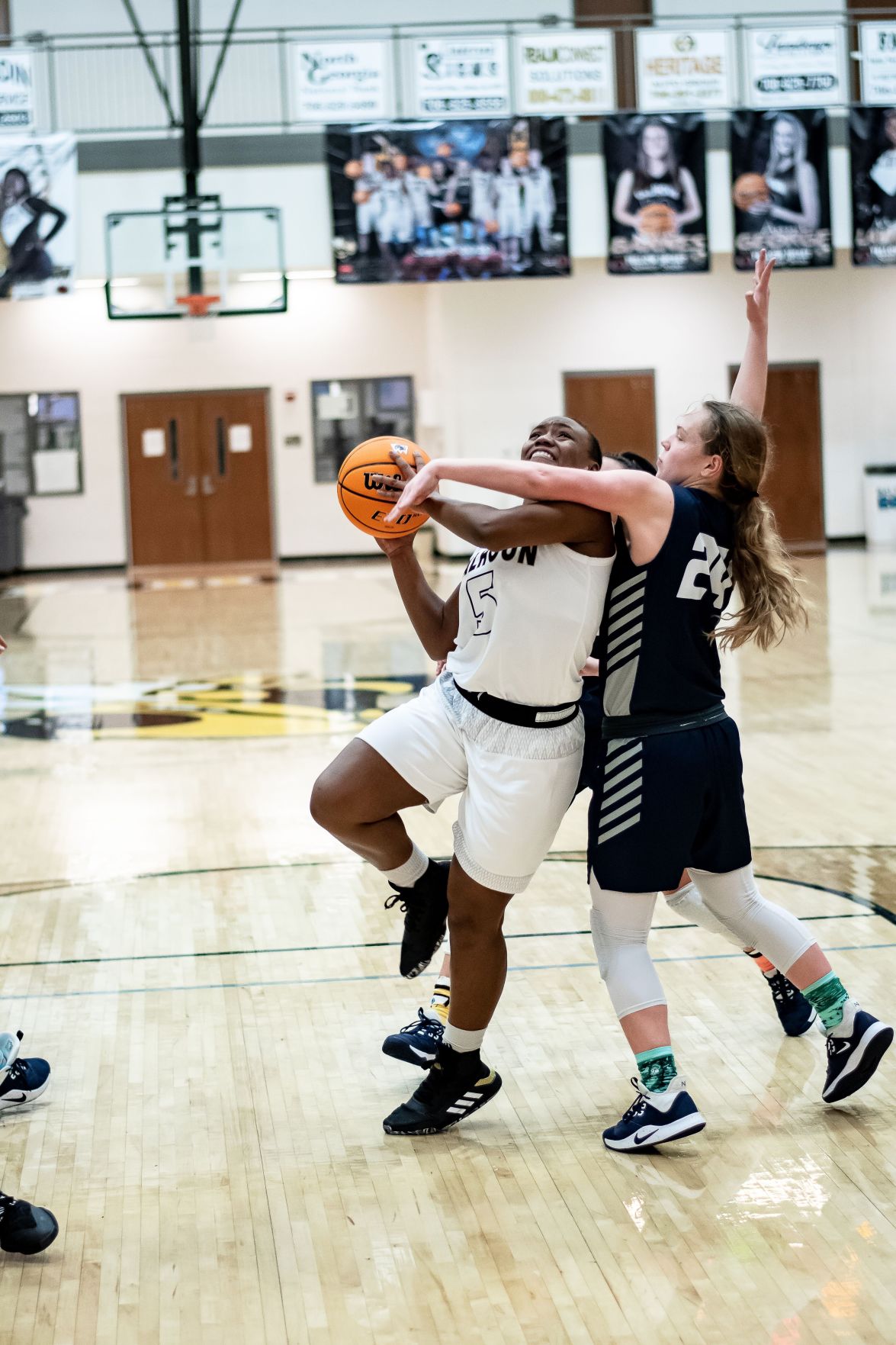 Calhoun sophomore Malysha Winston fights for a shot inside the paint during the Lady Jackets’ game versus Coahulla Creek at Calhoun High School on Friday, Jan. 3. 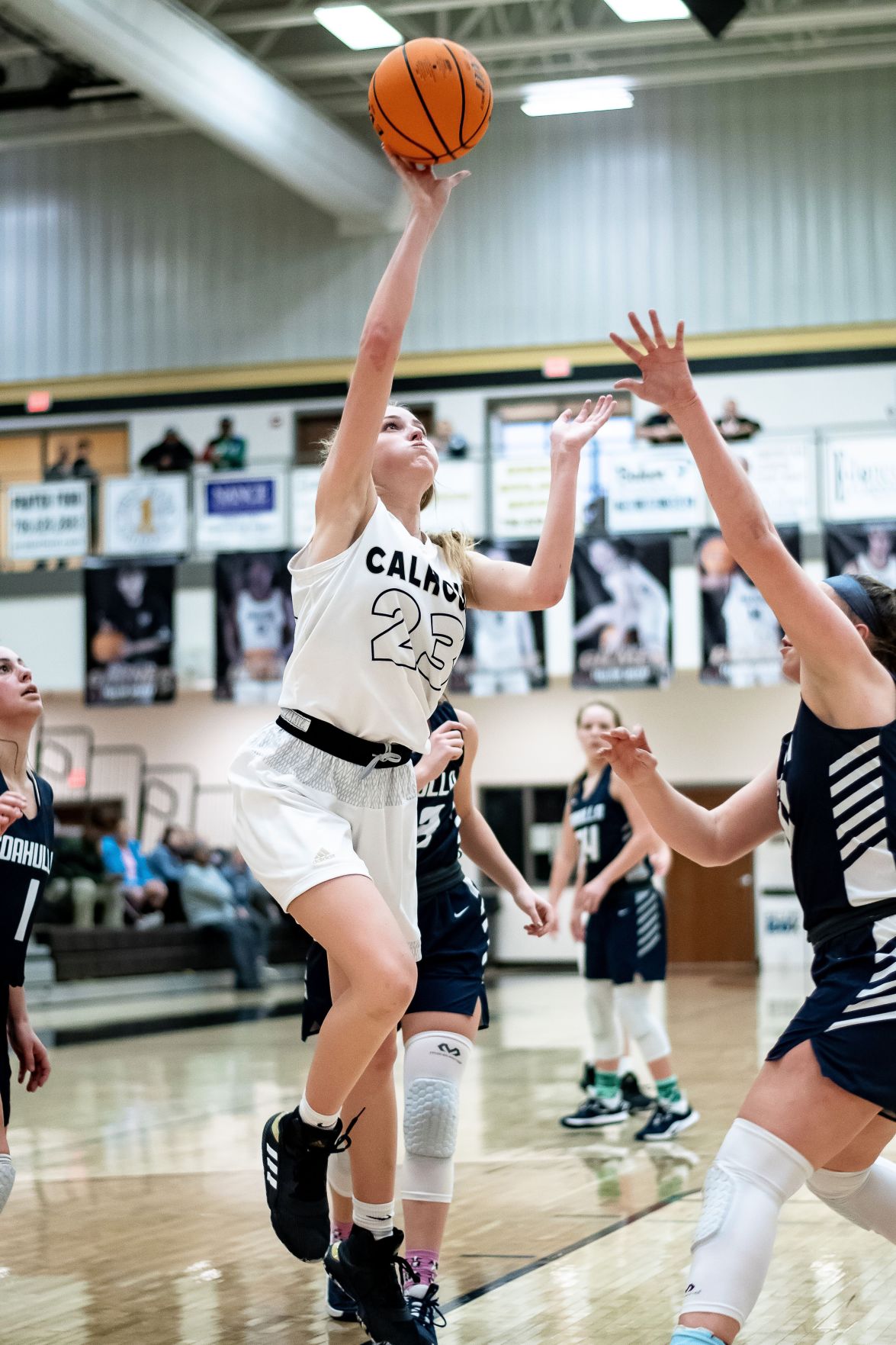 Calhoun senior Anna George goes for the layup during the Lady Jackets’ game versus Coahulla Creek at Calhoun High School on Friday, Jan. 3. 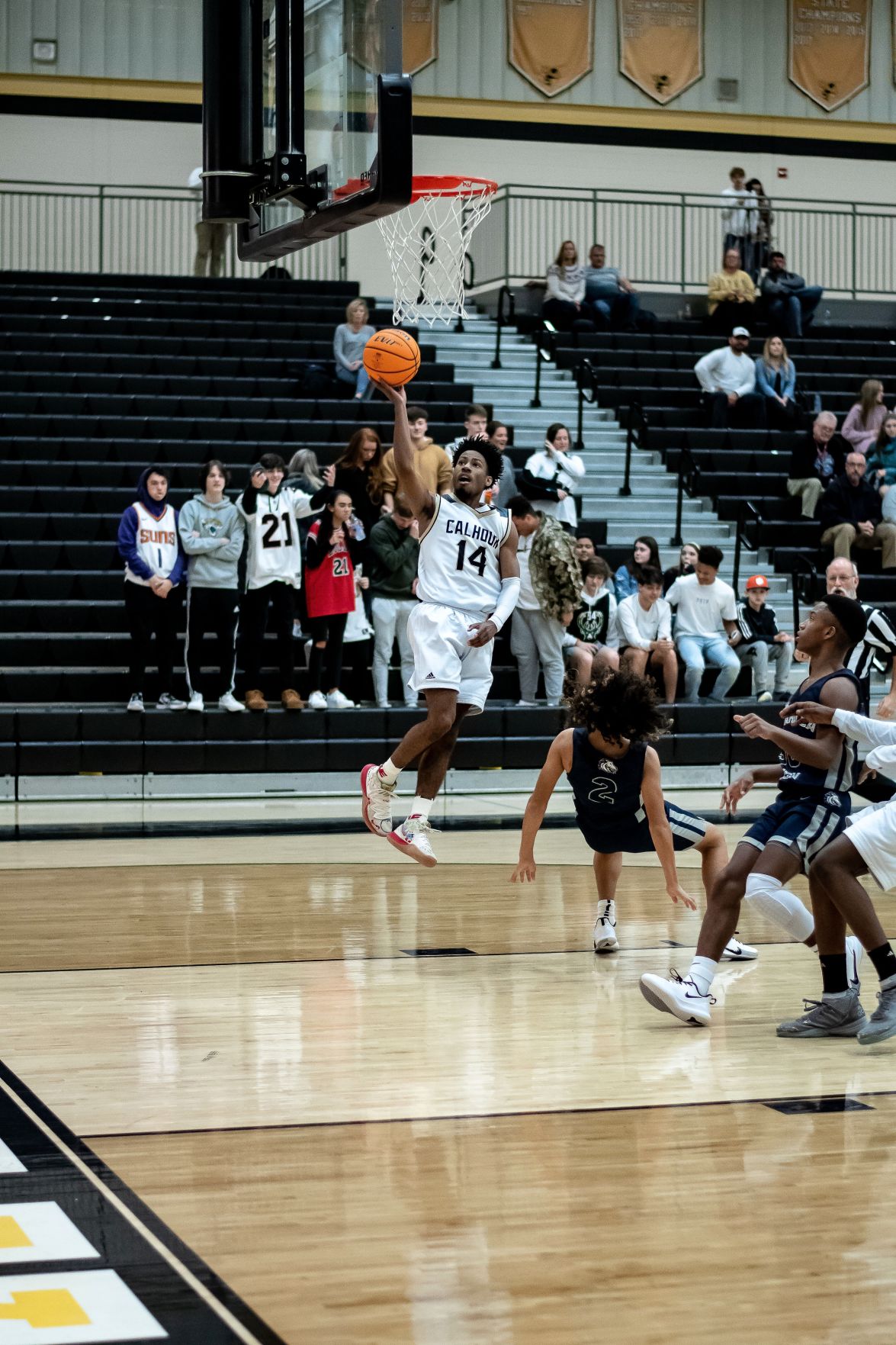 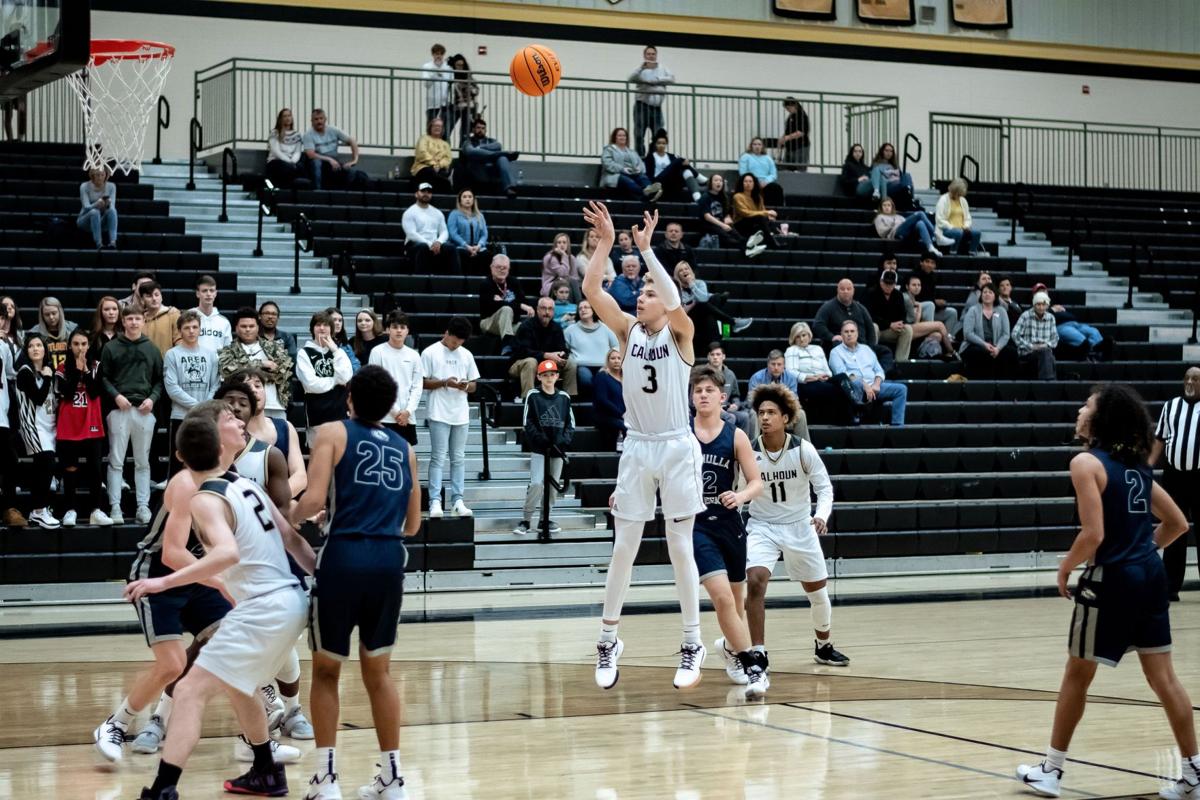 Calhoun sophomore Malysha Winston fights for a shot inside the paint during the Lady Jackets’ game versus Coahulla Creek at Calhoun High School on Friday, Jan. 3.

Calhoun senior Anna George goes for the layup during the Lady Jackets’ game versus Coahulla Creek at Calhoun High School on Friday, Jan. 3.

The Calhoun Yellow Jackets split a home contest with the Coahulla Creek Colts. The Lady Colts rallied in the fourth quarter to defeat the Lady Jackets while the Yellow Jackets started strong and held on for a regional victory.

The Calhoun Lady Jackets fell to the Coahulla Creek Lady Colts 51-44 Friday afternoon at Calhoun High School. Calhoun started out ahead, but perhaps the biggest story of the night was freshman Britiya Curtis going down with an ankle sprain with less than a minute before halftime. Curtis did not return to the game.

Curtis has been a reliable catalyst for the Calhoun offense, showcasing ability to create offense in transition and knock down critical shots, both at the rim and beyond the arc.

After Curtis’s exit, Calhoun struggled to contain the Lady Colts and were subsequently outscored 31-20 in the second half. Senior Anna George led the Lady Jackets scoring-wise with 15 points, 10 of those coming in the final 16 minutes.

Nine players contributed to the scoreboard in the seven-point loss.

Despite Curtis’s injury, she returned to the court Saturday night against the Lakeview-Fort Oglethorpe Lady Warriors, albeit “not 100%,” according to a text message from Lady Jackets head coach Jaime Echols. Echols noted Curtis had no limitations in Monday’s practice and expected her to be good to go for Tuesday’s Region 6-AAA matchup with North Murray.

Yellow Jackets hold on for victory

“I thought we did pretty good defensively for the most part,” Yellow Jackets head coach Vince Layson said. “We got some deflections and turnovers (early). (But) Our turnovers are killing us right now. I think we’ll rebound from this and we’ll get better.”

The Yellow Jackets stormed out of the gates, running up a 15-1 advantage. The momentum seemed to be firmly in the Jackets’ hands.

“We were able to press them early,” Layson said. “We got some deflections and turnovers. We played the right way in the first quarter, just weren’t able to do it for all four.”

As Layson eluded, Calhoun never could put the game away early, struggling to convert on the offensive end in the latter 24 minutes. Layson said Coahulla Creek dictated the tempo from the second quarter on.

“They had long possessions, and when they did score, … we would go down and turn it over,” Layson said. “When they have possessions that are that long and you follow them up with a turnover after they scored, it’s almost like they scored double on you.”

Layson said he attributes the mistakes to a lack of focus and poor decisions.

Calhoun also struggled at the free throw line, shooting just 30% (3-10). With less than a minute to play in the fourth quarter, Martha hit a free throw for Calhoun’s 41st point, creating a wide-enough gap to secure win No. 10 on the 2019-20 season.

“I try to keep it positive in the locker room,” Layson said. “There’s ebbs and flows and highs and lows and we’re going through a bad spot, but we can always rebound and start playing the right way. You can only make so many mistakes before you keep repeating them so I think we’ll break out of it.”

On Saturday night, Calhoun fell to Lakeview-Fort Oglethorpe 65-51. It was the Yellow Jackets second region loss of the year.

After Tuesday night’s home showdown with regional power North Murray (10-5, 6-0 Region 6-AAA), the Jackets head to Murray County Friday to face the Indians. Tipoff for the Lady Jackets is scheduled for 7 p.m., immediately followed by the boys’ game at 8:30 p.m.

“Obviously, these are huge games for us,” Layson said. “You’re not always going to be playing at the top of your game, but as long as … come tournament time, if you’re peaking and playing the right way … everything else goes out the window.”