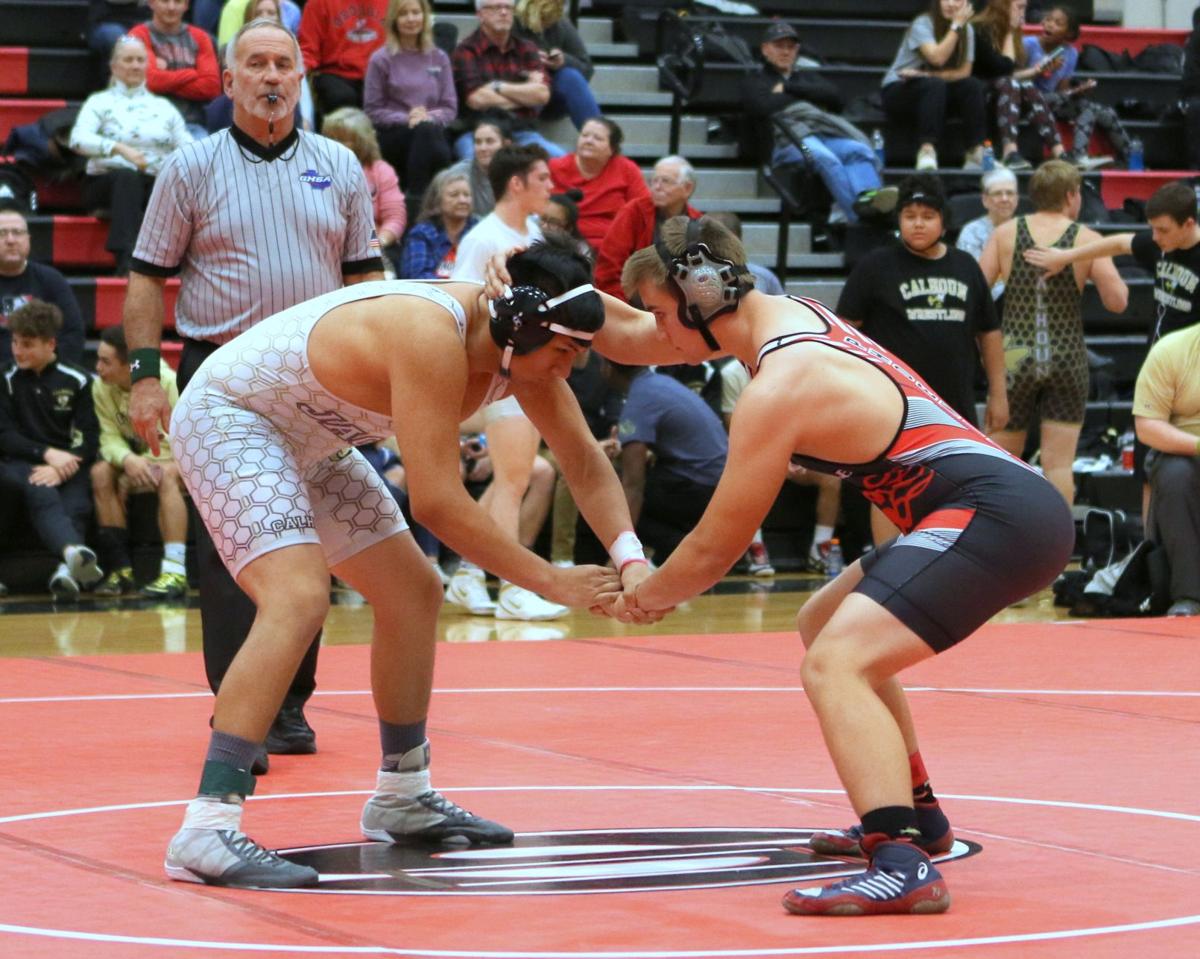 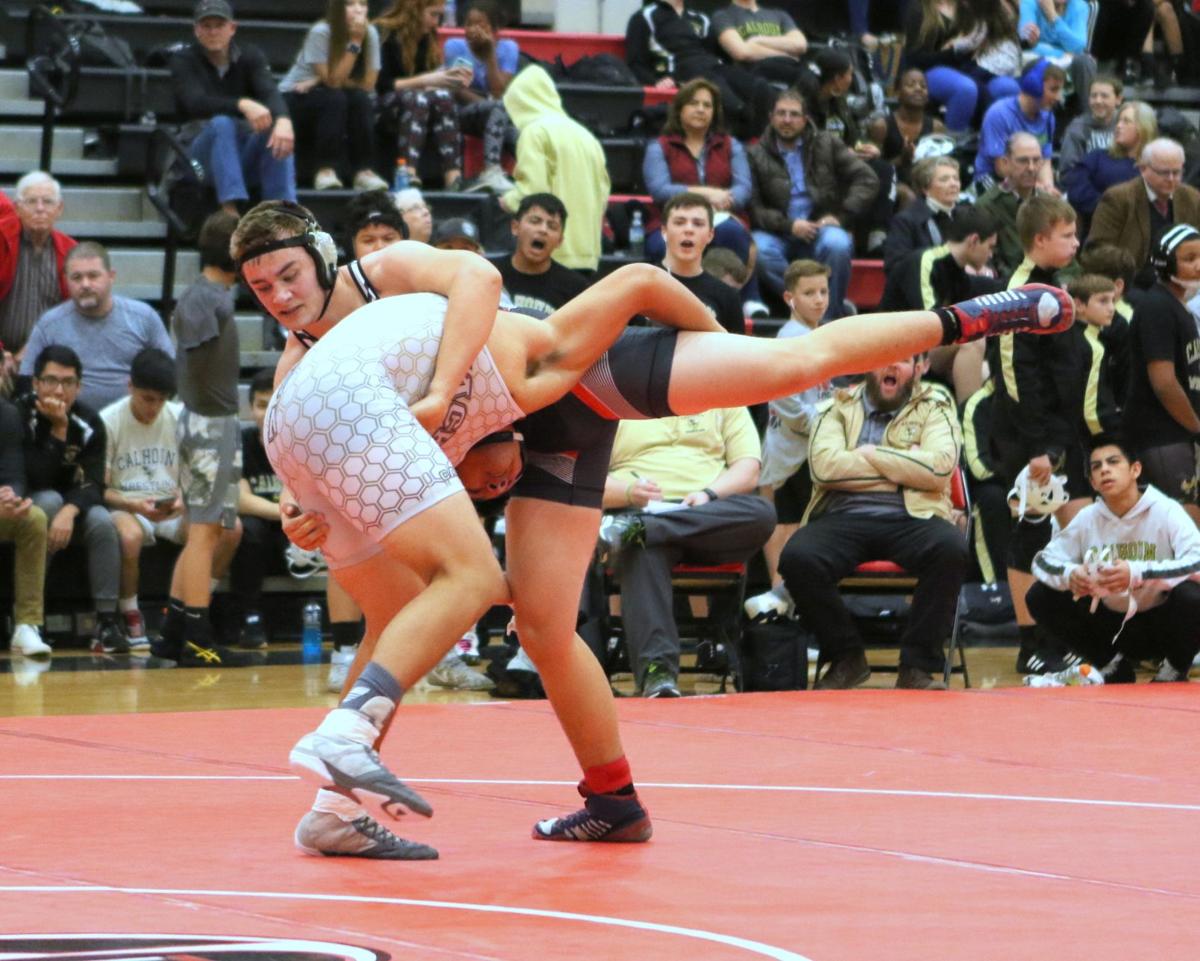 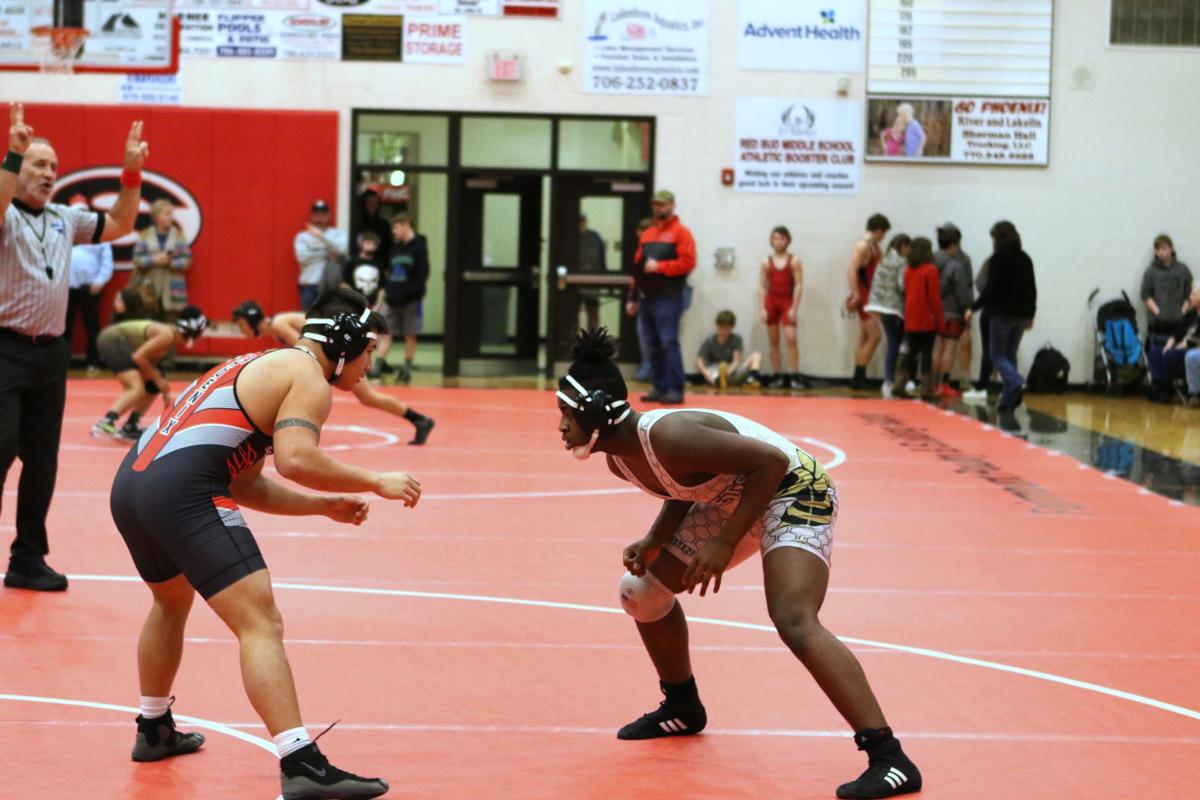 The Yellow Jackets and Phoenix battled it out on the mat during the Gordon County Championships at Sonoraville High School on Wednesday, Dec. 18.

The Yellow Jackets and Phoenix battled it out on the mat during the Gordon County Championships at Sonoraville High School on Wednesday, Dec. 18.

“We started this last year to try and make a Gordon County championship,” Phoenix Wrestling head coach Randy Steward said. “The goal, to me, was let’s try and help wrestling in Gordon County. We had a great crowd tonight which is awesome and then we thought let’s get the middle schools involved.”

“Our goal coming into tonight was just to wrestle better and to improve on our score,” Calhoun Wrestling head coach Michael Herndon said. “Our goal is to improve against (Sonoraville) every time. They are a really, really good team, two-time defending state champions, so they’re a good measure of how well we’re doing.”

“I wear my emotions on my sleeve,” Steward said. “I didn’t start crying until right towards the end (of the pregame ceremony). Just looking out over all of them. My time is coming to an end with these guys and that’s going to be real hard on me.”

Steward, in his fourth year at Sonoraville, has propelled the Phoenix to back-to-back state titles.

“I guess I am, essentially, a senior with them,” Steward said. “This is a group that was here from the beginning with me and they’ve accomplished a ton of really cool things. Hopefully they’re not done (and) finish their careers out on top is the goal.”

After the varsity matches had ended, Calhoun’s Brandon Weathers closed out the evening with a win for the junior varsity side.

“We told him to go out and just work on things we’ve been working in practice, and that’s the best he’s wrestled all year,” Herndon said. “All of our kids who wrestled ... probably the best they wrestled all year and that’s all we can ask for is just getting better. It was nice to close out on that win.”

Ashworth Middle School fielded wrestlers for the meet, but Gordon Central High School did not attend due to a lack of wrestlers on the team.

“I’m hoping they can get their program to the point where we can have a true little championship thing and rotate it around,” Steward said. “We agreed to rotate it so everybody could benefit from it from a gate standpoint.”

Wendesday’s wrestling meet was well attended, as both sides of bleachers were filled inside Sonoraville High School’s gymnasium, often referred to as “The Furnace.”

“I think there’s a lot of pride going into a night like this,” Herndon said. “They’ve grown up with these kids, they know these kids, we wrestle them three or four times during the year. For us, I think it helps having the fans here. I think it fuels us to wrestle a little bit harder, the crowd’s a little bit louder. It’s a lot of fun.”

Steward said he hopes to continue the Gordon County Championships with the two other high schools in the county lines.

“I feel this is a key signature event to help do that, and between me and (Calhoun Wrestling’s coach Herndon), ... we’ll hopefully continue to keep it going,” Steward said. “You walk in and look at the crowd tonight, to me, it looked like a basketball crowd. Wrestling is important in Gordon County, I really believe that.”