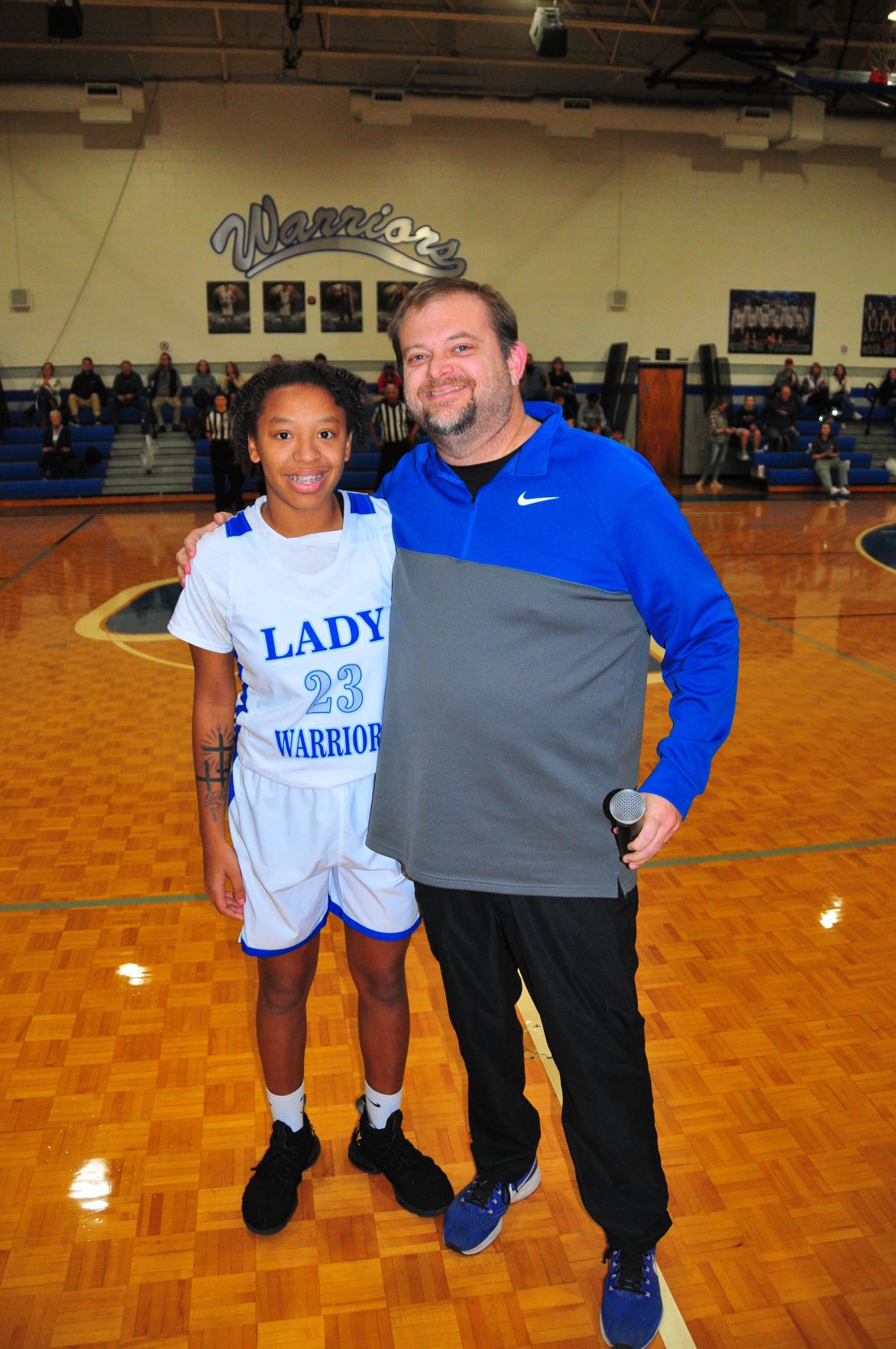 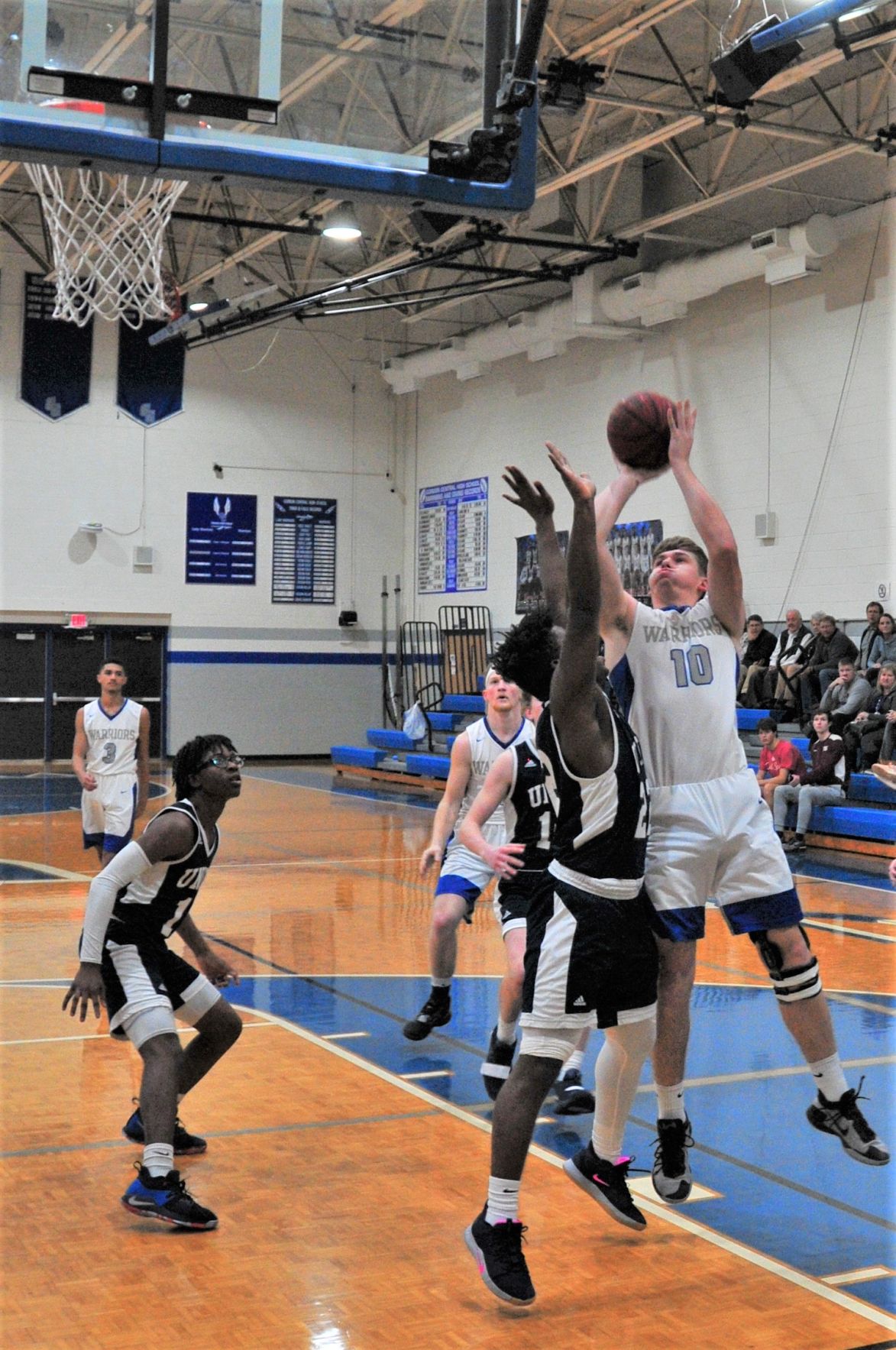 Gordon Central senior Clayton Hogue battles in the paint for a shot during the Warriors’ game against the Unity Christian Lions at Gordon Central High School on Thursday, Jan. 9. 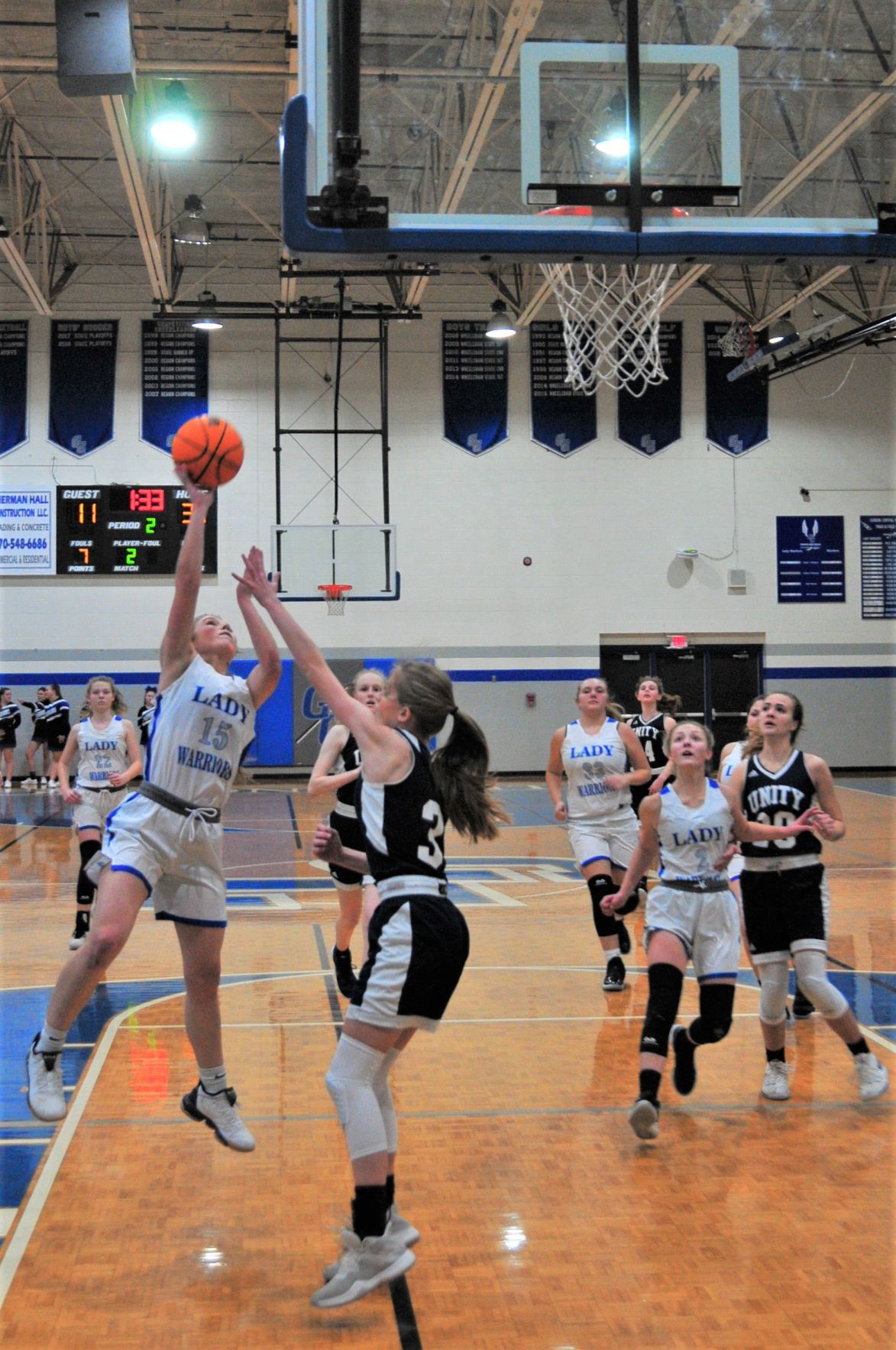 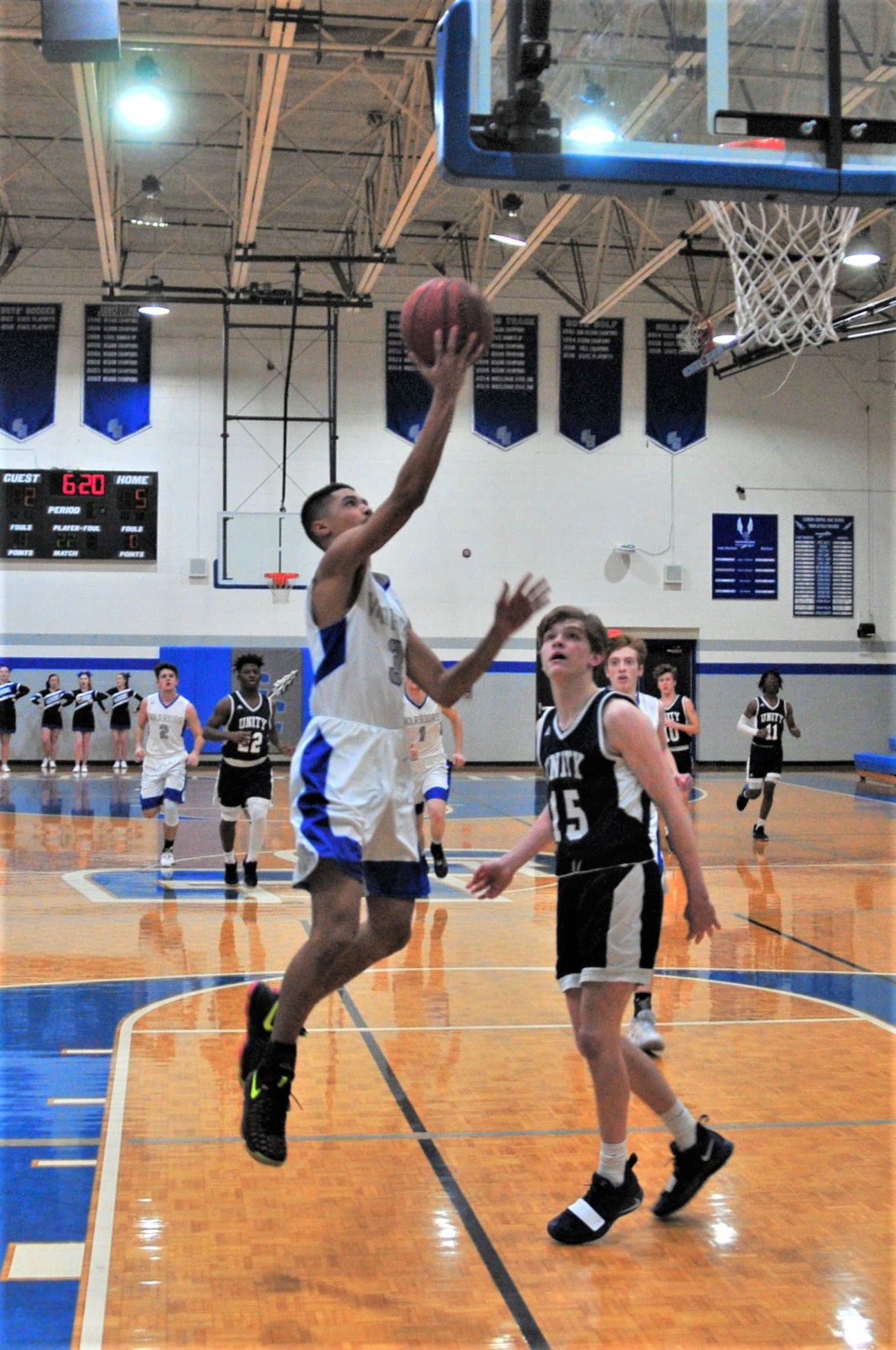 Gordon Central senior Clayton Hogue battles in the paint for a shot during the Warriors’ game against the Unity Christian Lions at Gordon Central High School on Thursday, Jan. 9.

Gordon Central’s basketball teams had plenty of positives to go around as the girls topped Unity Christian 58-27 and the boys captured their second win of the season by the score of 63-54, snapping a seven-game losing streak.

“Mercedes is a special talent,” Swanson said. “She’s special on the basketball floor, but people that don’t know Mercedes don’t understand what kind of girl she is. Just a great human being.”

Swanson said he wanted to surprise her with an impromptu announcement.

“I was probably more excited and happy that she broke the record than she was,” Swanson said. “I thought I could get a big grin out of her by surprising her, but really not a whole lot of emotions but that’s her. She’ll play a whole game and not give you a whole lot of emotion and that’s what makes her so special.”

Encircled by her teammates, Coleman received a standing ovation from the crowd. After adding in her 17-point performance against Unity Christian, she has recorded 1,562 points.

“That’s a crowd standing because they appreciate greatness,” Swanson said. “On the high school level, she’s a great basketball player, but again, everyone that was standing up there cheering for her was really cheering because they know what kind of girl she is.”

Coleman broke the previous record held by Staci Miller Banks (1,542). That name might sound familiar to many, particularly within the Calhoun city limits. Banks now serves as a teacher at Calhoun Elementary School and an assistant coach for Calhoun Lady Jackets Softball.

To the game more specifically, GC opened up an early double-digit edge, leading 36-11 at halftime. The Lady Warriors then started the second half on an 11-0 run, putting little doubt in the final outcome.

“We talked about before the game we wanted to work on us (and) we wanted to play hard,” Swanson said. “(Unity Christian) pressed us and we handled the pressure well. For us, if we rebound and take care of the basketball and play hard, we ought to be fine.”

Everyone on the roster saw ample playing time, with 11 of the 12 scoring at least two points.

From here, Gordon Central will return to region play for the remainder of the regular season.

“We got a good region, and every night, you better come ready to play,” Swanson said. “You can put all of us in a hat, shake us out and throw us out there and I don’t know which four are going to come out that gets to go to the state tournament because we’re all pretty even.”

The Gordon Central Warriors took care of business against the Unity Christian Lions 63-54, snapping a seven-game losing streak and capturing the first “W” of the new decade.

“It feels really good, especially to come back and beat them after they beat us the first time at their place,” Warriors head coach Derrick Broom said. “I told them I was proud of them. The records don’t indicate how hard they play and how much they’ve improved. It’s a good win, especially at home.”

The second quarter, though, saw a Lions resurgence. Unity went on a 21-6 run to take a brief 30-27. Huston Bryant was a perfect 5-5 on his second-quarter field goals with 12 points.

“They’re a well-coached team,” Broom said. “They’ve got several players that could start on any team in our region.”

“We had a hard time locating their shooters,” Broom said on the difference between the December meeting at Unity and Jan. 9 at Gordon Central. “Tonight, we did a pretty good job of finding (Huston Bryant). We made him give the ball up a lot more this time.”

The teams went back-and-forth in the third quarter, as neither squad could steal the momentum.

GC began to pull away in the fourth as junior Kade Steward knocked down a three from the corner, then on the next possession battle for an score and one more.

Unlike the last time the two teams met at Unity, the tables had turned and the Lions found themselves in desperation. With little time remaining in the fourth, senior Montre Henderson knocked down 5-of-6 critical free throws from the line to seal the deal.

“We’ve had several games where, had we just hit our free throws, we would’ve won, one of them being at their place,” Broom said. “We missed 17 free throws. Being able to hit our free throws (tonight) when they needed, Montre, our senior, stepped up and hit very clutch free throws at the end. I tell them all the time, free throws are going to win games and that’s what helped us tonight put it away.”

Broom said the home-court win was a confidence booster for his squad.

“We’ve still got a lot to improve on, but we’re getting better,” Broom said. “I know it doesn’t show in the records, but we know what we see and what we’re coaching and they’re getting better every day and that’s what matters at the end.”

After region battles at Coosa and versus Model, the Warriors host Rockmart High School on Friday, Jan. 17. Tipoff for the Lady Warriors is scheduled for 7 p.m., immediately followed by the GC boys at 8:30 p.m.

Biden says video released by Sanders campaign is ‘a lie’