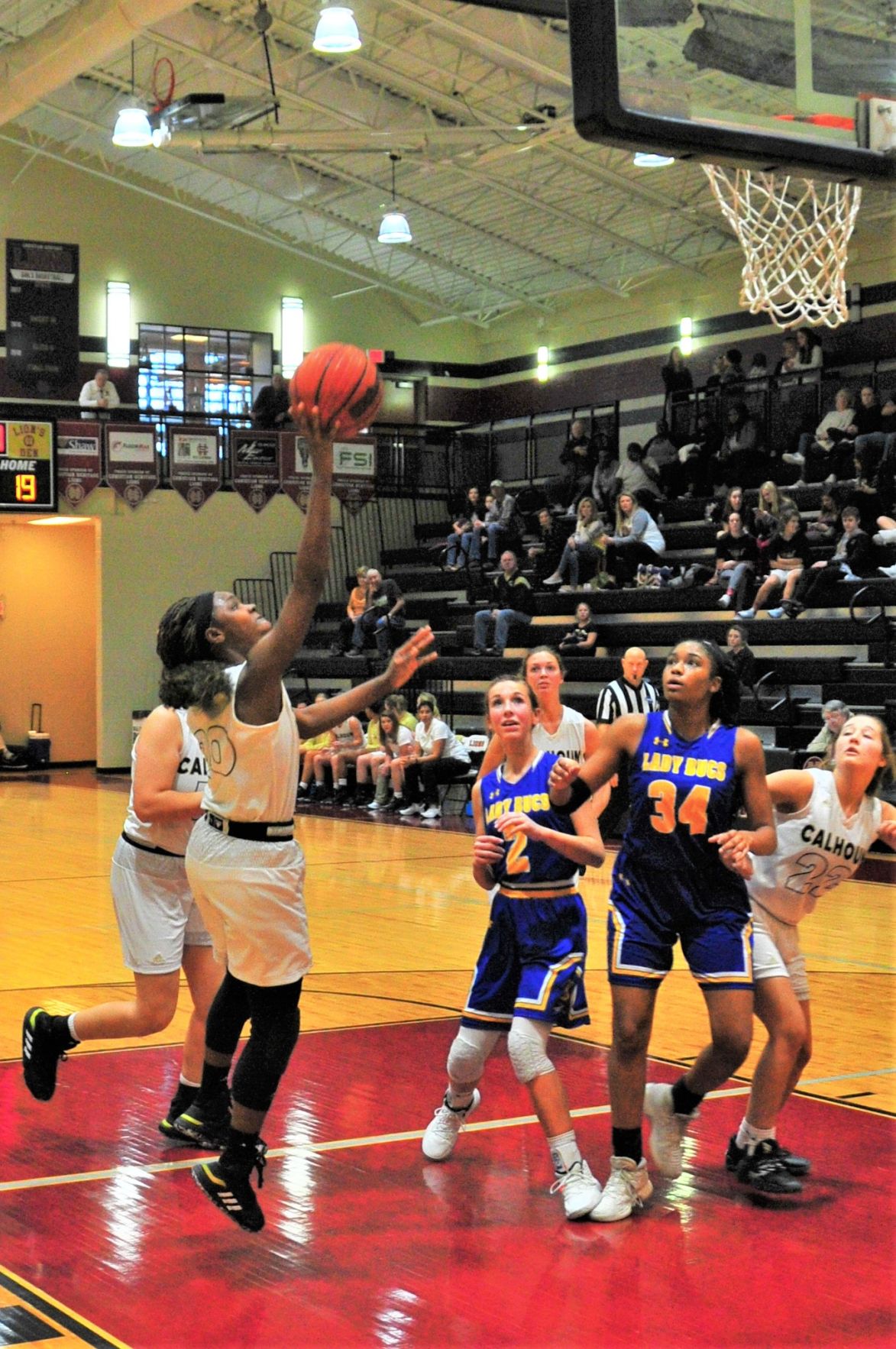 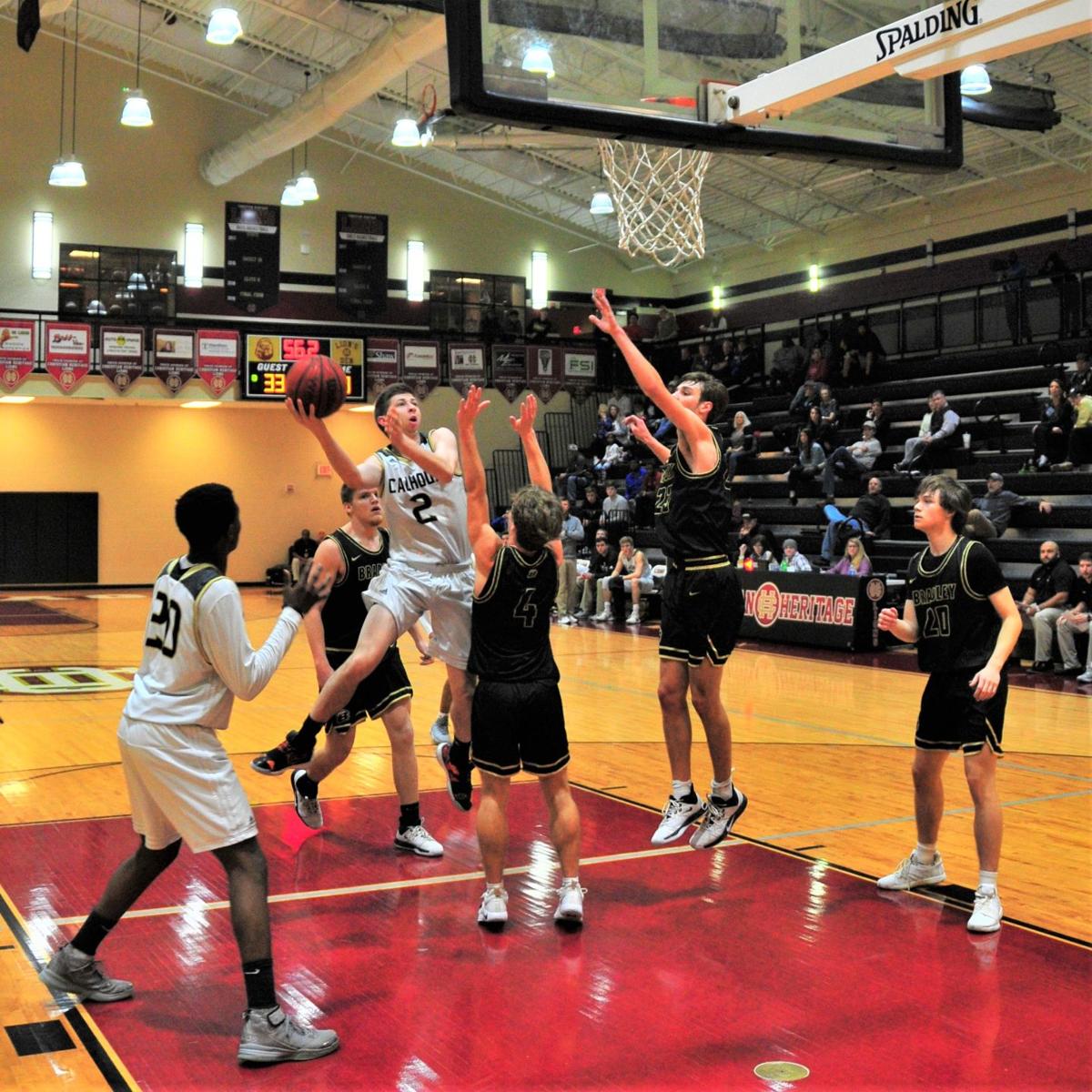 Calhoun senior Gage Maffetone battles in the paint during the Yellow Jackets’ game against the Bradley Central Bears (TN) at Christian Heritage School on Friday. 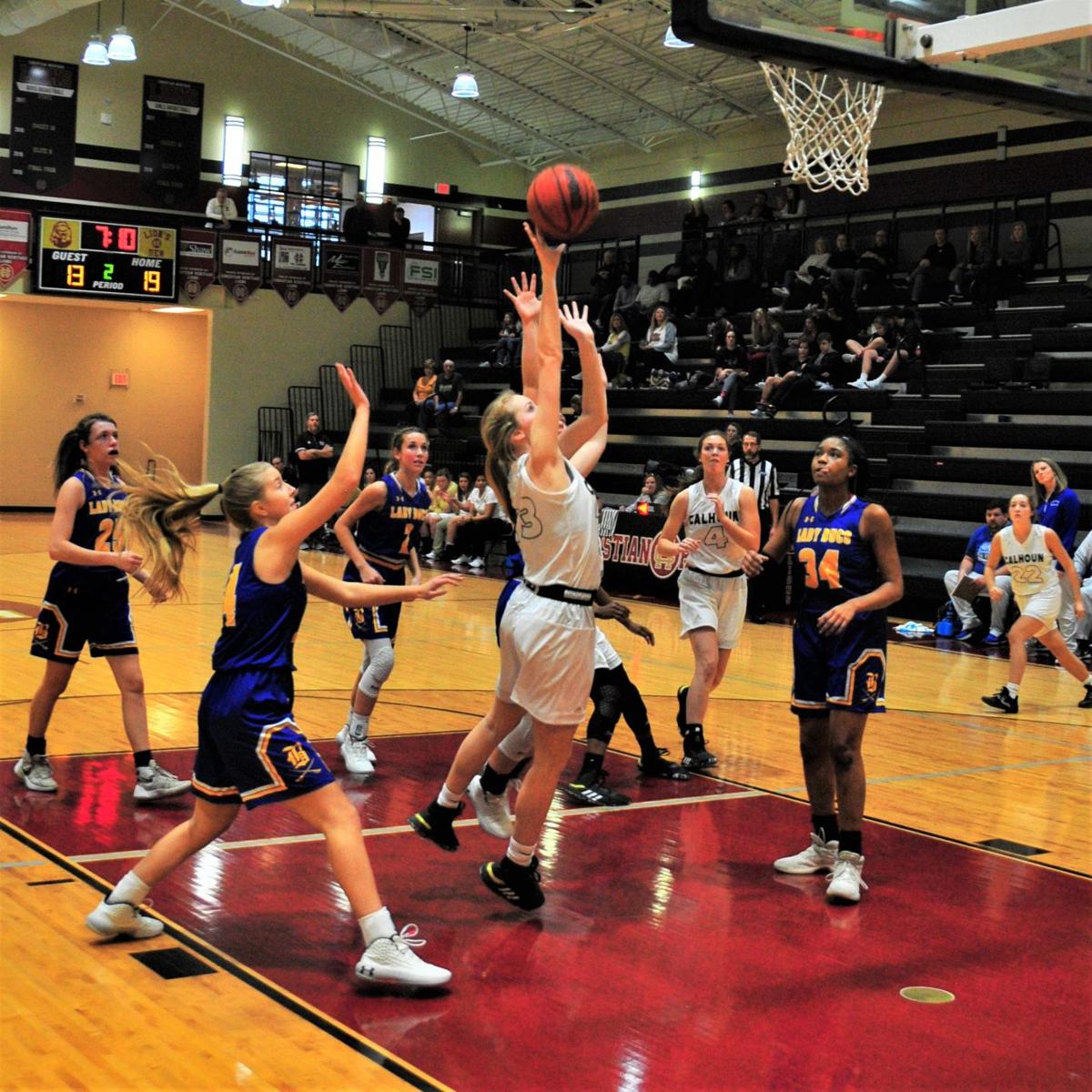 Calhoun senior Anna George goes for a layup during the Lady Jackets’ tournament game against the Boyd Buchanan Lady Buccaneers at Christian Heritage School on Friday. 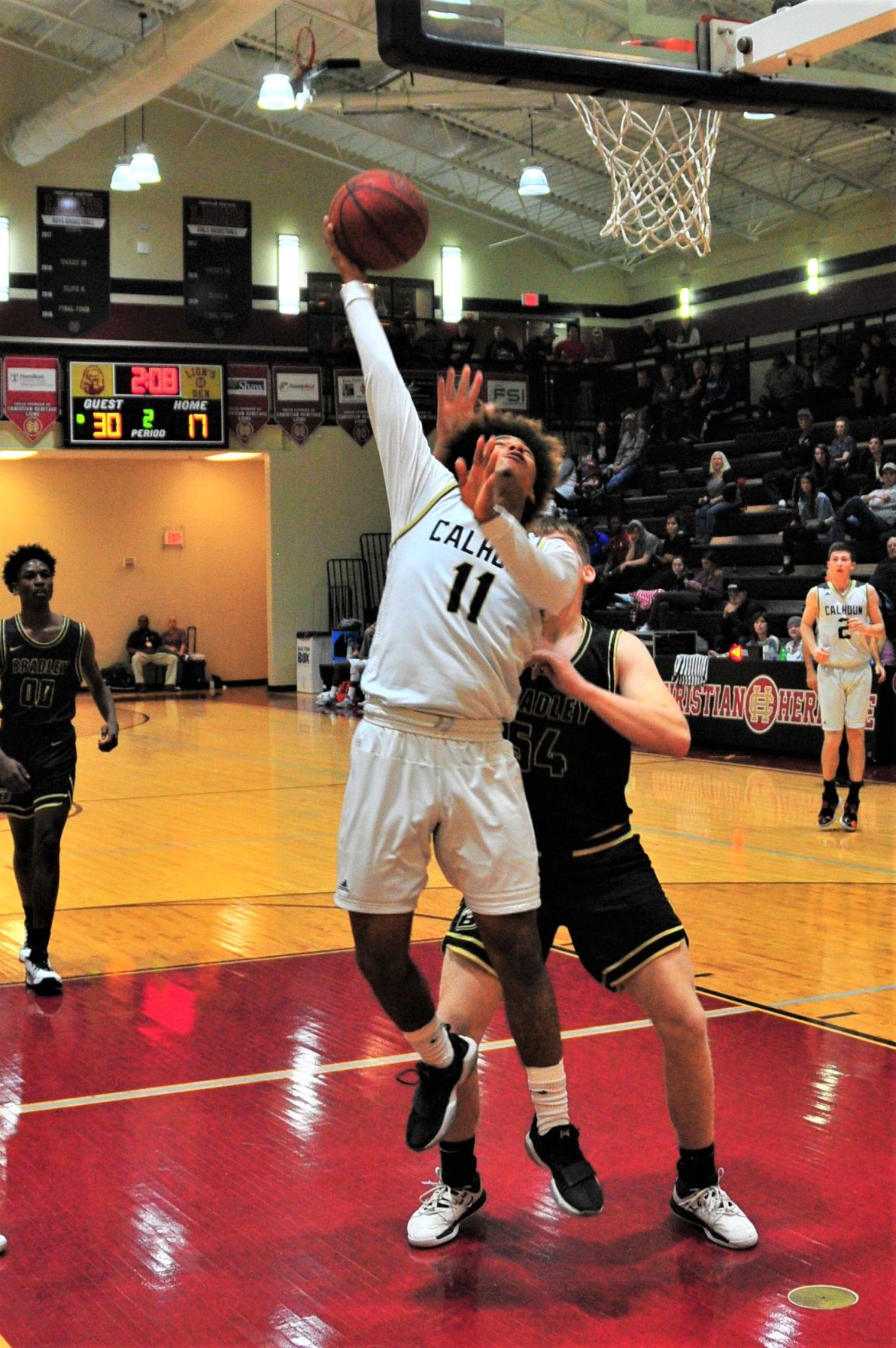 Calhoun sophomore Blaze Hammett goes for the basket during the Yellow Jackets’ tournament game against the Brady Central Bears at Christian Heritage School on Friday.

Calhoun senior Gage Maffetone battles in the paint during the Yellow Jackets’ game against the Bradley Central Bears (TN) at Christian Heritage School on Friday.

Calhoun senior Anna George goes for a layup during the Lady Jackets’ tournament game against the Boyd Buchanan Lady Buccaneers at Christian Heritage School on Friday.

Calhoun sophomore Blaze Hammett goes for the basket during the Yellow Jackets’ tournament game against the Brady Central Bears at Christian Heritage School on Friday.

Saturday holiday tournament action did not go according to plan for Calhoun as the Yellow Jackets fell to the Boyd Buchanan Buccaneers (TN) 58-47 while the Lady Jackets came up short in overtime against the Christian Heritage Lady Lions 62-57.

The Calhoun Lady Jackets had an opportunity to win the game late in regulation, but could not produce a game winner. In the four-minute overtime, Christian Heritage capitalized on Calhoun miscues en route to a five-point victory.

"We scrimmaged (Christian Heritage) in our preseason and they wore us out pretty good, so I think it shows how far we've come," Lady Jackets head coach Jaime Echols said. "But I told the girls in the locker room we're beyond the point of moral victories. We've got to expect to win games like this. The last couple of minutes of the game in overtime was very poor execution on our part."

Halfway through overtime, only one point had been scored (a Lady Jacket free throw). Calhoun trailed 57-55 with 30 seconds to play, but turnovers and fouls ultimately solidified the fifth defeat of the 2019-20 campaign.

"We've got to get more comfortable when teams put a lot of pressure on us," Echols said. "(Christian Heritage) ran that 1-3-1 on us and they were trapping us and we can't panic in those situations."

"When we get Britiya and Anna rolling offensively and everyone else can do what they're capable of doing on the offensive and defensive end, I think we can play with anybody," Echols said. "We've just got to bring it every night and execute fundamentals defensively and expect to win."

Echols said the most enjoyable part of the Christmas tournament to that point was being in a close-game, OT situation, knowing the group could learn from it.

Echols said he is overall pleased with where Lady Jackets are, but noted there's plenty to improve upon as the team begins the January push.

"We told the girls the very first day of practice our goal was to get better every day we walked in the gym, and I think we've done that," Echols said. "I see us on track to accomplishing the things we want to accomplish if we keep progressing the way we have been."

The Calhoun Yellow Jackets are on a losing streak for the first time this season as the team could not keep up with Boyd Buchanan, falling by 11. While the game remained tight through three quarters, Calhoun was ouscored 20-11 in the final eight minutes, committing critical mistakes down the stretch.

"We kept it tight for a little while, but I think we had a stretch right there in the fourth (where) we turned it over four out of five times," Yellow Jackets head coach Vince Layson said. "In a tight ballgame, you make those crucial mistakes, it comes back to bite you."

Given an emotional 62-60 Friday loss to Brady Central (TN), Layson said it was understandably difficult for the team to battle back with full engines less than 24 hours later, but added that's not a viable excuse.

Despite the back-to-back losses, Layson said his team is better for it as tournament play oftentimes features a healthy dose of skilled challengers.

"We've played some good competition," Layson said. "Bradley Central is a very good, athletic team. Boyd (Buchanan) has been the best well-coached team we've played against this year, so kudos to those guys. If you're going to go into the region tournament, state tournament, you've got to be able to bring it night after night."

The Carpet Capital Classic concludes on Monday as the Lady Jackets face Heritage (Ringgold) in the third-place game at 3 p.m., while the Yellow Jackets battle Collegedale Academy (TN) in the seventh-place contest at 4:30 p.m.