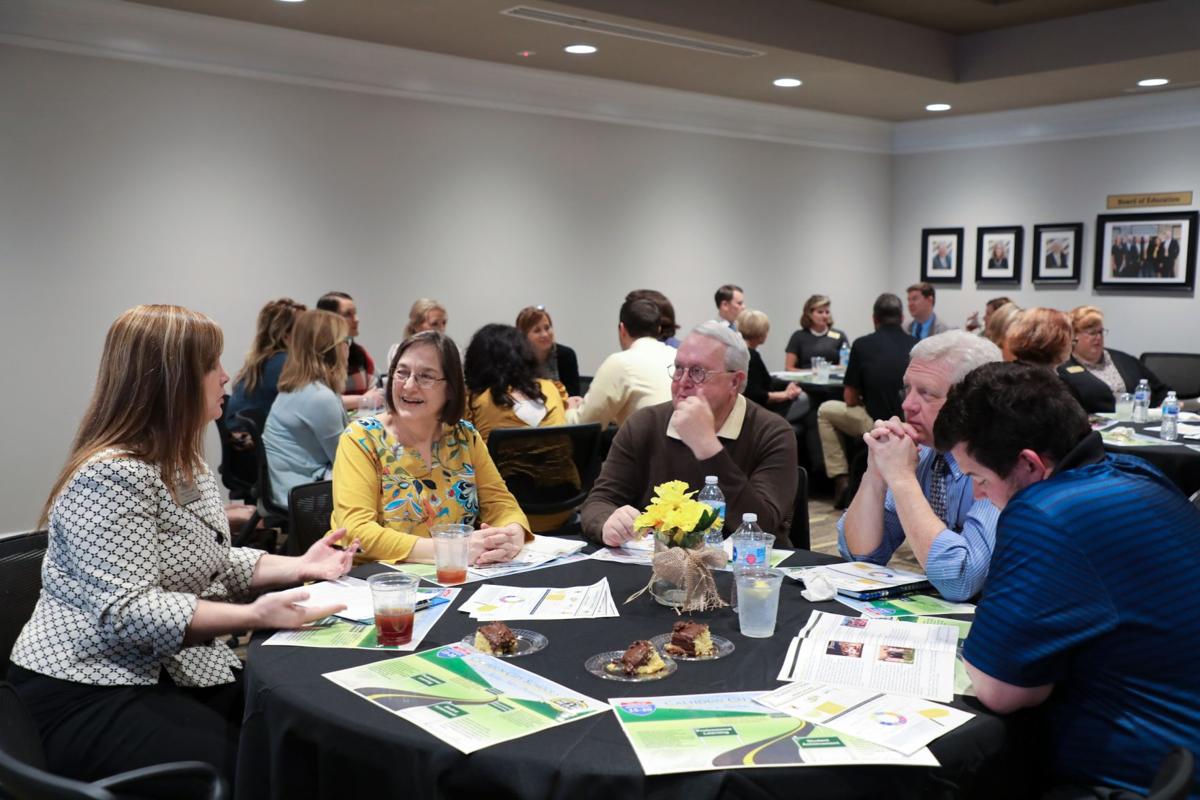 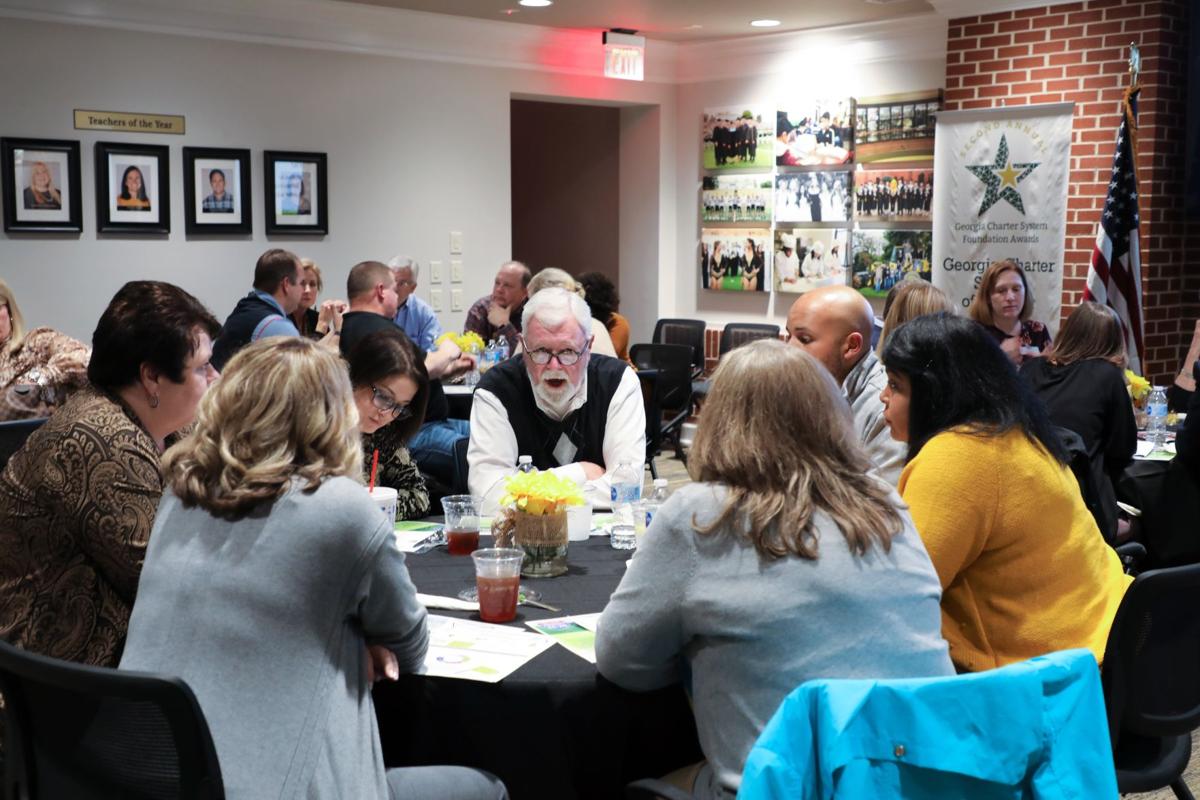 Larry Vickery discusses education with others at his table.

Larry Vickery discusses education with others at his table.

Calhoun City Schools hosted its first meeting of the year on Tuesday to discuss the system’s 2020-2025 Five Year Strategic Plan, and Superintendent Michele Taylor explained that feedback from the participants of the event will be used to further shape the plan that was discussed.

Deb Page, president of the Institute for Performance Improvement, led the event Tuesday, walking a room packed full of educators and community members through the plan and asking groups to talk about what the contents of the plan mean to them and how they see those goals being achieved.

Themes that repeatedly surfaced included training students to be lifelong learners, competing with technology for student attention, preparing students to be able to adapt and overcome problems, and developing so-called soft skills such as dressing appropriately, being on time and being concerned about and active in one’s community.

Calhoun Primary School Principal Mana Smith was the note-taker for one of the groups, and she told the audience that people at her table had discussed how “excellence in education” can look different to different people and how teachers are working to prepare students for jobs that may not even exist yet.

“We talked about how students need to be ready for tomorrow, even if we don’t know what tomorrow is yet,” Smith said.

Page also emphasized that idea, pointing out how differently the current job market looks compared to five or 10 years ago. She said research predicts that the demand for unskilled workers will continue to drop as automation continues to expand.

Page challenged the groups to talk about how aware they believe teachers and the community are of these potential obstacles and how that might impact schools, the economy and the overall quality of life.

“We are living in a world when things are so rapidly changing,” Page said.

The planning session featured several pauses for group discussions regarding various sections of the plan, and the notes taken by each group were given to Taylor for her consideration as the system continues to modify the five year plan. A second meeting for local business partners and other community members was conducted on Wednesday.

Taylor said the meetings this week are not the last stop. Participants will also receive surveys to provide additional feedback, and there are more meetings scheduled at later dates so that others can weigh in on the plan.

“It’s looking long range to decided what we can and need to do to best meet community expectations,” said Taylor.

Page praised the school system and the community for being proactive and considering these things ahead of time, noting that not every school system takes such an approach.

House Dems to outline case for removing Trump from office