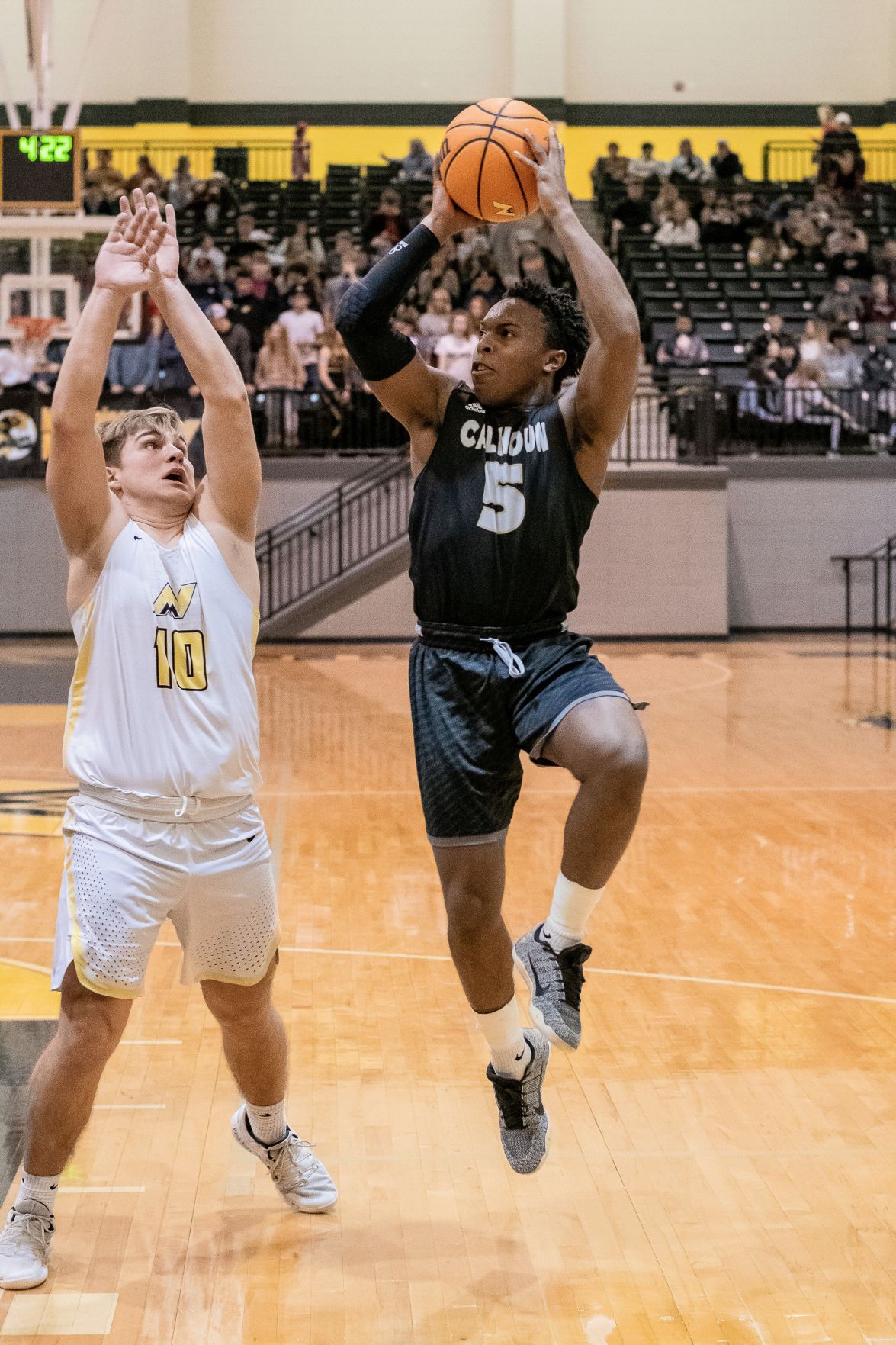 Calhoun sophomore Christopher Lewis goes for a shot against the North Murray Mountaineers in a region tournament game at Mountaineer Arena on Friday, Feb. 7. 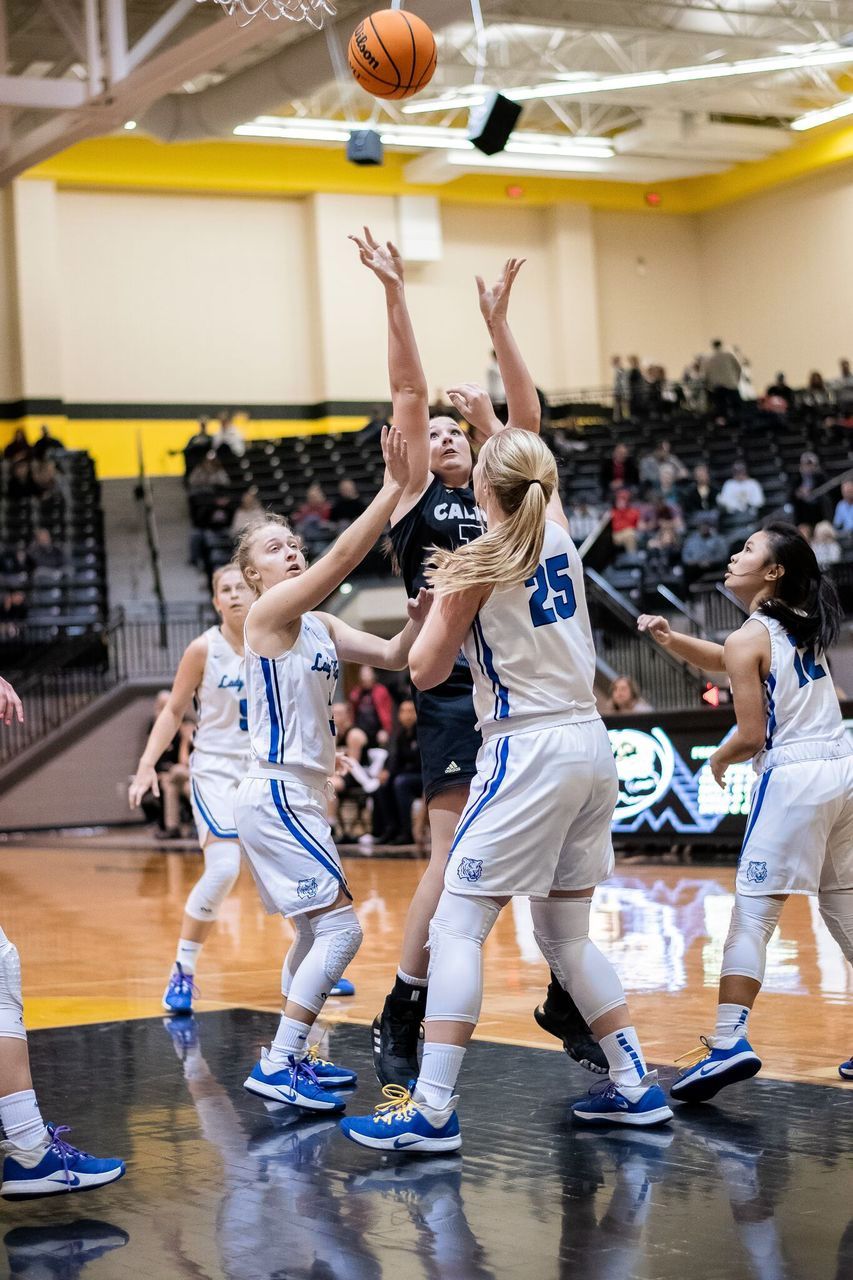 Calhoun junior Lyndi Rae Davis goes for a basket against the Ringgold Lady Tigers in a region tournament game at Mountaineer Arena on Friday, Feb. 7. 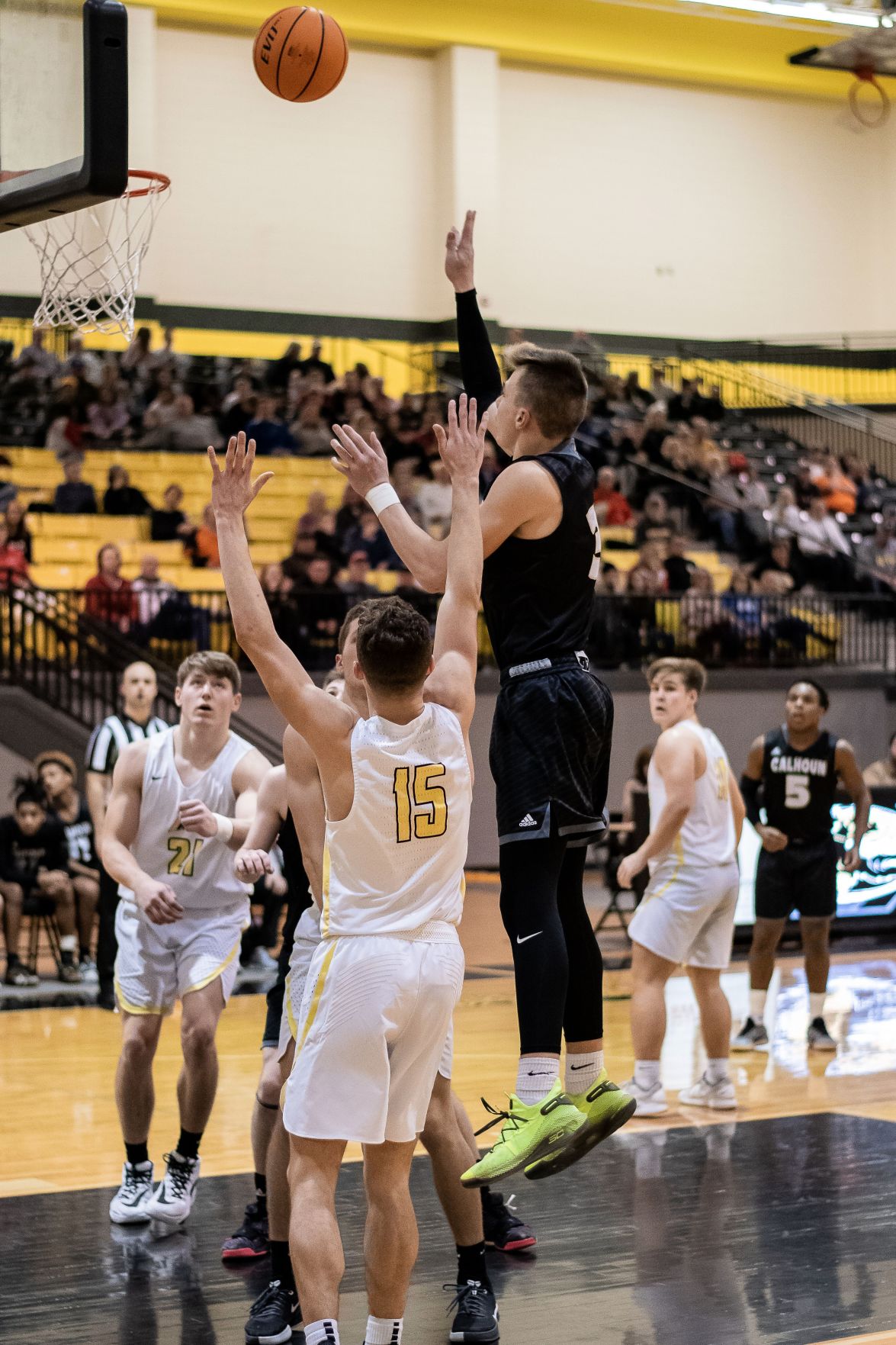 Calhoun sophomore Peyton Law goes for a one-handed shot against the North Murray Mountaineers in a region tournament game at Mountaineer Arena on Friday, Feb. 7. 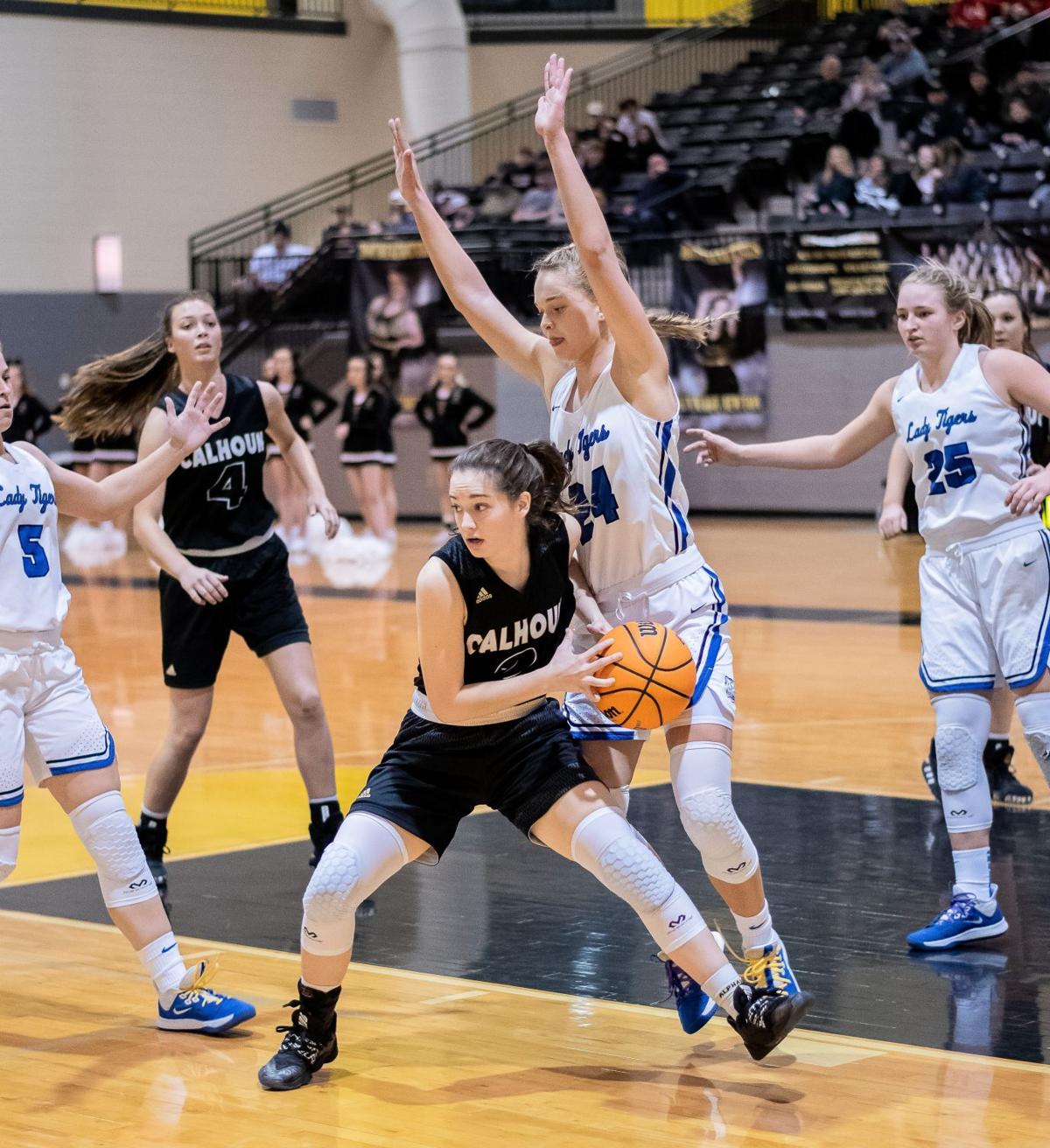 Calhoun junior Mattie Jane Mashburn looks for an outlet pass against the Ringgold Lady Tigers in a region tournament game at Mountaineer Arena on Friday, Feb. 7.

Calhoun sophomore Christopher Lewis goes for a shot against the North Murray Mountaineers in a region tournament game at Mountaineer Arena on Friday, Feb. 7.

Calhoun junior Lyndi Rae Davis goes for a basket against the Ringgold Lady Tigers in a region tournament game at Mountaineer Arena on Friday, Feb. 7.

Calhoun sophomore Peyton Law goes for a one-handed shot against the North Murray Mountaineers in a region tournament game at Mountaineer Arena on Friday, Feb. 7.

Calhoun junior Mattie Jane Mashburn looks for an outlet pass against the Ringgold Lady Tigers in a region tournament game at Mountaineer Arena on Friday, Feb. 7.

Calhoun’s basketball teams did not have an ideal semifinal experience at the Region 6-AAA tournament. The Calhoun Lady Jackets fell to the Ringgold Lady Tigers 66-38 and the Yellow Jackets lost a close one to the North Murray Mountaineers 70-67.

Less than 24 hours earlier, the Calhoun Lady Jackets had celebrated a thrilling come-from-behind, double overtime victory over North Murray. The win pitted Calhoun against No. 1 seed Ringgold, who had been off since the previous Friday.

The rested Ringgold squad stormed out to a double-digit lead early and never looked back en route to a 28-point victory.

“Ringgold played great. They deserved to win,” Lady Jackets head coach Jaime Echols said. “We were double overtime (the previous night) and we had tired legs. I think anytime you have a huge, emotional win like we had (against North Murray), turn around and play 24 hours later is a tough task.”

From the onset, it was clear the Lady Tigers came ready to play, as their speed and superb defense allowed the team to build a double-digit advantage early and maintain it.

“I told the girls don’t let what happened tonight override what happened (Thursday) night,” Echols said. “(The Lady Tigers) come out and guard you tight which made our kids uncomfortable. That had nothing to do with our legs ... it was just good defense on their part.”

The Lady Jackets have another quick turnaround as the prepare to face the Coahulla Creek Lady Colts, who lost to the Sonoraville Lady Phoenix in the other semifinal matchup.

“We’ve had two really good games with Coahulla Creek,” Echols said. “I suspect it will be a good game. What I expect from our team is we’re going to play hard.”

The North Murray Mountaineers continued their undefeated streak in Region 6-AAA as they defeated the Calhoun Yellow Jackets 70-67 to advance to the region final against the Lakeview-Fort Oglethorpe Warriors. Calhoun will play in the consolation game.

“You’ve got to take the positives away from it,” Yellow Jackets head coach Vince Layson said. “(North Murray’s) a really good ball club. To be able to come in to their place, lead the first half (and) part of the third quarter, that’s a positive to take. I told (the team) anything can happen. We can go on the road in the playoffs and stun some people as long as they bring the intensity.”

After North Murray senior Ladd McConkey had missed both free throws after a foul, Calhoun senior Gage Maffetone got the ball and tossed up a desperate heave with a chance to tie the game at the buzzer. It fell just short and the Mountaineers held on.

“(The team) took it hard. Their heads are down, as they should be,” Layson said. “We’ve got to shake it off because we’ve got another big game ... with Adairsville.”

“Peyton Law stepped up and play the best game that I’ve seen him play in his career,” Layson said. “If he can continue to play at that level, it makes us deeper. As a whole, if we can come out and we can play defense and rebound and battle that way, like I said we can play with anybody.”

After trailing 20-18 after the first eight minutes, Calhoun started the second quarter hitting four three pointers in five possessions, contributing to a 14-0 run to 32-20.

“Our pregame points of emphasis were to play free,” Layson said. “Don’t second-guess your shot. Usually your first instinct is your best instinct.”

However, the Mountaineers sparked a comeback, and during a 9-1 streak in the fourth quarter, took the lead for good. The contest was a stark contrast to the Jan. 25 game at North Murray, where the Jackets lost by 22.

“One, my assistant coaches have done a phenomenal job breaking down film, player tendencies ... and then we’ve been able to apply it,” Layson said. “That’s something we haven’t been able to do this year for a whole run of games is being able to be coach-able and they’ve been coach-able the last few games and it’s shown.”

The Yellow Jackets will now battle Adairsville in the consolation game. Adairsville began the tournament as the No. 6 seed, and Layson noted how the Tigers have been playing good basketball as of late.

“There’s a big difference in being a four seed and going on the road to face a region champion versus a three and a region runner-up,” Layson said. “We proved ... we can play with anybody.”